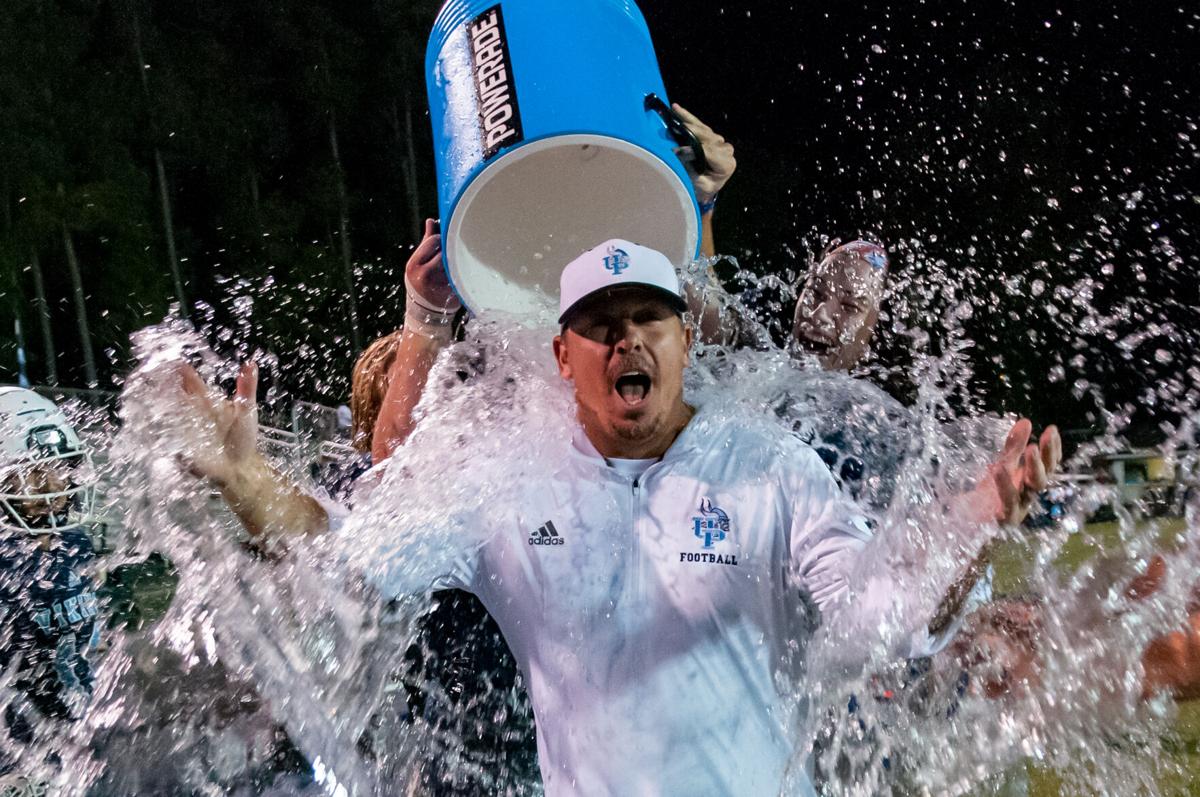 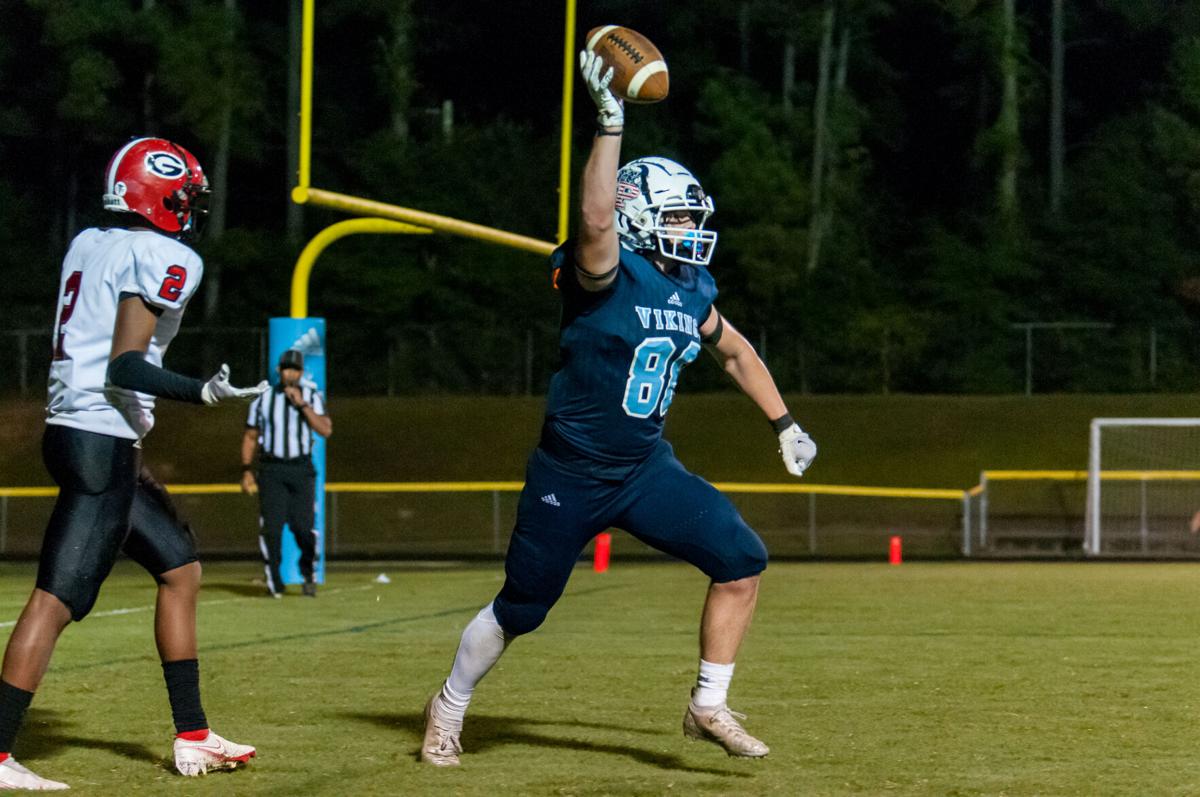 Union Pines’ Oliver Cooper (88) celebrates his score off a pass deflection during a home game against Graham Friday. Union Pines defeated Graham, 55-18, for its first win of the season.

The Union Pines football team was on a four-game losing skid heading into Friday night against the Graham Red Devils. The Vikings were looking for their first win of the season and they found that in a 55-18 win over the Red Devils.

The Vikings got it started fast and early when the opening kickoff was returned 88-yard touchdown by Ethan Biggs to give the Vikings an 8-0 lead after a successful 2-point conversion by Russ Schaper. The Red Devils would then fumble on the kickoff resulting in a Vikings’ (1-4) recovery, this would then set up a touchdown pass from Ben Finkelstein to Kelby Wright for a 68-yard touchdown to make it a 14-0 lead early in the contest.

Two possessions later, Union Pines’ Christopher Gilbert blocked a punt which then set up a 4-yard touchdown run by Schaper and successful 2-point conversion to extend the lead 22-0. The Vikings got the ball back and drove it right down the field, this time a 21-yard touchdown run by Damon Bremer made it 29-3.

Keeping the momentum rolling into the second half, Finkelstein found Oliver Cooper for an 11-yard touchdown pass. Flood would find Khavarie Hightower for a 50-yd touchdown bringing the score to 49-18 later in the third for the Red Devils.

The Vikings would then strike one last time on a handoff to Brandyn Hackett from Antwon Wilson to make it 55-18.

Now after claiming its first win of the season, Union Pines will travel to Scotland next Friday. Graham falls to 2-3 and will have bye before hosting Chatham Central the following week.