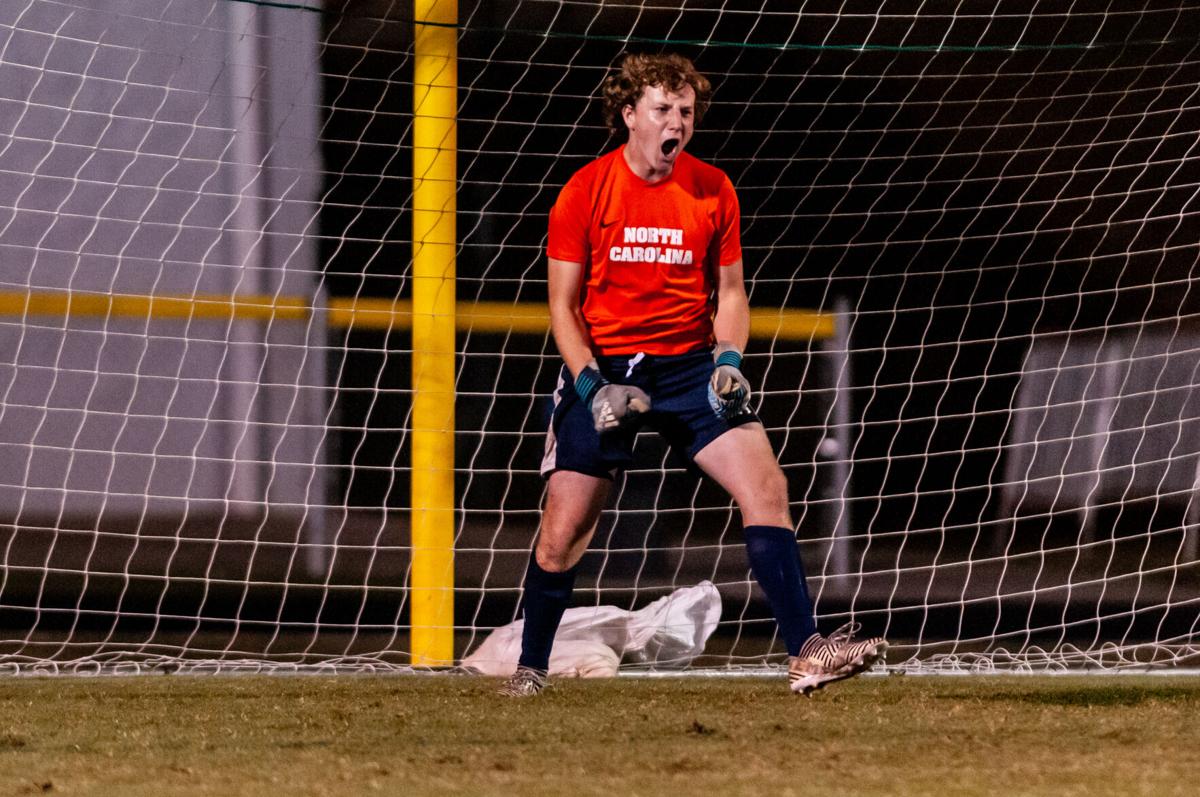 Union Pines goalkeeper Sean Blatz reacts after stopping an overtime penalty kick during a Tri-County Conference game against Lee County last season. Blatz was named the conference's goalkeeper of the year this season. 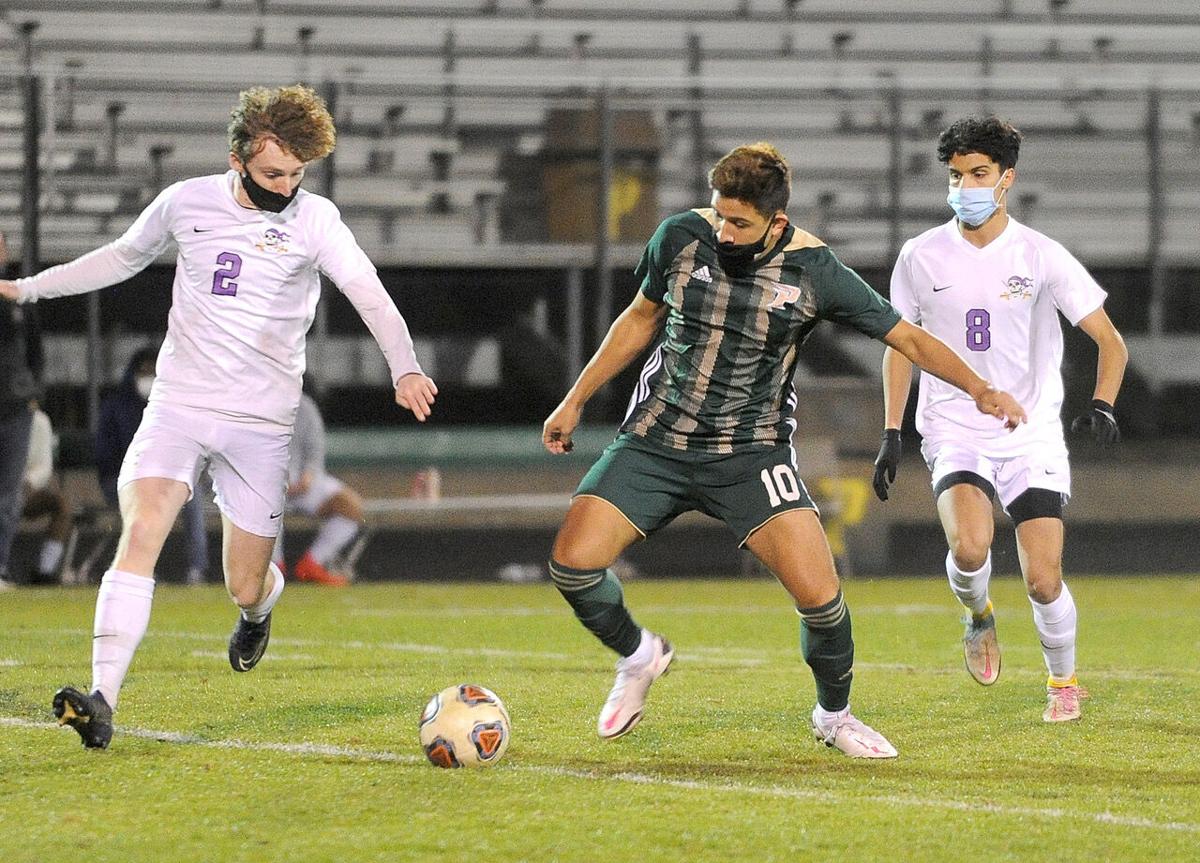 Pinecrest senior Nick Vences dribbles through the Jack Britt defense in a game this season. Vences led the Sandhills Athletic Conference in assists and led the Patriots to the conference title and a playoff berth during his player of the year campaign.

Vences served as both a vocal and a physical leader for the Patriots, who finished the season 14-1 and lost in the first round of the state playoffs in a shootout to Ashley, earned Sandhills

Blatz was named the Tri-County Conference’s goalkeeper of the year. He also split his time between the pipes and out in the field this season for the Vikings.

The Sandhills player of the year led the conference in with 12 assists and scored 18 goals, good enough for third-best in the conference. He was one of six players from Pinecrest named all-conference this season. Those selections include seniors Johnny Grgurevic, Gray Smith and Jason Koepp, along with juniors Landon McMinimy and Gerald Ofosu.

Ofosu finished tied for the Sandhills Athletic Conference goal-scoring lead with 21 goals this season. Grgurevic scored 13 goals and assisted on nine other scores this season. McMinimy finished third on the team with seven assists and also scored four goals. Smith played a vital role at all three levels for the Patriots, and found the back of the net eight times. Koepp was a linchpin in the defense half of the field for the Patriots that allowed three goals total in 14 regular season games.

Blatz was one of four Union Pines players selected all-conference by the Tri-County Conference. The Vikings finished the season 5-4-1, with a 4-4 record in conference play.

Verchick scored three goals and had five assists as a senior. Daugherty scored five goals in his final season for the Vikings and Booker was a key piece of a defense that held opponents to less than two goals per game on average.

The Mustangs went 4-3 overall and earned a spot in the state playoffs.