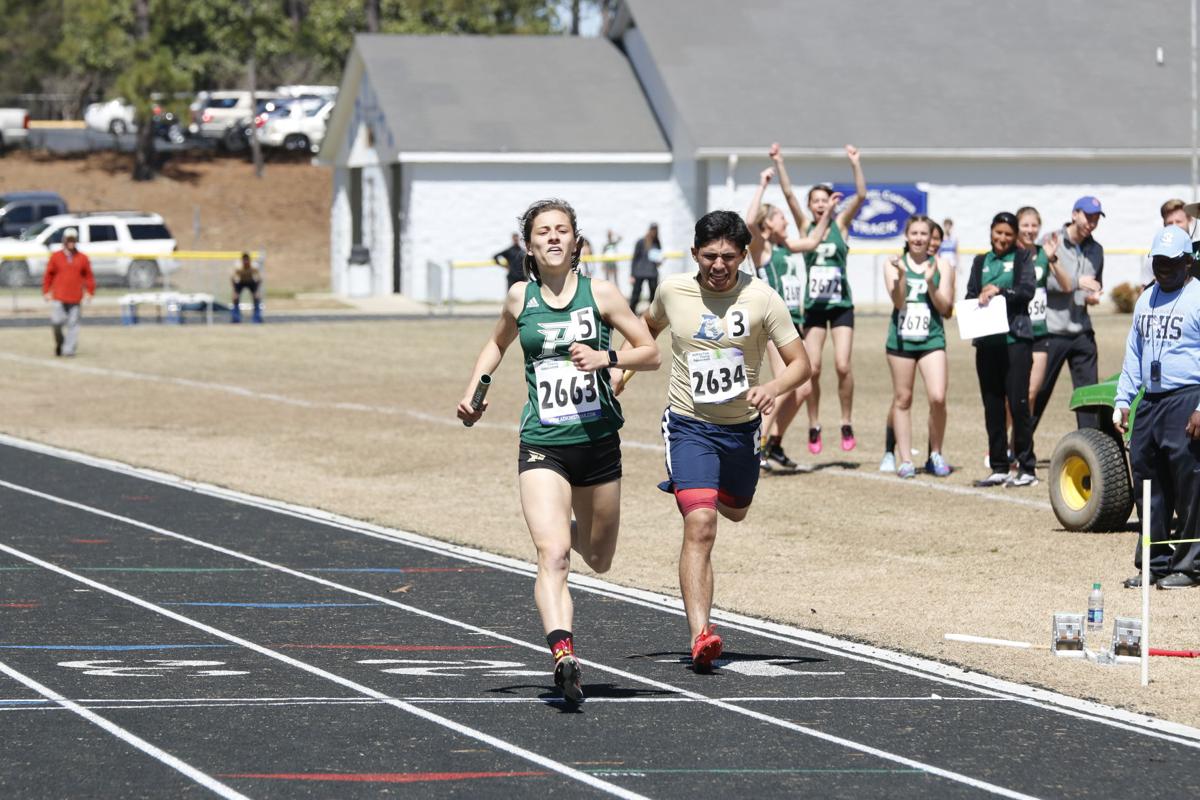 Macie Kavanaugh gets the win at the wire for the Patriots in the co-ed sprint medley relay event at Union Pines Saturday. 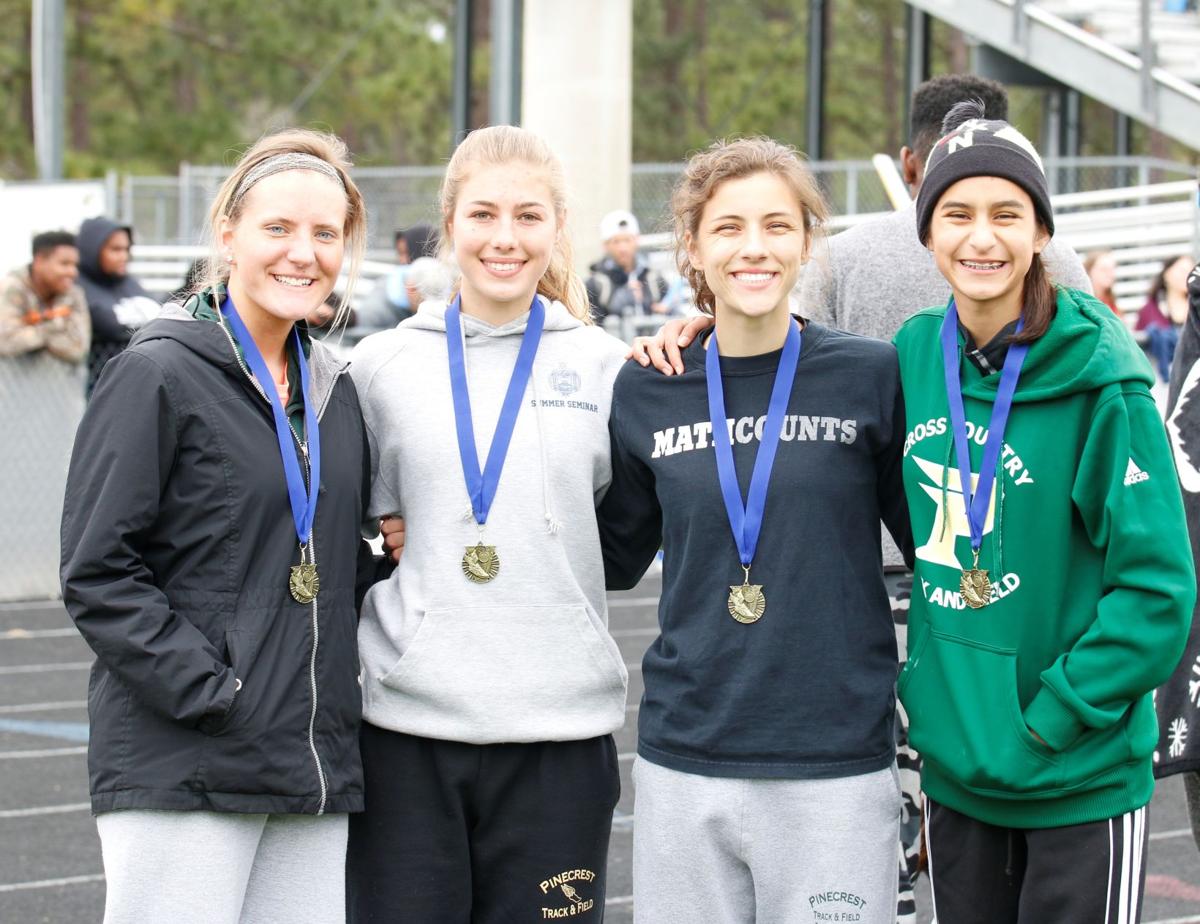 The Lady Patriots distance medley relay team of (from left) Izzy Vibbert, Emily Ettrich, Macie Kavanaugh and Carmen Alder not only won the event but also set a school record that qualified them to participate in the New Balance Nationals.

Highlights for the Lady Patriots were the girls’ sprint medley relay team of Emily Ettrich, Izzy Vibert, Kirsten Provencher and Macie Kavanaugh competing in the co-ed event, winning the event with their time of 4:19.73, also earning them the school record; Madeline Tyson finishing in second place in the girls’ pole vault with her vault of 6-0; and the 4x400-meter relay team finishing in fourth place, crossing the line in 4:32.68.

Highlights for the Patriot boys included Cody Leuenberger finishing in third in the boys’ pole vault, vaulting 8-0; and Caleb Nocton placing fourth in the boys’ 3,200 with his time of 11:25.36,

Highlights for the Viking boys included Trace Fraley winning the 3,200 with his time of 11:17.50, followed by fellow Viking Sam Patterson placing second, running 11:18.71; Ethan Sherrard winning the boys’ pole vault with his vault of 10-0, followed by fellow Viking Michael Collins who placed second, vaulting 8-0; and Scott Graham finishing in first and second in the boys’ discus and shot put, throwing 130-11 and 39-9.

The highlight of the day was the Patriot girls distance medley relay team consisting of 1,200-meter leg Emily Ettrich, 400-meter leg Izzy Vibbert, 800-meter leg Macie Kavanaugh and 1,600-meter leg Carmen Alder. The girls pushed hard and finished first overall, and their time of 12:25.64 qualified them for New Balance Nationals and earned them the school record.

The Patriots will compete in their fifth conference meet of the year April 12 at Jack Britt High School in Fayetteville.

Helen West is a member of the Pinecrest girls’ track and field team.