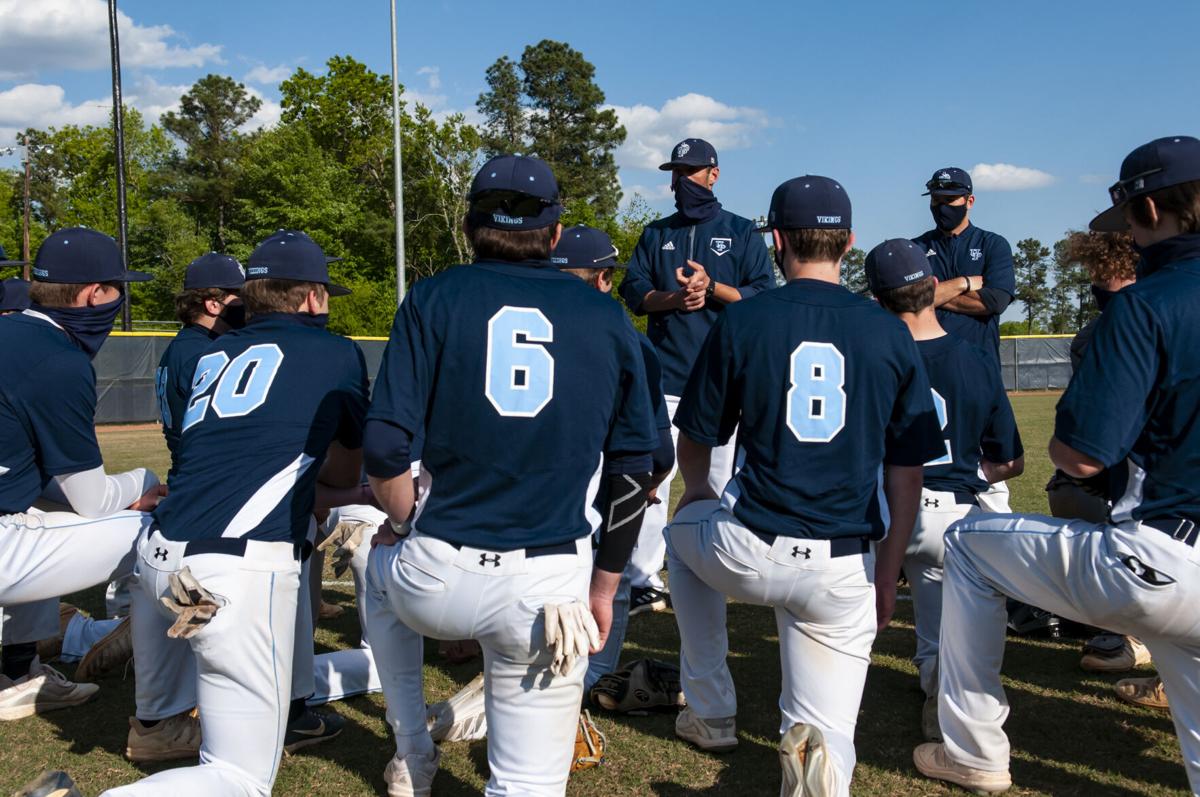 Union Pines Vikings head coach Eric Marion talks with his team before a scrimmage against Pinecrest last week at home. The Vikings opened the season with a 3-1 win over Anson at home on Tuesday. 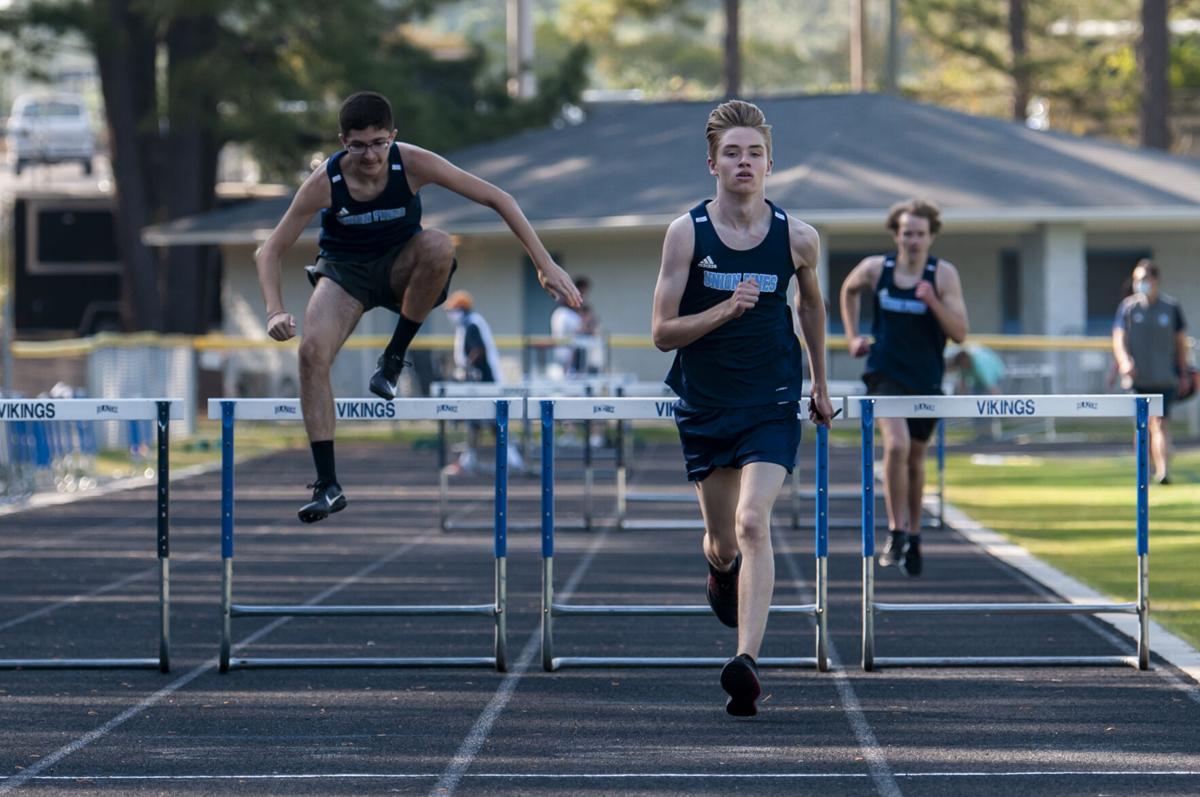 The Union Pines hurdlers run down the track as the boys and girls track and team were in action hosting a nonconference meet with Chatham Charter Tuesday.

Monday marked the start of the baseball, wrestling and track and field season for high school sports across the state. Tuesday afternoon, Union Pines had two of the three sports hosting home events as the track and field took on Chatham Charter and the baseball team took on Anson to kick off the shortened 2021 season.

Union Pines and Pinecrest are scheduled to compete in a tri-meet at Union Pines on Saturday.

Awareness is sometimes easier to coach in practice than it is to put into use in a game. Luckily, the Union Pines baseball team has a lot of seasoned players on its team.

With two outs in the bottom of the sixth inning, Union Pines Finley Spicer struck out, but the junior was quick to react when the pitch got away from Anson catcher Garrett Sikes. Spicer sprinted down the line, and an errant throw to first base led to the Vikings extending the inning.

“Usually that comes back to bite, and usually you’re on defense when that stuff happens. So that was nice it worked in our favor this time,” Union Pines coach Eric Marion said. “The guys are just aware. They’ve been playing baseball forever. It’s honestly not something we work on a whole lot. I guess by this point in your life as a high school baseball player, if you hadn’t figured that thing out, then you probably need to be playing baseball anymore.”

Junior Griffin Booker, a courtesy runner for Spicer, came around to score later in the sixth inning as an insurance run for Union Pines to claim a 3-1 nonconference win over Anson at home on Tuesday.

“It was definitely nice to have a little insurance. We would’ve liked to have a little more over the course of the night,” Marion said. “You’ll take what you can get when you walk out of here with a dub.”

The run scored by Union Pines (1-0) came after Anson scratched its first, and only, run of the game in the top of the sixth inning.

“I just wanted to come in and finish it. I knew with a guy on third that it’s really hard to get in there and keep him from scoring,” Foster said. “We had a 2-0 lead so I knew it was OK to give up that one run.”

Anson’s Bryson Jackson drove in a run with a grounder to shortstop with one out. The top of the sixth ended with Foster getting an out in the next at-bat.

Foster played out in the field for the first five innings, and had a designated hitter bat in his place in the lineup. When he moved to the mound, the DH was lifted.

Two batters after Spicer’s heads-up play, Foster came to the plate with one thing in mind.

“I wanted to absolutely destroy this ball,” Foster said. “I got in the batter’s box and the only thing I could think of was, ‘if he throws me one anywhere near the zone, I’m hitting the crap out of it.’”

Booker scored from second base after Foster ripped a single to left field on a 2-0 pitch.

“Putting that ball in play and allowing that man to score, that really gets the team pumping and allows for us to go out there and make defensive plays,” Foster said.

Hitting in that situation is a point of emphasis that Marion preaches to the team.

“We talk to our guys that with 2-0 we are looking for something to hammer and (Foster) might’ve been the only one that was ready to hit that one tonight,” Marion said. “That’s what we talk about when we tell them to be ready to hit.”

Union Pines plays at home against Montgomery Central on Friday.

Scoring six goals in the first half, the Union Pines girls soccer team claimed a 9-0 win on the road at Harnett Central on Tuesday.

Emily Bowbliss and Gianna Silvestri each scored two goals, and Silvestri added two assists in the win over the Trojans.

Olivia Ivey and Sage Dougherty each scored a goal for Union Pines. Ivey, Lillian Richards, Abigail Robbins and Eva Reinhardt each had one assist.

Union Pines closes out the regular season at home against Western Harnett on Wednesday.

Mustangs Open Up with Win Over Freedom Christian

Scoring its 10 runs over four consecutive innings, the North Moore baseball team earned a 10-2 win at home over Freedom Christian on Tuesday.

North Moore scored two runs in the bottom of the second, third and fourth innings, before posting four runs in the fifth inning.