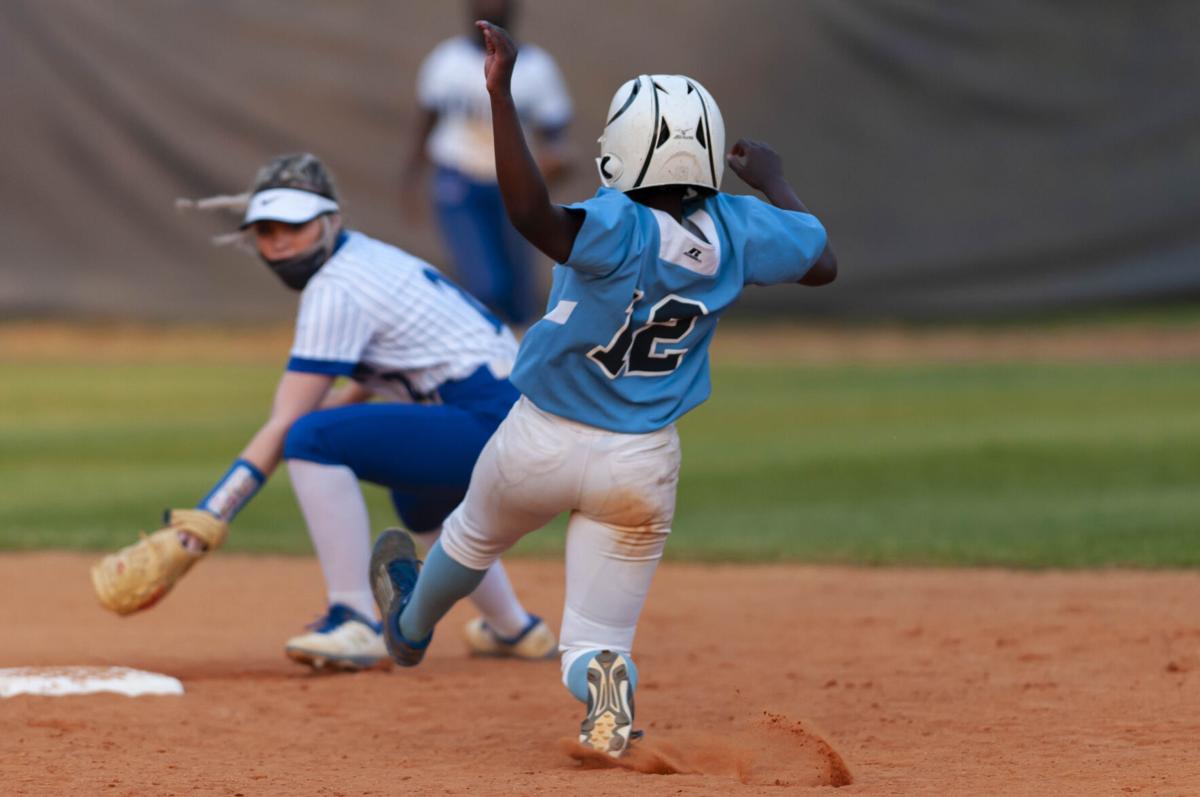 Union Pines' Corryn McCutchen (12) slides into second base during a Tri-County Conference game against Triton on Wednesday in Cameron. Triton defeated Union Pines, 7-2. 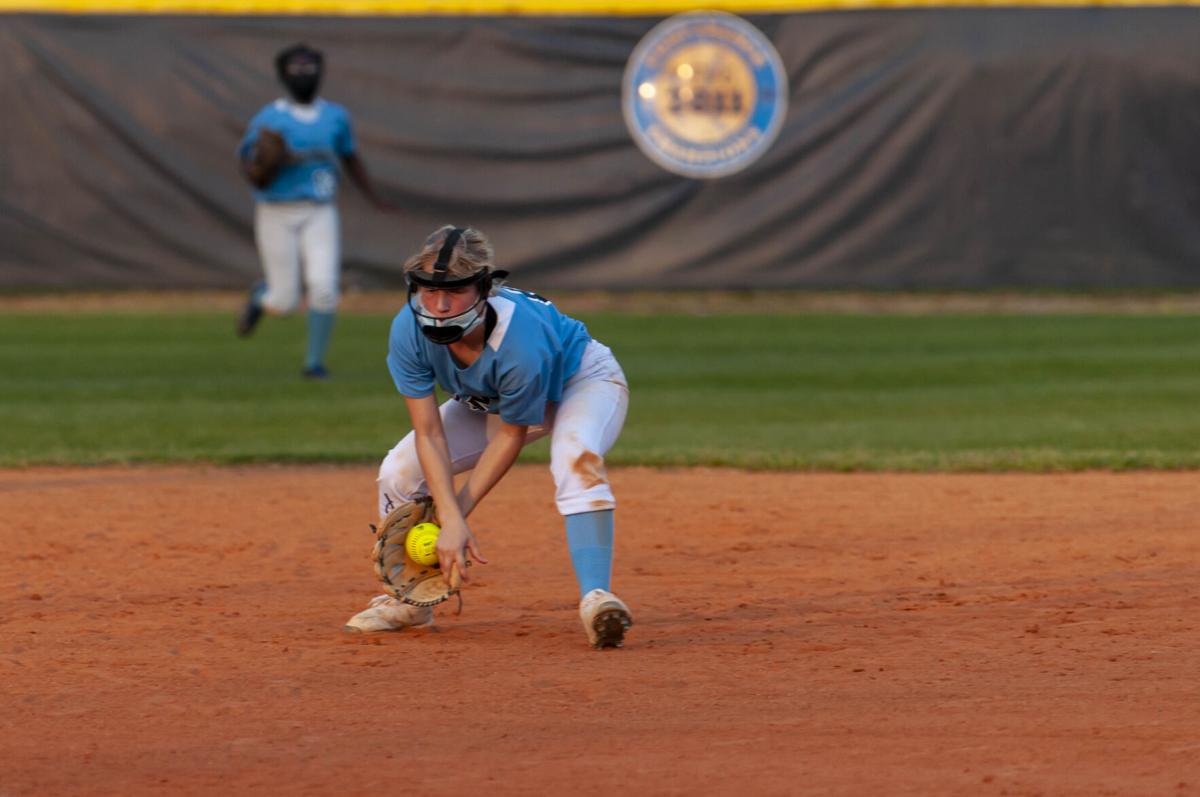 Triton has had the Union Pines softball team’s number as of late with five straight wins in the series. On Wednesday, the Vikings got a glimpse of how they stack up against this year’s Triton team, according to coach Ley Crawford, in a 7-2 home Tri-County Conference loss.

“Even though it was 7-2, the girls saw that (Triton) were not this goliath,” he said. “It’s a good confidence builder. They saw that it was not that bad.”

The Vikings, playing with six players in their starting lineup who were either freshmen or sophomores, watched as Triton scored three runs over the final two innings to extend its advantage out. During those two innings, errors in the field helped the Hawks continue to send more batters to the plate.

“They were solid on defense. Toward the end they were just doing too much, and they overthink plays,” Crawford said.

Triton’s Takyra McLean drove in her second run of the game with a sacrifice fly in the top of the sixth inning to make it a 5-2 Hawks lead. The sacrifices followed in the seventh inning as Triton’s Aubree Bass flew out to score a run and Reagan Bradham punt down a bunt that drove home the seventh run of the game.

While Triton was scoring runs in the later innings, Union Pines’ bats were making solid contact off Bass in the circle, but the hard-hit balls found the gloves of Triton players in the field.

Union Pines was led at the plate by Junior Taylor Parker with two hits and an RBI. Her RBI double with two outs in the fifth inning made it a 4-2 ballgame when freshman Corryn McCutchen crossed home.

The Vikings got on the board in the bottom of the second inning when Trissa Salazar roped a double to score a run and cut the Triton lead to 2-1. Adelette Gutierrez scored the run for the Vikings.

In the bottom of the first and third innings, Union Pines missed prime opportunities to score runs as batters when down in both innings with a runner stranded on third base.

“It’s just stringing hits together. They get a habit of wanting a perfect pitch and not understanding the human factor of softball,” Crawford said. “A lot of it was the pitching and trying to get the timing down.”

Tristan Ennis, Gracie Byrd and Kaila Cooney each had two hits for Triton.

Patriots Improve to 8-0 In Shutout of Falcons

Behind a pair of hat tricks, the Pinecrest girls soccer team claimed a 9-0 win over Seventy-First at home on Wednesday.

Junior Blair Rice scored twice and had two assists. The other goal came from Morgan McGuirt.

Pinecrest plays at Richmond on Monday.