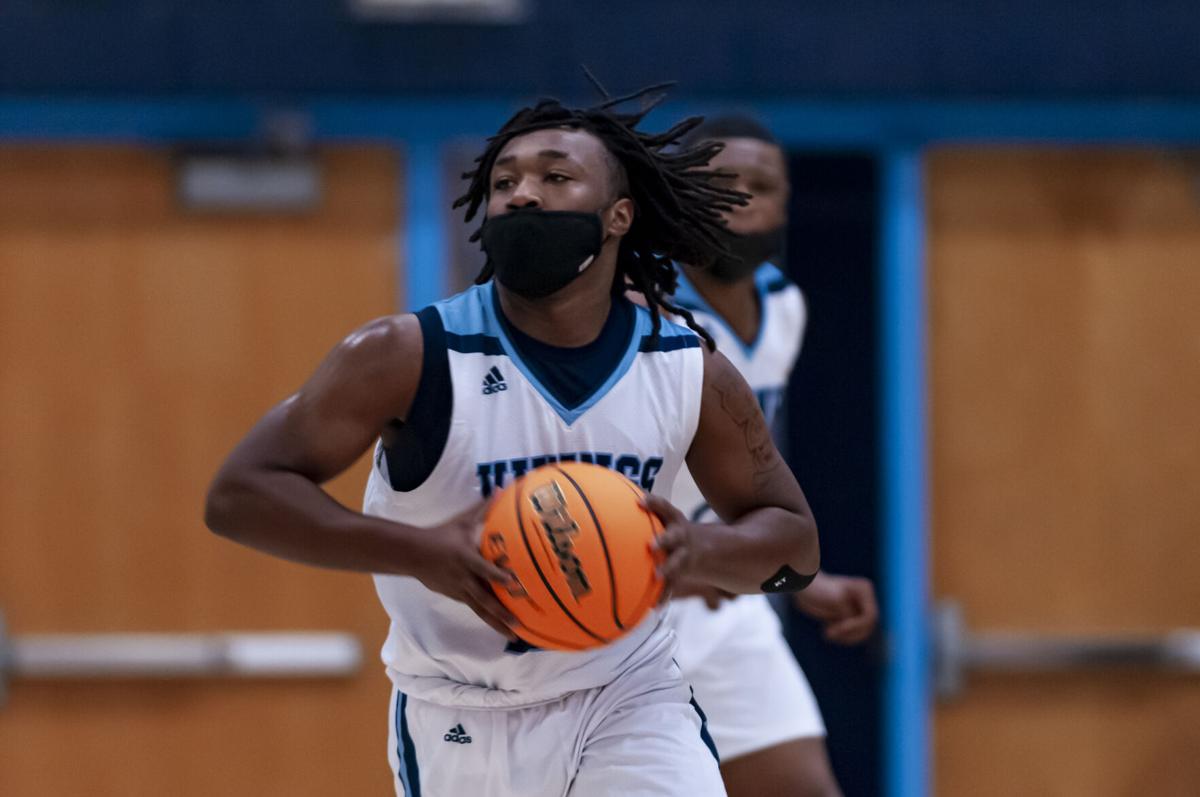 Union Pines guard Ahmad Jones (20) looks to pass up the court against Lee County in a game earlier this season. Jones scored 21 points in the loss to Triton on Monday. 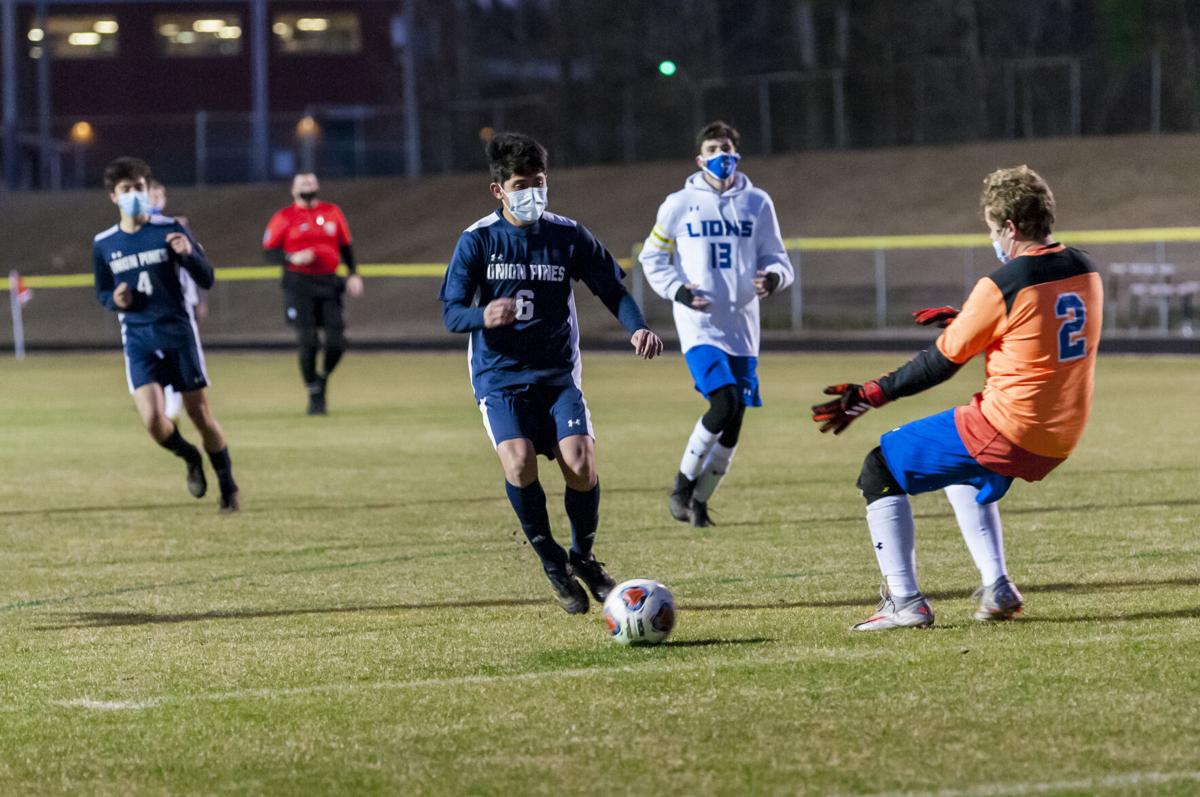 Union Pines' Eduardo Flores (6) gets around the keeper in a nonconference game between the Union Pines Vikings and the Southern Wake Academy Lions earlier this season. Flores scored two goals in the win for the Vikings to open Tri-County Conference play.

To start off a busy week for the Union Pines boys basketball team, the Vikings failed to close down the stretch at home against Triton on Monday night.

To look back over that fateful fourth quarter, Union Pines coach Nick Boney can pinpoint the moment the game changed for his team.

“When (Dalen) Thompson hit that 3 in the corner and we fouled him, that changed a lot of momentum,” Boney said. “We were still in the game, it just gave them more confidence.

“We just lost it right there.”

Triton’s (4-3, 4-1 TCC) Thompson exploded for 10 of his game-high 28 points in the fourth quarter, including eight points coming in a 50-second stretch where the lead switched hands for the Hawks.

Thompson attacked the basket to score with 4:53 left and make it a 55-52 ballgame. Then on the next trip down, he hit a 3-pointer from the right corner and was fouled. His ensuing free throw was made to put the Hawks up 56-55. Union Pines threw an errant pass against the Triton pressure, leading to a Thompson steal and dunk on the following possession as momentum shifted.

Vikings senior Ahmad Jones scored twice over the next two minutes to keep the score within one possession, but missed scoring chances after defensive stops happened for the home team over the final two minutes, and Triton broke the Union Pines press late for a pair of easy scores to keep the lead intact.

“We had some good looks. I think we missed some layups and 3’s down the stretch that we normally would’ve made,” Boney said. “We got out of the continuity of our offense and really we were trying to spread them out a little bit because they weren’t switching on defense. We felt like our dribble drive could easily get to the rim or get a guy open with a 3-point shot. We just couldn’t get shots to fall.”

Both played a big part of the Vikings creating early separation from the Hawks in the first quarter. A 9-7 Triton lead was flipped to a 16-11 lead for Union Pines after one quarter.

The lead ballooned to as much as nine points in the second quarter after a series of possessions where Jones, Isaiah Robbins and Wright drilled 3-pointers.

Wright had 14 points and Robbins added 11.

Triton tied the score at 33 and 42 in the third quarter, but both times Union Pines had an answer. After the second tie, Haskell scored seven points, including a 3-pointer to beat the third period buzzer to push the lead out to 53-46.

A quick turnaround for the Vikings as they travel to Lee County on Tuesday night and will play Tri-County-leading Southern Lee at home on Friday. The game against Lee County came down to the final minute, and the fourth quarter was unkind to the Vikings at Southern Lee earlier this season.

“Our fate is in our hands. We’ve got to hope and pray that we can win the next two,” Boney said. “We’ve still got five games left in the season so we will have to wait and see.”

After scoring seven goals in the first half, the Pinecrest boys soccer team defeated Scotland 9-0 at home on Monday.

The win is the fifth straight shutout to start the season, and the third win by the mercy rule for the Patriots in Sandhills Athletic Conference play.

Senior Johnny Grgurevic and junior Gerald Ofosu each scored a pair of goals in the win.

Senior Binka Woody had a goal and assisted on another score, and one goal each came from Matthew Hunsinger, Max Hildebrand, Matthew Mueller and Mike Brion.

Pinecrest plays next at Jack Britt on Thursday.