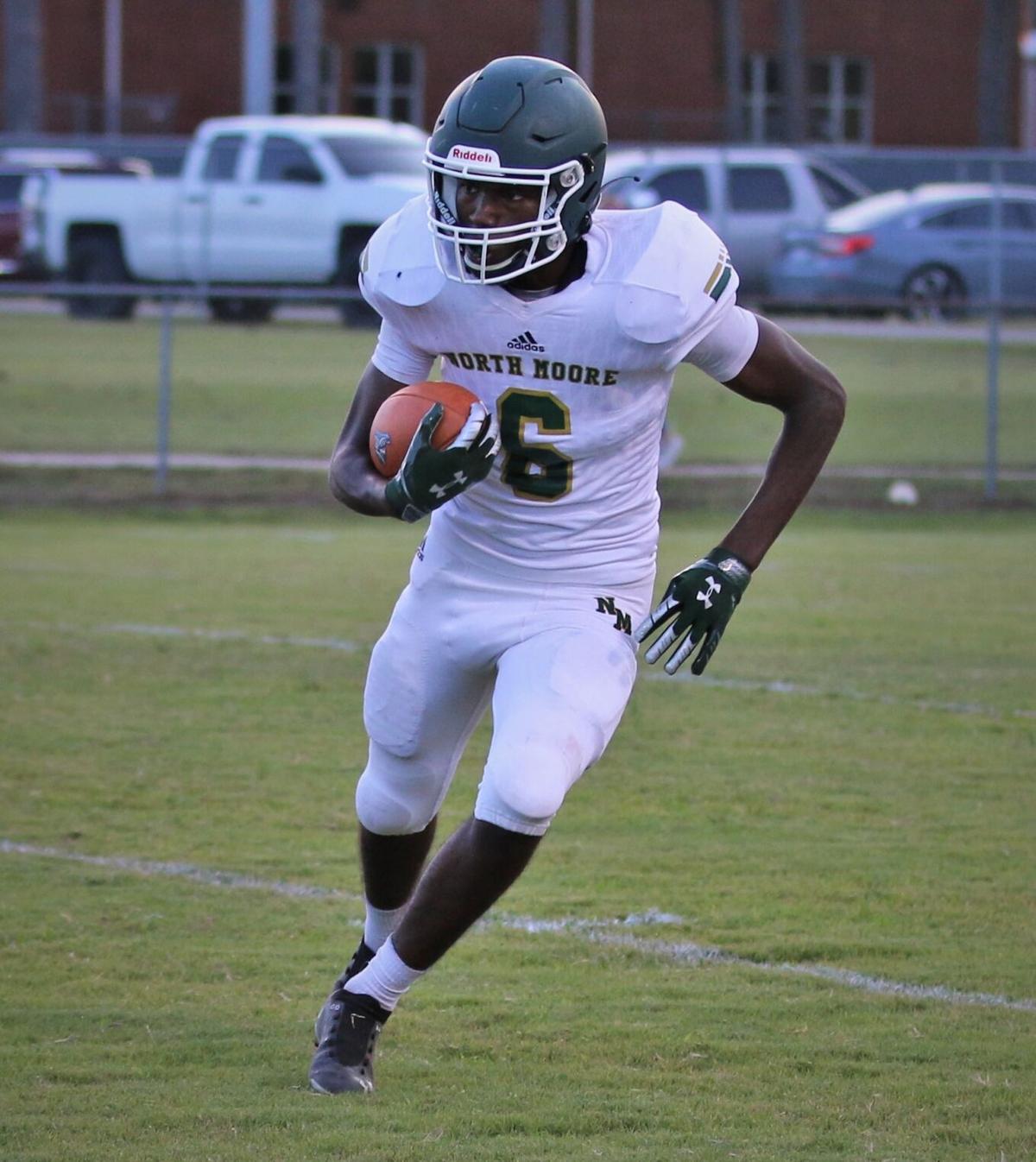 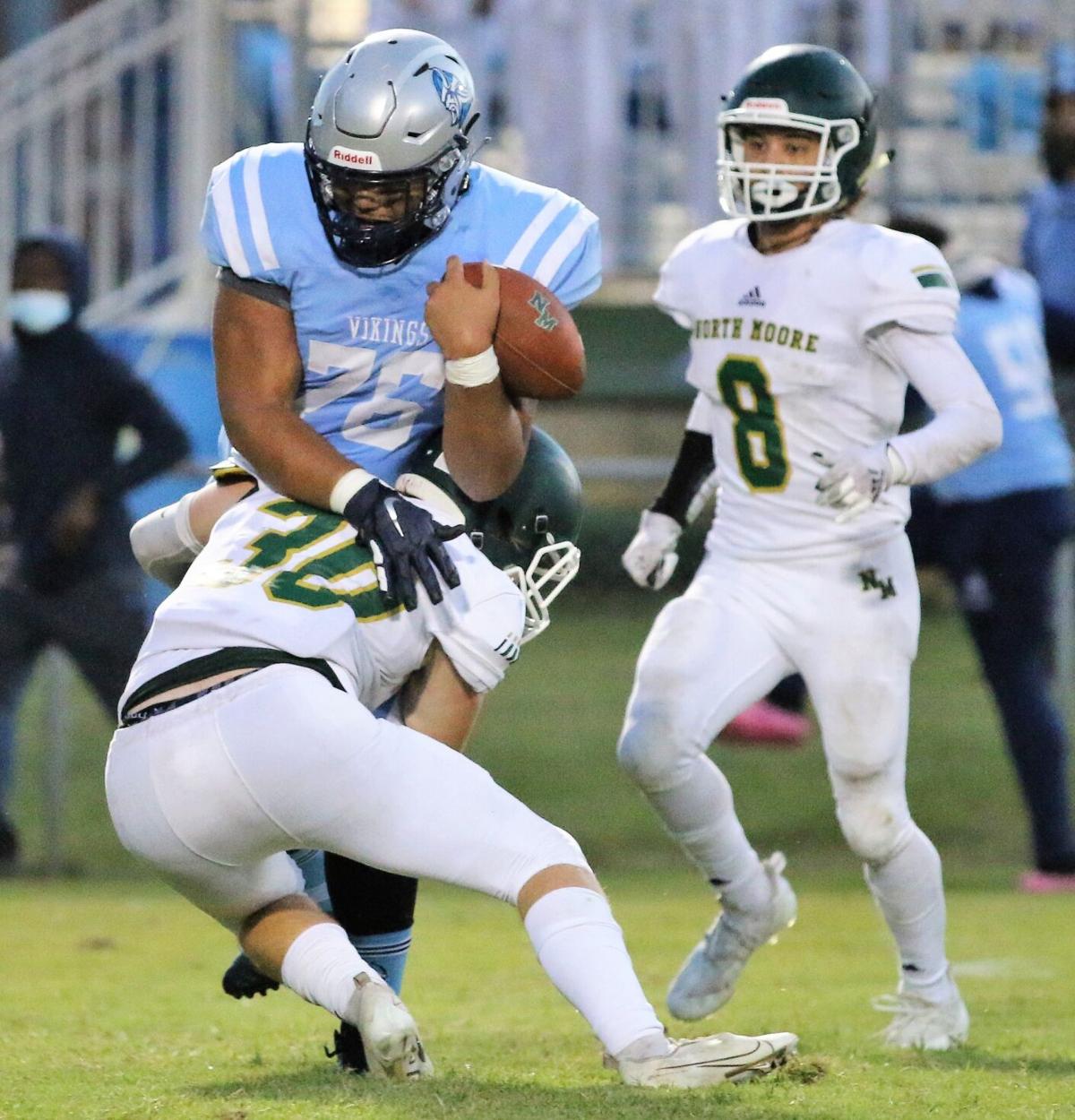 North Moore's Elliott Furr (30) tackles a West Columbus player in the 22-18 win for the Mustangs on the road Friday. 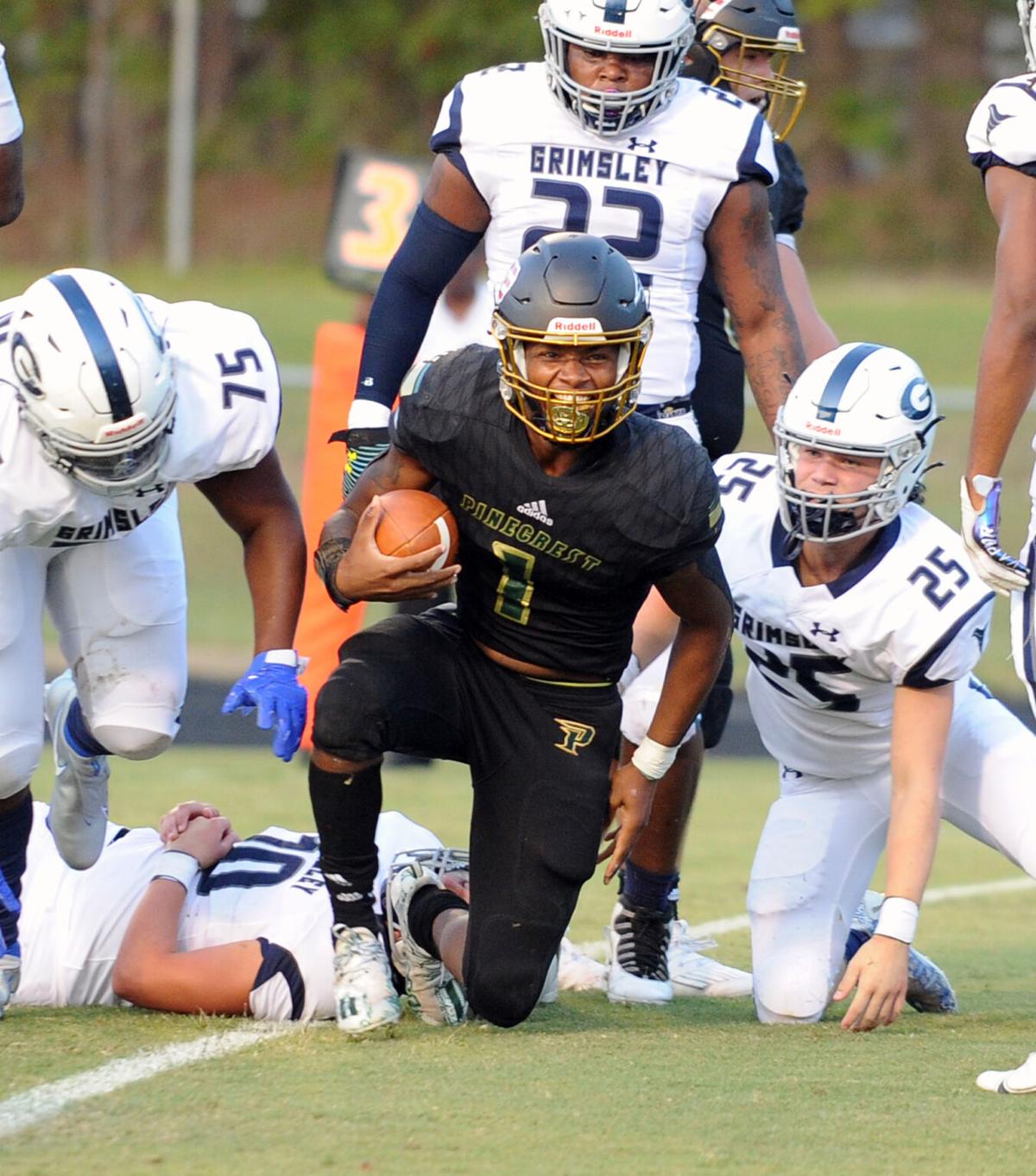 Pinecrest's Xavier Dowd (1) celebrates a score against Grimsley Friday  in the loss. 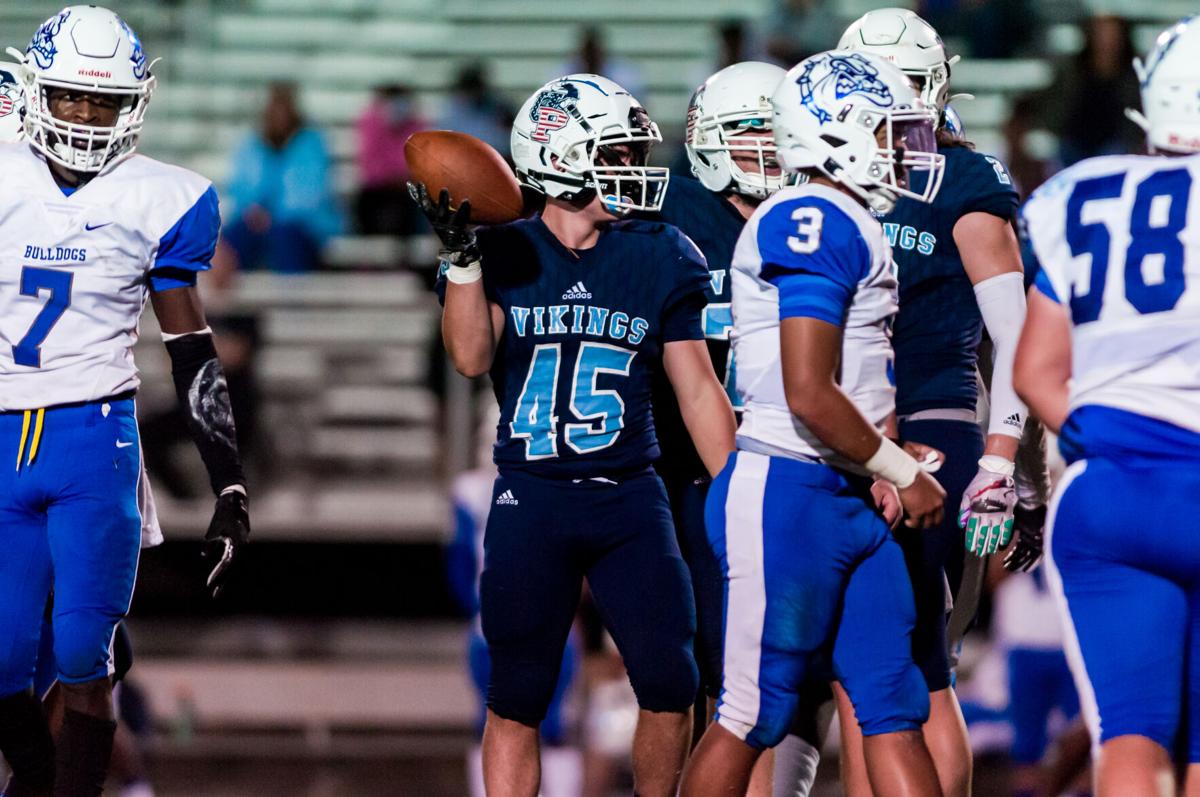 Union Pines running back Jordan Hoffman (45) gets up after a rush against St. Pauls Friday at home.

Two teams that competed in a state title game last season came to Moore County on Friday and handed Pinecrest and Union Pines losses. North Moore hit the road in Week 4 and kept its perfect record intact this late in the season for the first time this century, after the 1994 team was the last to start 4-0.

The three games had their share of defensive highlights for all six teams competing, with a total of 15 interceptions. More than a third of those came from Pinecrest’s offense. The Mustangs were the only team that didn’t lose the turnover battle, but they and West Columbus each had three turnovers in the game Friday night.

As we go ahead and prepare for the next week of the season, here’s other stats that stood out in Week 4:

After playing with the lead for the entirety of every second half in its first three games, a long passing score from the Vikings to take the lead provided the Mustangs with the type of game the coaches wanted the team to experience before jumping into Mid-Carolina Conference play. North Moore responded and ultimately came away with the win.

While the Mustangs rushed for more than 260 yards, they also sprinkled in a few passes, which Andrew Carrouth sees as a necessity for the run-heavy offense to do at a successful rate to keep defenses honest.

A well-earned bye week for the undefeated Mustangs comes this week before conference play opens in two weeks.

The senior said after the opener against Carver that he had dreamed about getting an interception in a varsity game, which he did in the win to seal that victory. Now the senior has snagged an opponent’s pass in every game this season, and two came in the win over West Columbus. His season total of five interceptions leads the entire state, according to MaxPreps.

He also added three tackles in the comeback win over the Vikings.

Justis Dorsett, RB, North Moore - Another game and another standout offensive showing for the senior with 152 yards rushing and a receiving touchdown.

Carson Brady, QB, North Moore - The junior quarterback passed for a touchdown and rushed for another score in the road victory.

Elliott Furr, LB/FB, North Moore - Filling in to start at fullback on offense, Furr closed out the contest with a game-winning score, and he had an interception on defense.

Drew Brewer, LB, North Moore - A senior leader at linebacker this season, Brewer had 10 total tackles, including a tackle for loss with his sack of the quarterback.

Traveon Short, DB, Pinecrest - For the second time in as many home games, the senior had a fumble recovery, with his scoop in the third quarter.

Xavier Dowd, RB, Pinecrest - The senior scored in a game for the third time this season with his first-quarter touchdown.

Cullen Martin, WR, Pinecrest - A touchdown grab by the receiver late in the second quarter tied the game up at halftime.

Jordan Hoffman, RB, Union Pines - The sophomore running back scored a touchdown for the second time in three games to open the season and rushed for a season-high 59 yards.

Christopher Gilbert, LB, Union Pines - The junior linebacker had 11 tackles to lead the team in defensive stops against St. Pauls.

Brody Trannel, DB, Union Pines - An interception from the junior was the only turnover Union Pines had against in the loss.