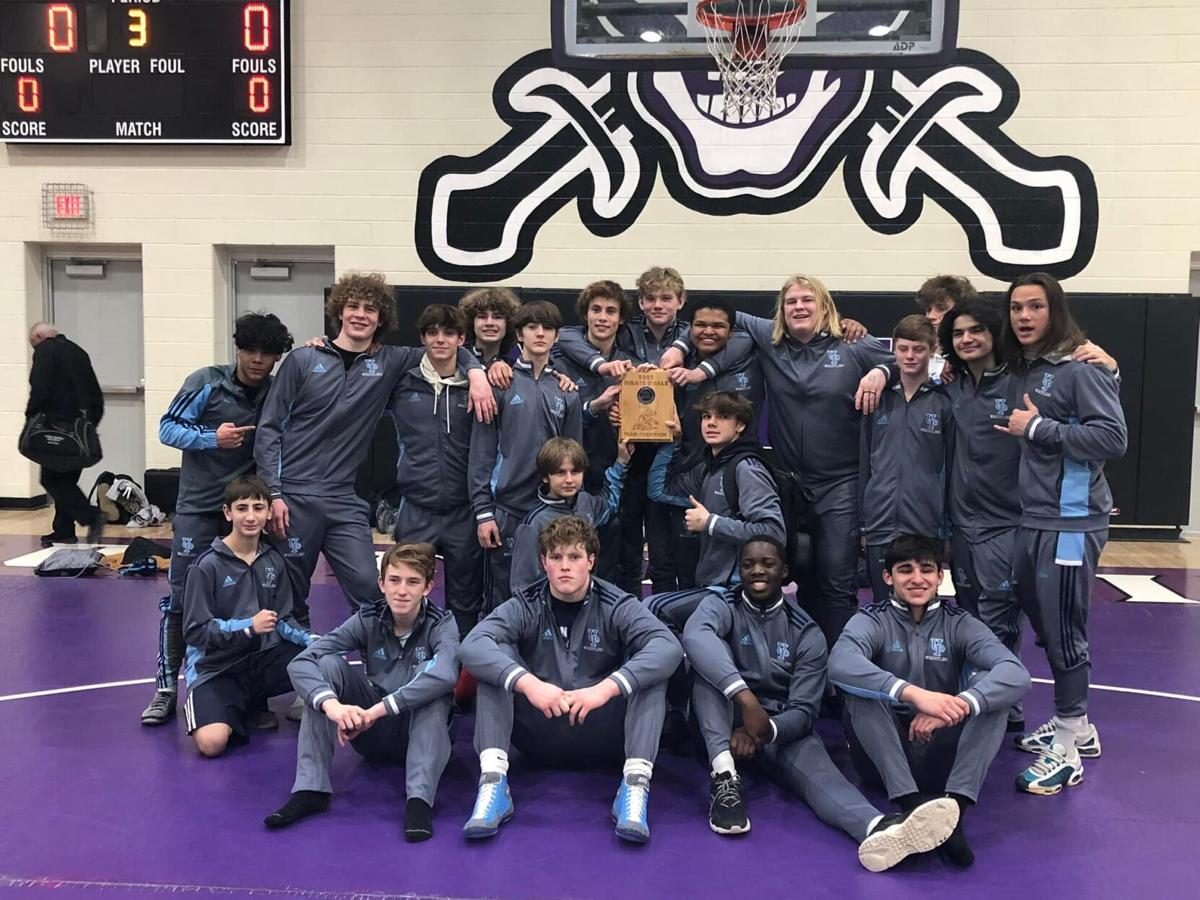 With a 5-0 record at the Pirate Duals, the Union Pines wrestling team claimed the team championship at the event Saturday hosted at Porter Ridge. 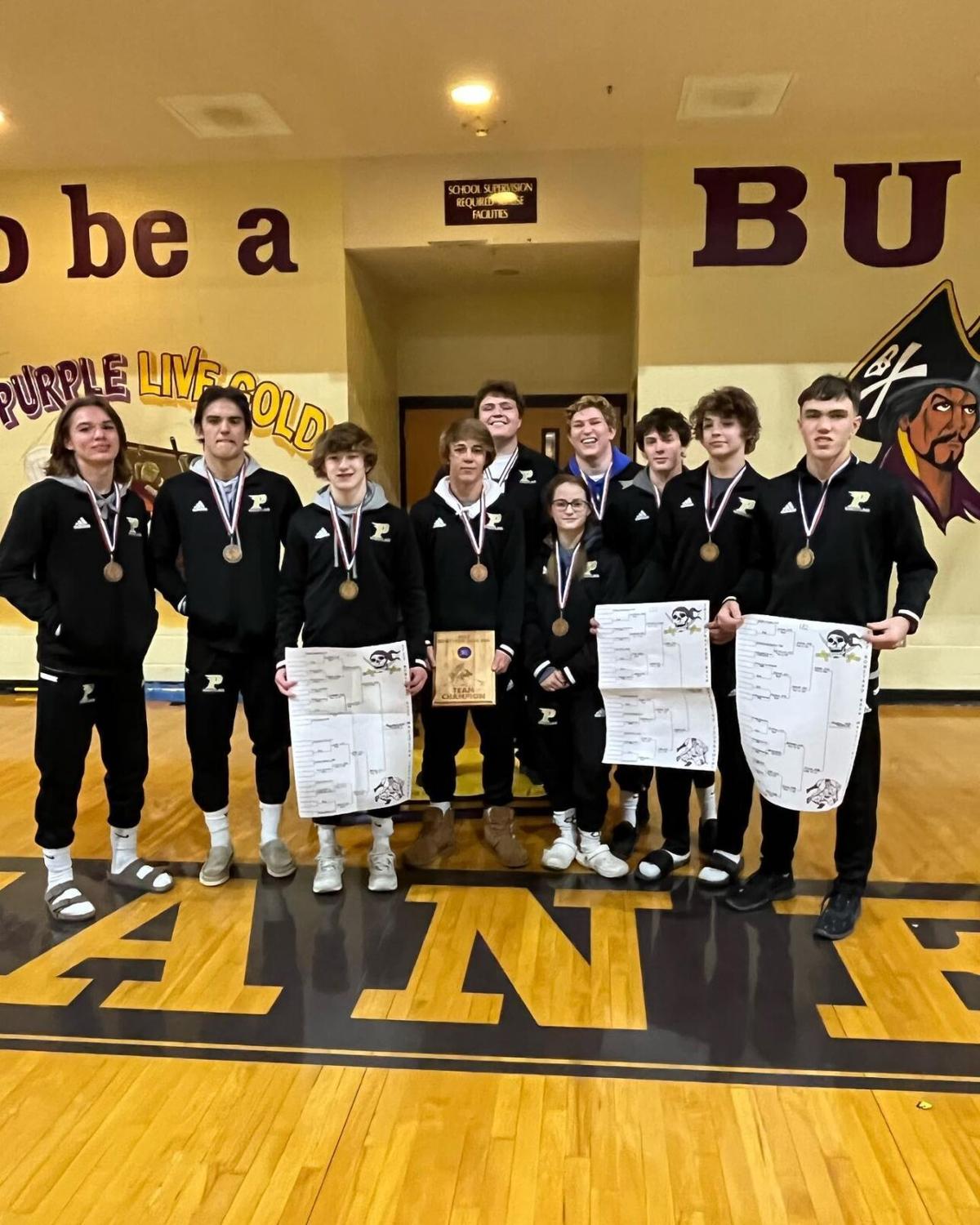 All 10 wrestlers the Pinecrest wrestling team sent to the Boneyard Bash hosted at Jack Britt this weekend placed on the podium as the Patriots secured the title at the event. 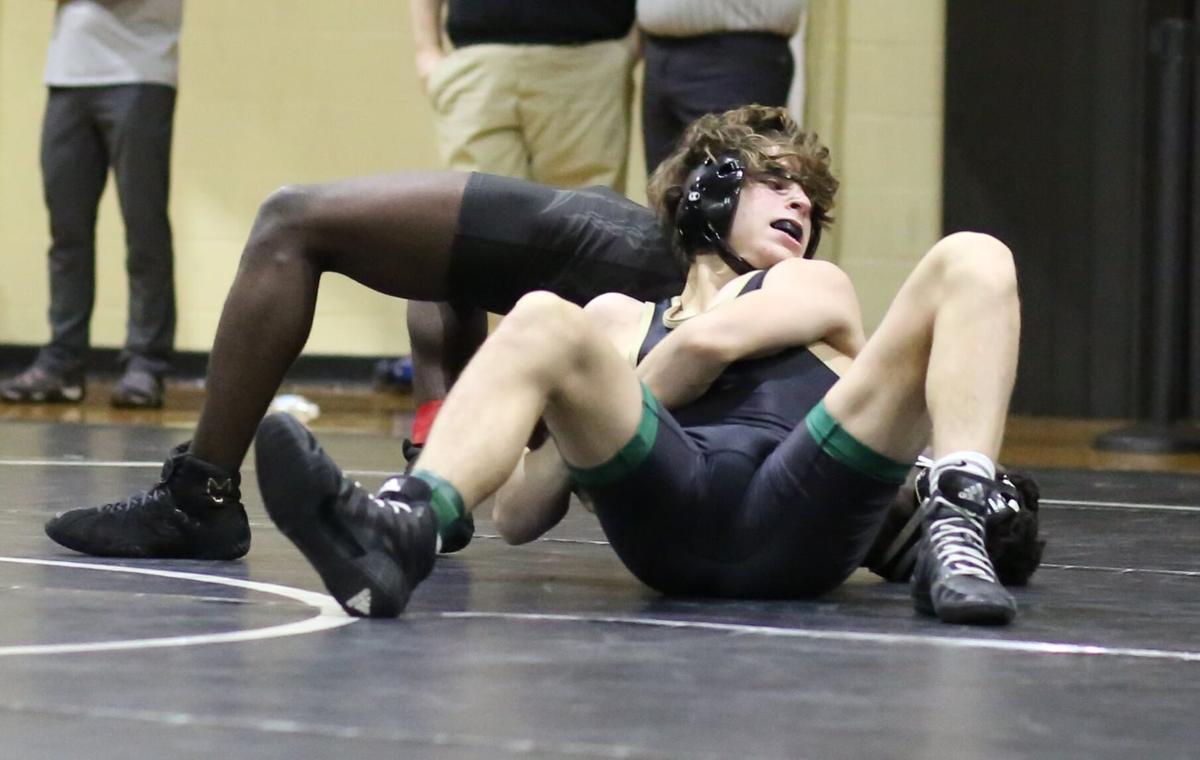 Pinecrest's Cooper Ogden works from his back against an opponent at the Boneyard Bash this weekend at Jack Britt.

The Patriots’ 209.5 points topped Carolina Forest’s score of 194 points in the event.

Matt Rowland at 120 pounds, Cooper Ogden at 152 pounds and Robert Hyder at 182 pounds finished at the top of the podium in their weight classes Saturday as the Patriots wrestled short-handed with 10 wrestlers, four short of a full team.

“I am super proud of the team’s performance this weekend. We were a little short-handed but that didn’t matter to them. They went into the Boneyard and cleaned the place up against some really solid competition. This helped us prepare for the second half of the season” coach Bob Curtin said.

Other Patriots on the podium included:

Jayden Dobeck took second in the 160-pound weight class after claiming two wins by fall and lost by a 10-9 decision to Calan Staub from Cape Fear in the title bout.

Chase Godwin took second in the 285-pound weight class, after a pinfall loss in the championship match.

Will Brock finished third in the 220-pound weight class. The senior wrestled back from an opening overtime loss to win by fall in the third-place match.

Elijah Ybarra took third at 145 pounds with four wins by fall. His loss in the semifinals sent him to the consolation bracket where he won two matches.

Riley Merchant at 132 pounds finished third after he bounced back from a loss in the semifinals to win a pair of matches.

Megan Rowland at 106 pounds and Devin Kissinger at 138 pounds both finished fifth in their weight classes in the tournament.

Pinecrest wrestles next weekend at the Dash tournament hosted at Fuquay-Varina.

Lee Hyder contributed to this story.

Five blowout wins by the Union Pines wrestling teams at the Pirate Duals hosted by Porter Ridge Saturday helped the Vikings finish as the dual team champs of the event.

Eight Vikings were undefeated on the day, led by Finn McCafferty and Brock Sullivan with four wins on the mat in the event. McCafferty won two matches by tech fall and the other two matches by pin. Sullivan claimed a pair of wins by fall, along with a major decision and a win by decision.