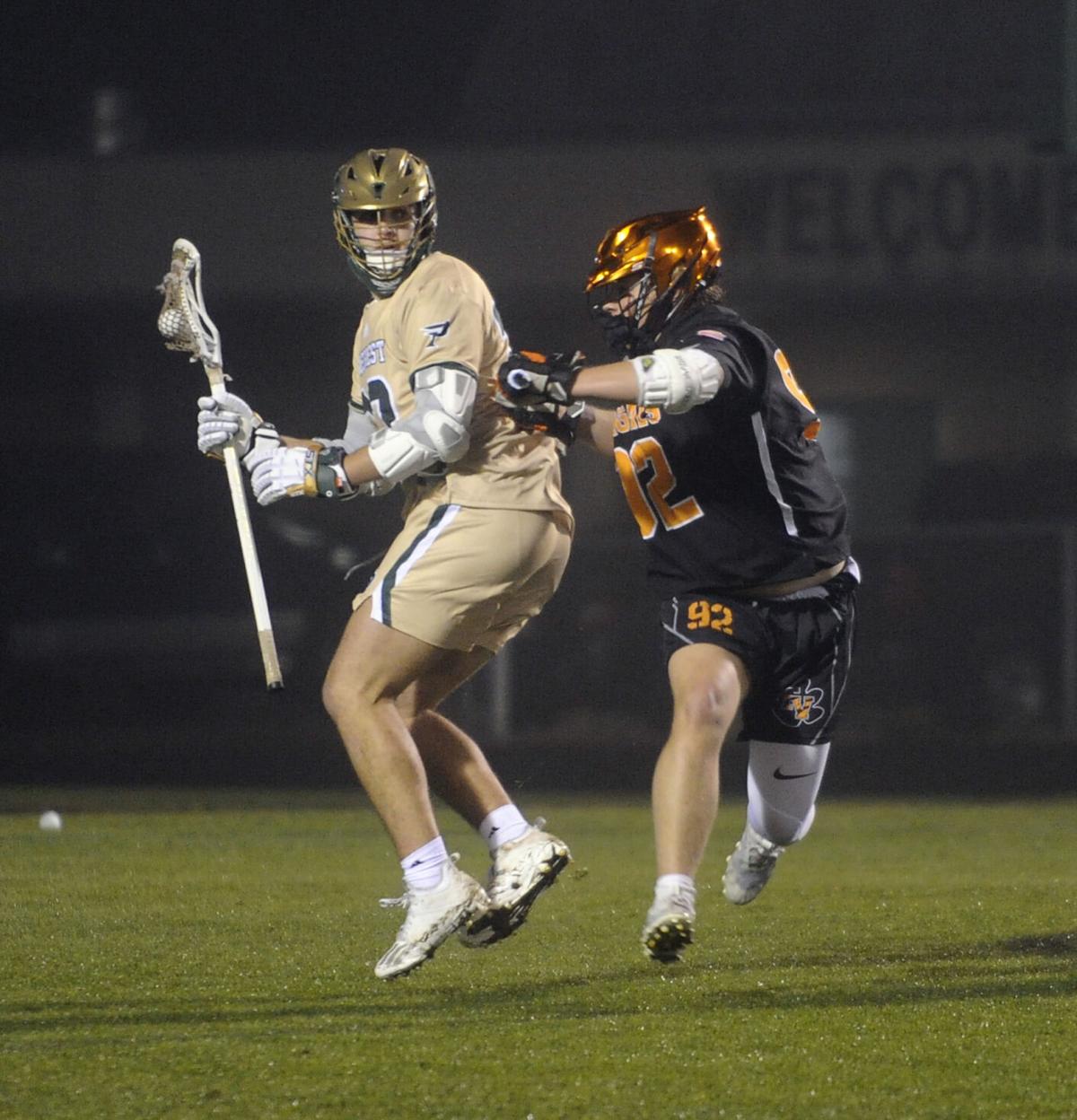 Pinecrest's Logan Laton holds off a Fuquay-Varina defender on Tuesday night at home. 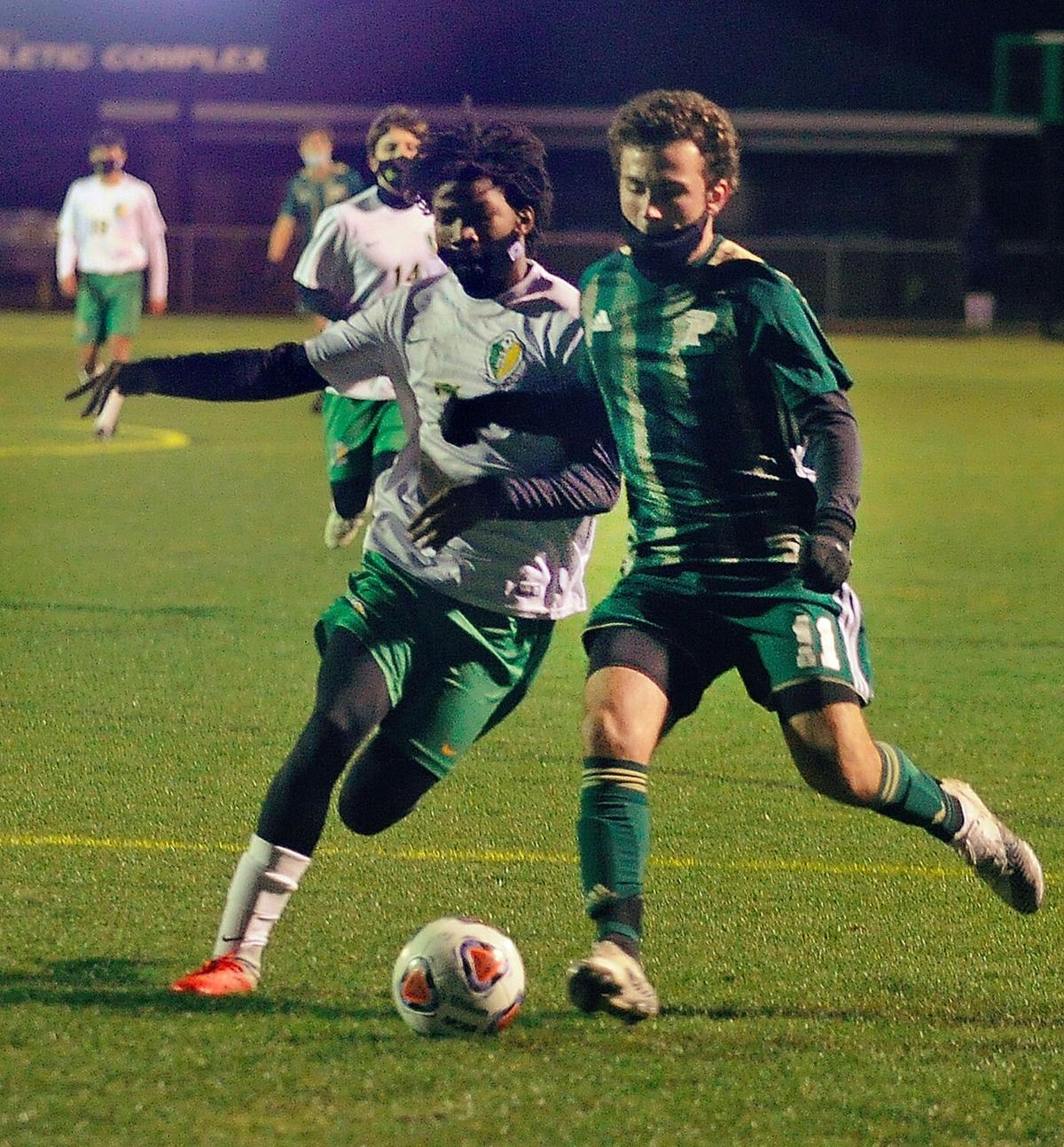 Pinecrest's Johnny Grgurevic attacks the goal against Richmond in a game earlier this season. Grgurevic scored a goal against Lumberton in the second half.

The Patriots (2-0) scored their first goal 20 seconds into the match that was called at halftime.

Senior Max Hildebrand assisted on one of Ofosu’s three goals, and added two more in the match to lead the team with three assists and had a goal as well.

Johnny Grgurevic had a pair of goals and added two assists in the win.

Gilberto Malagon had a pair of assists.

Behind a balanced offensive attack where 12 players found the back of the net for goals, the Pinecrest boys lacrosse team claimed a 19-0 win at South Garner on Friday.

The win brings the Patriots’ record to 1-1 overall and in conference play.

Leading the offensive onslaught were freshmen Gavin Laton and Weston Thomson with three goals each. The duo accounted for five points each in the match as they also added a pair of assists each.

Senior Logan Laton had six points, including four assists with his two goals.

Vesely also was a perfect 5-for-5 in faceoffs.

The girls lacrosse team lost 18-4 on Saturday to Weddington.