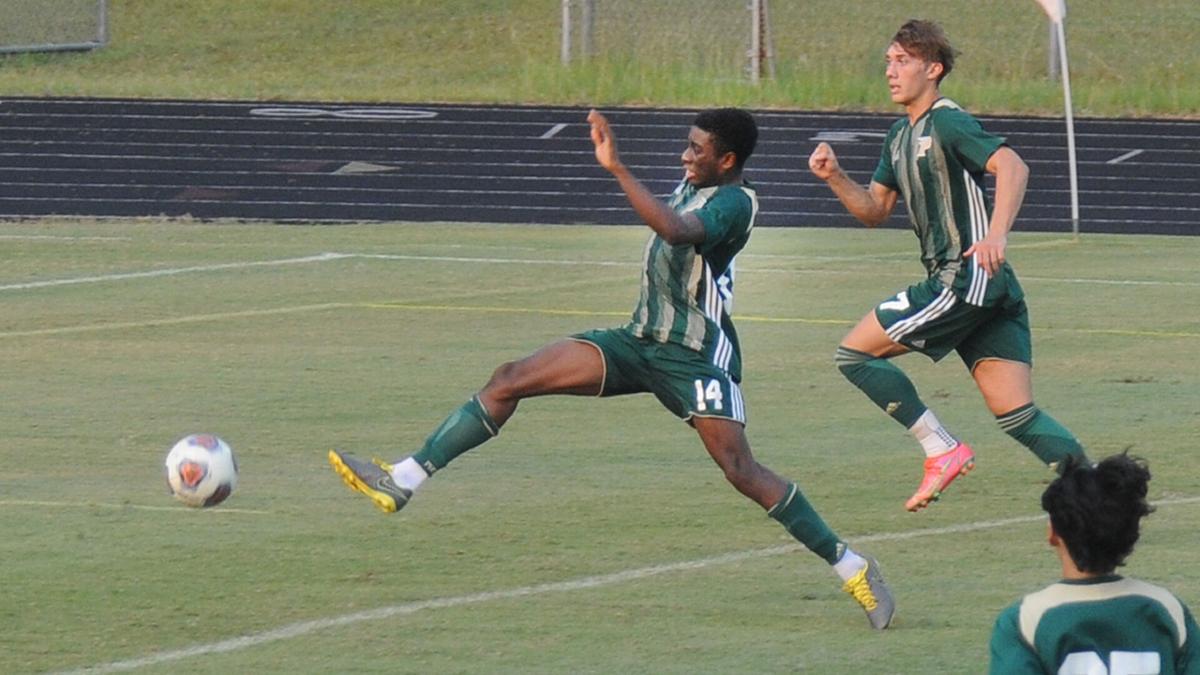 Pinecrest senior Gerald Ofosu (14) leads a scoring attack in a match against Southern Lee this season. Ofosu was named the Sandhills Athletic Conference offensive player of the year and selected all-state for his play. 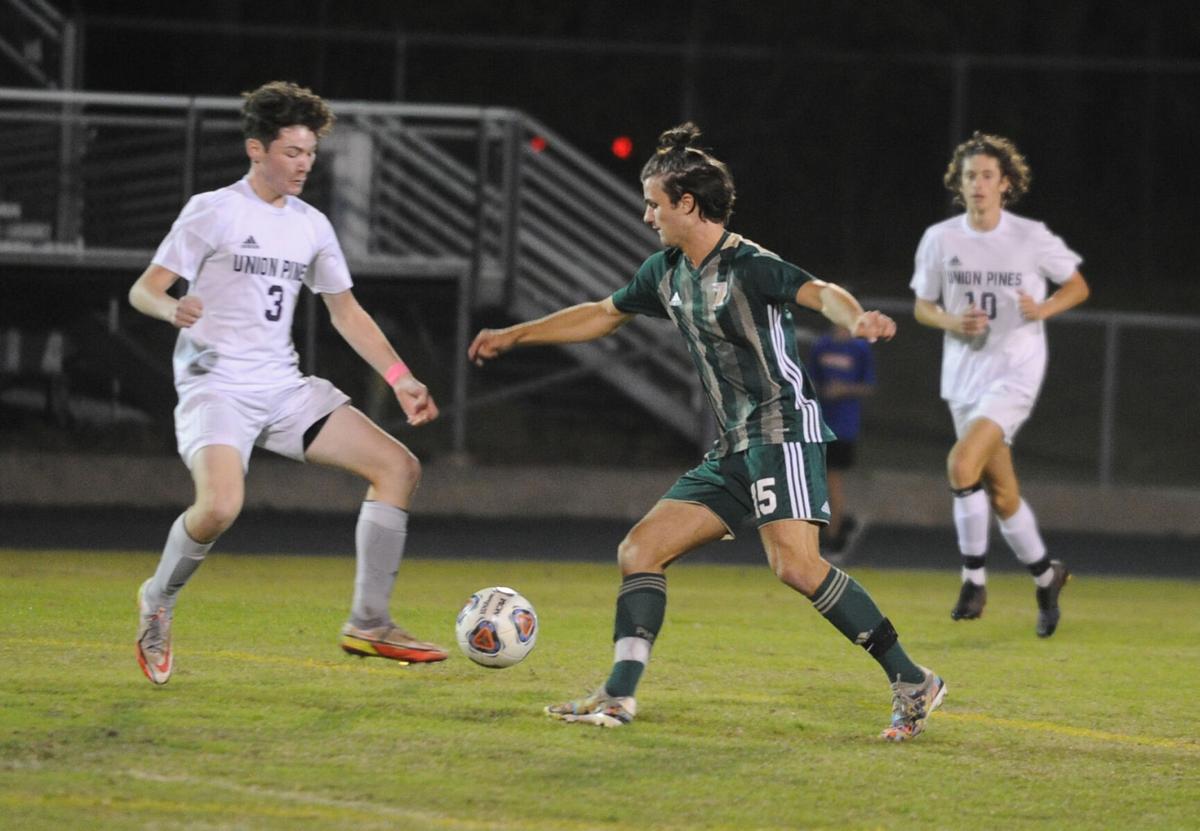 Landon McMinimy (15) looks for possession of the ball against Union Pines in a match this year. 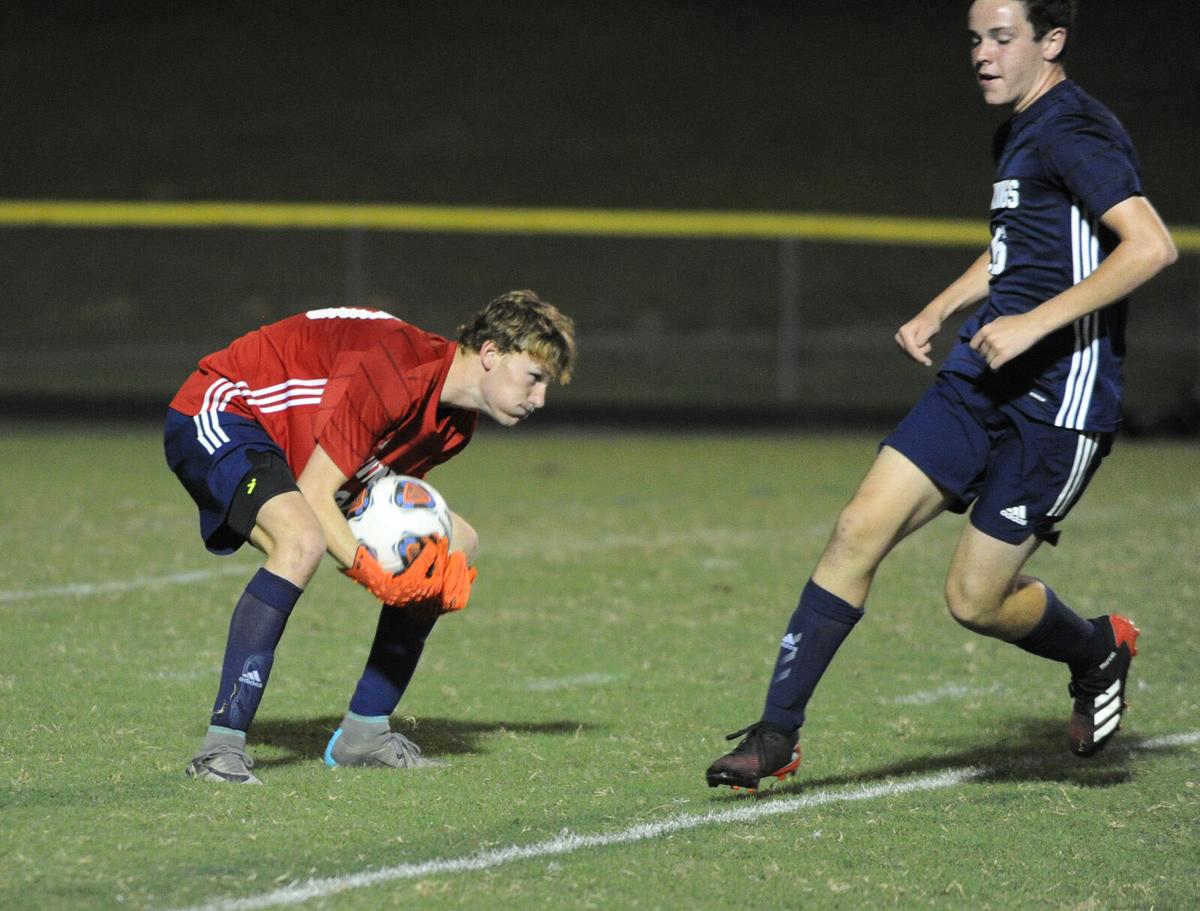 Union Pines goalkeeper Liam Thayer gathers a ball during the Vikings match at home against Pinecrest this season. Thayer was named the conference's top goalkeeper this season.

To close out their Pinecrest soccer careers, seniors Gerald Ofosu and Landon McMinimy were selected to the N.C. Soccer Coaches Association’s all-state team this week.

Pinecrest finished second in the Sandhills Athletic Conference standings behind Lee County. With a 17-4-2 overall record, the Patriots advanced to the second round of the N.C. High School Athletic Association before falling 2-0 to Holly Springs.

Ofosu and McMinimy were a vital part of the attack and midfield for the Patriots this season.

Ofosu was also one of two local soccer players who claimed individual soccer awards from the Sandhills Athletic Conference.

Thayer allowed 21 goals in 1,190 minutes between the pipes to register a 1.4 goals against average. Along with help from the Union Pines defense, the goalie had seven shutouts this season.

Both players helped bolster the Vikings defense this year. Booker did score two goals and assists on another two scores, while Carr finished with one goal and one assist.

North Moore had seven players named to the Mid-Carolina Conference all-conference soccer team. The Mustangs made a run to the fourth round of the state playoffs and finished the season with a 10-6-2 record overall to finish second in the conference standings.