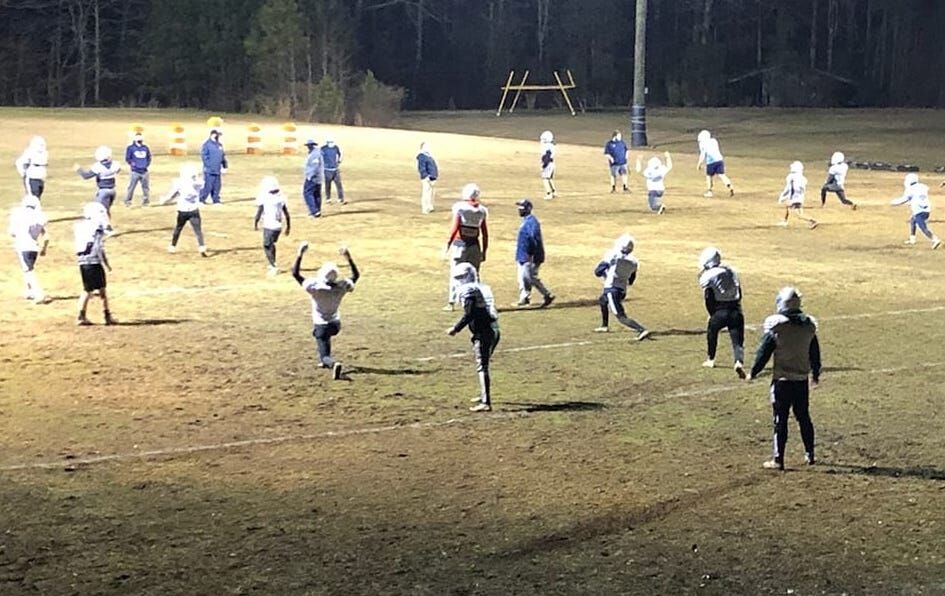 The Union Pines football team stretches during a morning practice on Thursday. Rainy conditions forced the team to practice in the morning several days this week. 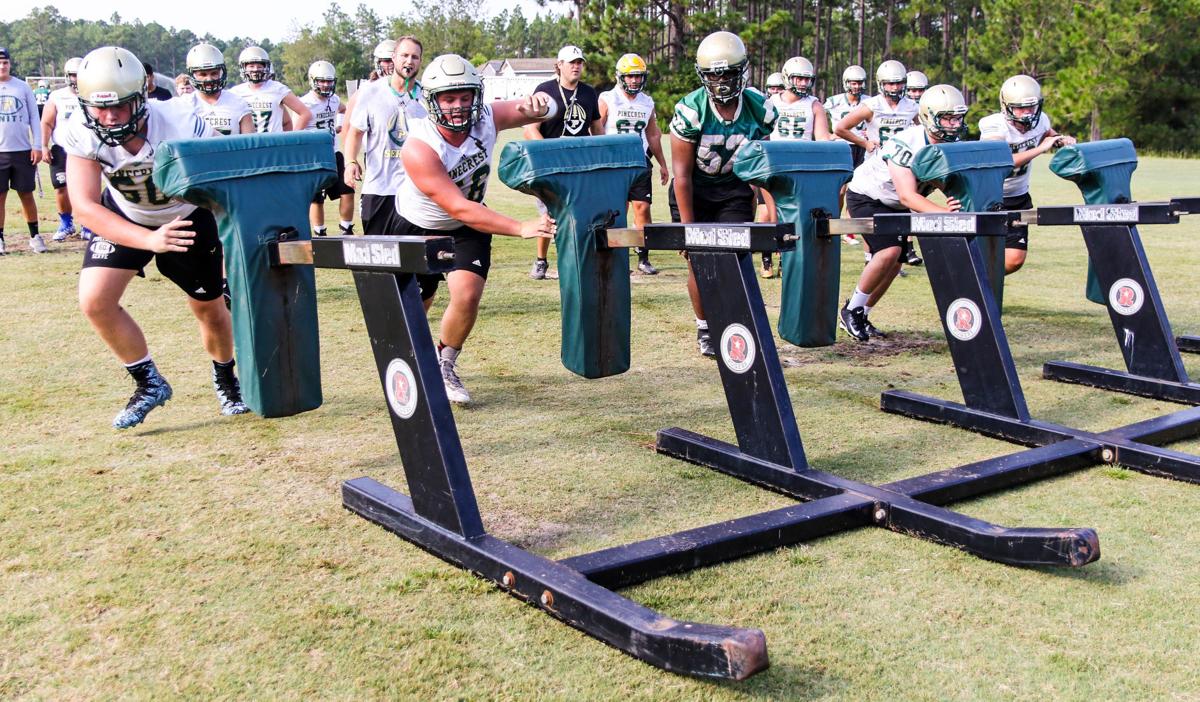 Delayed by about six months from normal years, high school football players across the state buckled up their helmets this week for the first time as the official start of football practice came in on Monday.

Surgical masks are under facemasks and contact in practice being more limited this season than in a normal season are some of the glaring differences, but local football coaches are adapting to the changes.

“That’s one of the things we have preached to them is that things are very different than they would be in any other normal season, but you’ve got the opportunity to play, and for you get that opportunity, here’s what you have to do,” North Moore coach Andrew Carrouth said.

With all the changes, Pinecrest is trying to keep everything as normal as possible heading into the season.

“We’re just staying with the business as usual, the normal routine,” Patriots coach Chris Metzger said. “The kids are doing a great job, the coaches have done a great job. We’re just one step closer to our goal.”

The teams also have the element of cohesion going into this preseason, with skill developments separating players being on campus two days at a time, opposite some of their teammates.

With a week less of lead-in time to the first game of the regular season, the implementation of schemes and plays also comes with learning the week 1 opponents as well.

“Ultimately with the short amount of time we’ve got, we’re going to begin to prepare for Montgomery Central immediately, especially since there’s 18 days to prepare,” Cox said. “We’re going to start working on how we are going to attack them and defend them immediately and simultaneously work on our fundamentals and getting everything up to speed.”

The little things are being put into focus for the Pinecrest football team with basically two weeks to go until it opens the season at Seventy-First.