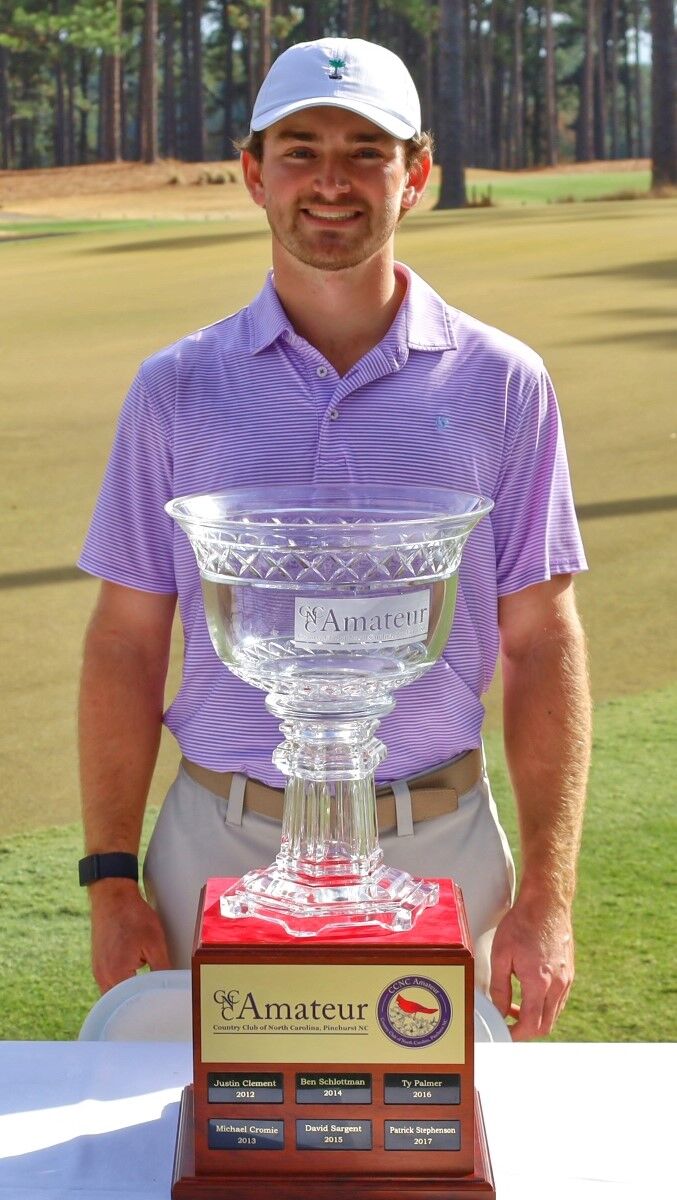 Austin Duncan won the 10th annual CCNC Amateur Friday after four rounds under par and a four-round total at 10-under-par.

Austin Duncan won the 10th annual CCNC Amateur Friday after four rounds under par and a four-round total at 10-under-par.

Austin Duncan, the only player to post four rounds under par, broke the tournament record with a 10-under-par total of 278 Friday to win the 10th CCNC Amateur by three strokes.

“Today I hit it better overall with every type of club,” said the Liberty University senior from York, South Carolina. “I put it in spots where the worst I could make was par and everything progressed as the week went on.”

Duncan, who ranked as high as No. 1 among all Division II golfers for a part of the spring season in 2021 when playing for North Greenville University, shot a 3-under-par 69 in the final round that included one eagle, two birdies and a bogey on The Country Club of North Carolina’s Dogwood Course.

Fueled by his consistency, he held the lead after the second and third rounds and his 21 birdies in 72 holes paced the field. Runner-up Jake Hall, of Knoxville, Tennessee, a University of Tennessee redshirt sophomore posted 19 birdies.

“I stayed with my same game plan to keep it in play off the tee,” said Duncan. “I hit my irons well and made some clutch putts when I needed to.”

The victory gave Duncan his first tournament win since the Lincoln Memorial Spring Kickoff in February. His other latest victories are the Upstate Amateur and the Triad Classic in 2020.

“This is one of the bigger tournaments that I have won because the competition, with the guys in the last five or six groups, was really good,” Duncan said. “The nerves are in your head, but I try to keep a cool demeanor. I’m thankful I won."

The CCNC Amateur began in 2012 under the guidance of Stuart Taylor and Eric Murray of the Tarheel Junior Golf Foundation.