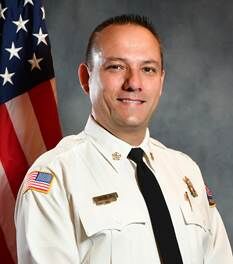 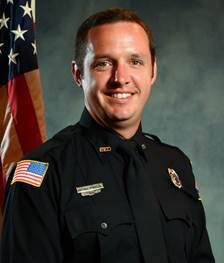 The Pinehurst Fire Department recently held its annual holiday dinner and recognition ceremony to highlight accomplishments in 2020 and 2021. Due to the COVID-19 pandemic, the celebration was canceled in 2020.

Fire Chief Carlton Cole recognized firefighters for professional achievements and milestones, including the peer-nominated award of Firefighter of the Year. The award is named after Robert Viall, who served as Chief of the Pinehurst Fire Department for many years.

“The department is fortunate to have a group of firefighters who are always willing to use their skills and abilities to better the department and serve the community,” said Cole. “It is difficult to select just one to receive special recognition, but Firefighter Morrison is well-deserving of the award.”

“The Village has a dedicated group of firefighters in each and every member of the Fire Department,” Cole said. “This recognition is the result of the completion of identified tasks and for each one completed there’s another in the works. Your efforts are what make us a high-performing organization.”