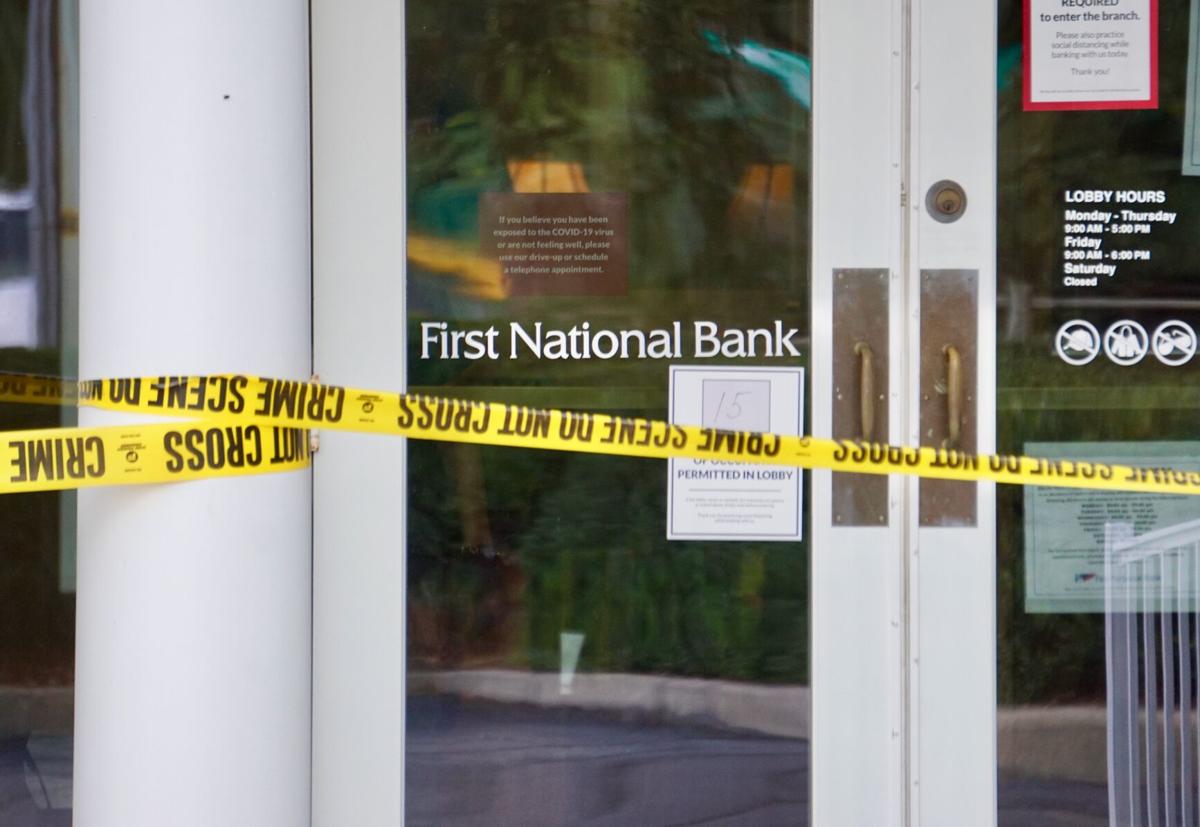 The entrance of First National Bank following an armed robbery on Sept. 14, 2020. 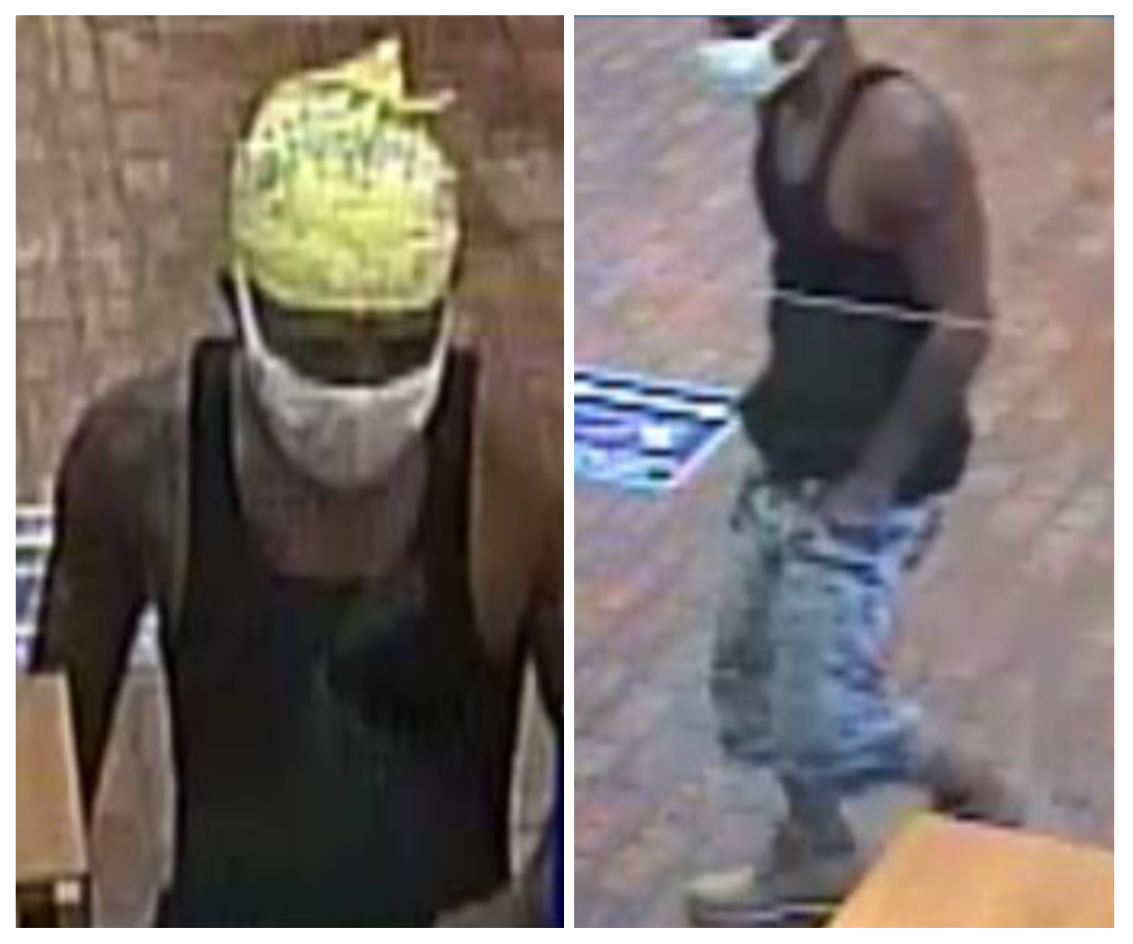 The suspect wanted in connection with an armed robbery at First National Bank in Southern Pines.

Police are searching for a man wanted in connection with an armed robbery reported Monday morning at First National Bank near downtown Southern Pines.

The man, who was armed with a handgun, entered the bank shortly after 11:20 a.m. and demanded money from employees, according to the Southern Pines Police Department. He left the scene with an undisclosed amount of cash in a stolen 2000 Buick LeSabre, the department said.

No injuries were reported. The bank was still cordoned off with police tape as of 1 p.m.

In a news release, the agency said the tan passenger vehicle’s license plate is PMS-2425. The suspect is described as being about 5 feet, 2 inches to 5 feet, 6 inches in height with a “dark complexion” and tattoos on both arms, the release said.

“The suspect should be considered armed and dangerous,” the police department said.

Anyone with information about the incident is asked to call 910-692-7031 or the agency’s Crime Tip hotline at 910-693-4110. Information can be provided anonymously, according to the police department.

The first account that I read of this said "possibly armed with a handgun" and also described the vehicle as a "stolen tan 2000 Buick LeSabre passenger vehicle," with same license plate number as in this article. The crime is being investigated by "the Southern Pines Police Department and the Federal Bureau of Investigation (FBI)."

A “dark complexion”? The picture sure looks to me like a Black person. What’s wrong with simply saying a “Black male” or a “Caucasian male” as was done for decades before the whole victim mentality nonsense started. Just tell the truth, makes life simpler. A criminal is a criminal. Profiling helps bring them to justice.

Kent Misegades, not bright enough to know that racial profiling has been declared unconstitutional as a violation of the U. S. Constitutions 14th Amendment equal protection clause. Suspect description which includes race or ethnicity and reliance on that description to investigate and apprehend a suspect is valid under the 14th. Big difference.