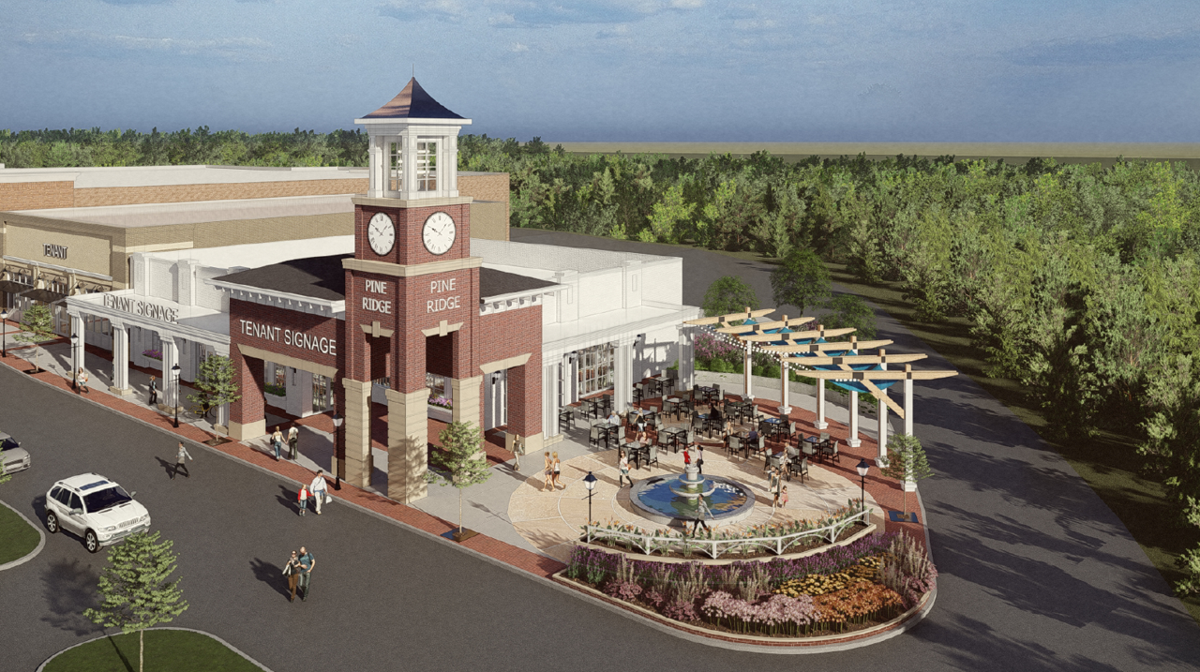 A fountain and clock tower are two architectural features included in conceptual architectural renderings of the proposed Target-anchored shopping center in the Morganton Park South development.

The historic Black family cemetery (left) adjacent to the proposed four-lane parkway between U.S. 15-501 and Morganton Road would be preserved in coordination with the Moore County Historical Society. Rendering courtesy of Midland Atlantic Properties/Town of Southern Pines

John Silverman, of Midland Atlantic Properties, shared architectural renderings of the project in September but requested delay of the public hearing while he hammered out a few traffic details with state transportation officials.

Town leaders approved the conceptual development plan last month. That plan will allow up to 700,000 square feet of commercial space and up to 650 residential units on the mostly undeveloped 100-acre tract which spans between Morganton Road and U.S. 15-501.

Also on Tuesday, the Town Council will consider a proposed storage unit facility near N.C. 22 at Waynor Road. The project, in its current configuration, would require a substantial percentage of protected watershed acreage set aside by the town.

The town holds approximately 26 acres of protected area in the Little River Vass watershed and, as presented, the proposed storage facility would require around 10 acres of that total.

“This would be a pretty significant allocation of our exemption,” Planning Director BJ Grieve told town leaders during Wednesday’s agenda meeting, noting there are other potential properties along the N.C. 22 corridor that will be eyed in the future for commercial development.

Mayor Carol Haney and Councilman Mike Saulnier both expressed strong reservations, indicating they would likely not support the permit request as submitted.

A proposed new shopping development anchored by a Target store is coming into sharper focus.…

Boycott Target. They let men into the women’s restrooms and like fruit loops.