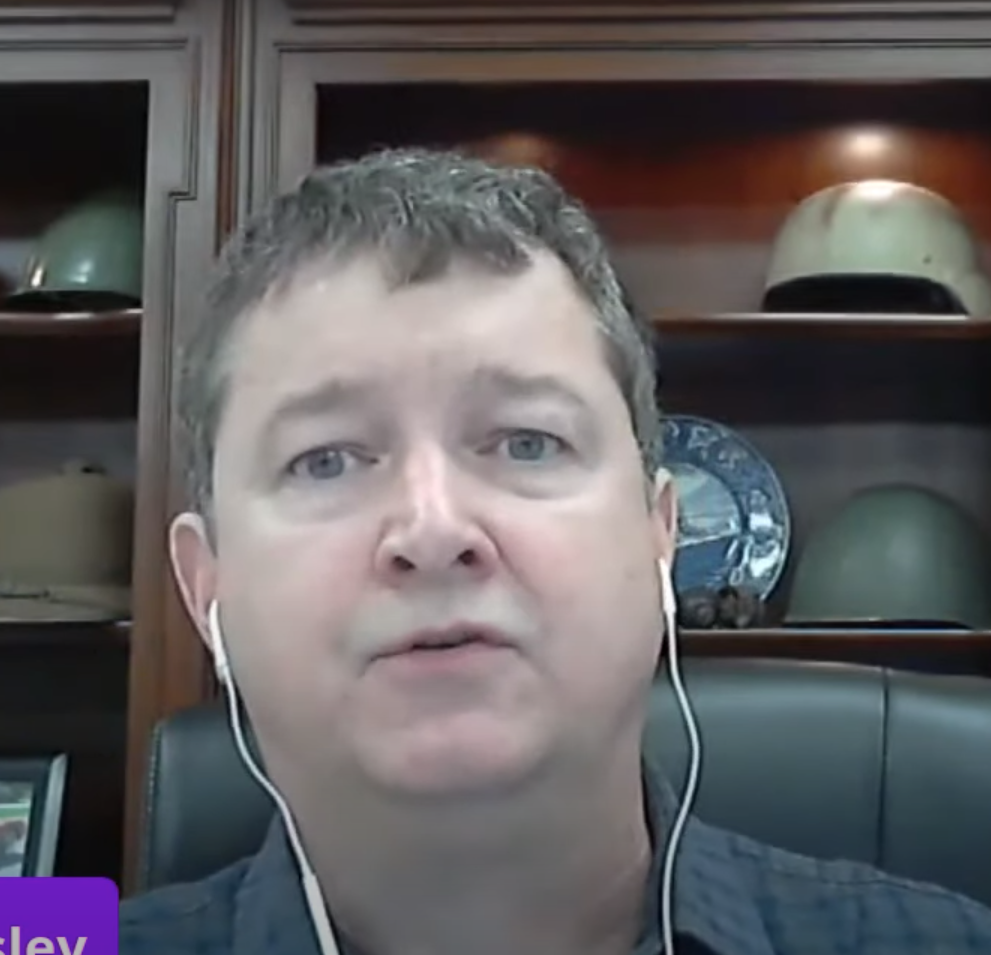 David Hensley in a video, titled "The Moore County BoE is allowing an Elementary Principal Serve 12 Month Prison Sentence as Principal," posted to his campaign Facebook page on Sept. 22. 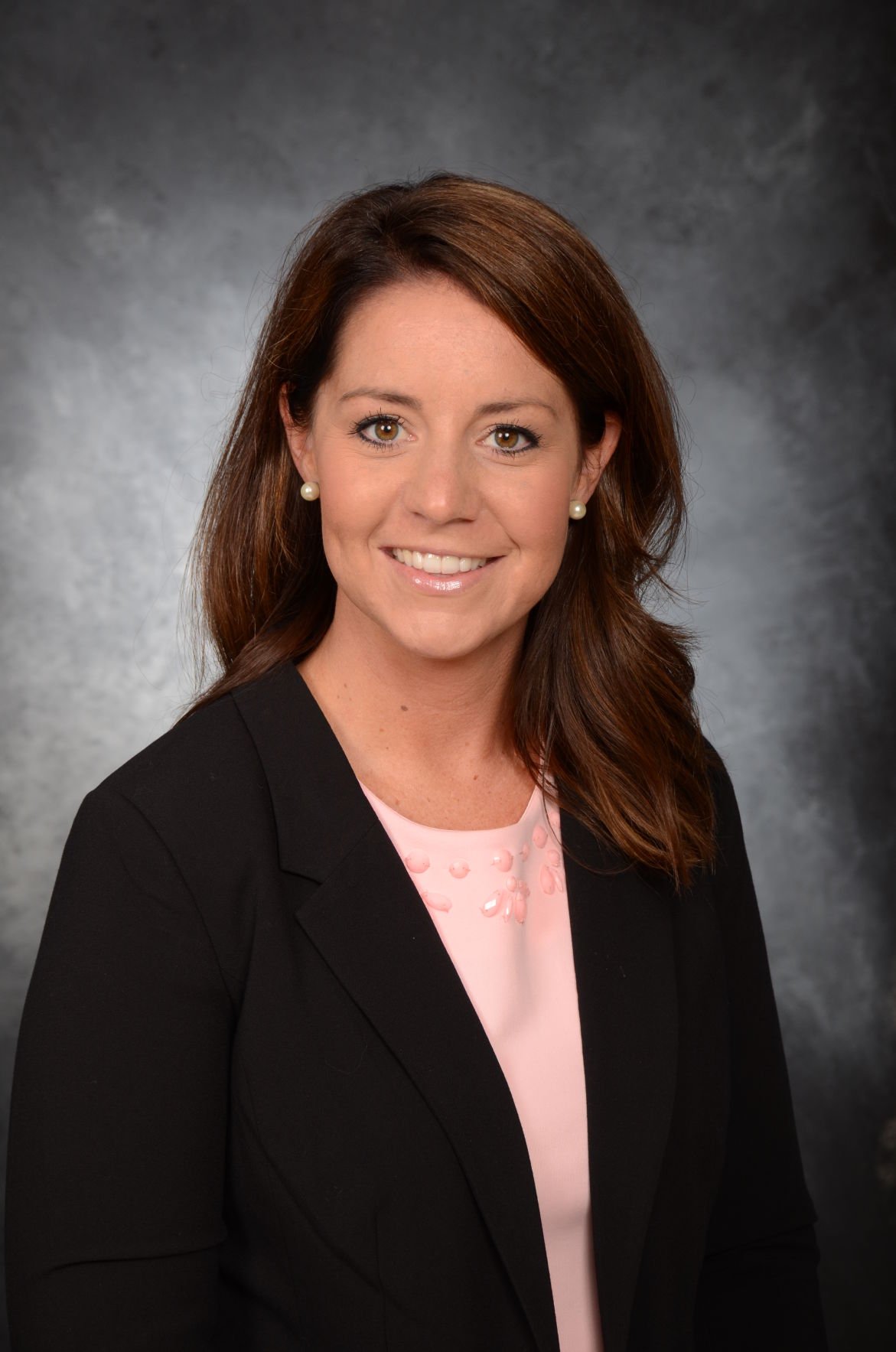 A candidate for the Moore County Board of Education has kicked off his campaign in earnest with an online video discussing McDeeds Creek Elementary Principal Molly Capps’ conviction this summer on charges of driving while intoxicated.

David Hensley posted a 16-minute video to YouTube on Tuesday criticizing Moore County Schools and the current board for continuing to employ Capps as a principal.

“What I’m forced to talk about today does not make me happy. It’s really a sad story of a principal who got into trouble,” Hensley said in the video, the first that Hensley himself has recorded and shared on his campaign Facebook page.

“The most important thing about this story and why I’m covering it is because it illustrates the continued poor decision-making and cronyism of the current Moore County Board of Education.”

Capps, 36, was convicted of a Level 1 DWI, the most severe misdemeanor DWI charge, on July 7 in Moore County District Court. She’s serving a 12 month suspended sentence.

As The Pilot reported in May, Pinehurst police arrested Capps on April 28 after she was “ejected” from a golf cart in the vicinity of Azalea Road about a mile from her home.

Capps was appointed as principal of McDeeds Creek before the school opened in 2019. She previously served for five years as principal at Aberdeen Primary.

In the video, Hensley narrates and annotates Capps’ original criminal citation as well as court documents detailing her sentence and surrender of her drivers’ license. He also also criticizes the school board for approving Capps’ routine contract extension, along with hundreds of other personnel matters including contract extensions for nine other principals, in May while her charges were pending.

When reached by The Pilot on Wednesday, Hensley said that his intent was not to attack Capps herself. He is running against incumbent Betty Wells Brown for the school board’s District 4 seat.

“My issue is not with Dr. Capps, my issue as I made clear is with the Board of Education and their failure to hold people accountable,” he said.

“It’s the Board of Education’s job to provide exemplary role models for our children, not to feel sorry for people’s personal situations that they get themselves into.”

Brown, the sitting board member Hensley is opposing, cited state personnel confidentiality laws and did not comment on his accusations. Capps also declined to comment when The Pilot attempted to contact her at McDeeds Creek on Thursday.

"All personnel decisions are made after full consideration of all relevant facts and circumstances, especially safety considerations, and with full respect to the due process rights of our employees."

A Level 1 charge is the most severe DWI charge short of a felony in North Carolina, and carries a minimum 30-day jail sentence with a maximum of two years. Judges cannot suspend the minimum sentence, but Capps is serving the remainder of her 12-month sentence under supervised probation.

Level 1 DWI charges are typically brought against repeat offenders or drivers with aggravating circumstances like transporting a minor while impaired. Capps’ initial charges included misdemeanor child abuse and failure to secure a passenger under the age of 16.

This is a developing story and will be updated.

Had a teacher done that, I’m sure she would be in jail, they hold teachers to high standards. A teacher is considered a role model and they have to be so careful, at school or away from school. But a principle gets drunk and wrecks her golf cart with her child onboard, gets charged and still keeps her job. It’s who you know folks.

First of all, this is an overblown headline. There is no reason for Ms. Capps’ mistake to be at the “forefront “ of the race, nor should it be a “continuing story”. What should be at the forefront is that Hensley is woefully unprepared to serve on the BOE, and that he is a tin-star bully. Dr. Betty Wells Brown is eminently qualified, and she understands the parameters of the job.

When the usual suspects are against you, then you know you're on the right side.

Interesting that you state Wells-Brown is "eminently qualified" to serve on the Moore County Board of Education.

The best operated companies and schools in the United States bed to differ with you.

I made a video about the qualifications to serve on a board, cited examples to include NC State, gave the reasons why our current Board of Education are woefully unqualified, the results due to their lack of qualification and why Hensley, Levy and Holmes are, by far, the best qualified people in this election.?

Here is a link to the my Facebook page. You will see the video and narrative on that page. I apologize in advance for the video, but this is an important topic and there are tons of mis-perceptions on this issue. https://www.facebook.com/HensleyForSchoolBoard

If every professional who received a dui were fired, we would have a shortage of well qualified people. Life is not black/white and needs context. Who wants to live under authoritarianism? . DUI’s happen unfortunately. The goal of most professions is to get the professional appropriate medical care , counseling, and integrate them back into their professional and personal lives.

A friend of mine lost his beautiful teenage daughter to a drunken driver. It destroyed the happiness of his home and him psychologically. Drunken drivers are potential murderers. Before the regressives infiltrated government schools in the late 60s, school teachers, and especially principals, were exalted members of their communities, held to a higher standard that they generally met - or lost their jobs. Out of self-respect Mrs. Capps should have publicly repented, resigned from MCS and enrolled in AA. That she retains her position at a great expense to Moore County taxpayers is shameful and ought to be grounds for the dismissal of her boss, superintendent Grimsy.

My god man, put a sock in it. You comment as if the lady was Otis Campbell. Only in Pinehurst would this be news worthy.

It sounds as if only a scarlet letter would do! I believe that she has been dealt with appropriately.

This is an elementary school principal who was arrested and charged with DWI, two counts of child abuse and several other charges. She was sentenced to 12 months in prison. He sentence was suspended pending successful completion of 12 months of SUPERVISED probation.

The current Moore County Board of Education sees no problem with an Elementary School Principal serving her sentence while being an elementary school principle.

Our children desperately need exceptional role models and the faculty/staff of McDeed's Creek Elementary need a leader they the lookup to and respect. The Board of Education obviously doesn't understand that concept.

This is yet another example of lack of accountability and poor decision making by the Moore County Board of Education.

I am providing additional examples on my Facebook page.

This is one of the main reasons that thinking parent continue to flee government schools. A drunkard whose previous school, Aberdeen Primary, gets a D rating on the state school report card, but the woman not only keeps her job but is put in charge of the first of four new gold-plated schools and faces no consequences for actions that would cost most leaders in the private sector their jobs. While I applaud the courage of Mr. Hensley, clearly MCS government schools are beyond repair. The Wonder Women will circle the wagons with their sycophants and crony friends living good at the government feed trough.

This misguided decision by the Board sets a low bar for every administrator and teacher when it comes to personal conduct. Why are McDeeds parents standing for this? The larger question is why a judge would suspend a sentence in such a serious matter. Has anyone inquired.

I can answer that question: Perhaps because it would be absolutely pointless, not mention stupid, to put this woman in jail. I hope this little campaign of Hensley's fails and I really don't understand why pillorying Dr. Capps is going to be an "ongoing story."

Bully on boys, show the town how a real man behaves.

We should remember "No One is Perfect! We all have shortfalls in our life at one point or another. If everyone who made an error in judgement is relieved of duty, think of the talent our entire country would lose, we learn and move on..... We have become a nation that is quick to judge and criticize and hold people to a standard that is nearly impossible in today's world. Dr. Capps, keep doing the outstanding job preparing Moore County's future leaders.

Calvin, you are so right, people make mistakes. Thank you.

Who is calling for a jail sentence? Why is stating the facts called bullying?

Who said Ms Capps should be in jail? I didn't. I stated that she should not be principal of an elementary school while serving a 12 month sentence and further stated that the Moore County Board of Education is not doing their job renewing her contract while charges of DWI, two counts of child abuse and several other charges.

Further, I would be making the same points regards of the principal's gender, race, etc, so why are you making the sexist comment "Bully on boys, show the town how a real man behaves"? I actually am because a "real man" understands the importance of role models, leadership and accountability.