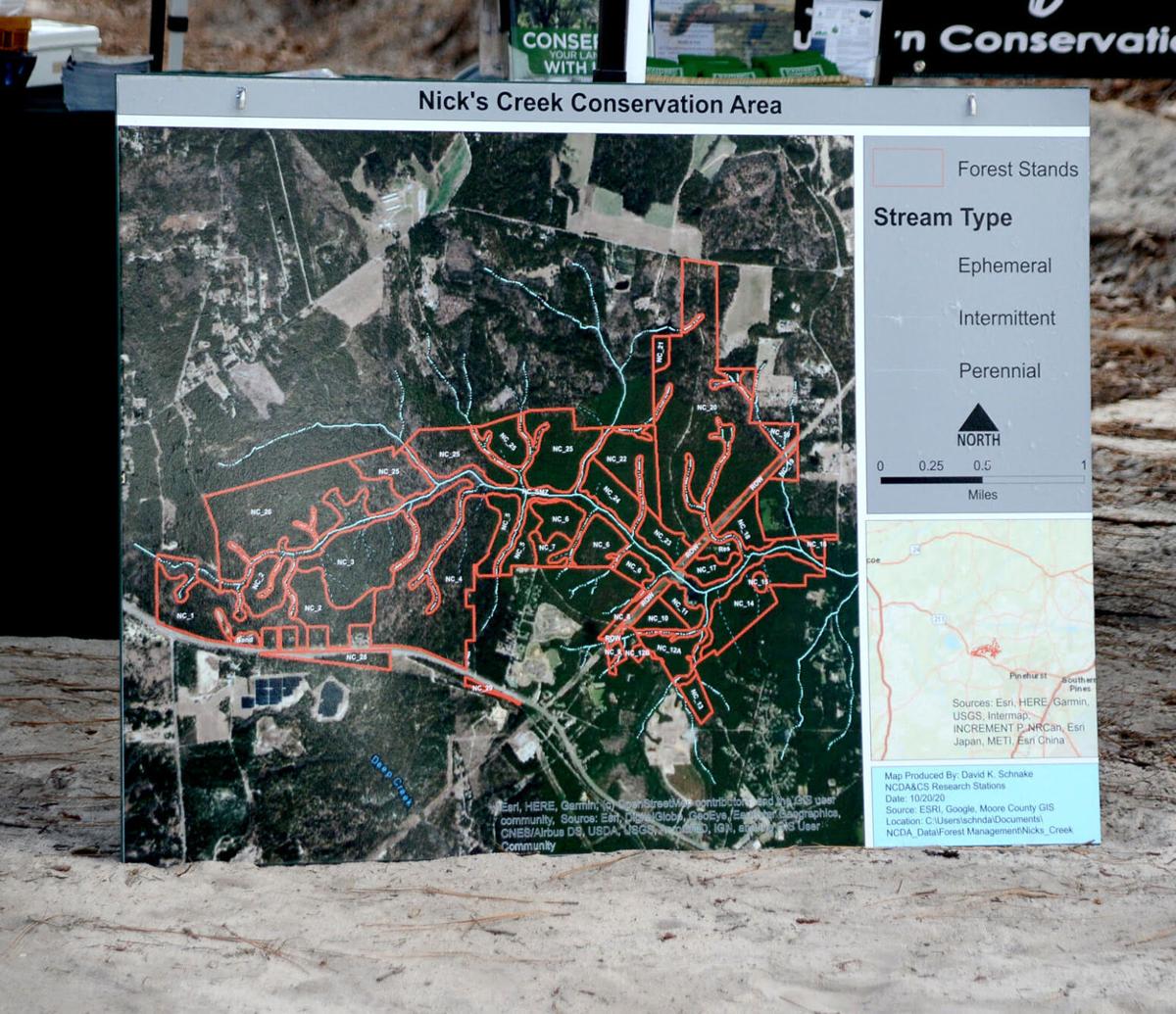 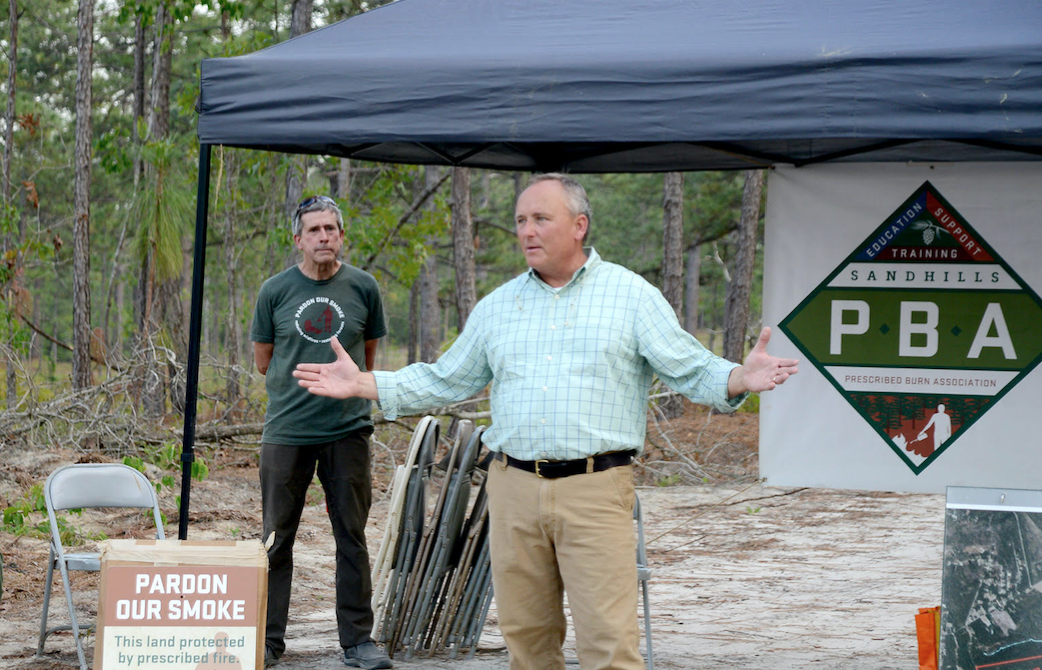 Restoring native longleaf forests to large tracts in the Sandhills is a desirable though costly enterprise. An ambitious new project on the outskirts of Pinehurst aims to find the “magic sauce” that can synthesize economic and conservation forestry goals.

Nick’s Creek Longleaf Reserve is an 1,800-acre undeveloped stretch between N.C. 211 and N.C. 73, in West End, that was once destined to become a resort-like community of homes, hotel and spa, and two 18-hole golf courses. Known as Pine Forest when those plans were unveiled in 2009, developer MHK Ventures made slow progress following the economic downturn and a series of challenges related to water and wastewater needs.

Quietly, in December 2019, the massive property was donated to Pine Forest Reserve, LLC, according to the Moore County Register of Deeds. It is now owned and managed by Southern Conservation Trust, a Georgia-based nonprofit that protects working farms, forests and historic landscapes through conservation easements and fee simple property donations.

The privately held Nick’s Creek Longleaf Reserve is operated, in part, as a demonstration ground for how receipt-based forestry can help bankroll longleaf restoration efforts.

“This is an experiment. It is a real game changer,” said Jesse Wimberley, coordinator with NC Sandhills Prescribed Burn Association. (SPBA). “It is not a recreation place, it is an education place. That is the niche they’re after.”

The large acreage includes the headwaters of Nick’s Creek, a waterway that runs from West End to Whispering Pines. It has been subdivided into smaller tracts where different types of forest management and restoration work will be utilized. One area may have undesired growth thinned and chipped, another area may be mulched, another will be burned — a necessary tool in longleaf management — and another will be treated with the addition of a chemical herbicide treatment.

“Whether by fire or mechanical means, historically the forest midstory was kept in check. But due to fire suppression efforts, we have this huge accumulation of fuel. That is a liability.” Wimberley said.

This midstory layer of vegetation is typically populated with low-value materials for the forestry and forestry commodities market. So, for example in forests in the American West, removing that unwanted growth is pricey.

“What we are trying to do across the range is figure out how to turn a liability into an asset,” Wimberley said.

One potential relief valve is the wood pellet industry. North Carolina is home to several biomass or wood pellet exporters, including the Enviva plant in Hamlet.

Melvin Ezzell, a registered forester contracted by Southern Conservation Trust, said the wood pellet industry has received a bad reputation with environmentalists that he believes is unfair.

“Trees are a crop, a renewable, natural resource,” he said. “We are fortunate to have logging crews, mills, and the wood pellet industry to help us monetize forestry.

“Enviva handles what otherwise would be considered a trash product. It is wood waste that used to have no value before the wood pellet industry.”

On May 27, Ezzell met with a number of local landowners and neighbors of the Reserve to show off an area of the property where a thinning and chipping operation had been conducted, with the accumulated material purchased by Enviva.

“Forestry doesn’t happen overnight, it is a process. It is a marathon not a sprint,” said Ezzell, noting the ultimate goal at Nick’s Creek is to restore 1,200 acres to longleaf savannah.

“We’re still playing with that formula to get to a price point that works that can be applied for both habitat restoration efforts as well as wildfire mitigation,” Wimberley said.

“Working forests create revenue and jobs and require no public services, such as schools or police. That is the story we want to tell. When land is used in a sustainable way, it can have multiplier benefits for the community,” Wimberley said. “Nick’s Creek can be used as an outdoor classroom for other landowners to see how they can see returns in forestry. They can reduce their liability while increasing their assets, and we hope people will see that land that is retained can have a calming influence on growth.

“The goal,” Wimberley said, “is to figure out how to do it to benefit everybody.”