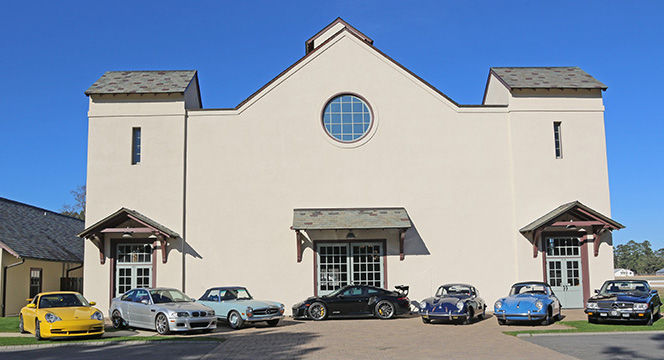 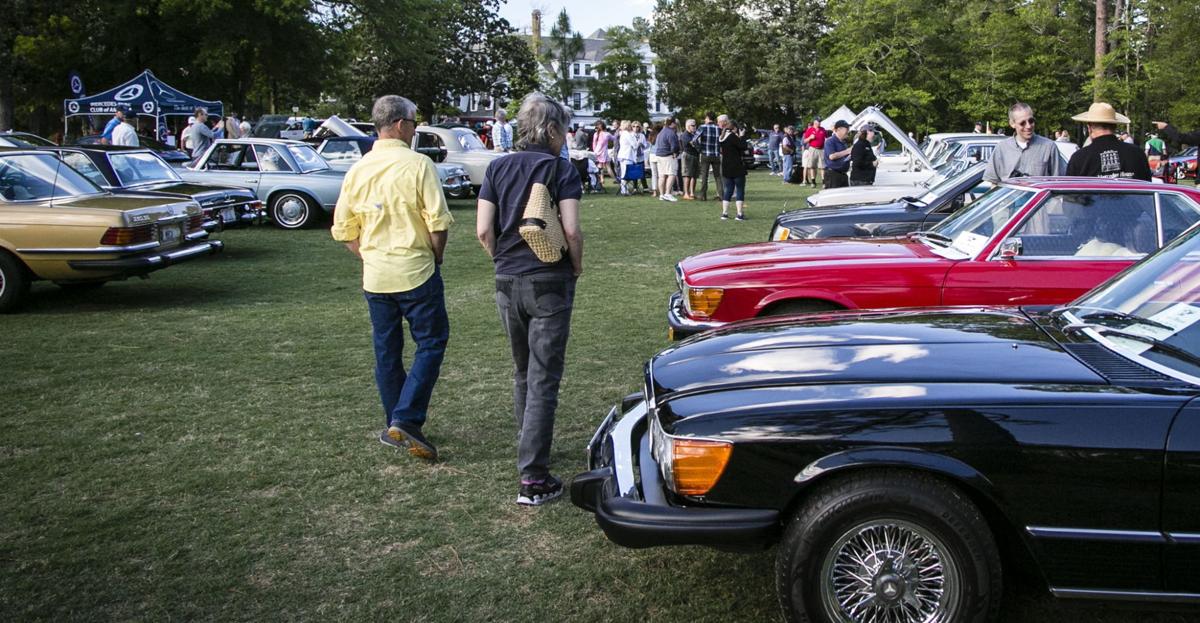 When the Pinehurst Concours d’Elegance ended in 2017 after a five-year run, several car enthusiasts felt something was needed to fill that void.

“When they decided not to bring that back, we got together to talk about how to pick up where they left off,” says Marvin Waters, president of the Sandhills Motoring Festival. “In all honesty, we wish the Concours was still here. That event was very successful. It really showcased the village of Pinehurst. They did a wonderful job.

“Our idea was to build an event that over time may replace the Concours down the road.”

The inaugural Sandhills Motoring Festival took place over Memorial Day weekend last year primarily at Little River Country Club, where Waters is the general manager, for members of the Mercedes Benz Club of America and the Porsche Club of America. It attracted more than 150 participants from North Carolina and elsewhere along the East Coast, with about 70 cars competing. As part of the event, the cars were displayed on the Village Green last year.

Organizers wanted to strengthen and formalize that connection with Pinehurst and have a greater presence in the village this year. The result is the first Concours in the Village, which will take place Sunday, May 26.

The Village Council voted unanimously Tuesday to be one of the title sponsors, allowing the festival to use Tufts Park and the village’s mobile stage for a VIP party that Saturday and the competition Sunday morning free of charge.

Cars will be staged throughout the downtown that Sunday morning for the competition.

“We are excited to see the Sandhills Motoring Festival come to the village of Pinehurst over Memorial Day weekend,” said Mayor Nancy Fiorillo. “The village will provide a wonderful backdrop for the showing of the finest automobile club vehicles in the Carolinas and the surrounding regions. This a perfect opportunity to showcase our community.”

As was the case with the Concours, the Sandhills Motoring Festival donates all of its proceeds to the Sandhills Community College Foundation to fund scholarships for students in automotive technologies program. Last year, the festival donated $5,000, Waters told the council.

Even though the festival is not a registered nonprofit organization, Waters said its mission statement is to “donate every dollar we raise” to the SCC Foundation.

Waters said Memorial Day weekend is typically a quiet time around this area, so the festival is a way to draw more people to the village.

“This year we are hoping to grow the event,” Waters told the council, adding that they are expecting to have about 125 cars in the festival this year.

Waters, a Porsche man, along with Mercedes enthusiasts Steve Redwine and Bill Faison, organized the festival.

Events will also take place throughout Memorial Day weekend at Little River for the participants. They take part in road rallies, visit a local car restoration company and have other activities.

The two automobile clubs had taken part in the Concours, showing cars in the Fairway Club at the show, which featured a judged competition of vintage and collector cars. They built a weekend of events around the one-day car Concours, Redwine said.

“We had a great time,” Redwine told the council of their experience with the Pinehurst Concours. “We said we needed to be doing more in Pinehurst … so why not spend the whole weekend here, so that is what we started doing. We started inviting other Mercedes owners from the East Coast. We had a great following. They loved what we offered. They came back.”

Redwine said they toured a company near Pinehurst called SLR, one of the “premiere restoration companies in America.” SLR, along with Mercedes-Benz of Fayetteville and Porsche of Greensboro, are among the sponsors of the festival now, he said.

“We wanted to build something around a major event like the Concours, so now we have become that event,” Redwine said of the Motoring Festival. “But we still haven’t lost sight of what brought us here.”

Redwine said they want to continue bringing other car enthusiasts here who would enjoy spending time in Pinehurst. He said he is already receiving calls from people wanting to know about this year’s festival.

Waters and Redwine said they encourage participants to patronize shops, restaurants and pubs in the village while they are here, especially Saturday night after the VIP event, as well as coming back later to visit and play golf.

“We really try to promote Pinehurst,” Redwine told the council. “It really is a jewel. It is something right in our backyard.”

Redwine said the festival organizers are all car enthusiasts and businessmen.

“But this is not our business,” he said “This is our passion.”

Before voting to serve as a sponsor for the event, as the village did for the Concours, council members questioned some of the logistics of the event that Sunday morning.

“Staging is tricky,” Jack Farrell said. “We need to be sensitive. This is a residential area.”

Parks and Recreation Director Mark Wagner said issues such as parking and other logistics would be addressed through the temporary use permit for the event once the application is submitted.

“That is where it gets a little tricky,” Wagner told the council. “One of the challenges is how to manage that size of an event.”

Waters said they would be sensitive to that as well as not doing anything to disrupt services at the nearby Village Chapel since this would take place on a Sunday. He said the cars would be staged in the downtown, primarily in the parking spaces along Chinquapin Road and Market Square.

He said that of the 353 spaces downtown, they would use “roughly” 125 of them to stage the cars.

In response to a question from Farrell, Wagner said the value of the village providing the use of Tufts Park, a few hours of staff time to set up and take down the stage, and providing barricades and cones would amount to about $1,100.

“I guess one could consider this a donation to Sandhills Community College,” Farrell quipped. “I think this is a great sounding event.”

Council member Kevin Drum, who owns the Drum and Quill Pub downtown, said the event would not cause any major disruption since “there is no one there” on Sunday mornings.

Even though cars will be taking up some of the parking places for the show, plenty will be available when businesses, mainly restaurants and pubs, open.

Fiorillo said the village should also let other business owners know about the event in case some want to open that Sunday.

Redwine said it will bring more people downtown that day. He told the council that they are modeling the event after one in Carmel, Calif., called Concours on the Avenue. It is held each year during Monterey Car Week and is the traditional kickoff event for the week and draws large crowds.

He said Carmel, like Pinehurst, is a “quaint village.” He said he attended the event last year.

“This is something we are trying to bring here, to create the same ambiance,” he told the council. “Some retailers think they might be losing business. I saw nothing but a mass of people going in and out of the shops. It was really a great event.”

Mayor Pro Tem John Bouldry said events such this and Shakespeare in the Pines benefit the village.

“We are developing a great magnet of activities to draw people to our village of Pinehurst,” he said. “This is encouraging.”

Past events at the country club were fun but the attendance fee was very high for the average Joe. If music is to be included, please no more has-been groups from 40 years ago. This is the South - why not country or bluegrass music, which supports local talent. Why give money to SCC? They are getting millions through the school bond and have a recent track record of pushing far-left agendas from Chapel Hill.