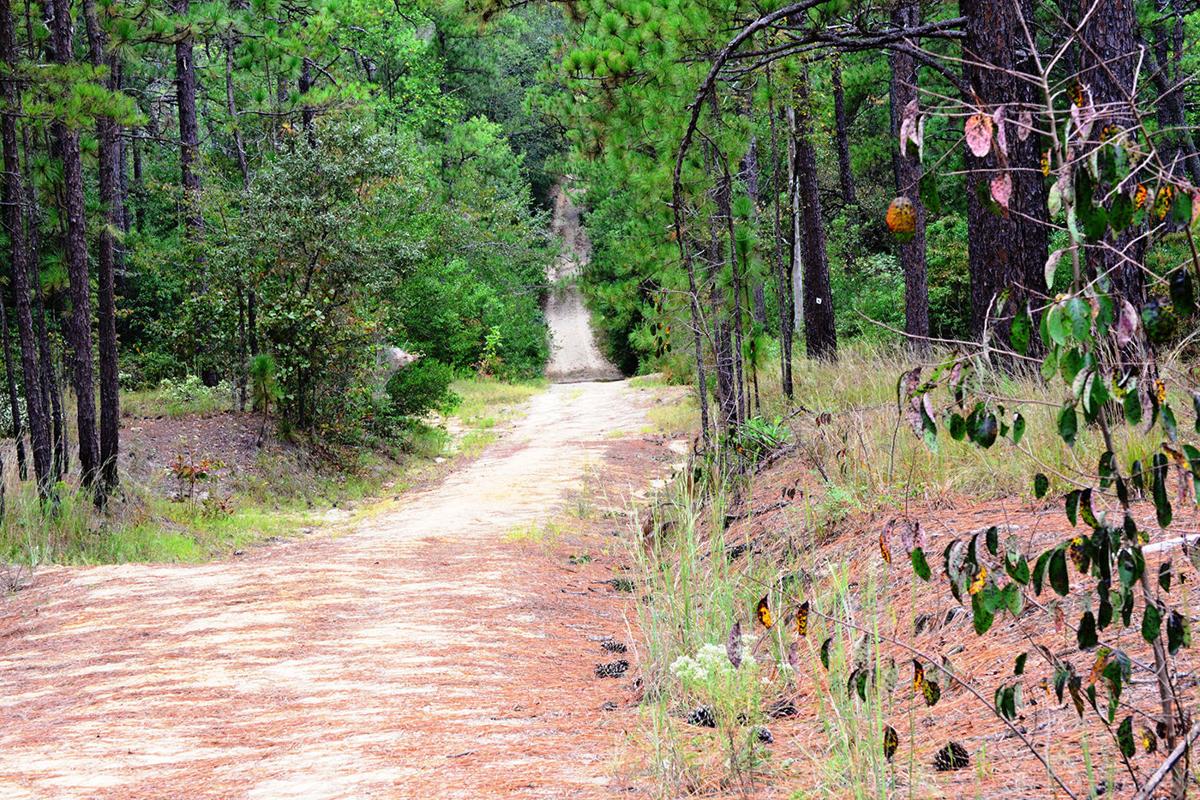 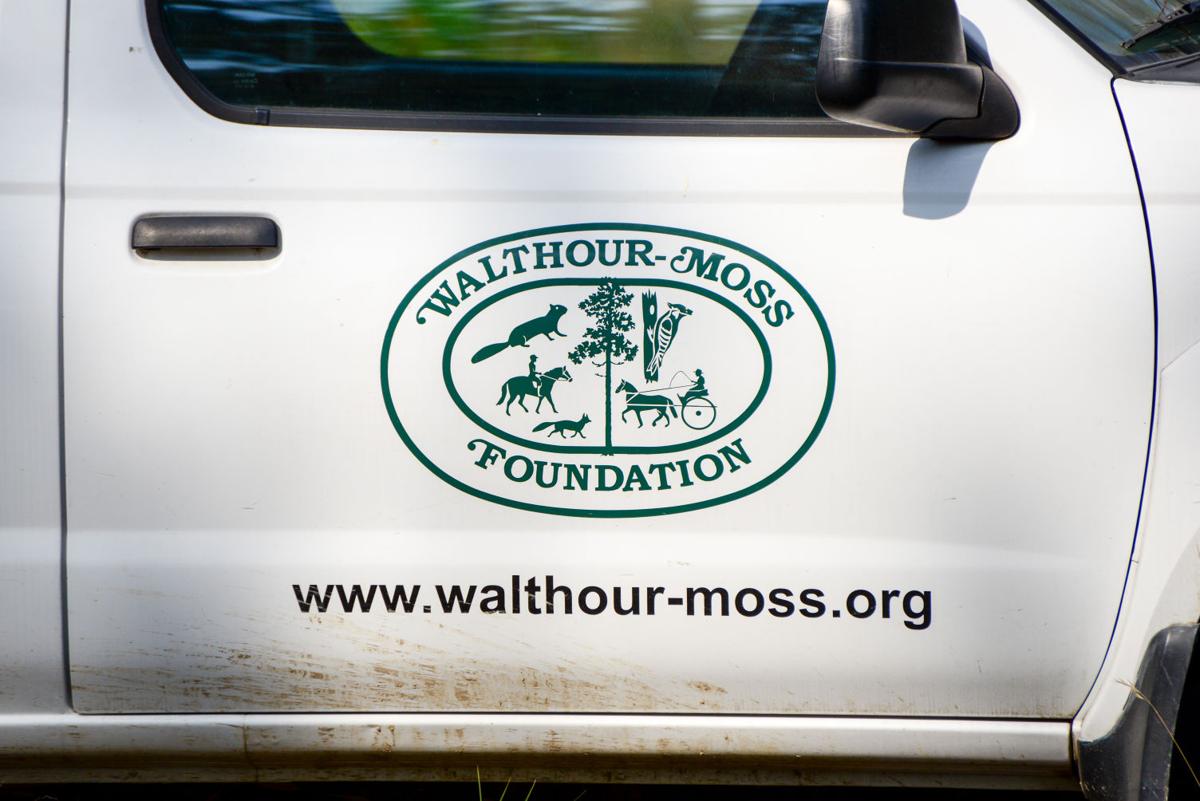 For all the growth that has gone on in Southern Pines in recent years, one of its hallmarks is a vast spread largely untouched by time — and it will remain so.

The historic Walthour-Moss Foundation, created decades ago as a preserve and escape for the equestrian community, granted a conservation easement last week to the U.S. Forest Service, guaranteeing the foundation’s several thousand acres of native ecosystem will be protected from development pressures that are just a mile down the road.

Southern Pines’ population has quadrupled since Ginnie and Pappy Moss first set out to establish a permanent playground for horse and hound. Just a mile or so from the town limits, in the near-silence of the towering longleaf pines, you’d never know you’re near so many people. That’s a testament to the success the Walthour-Moss Foundation has had in preserving the Mosses’ vision and expanding the foundation lands to nearly 4,200 acres.

The foundation comprises much of the area between Youngs Road, May Street and U.S. 1, along with what’s known as the North Country between Southern Pines and Vass. It’s a shrine to the historic longleaf forest as it existed before Moore County’s settlement, and to the natural habitat of 31 rare or threatened species, including the vulnerable red-cockaded woodpecker.

For the most part, it’s only accessible by horseback or on foot. The Walthour-Moss Foundation formed in 1978 in the interest of keeping it that way. That hasn’t always been easy in the face of increasing residential and commercial development around Southern Pines, and the occasional Department of Transportation proposal for a U.S. 1 bypass through horse country.

Through the conservation easement granted to the U.S. Forest Service, the foundation’s task got a little bit easier. The easement applies to 3,946 acres of the foundation that were not previously covered by similar agreements.

The easement is essentially a voluntary legal agreement between the foundation and the Forest Service that permanently restricts the development of property in the interest of conservation.

The land will remain owned and controlled by The Walthour-Moss Foundation. It is open to the public for equestrian use. The Nature Conservancy assisted in extensively documenting the property’s natural features and will monitor the easement for the Forest Service.

“This is a win for nature and people,” said Nature Conservancy scientist Jeff Marcus. “The Foundation is an important tract of land that provides valuable habitat. The Foundation property remains largely like Moore County was a century ago.”

The agreement with the Moss Foundation is the largest conservation easement that the federal forest service has completed through its Forest Legacy Program in North Carolina. The program formed in 1990 to protect and conserve important forests threatened by conversion to non-forest uses. 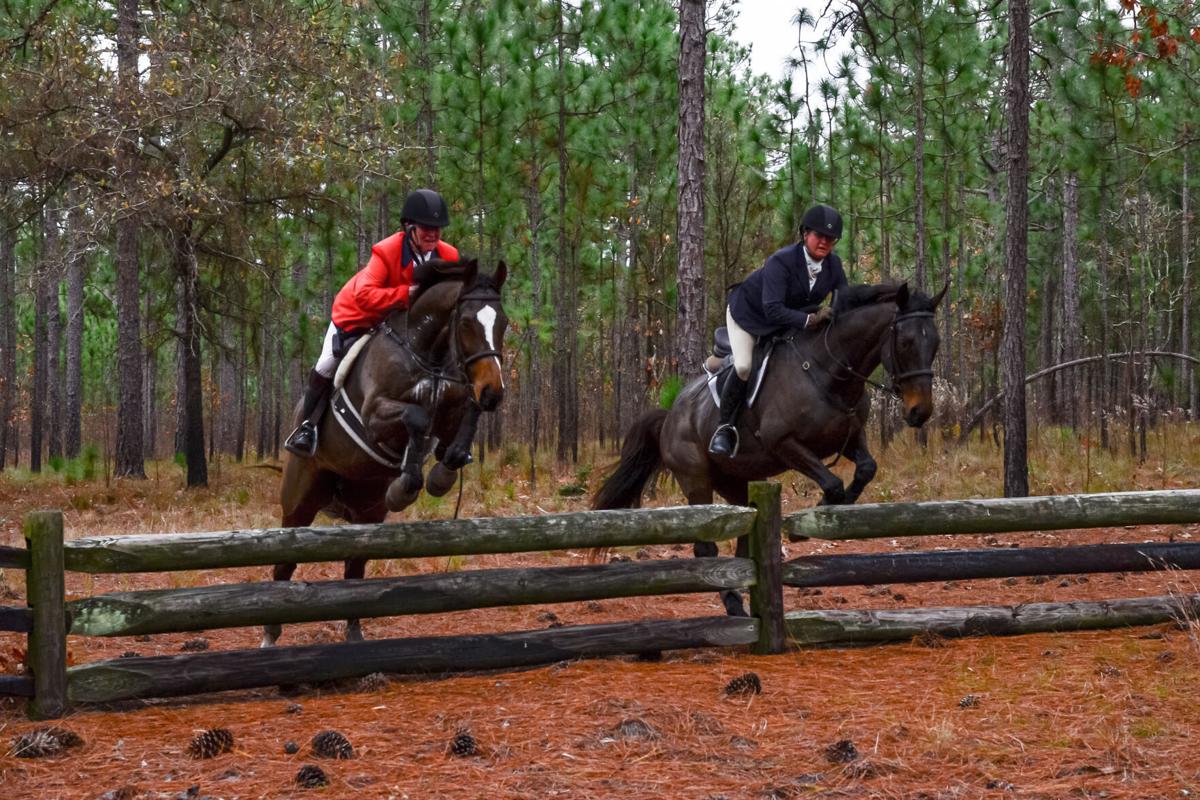 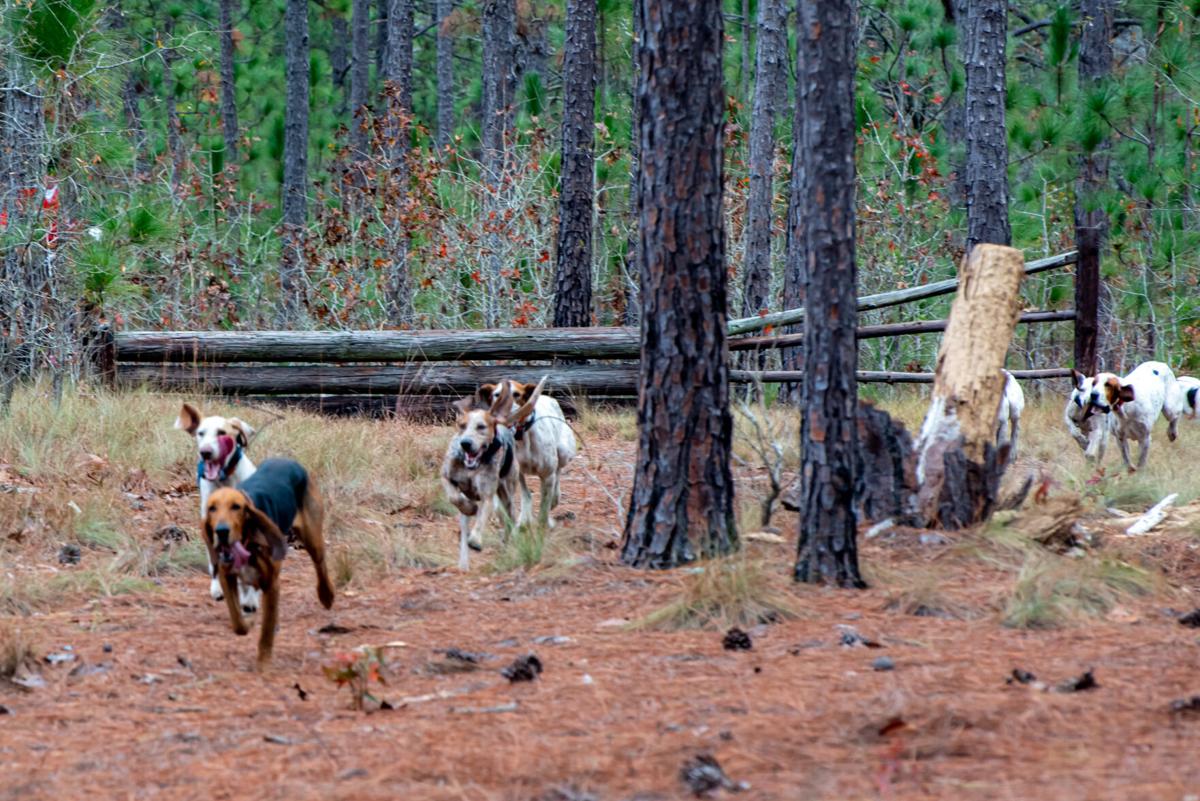 Fox hounds give chase to the dragged scent.jpg 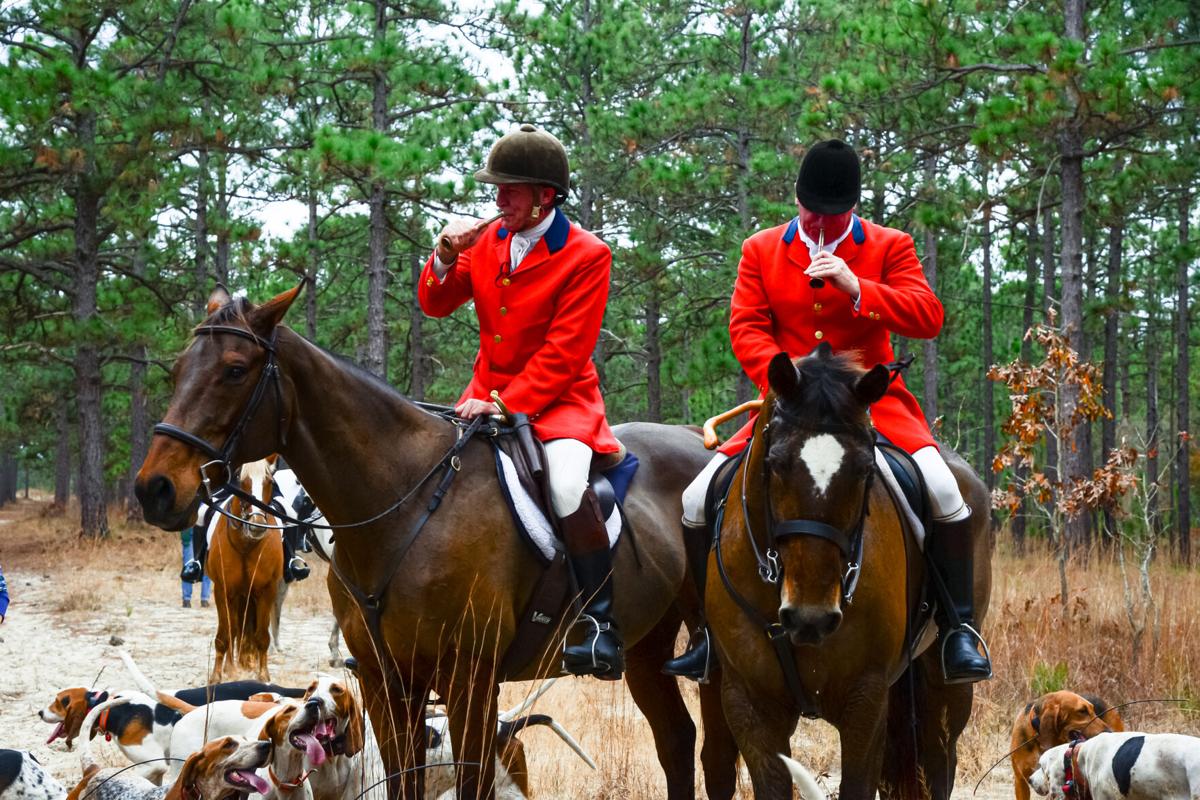 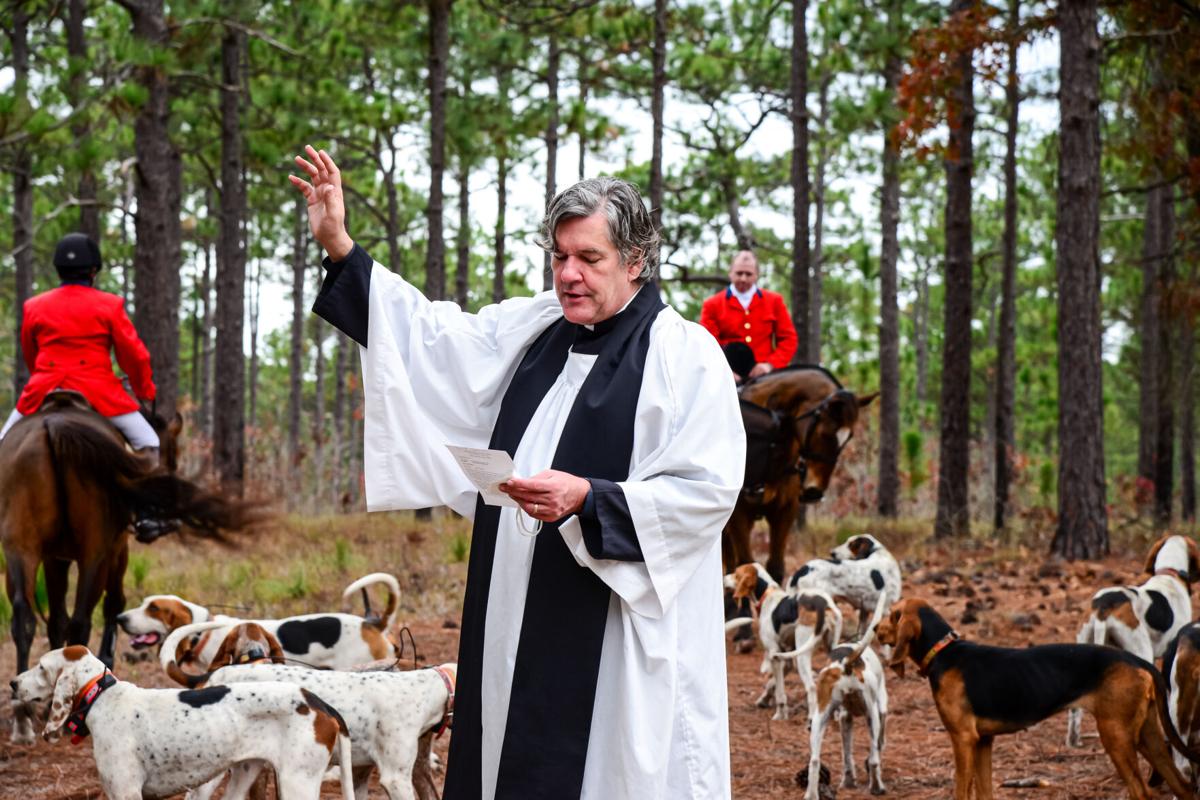 Rev. John Talk gives the blessing to the hunt.jpg 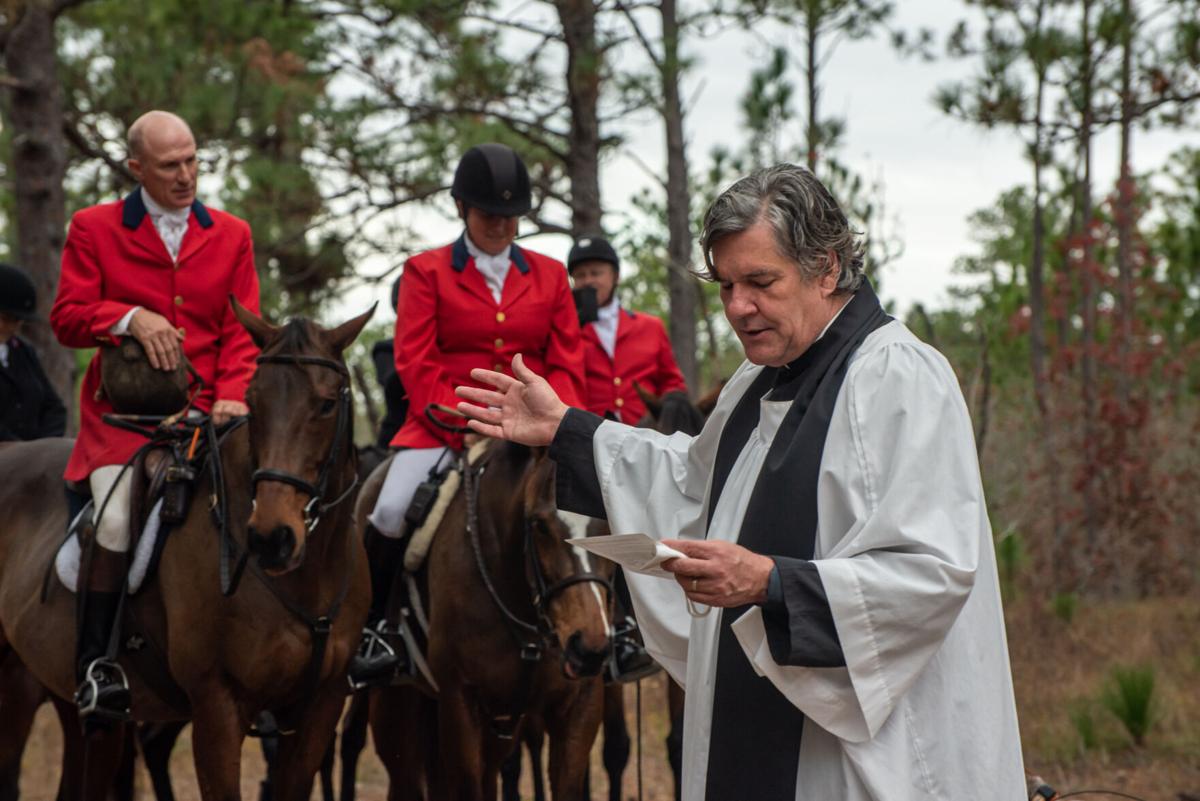 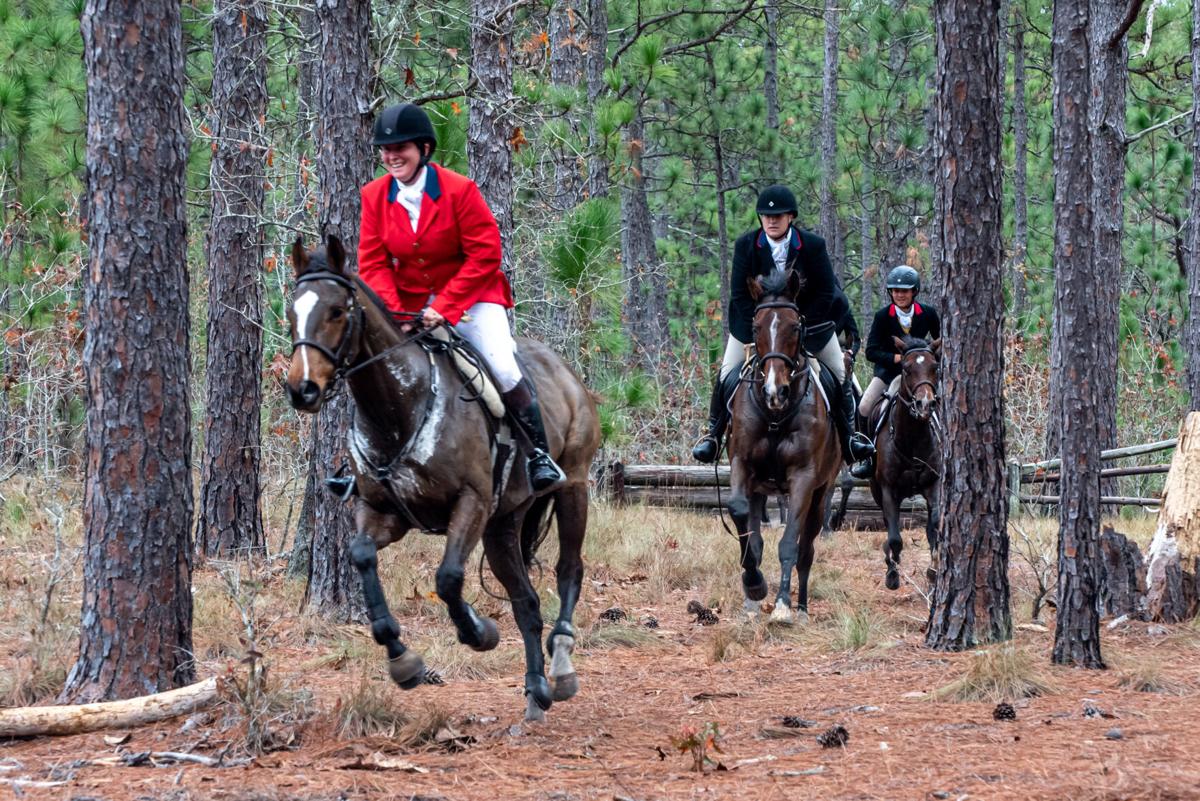 Riders gallop through the woods.jpg 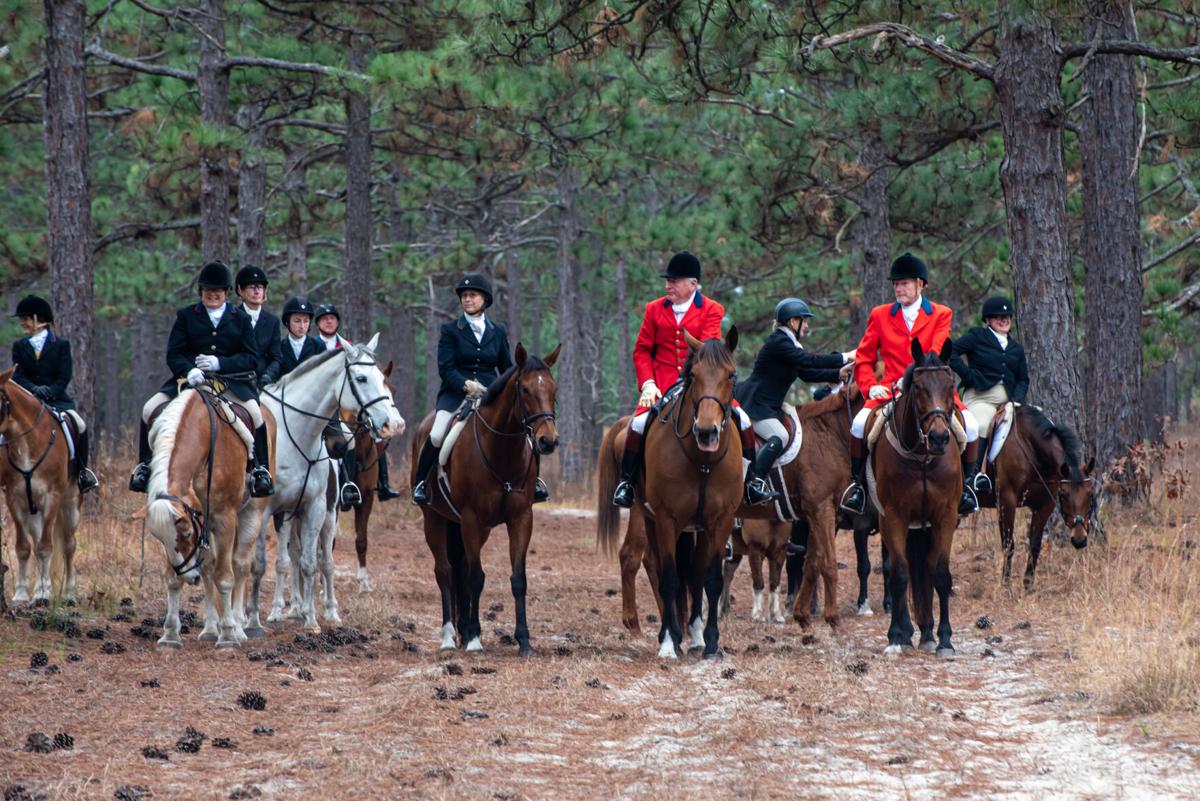 The Hilltoppers look on, led by Mike Russell.jpg 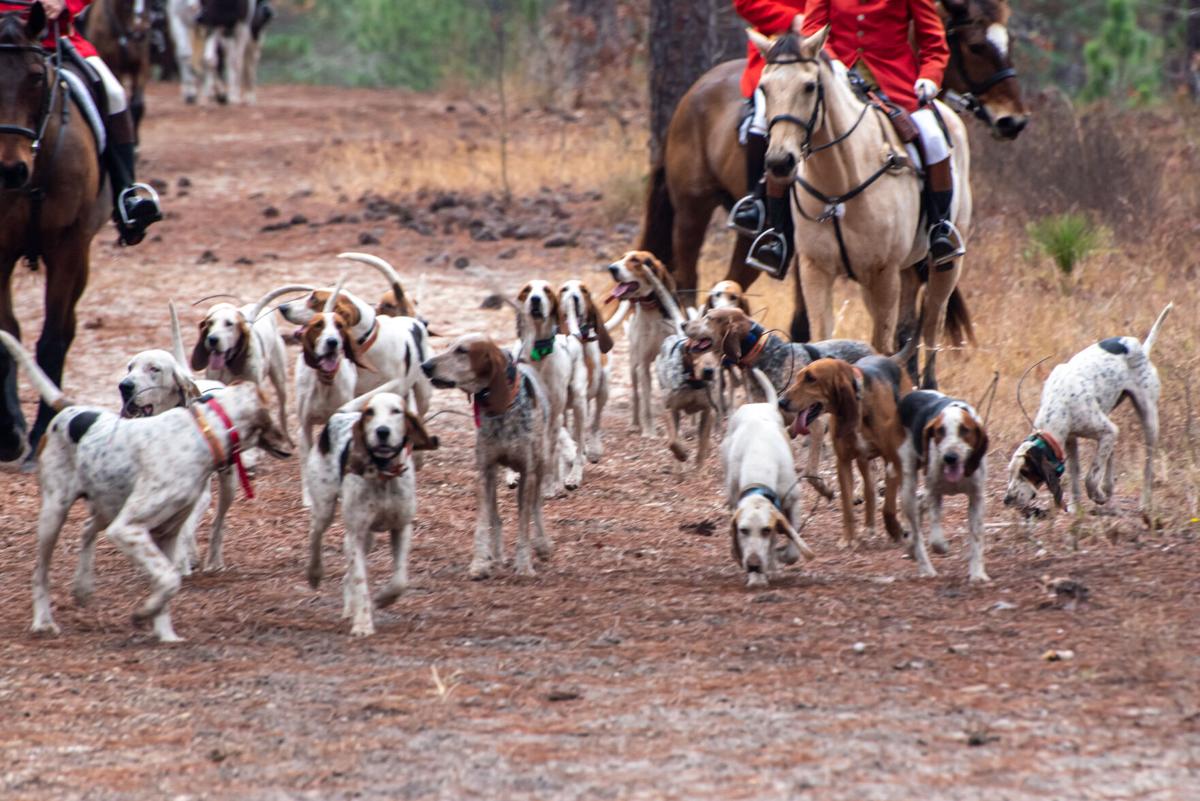 The hounds are ready to hunt.jpg 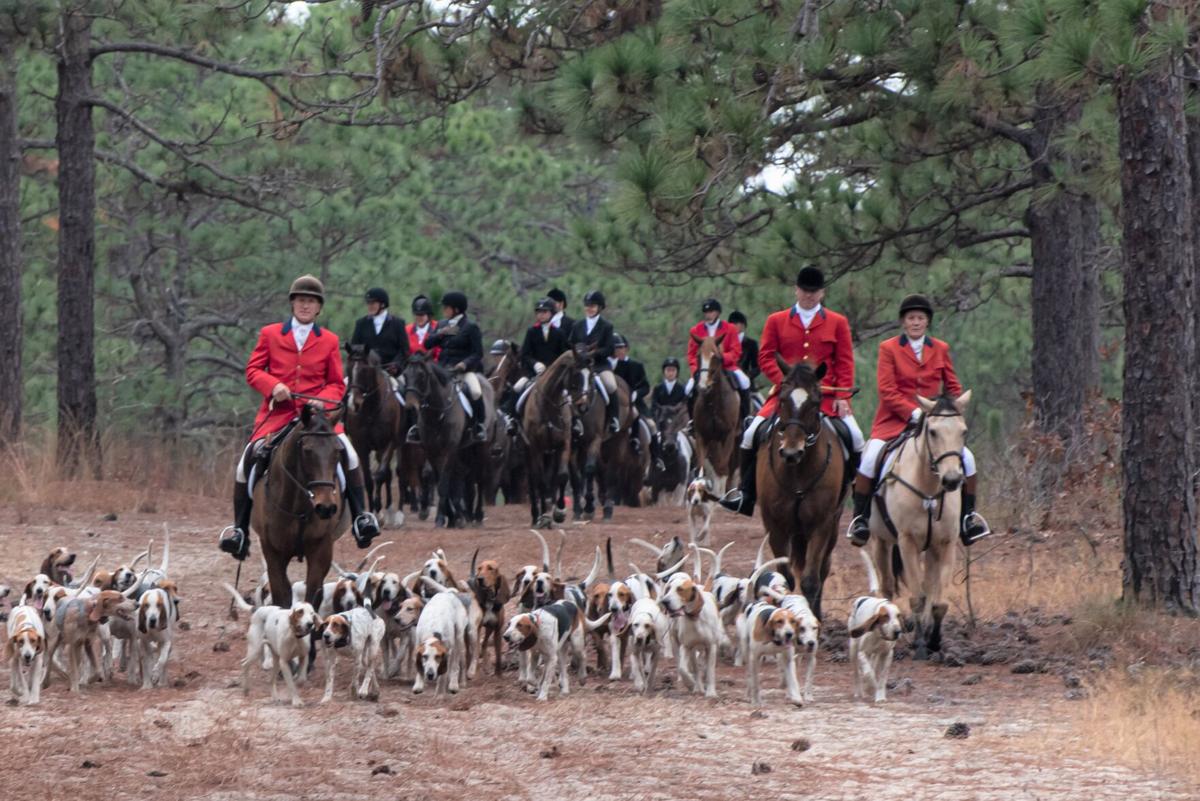 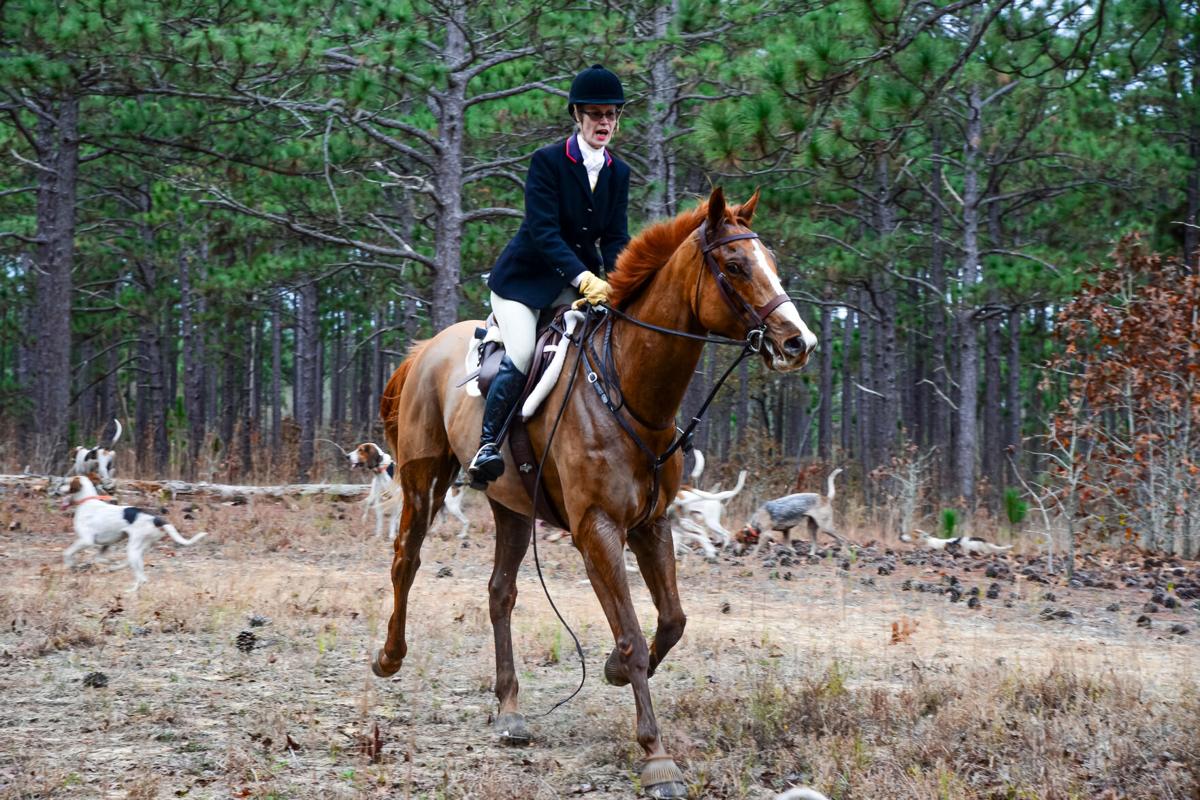 Blessing of the Hounds 2020

The Moore County Hounds group held its traditional annual Thanksgiving Day first hunt of the season, but not in the traditional fashion. This year, there was no large public party and celebration of the Blessing of the Hounds as in past years, because of the coronavirus.

Members of the group instead conducted their hunt on the grounds of the Walthour Moss Foundation and had a quiet blessing by The Rev. John Talk.

Photos by Diane McKay, Special to The Pilot

Fox hounds give chase to the dragged scent.jpg

Rev. John Talk gives the blessing to the hunt.jpg

Riders gallop through the woods.jpg

The Hilltoppers look on, led by Mike Russell.jpg

The hounds are ready to hunt.jpg

“This conservation easement is a component of our long-term plan to protect this land and to ensure that it permanently remains intact and available for equestrian use,” said Stephen Later, the chairman of The Walthour-Moss Foundation. “Many people contributed their time and treasure to assemble and to preserve this forest over the past century. This is an expression

of our gratitude for their commitment.”

The easement prohibits a host of uses inimical to conservation, including construction and the addition of paved surfaces. It also rules out future subdivision of the property, planting vegetation that isn’t native to North Carolina and the removal of trees and existing vegetation unless that’s part of an approved forest stewardship plan.

It does allow for the addition of new fences and equestrian jumps, as the land is a mainstay of the Moore County Hounds. The property’s history as a foxhunting fixture contributed to the addition of 2,500 acres to the National Register of Historic Places back in 2013. It also draws historical significance as the home of trees bled of turpentine over a century ago and the remnants of kilns used to produce tar to maintain 19th century navy vessels.

The Hunt: An Ageless Tradition Looks to Its Future

Outside of a handful of horse-centric communities around the United States, it would be easy…

“The Forest Service is thrilled to be one of the many partners preserving this beautiful tract through a large-scale Forest Legacy Program project,” said Southern Regional Forester Ken Arney. “The size and natural resource value of the forest will help protect our air, water and wildlife.”

The easement effectively prevents North Carolina and its agencies from superseding the federal government’s conservation interest in the Walthour-Moss Foundation lands. It legally restricts the foundation and the Forest Service from cooperating with any exercise of eminent domain that’s inconsistent with the easement’s limitations.

Its limitations are in line with the foundation’s existing management practices in service of preserving the longleaf pine ecosystem. Those involve periodic controlled burns, thinning of dense oak and pine clusters and gradually replacing invasive species with longleaf pine seedlings.

“This conservation easement is remarkably robust in its protections. It ensures that our forest will remain permanently available to future generations to enjoy without intrusion by buildings, roads, power lines, pipelines or other development,” Later said. “This agreement recognizes the importance of this land to our equestrian heritage and to the rural nature of horse country. We are very pleased to be able to protect it permanently.”

This is what should happen to Pinehurst's western border