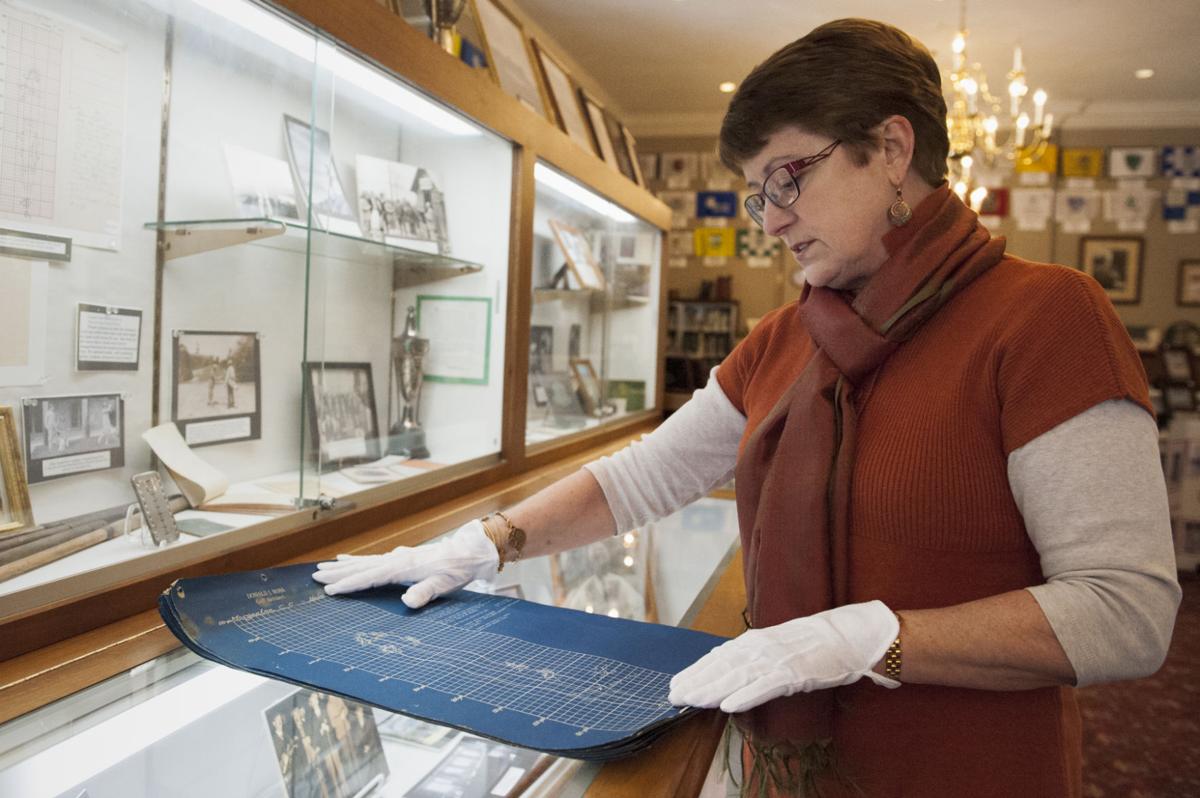 (SARA CORCE/The Pilot) Executive Director Audrey Moriarty discusses the history of Donald Ross while looking at drawing plans for Morganton golf course, by the golf architect, at the Given Memorial Library and Tufts Archives on Friday, February 20, 2015 in Pinehurst, North Carolina. 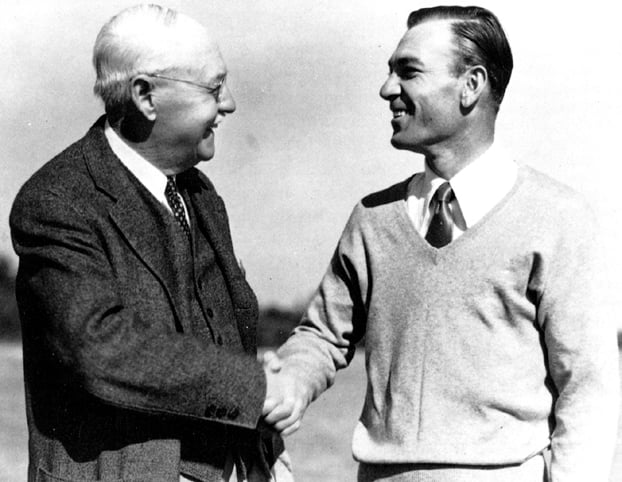 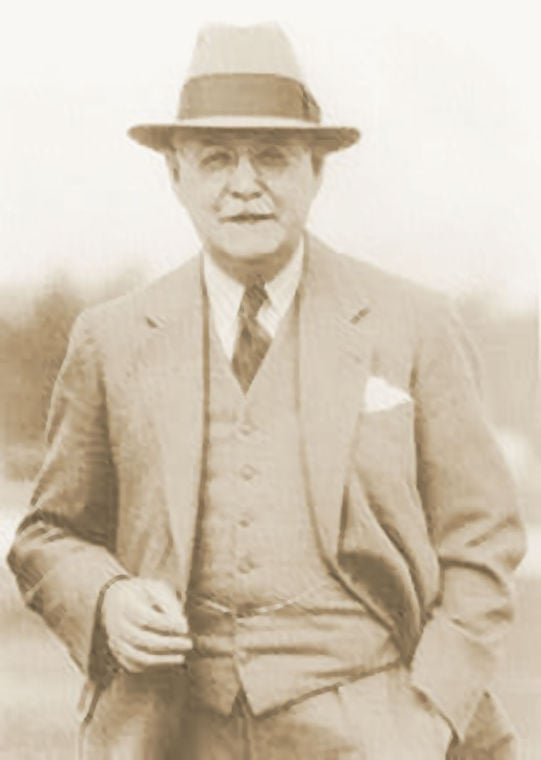 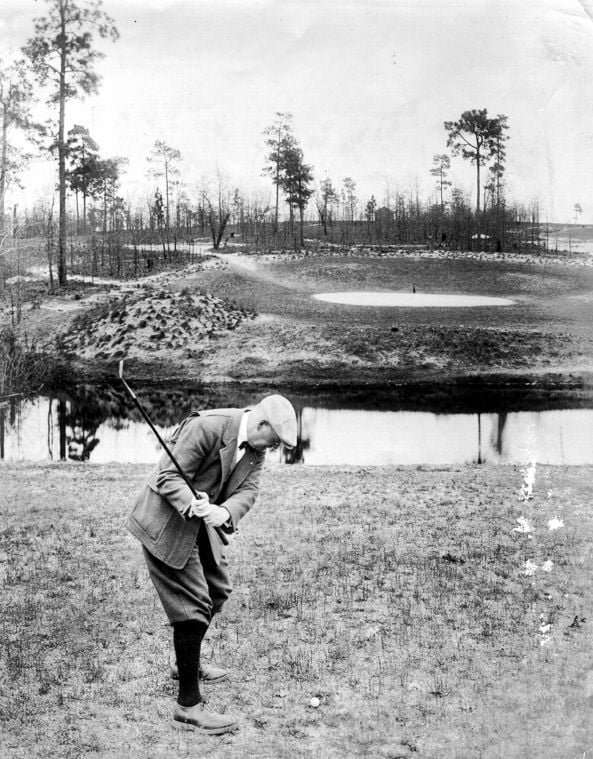 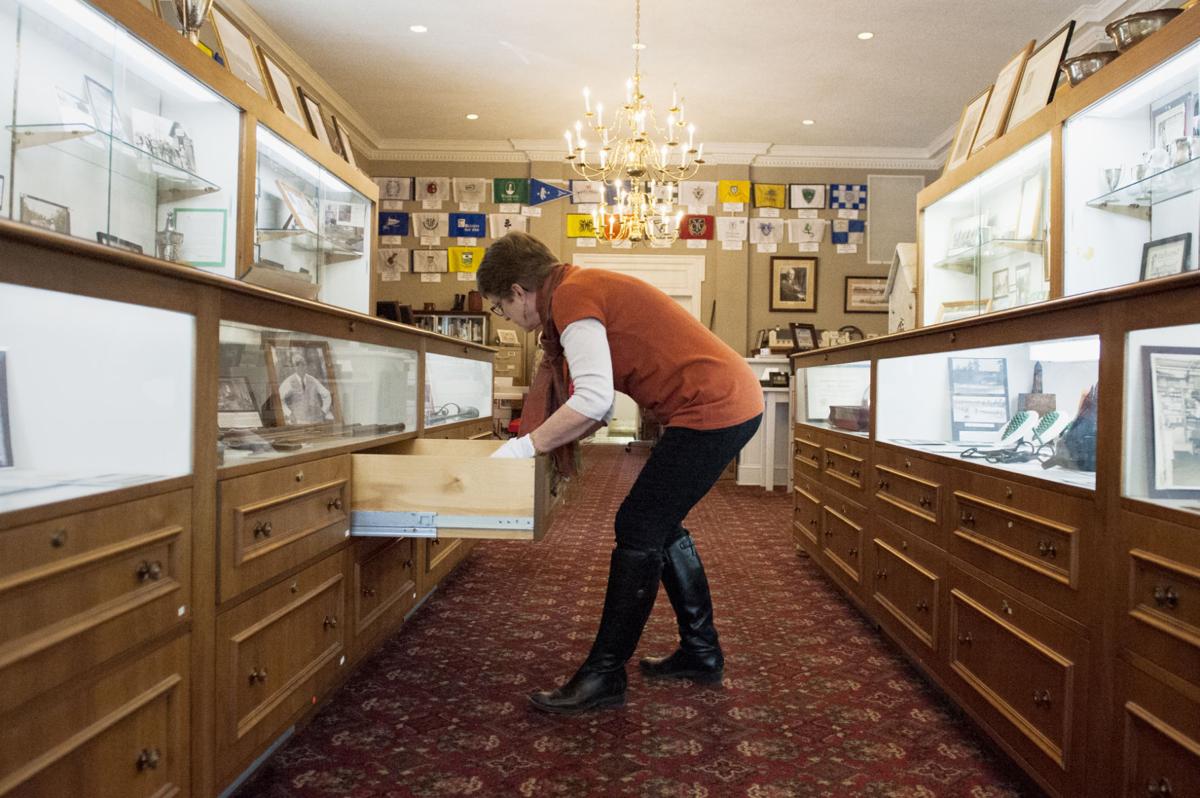 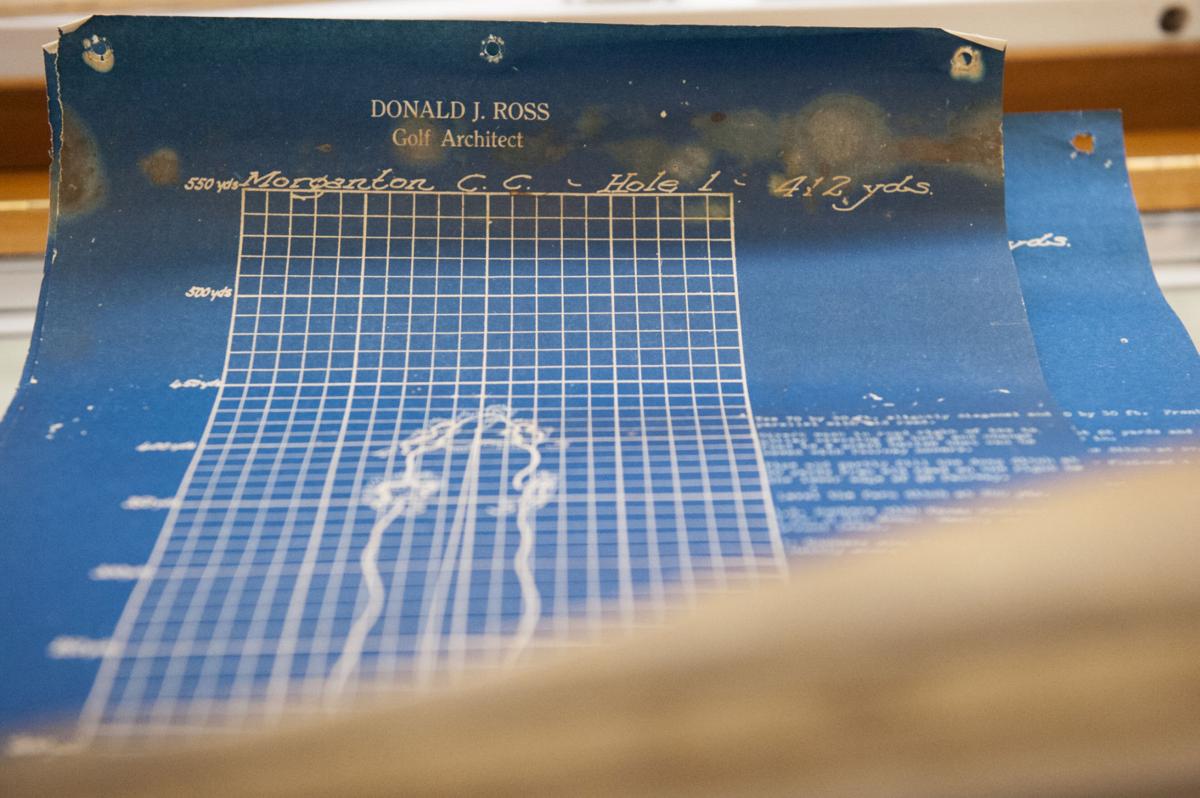 (SARA CORCE/The Pilot) Plans, drawn by golf architect Donald Ross, for hole one at the Morganton golf course are seen at the Given Memorial Library and Tufts Archives on Friday, February 20, 2015 in Pinehurst, North Carolina.

(SARA CORCE/The Pilot) Executive Director Audrey Moriarty discusses the history of Donald Ross while looking at drawing plans for Morganton golf course, by the golf architect, at the Given Memorial Library and Tufts Archives on Friday, February 20, 2015 in Pinehurst, North Carolina.

(SARA CORCE/The Pilot) Plans, drawn by golf architect Donald Ross, for hole one at the Morganton golf course are seen at the Given Memorial Library and Tufts Archives on Friday, February 20, 2015 in Pinehurst, North Carolina.

Cob Carlson does not consider himself an expert on Donald Ross, so he assembled those who are to make the first full-length documentary about golf’s most prolific architect.

“I let them tell the story,” Carlson said last week. “The film is kind of a love letter to Ross. I have a personal connection to this because I am a member at one of his courses and have played many others. It just became my passion to give Ross his due.

“I thought it would be a great way to pay tribute to a guy who has meant so much to the game.”

At the heart of the two-hour film — “Donald Ross: Discovering the Legend” — is Carlson’s belief that Ross’ lasting and unique contribution to golf should be more widely recognized and appreciated.

“I think it’s a timeless story,” Carlson said. “There have been great books written on Ross, but I thought it was time to get a film out on this great man.”

Jim Dodson, a New York Times best-selling author who is Sunday essayist for The Pilot and editor of PineStraw Magazine, is one of several local golf experts interviewed in the documentary.

“The movie deserves a wider audience because it’s ground-breaking,” Dodson said. “Cob does a great job of setting the context of how golf got hold of average Americans during the first Golden Age from 1910 to 1930. Ross built courses for the common man because he was a common man from Dornoch, Scotland. He popularized the game and brought the ordinary man to it.

“He had a strong and passionate belief in the value of public golf.”

“Ross was certainly the guy who was the most imitated and admired,” Dodson said. “Cob’s film is a one-man love affair with the patron saint of American golf. That’s why I was glad to be part of it.”

“Cob was very diligent,” Moriarty said. “He talked to a lot of people who are important to the Ross story.”

There are extensive interviews with Tom Doak, Ben Crenshaw, Rees Jones and Jack Nicklaus, among other golf experts. Clips from archival films, still photos, and architectural plans and drawings are also featured in the film.

Carlson, who has worked as a documentary editor and producer in Boston for more than two decades, said he conceptualized the idea during the 2005 U.S. Open at Pinehurst No. 2, which is widely considered Ross’ crown jewel.

“I couldn’t get funded back then,” Carlson said. “The major networks were not interested, so it went on the back burner.”

Carlson rejuvenated the project in 2013 and had hoped to complete it prior to the historic back-to-back U.S. Open and U.S. Women’s Open at No. 2 last June.

“I ended up breaking the cardinal rule of documentary filmmaking, which is don’t spend your own money,” he said. “I was only able to raise $32,000, but made a $250,000 film for that much money. Many of my friends in the industry gave me a break by charging rock-bottom prices. Basically, I just used my wits to get it made.”

The film went on sale late last year. It is divided into three parts — Ross the man, the courses he designed and his legacy, and No. 2 — and includes an introduction and epilogue.

“The only frustrating part was the compromises I had to make because of the limited budget,” Carlson said. “I had to use a lot of photographs of courses rather than going to shoot them live. I dug up whatever I could find. I had hoped to do more travel and actual filming.”

“It’s a very ambitious undertaking,” said Klein, who consulted with Carlson throughout the film’s production and is credited as an executive producer. “I think Cob did a really impressive job of piecing together the history, evolution and character of Ross courses in the United States. Anyone who plays a Ross course will learn a lot about that course from the film. They will also learn a lot about Ross himself.”

Klein added that Carlson “got the cooperation of the family, which is really tough.”

“That gave the film a more personal perspective,” Klein said.

Alex Shapiro, who is Ross’ great-grandson, said the family is “extremely protective” of the Ross name.

“There have been some crazy, crazy ideas over the years,” Shapiro said. “There was a person in the 1970s who approached the family about selling cigarettes under the Ross name. We’ve had to be very careful to only work with people who are going to do right by the Ross name. It’s a legacy that we take very, very seriously.”

Shapiro said the family was “very happy” with the film.

“I think Cob did a great job,” he said. “I was so proud when I saw it. I had been planning on skipping to different parts, but I just got into it. After it was over, I thought, ‘Wow, what a wonderful surprise.’ It’s a very cool documentary.”

Shapiro said the family provided Carlson access to a “huge cache” of pictures.

“Most of them are in the film,” Shapiro said. “We have a picture that’s in the documentary of Donald Ross coming in from digging ditches on Pinehurst No. 2 and looking like a coal miner. For many reasons, No. 2 is intricately tied to Ross and carries such a humongous mark. It’s a really special place with a lot of mystique to it.”

The film is available on DVD at donalrdrossfilm.com, or locally at the Tufts Archives and Old Sport Gallery & Bookshop in Pinehurst.

Carlson said he is thrilled with the initial reaction to the film.

“I’m shaking my head a little bit because I know, without blowing my own horn, that the feedback I’ve gotten from folks is extremely positive,” he said. “Everyone says they learned things about Ross that they never knew. I hope I’ve shined a new light on his legacy.”