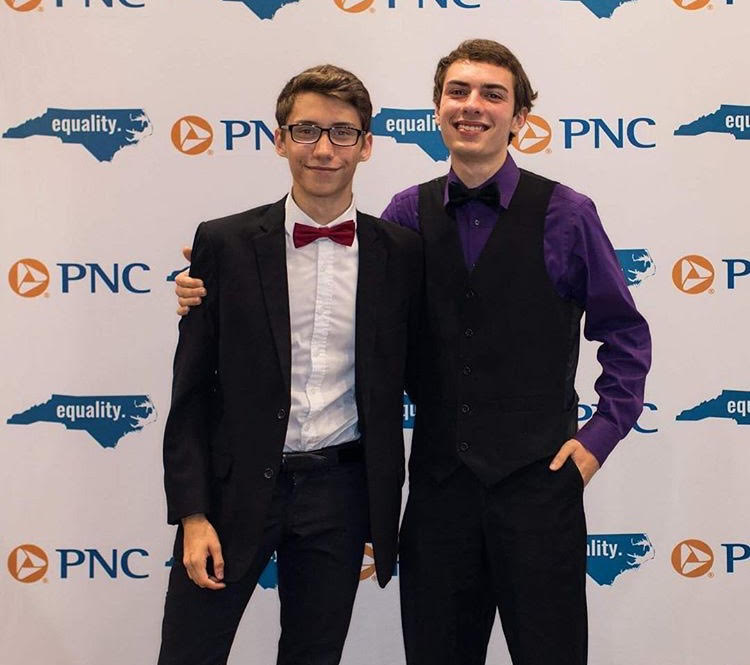 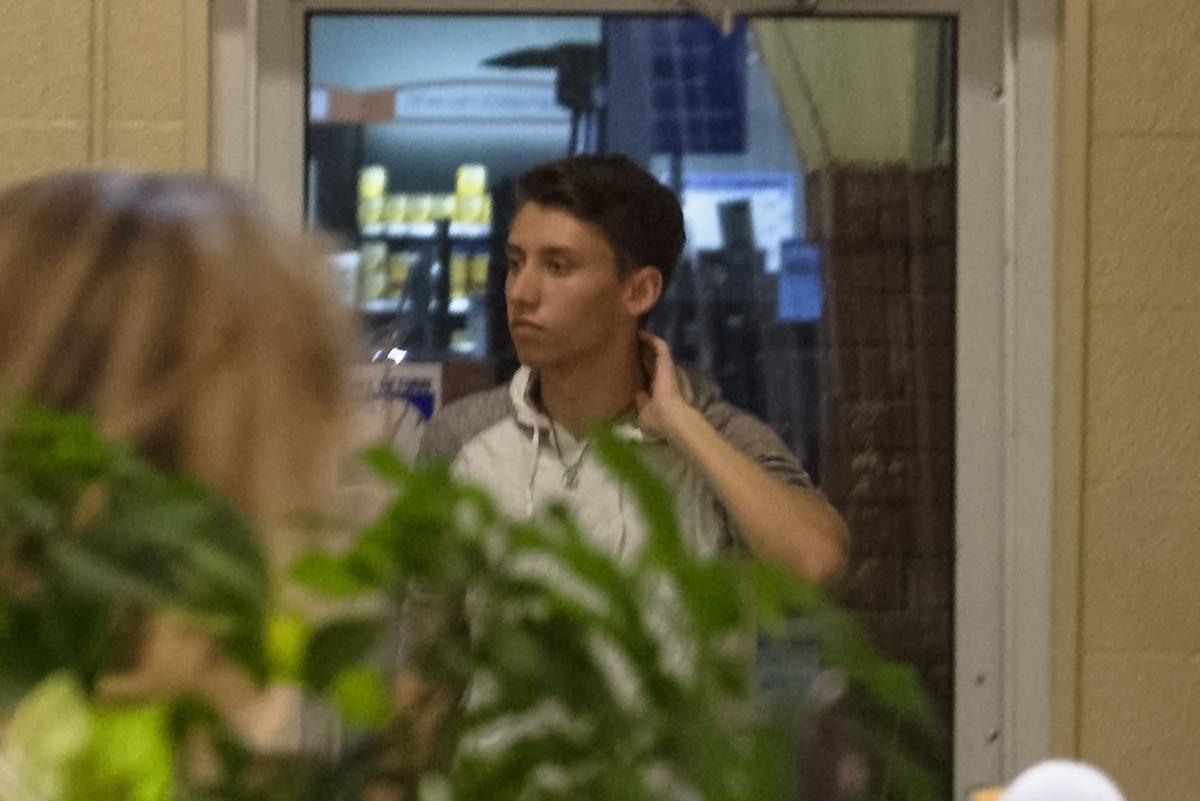 Brandon Caddell stands at the entrance of Carolina DanceWorks on April 4. (Photo by Jaymie Baxley/The Pilot)

Brandon Caddell was learning how to waltz on a recent Tuesday at Carolina DanceWorks in downtown Southern Pines. He didn’t know how to dance, which was a problem if the teenager planned to take his boyfriend Noah Ambrose to prom at Pinecrest High School.

Hidden from sight in a separate ballroom, a film crew huddled around a tiny monitor to watch Caddell. The crew had been shadowing him for days collecting footage for a prom-themed reality show that will air next month on MTV.

Caddell and Ambrose are set to appear in an upcoming episode of “Promposal.” They will be the first gay couple featured on the series, which debuted Sunday after the season premiere of MTV’s long-running “My Super Sweet 16.”

“We were contacted by somebody from casting and then we did the whole audition process,” Ambrose said. “Then when were contacted by MTV, they said they’d love to have us and that we would be the only LGBT-identifying couple in this season.”

The episode follows the two Pinecrest High students as they prepare for prom. Ambrose is president of the Spectrum Club, the school’s Gay-Straight Alliance chapter, while Caddell serves as the group’s vice president.

When they’re not advocating for fellow LGBT students, Ambrose and Caddell volunteer with organizations like Equality N.C., Sandhills Pride and the NAACP. They hope the show will draw national attention to their activism.

“We’re really privileged to be able to have the kind of platform that we do and the kind of support that we do around here,” Ambrose said. “We want to show LGBT kids watching the show that it does get better and there’s hope for them.”

The episode will touch on “what it is like to grow up gay in small town North Carolina,” according to a news release.

“Too many LGBT teenagers have to live their lives in the closet and aren’t able to ask the person they care about to prom,” Caddell said. “This was a great opportunity for us to show everyone it is possible to be out and happy in a small community.”

The couple’s faith is also expected to come up during the half-hour show. Caddell and Ambrose are both active members of Emmanuel Episcopal Church in Southern Pines.

While filming “Promposal,” Ambrose says he was struck by the “positivity of everybody helping us to convey our message.”

“It’s definitely something that I’m going to remember for the rest of my life,” he said.