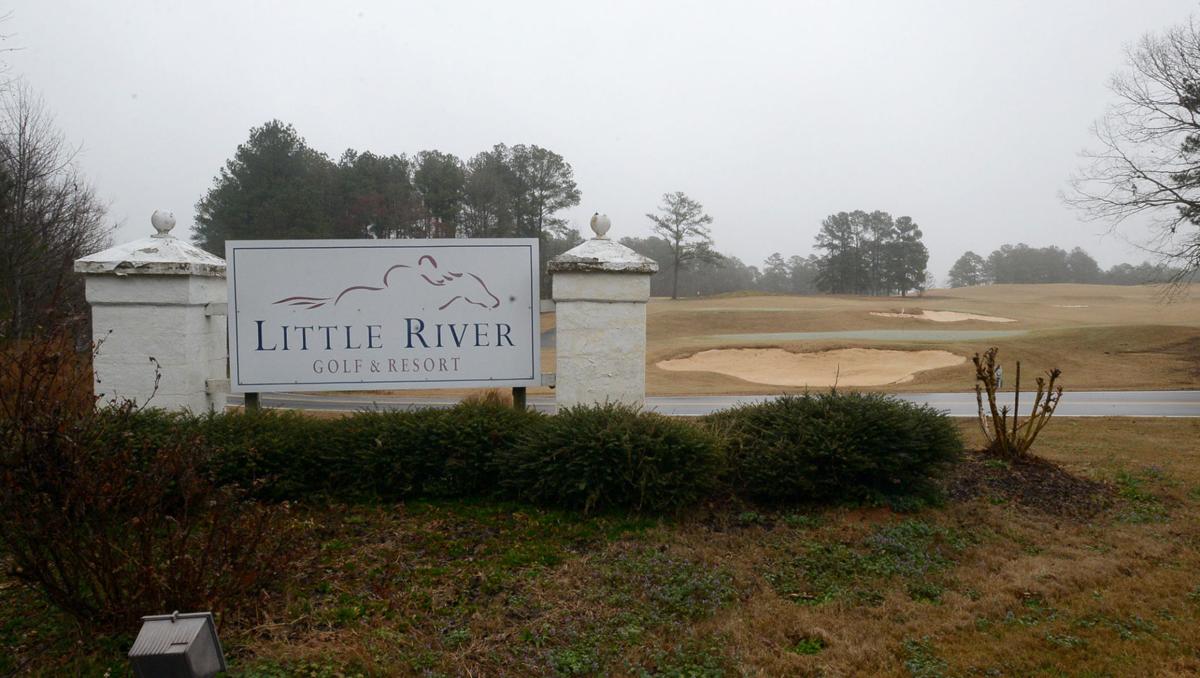 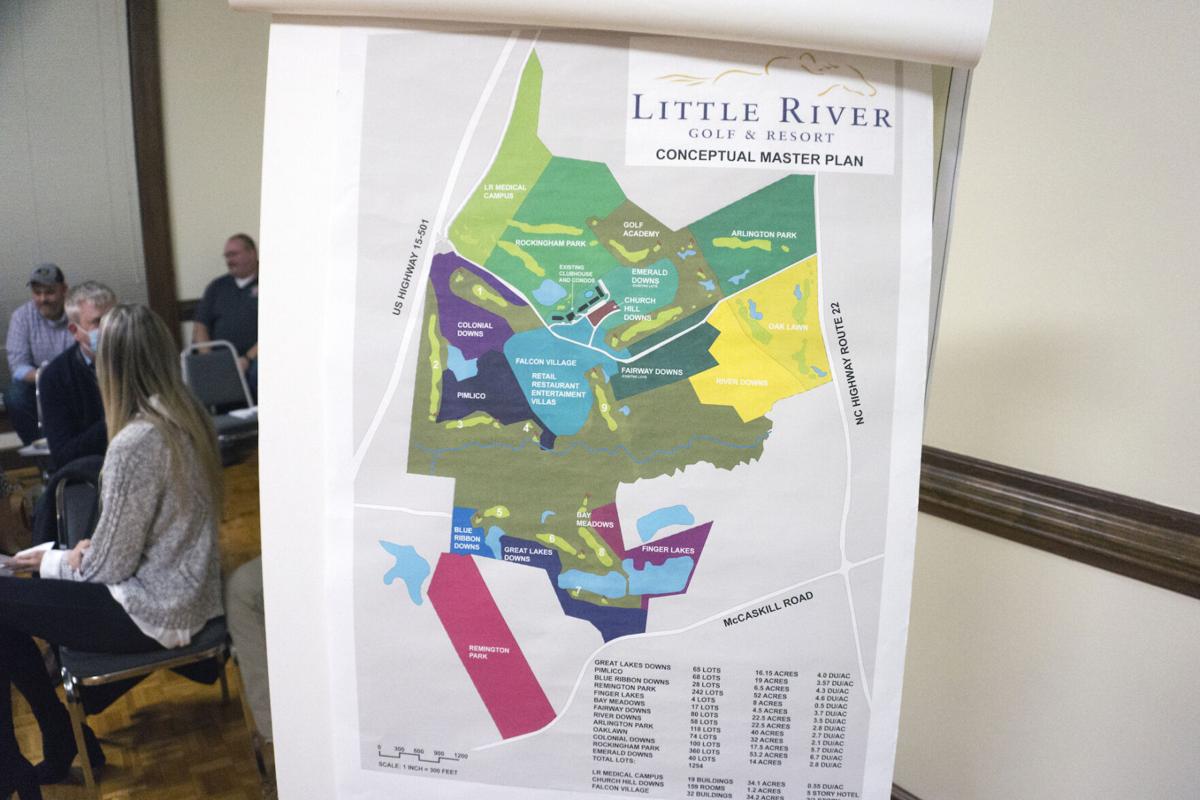 The "conceptual master plan" for Little River on display during a meeting of the Carthage Board of Commissioners on Feb. 15, 2021.

Apex businessman Blaine East and his associates have purchased Little River Resort in Carthage for $13.9 million, clearing the way for new development on the 585-acre property.

East has been involved in several commercial projects in Moore County over the years, including the Southern Pines shopping center anchored by Kohl’s on Brucewood Road. His company also had been involved about seven years ago in a proposal to create an upscale mixed-use development in Pinehurst, but that project never materialized.

Tom Robinson, manager of Carthage, said the town is waiting to meet with East and his partners to “talk about their next steps.”

“It remains to be seen what will transpire out there,” Robinson said. “They’ve got some things they want to do that are not included in the existing plan for the development. If they want to make modifications to the original plan, they’ve got to come back in and re-submit that to the board of commissioners.”

The most dramatic addition is a proposed $300 million medical complex that would employ more than 3,300 people. During last month’s meeting of the Carthage Board of Commissioners, East said the complex would be associated with Dr. Charles Richardson, the co-founder of a company that makes medical devices.

“There will be a lot of people coming into this campus,” East said at the time, adding that the facility would create a “huge tax base for our community.”

Robinson said the commissioners have yet to authorize the construction of a medical facility at the site.

“The board was generally in favor of the concept, but they’ll still have to submit that to the board and have a public hearing before it can be signed off on,” he said. “I know (East) has talked quite a bit about concepts and things he wants to do, but until we see things happen it’s just conversation.”

Click the image below to view the deed of trust for Little River: 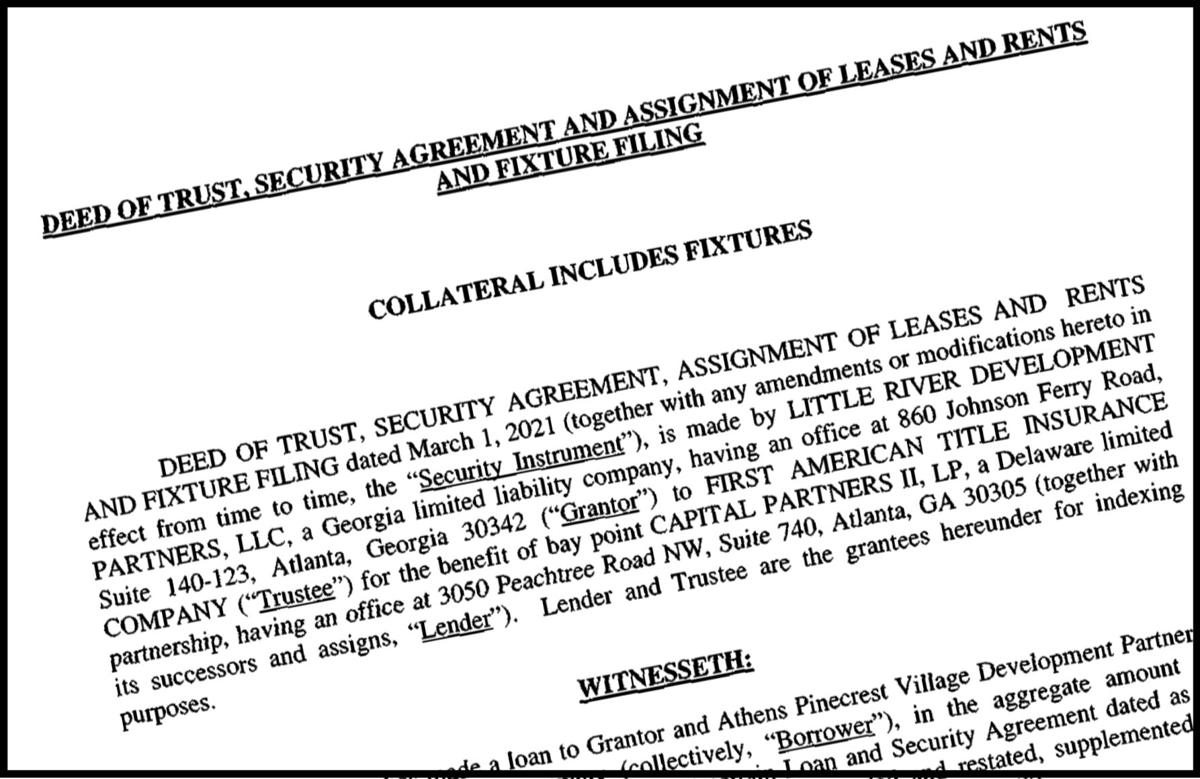 Founded in 1917, Little River Resort was once home to an equestrian training facility with polo grounds and a harness racing track. Carthage later bought the land and hired renowned golf course architect Dan Maples, who was born near the resort’s namesake river, to design the 18-hole course that became the property’s centerpiece.

A private developer bought the resort from the town and built several condominiums along the fairways. The developer sold the resort in 2006 to Little River Partners, a company that East was involved in.

Little River Partners sold the resort the following year to Oceanico Group, a company whose portfolio consisted mainly of golf courses in Portugal at the time.

Records from the Moore County Register of Deeds show that the National Asset Management Agency of Ireland assumed ownership of the property after taking over loans that Anglo Irish Bank had made to Oceanico Group, which floundered amid the global recession. ECapital Loan Fund, a private equity firm based in Fort Worth, Texas, bought the resort for $6.5 million during a public auction in April 2019 at the Moore County Courthouse.

The deal included the golf course, which has been closed since a malfunctioning pump station caused an estimated $1 million in damage to the greens in 2018. Developer David Chapman was reportedly in talks to buy Little River from ECapital Loan Fund in early 2020, but the purchase never moved forward.

Same as it ever was. How many big talkers have come and gone as owners of Little River?

I would think that if Pinehurst Resort could garner a $1,000,000 tax abatement from the County for their $16,000,000 hotel that will employ 35 people this entity should receive a concession significantly greater than that.

Hopefully included will be factories making things, the engines of a strong economy. Industry needs cheap energy including natural gas. Is natural gas available there?