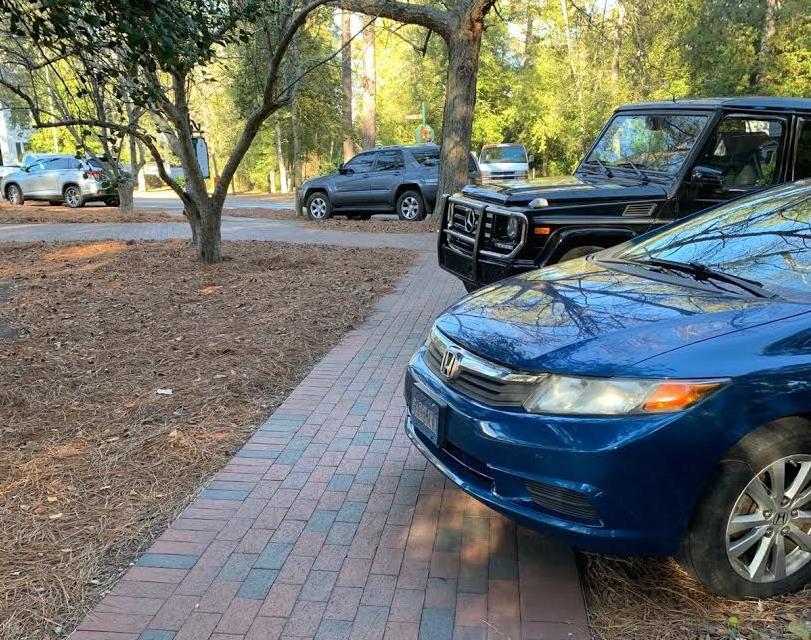 Cars often park on the sidewalks. 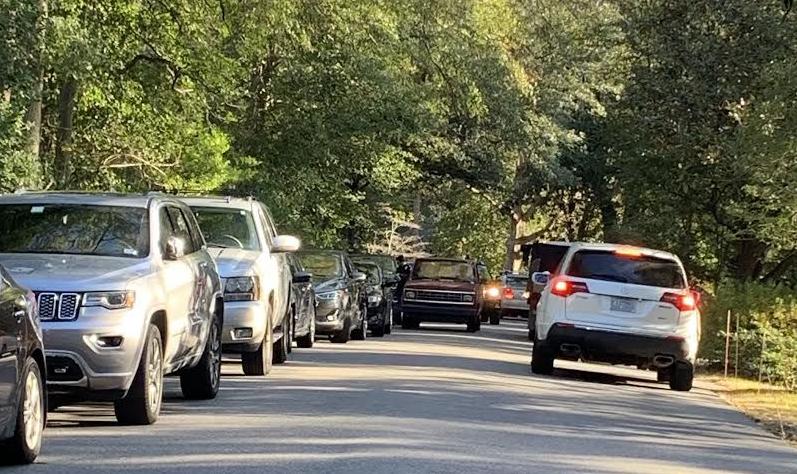 Cars parked along Ritter Road in Pinehurst on a day earlier this month barely leave enough room for two lanes of traffic to navigate.

Cars often park on the sidewalks.

Cars parked along Ritter Road in Pinehurst on a day earlier this month barely leave enough room for two lanes of traffic to navigate.

The Pinehurst Village Council on Tuesday discussed ways to improve access to convenient downtown parking, a problem that has persisted in the village for years.

Jeff Batton, assistant manager of operations for the village, presented the council with potential solutions to what he described in a memo as “the age-old question of how to increase downtown parking availability without necessarily increasing parking quantity.” At the same time, he suggested that complaints about the scarcity of parking spaces in downtown Pinehurst have been exaggerated.

“People will park where they want to park and if they can't find a space right in front of the front door of a business, they may very well drive around the block a few times, get fed up and say 'I'll come back tomorrow,'" Batton told the council. “But to say that we have no parking downtown is just not accurate. We have parking downtown, always. There is always parking downtown."

Village officials have long wrestled with this issue and proposed all manner of ideas. Two years ago the village even put $200,000 in its budget to acquire more land for parking, but that was not pursued.

The village also over the years has debated — but come to no conclusion — using police powers to enforce parking, either with ticketing or other methods meant to deter long term parking.

The issue, Batton said, boils down to how far people are willing to walk from their cars — and how long their cars should be allowed to occupy the sought-after parking spaces that face downtown businesses. Additionally, others have complained for years that prime parking spots in front of businesses are being taken by those businesses’ owners and employees, occupying spots for hours instead of reserving them for customers.

Batton said the village could stimulate the “turnover” of desirable spaces by implementing paid parking or by imposing two-hour parking limits on certain streets, options that were mostly dismissed by the council. He was instead advised to pursue a “softer approach,” expanding on the temporary signs that currently designate several downtown parking spaces as being only for customers of local businesses.

Batton said his staff would begin “looking at a way to spread out more permanent retail parking signage,” albeit with the understanding that “some people will honor those (signs) and some won’t.”

In his memo to the commissioners, he noted that a parking deck is included in the village’s five-year plan for needed projects. “The impact of that deck on parking availability,” Batton wrote, “is unknown and may resolve concerns.”

It amazes me that when I walk downtown early am in prime season the spots are taken before hardly any Business is open. I wonder if people in the short term rentals who have limited spaces are using them? Something to check.