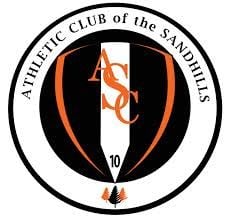 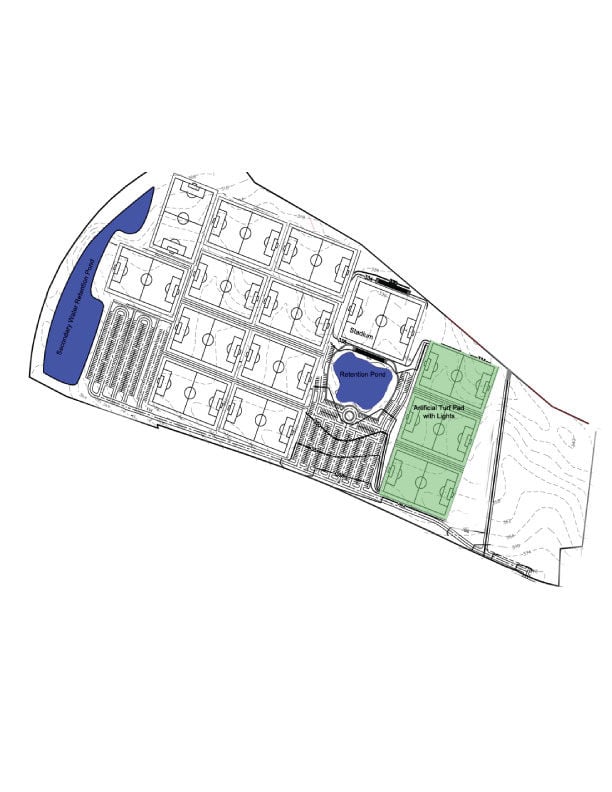 The Athletic Club of the Sandhills announced Friday that it plans to build a 14-field multi-sport athletic complex at the corner of U.S. 1 and N.C. 24/27 in Cameron.

The $8 million project would be constructed in phases under a lease-to-purchase agreement with landowner Frank Maser.

"The agreement will have performance benchmarks that satisfy and protect all parties — AC Sandhills, Mr. Maser and Cameron," AC Sandhills Executive Director Todd Abbey said. "The last thing we want to do is sit on this project for five years. Our goal is to start clearing the land this fall or winter."

Maser said he agreed to a lease-to-purchase to save AC Sandhills "money on the front end."

"I've never put the land on the market," he said. "I want to try to help them get the park started. I'm just trying to facilitate a good, safe place for kids to play. Anything that is good for kids is good for the community. I think it's a positive thing."

The announcement comes on the heels of a feasibility study conducted by the town of Aberdeen and the local Convention & Visitors Bureau (CVB) that found a similar complex on U.S. 15-501 south of Aberdeen would cost $15.9 million to build.

Caleb Miles, president and CEO of the CVB and a proponent of the Aberdeen project, said he did not know enough about the proposed AC Sandhills complex to determine if both are sustainable.

"There are some needs and opportunities in our community for sports tourism," Miles said Friday. "But we have to get the correct equation put in place so it can all be sustainable. Maybe there's a way we can work on this together."

AC Sandhills is also partnering with John O'Malley, owner of the former Gulistan carpet plant in Aberdeen, to turn a portion of that 650,000-square-foot building into an indoor sports and entertainment complex. There is also room at the 69-acre site on N.C. 5 for five new outdoor soccer fields.

"Our motives are not money," Abbey said. "Revenue will be used to maintain the facilities, grow the club and put back into our programming. And we're not leaving our current fields. This is where our roots are. Going north allows us to generate more interest in the club in Cameron, Carthage, Robbins, Woodlake, Vass and western Harnett County.

"There's a lot of potential. It makes sense for us."

The demand for more fields is being driven in large part by the changing demographics in Moore County. In 2010, there were 16,541 residents under the age of 18, compared to an estimated 19,508 last year, according to the U.S. Census Bureau.

AC Sandhills has grown from 1,500 members in June 2010 to almost 3,000 today. In addition to soccer, it offers lacrosse, volleyball and youth triathlon programs.

"We've been working on this project for three years," Abbey said. "Owning our own park is a huge benefit. It's always been one of my goals here."

The local boom in soccer played a role in the recent decision by three former AC Sandhills Board members and another individual to launch the Sandhills Area Soccer Club, an alternative for youth who only want to play on travel teams. Tryouts for those teams start Monday.

"The complex will allow us to implement new programming, host tournaments, and conduct clinics and camps," Abbey said. "We also want to make sure this is a community park. We want other organizations to be able to use it."

Abbey said a percentage of net revenue from events and tournaments would be donated to local nonprofits that support cancer care through a new program called Fields 4 Life.

"This is not for cancer research," he said. "This is to provide financial assistance to families exposed to the hardships of cancer."

Abbey added that the complex would be set apart from others in North Carolina by technology.

"We hope to have kiosks at every field, for example," he said. "We have other ideas, but can't divulge them at this time due to confidentiality agreements with our potential partners."

AC Sandhills also has a high-profile soccer celebrity to help with marketing. It has secured the services of Clint Dempsey, who captained the U.S. National Team at last year's World Cup and is a member of the Seattle Sounders professional team. Dempsey will make appearances, do promotional ads and help with the capital campaign.

"Clint Dempsey brings validity to corporate sponsors," Abbey said. "His reputation within soccer and around the world is tremendous. He is someone we can lean on. We're very excited that he's on board."

Dempsey is married to Bethany Keegan, a Union Pines High School graduate. The couple, who met at Furman University, have a house at Beacon Ridge.

"He knows this area, and he likes this area," Abbey said. "There will be a Dempsey Field at the complex in perpetuity."

"Charlie brings a wealth of experience and vision," Abbey said. "He has helped us with direction, feasibility and build-out plans. We trust his capability to help AC Sandhills realize its goals in Cameron."

"It was a shot in the dark, but it was important to get Clint," Slagle said. "He is the top name in U.S. soccer. I don't think he would have been interested had it been anywhere else in North Carolina. I also don't think he would be involved if he didn't think it was very viable."

Slagle said the capital campaign will focus on "securing naming rights in perpetuity."

"We're going to initially be looking for sponsors for the complex and each field," he said. "Dempsey Field will be in the stadium. We'll seek individual donors later, unless someone wants a field named after them."

Slagle said the park's proximity to Charlotte, the Triad and the Triangle is critical, not to mention leveraging the Pinehurst name.

"You don't have to say where it is because Pinehurst is a well-known brand," he said. "I think something like this is needed in the center of the state. I'm excited about it."

I wish Moore county would consider building an indoor
Game Works type facility. We had one back home and it
was wonderful. Indoor putt putt golf, skee ball, bumper cars etc. It had a restaurant/bar too. Pinehurst leaves a lot to be desired especially during the winter months.
Also, not every kid plays sports!

A Sports complex in Cameron, Aberdeen and Pinehurst
are not sustainable. How about a Baseball Stadium and bring in Minor League baseball team. I bet that would be supported and create a revenue generator for the local areas.

How does Pinehurst fit into the picture? This site is what 30 miles from Pinehurst?

There is actually more to Moore County, than Pinehurst.

Needle In A Haystack