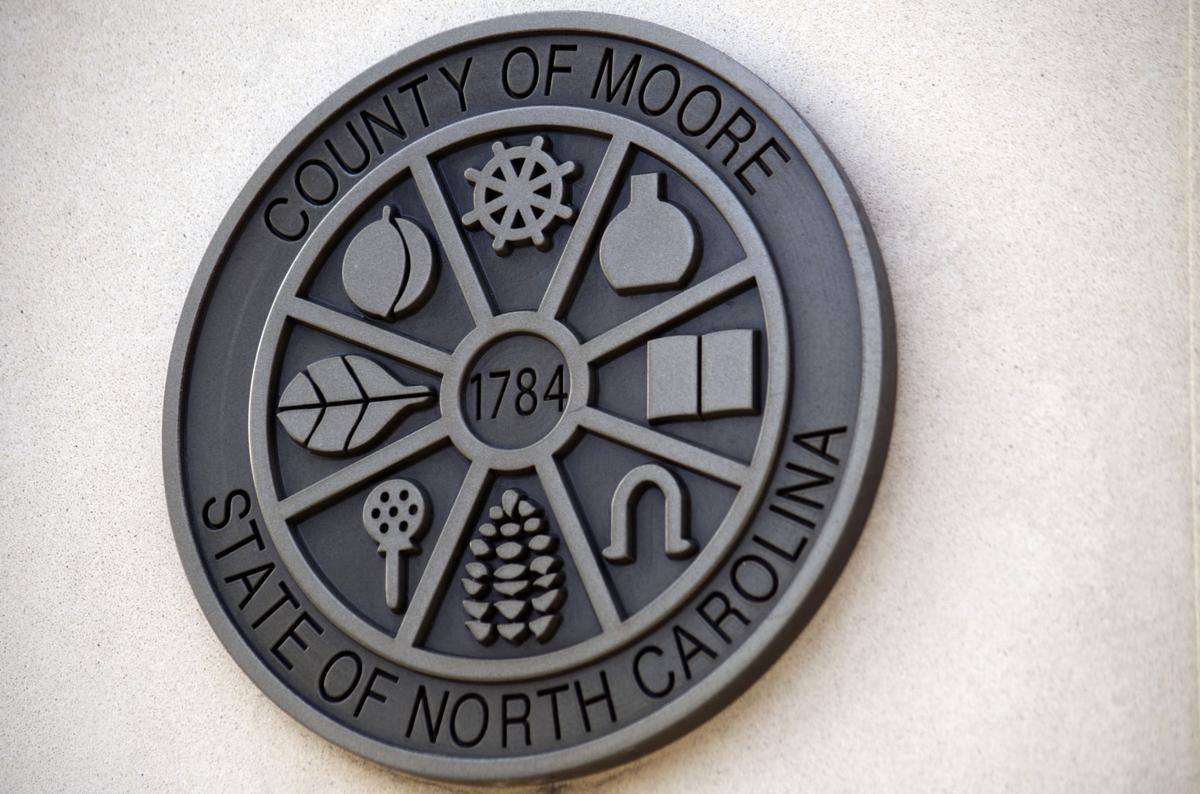 America’s founding virtues are not something that belong only in ideological discussions, textbooks or courtrooms. A new grassroots movement that has taken root in North Carolina aspires to place permanent replicas of the Declaration of Independence, United States Constitution and Bill of Rights on publicly owned land.

Collectively known as the “Charters of Freedom,” these documents honor and provide guidance of our nation’s governing principles.

On Tuesday, the Moore County Board of Commissioners heard a presentation from David Streater of Foundation Forward. The educational nonprofit, founded by Vance and Mary Jo Patterson of Burke County, aims to install permanent displays of the Charters of Freedom in all 100 North Carolina counties and, eventually, in all 3,142 jurisdictions across the country.

Each project is entirely funded through private donations. No tax dollars are used.

“I don’t think we want to waste any time on getting on with this. The question is where to put it, but I think we have plenty of (appropriate) places,” Quis said.

Pauline Bruno, president of Moore Republican Women, said she was initially introduced to the Foundation Forward mission during a state convention in Asheville. More recently she attended a Charters of Freedom dedication ceremony in Rockingham County.

Streater said they call the displays “settings” rather than monuments because they represent the words that formed our nation.

“We are not just preserving history, we are practicing it,” Streater said, noting the organization would work with local schools to provide free educational materials about the setting. “We encourage experiential learning opportunities for students.”

The original documents are enshrined in the National Archives in Washington, D.C., under glass in a semi-circular display. Similarly, the proposed project would install replicas on bronze tablets under glass on solid concrete bases. The exterior surfaces can be clad in a material appropriate to the surrounding structures, whether that is granite, red brick, or limestone.

Typically each setting also includes permanent pavers for citizens to honor family members, military or first responders, or business sponsors. In addition, a donors’ plaque would be placed prominently at the Charters of Freedom setting. Large donors are recognized as “stakeholders” and receive a certificate of ownership and recognition at the Charters of Freedom corporate headquarters. A time capsule is also sealed at each project site to be opened on Constitution Day, Sept. 17, 2087, which is the 300th anniversary of the Constitution.

Thomas Adams, president of the Moore County Republican Men’s Club, also expressed his support for the project, calling the Charters of Freedom “our most sacred national documents.”

“These founding principles are still alive today and we cherish them,” said former district attorney, Maureen Krueger. She encouraged county leaders to select a location where the public could easily view, enjoy and “really learn what these documents contain, not just what they’ve read on the internet.”

Also during Tuesday’s meeting, the County Commissioners unanimously approved resolutions calling on the area’s federally-elected officials to protect the First Amendment and Second Amendment “to the fullest extent.”

Chairman Frank Quis said in several recent meetings, they have heard from a number of citizens concerned about protection of the Second Amendment, and also the First Amendment.

During public comment, Ashley Corsino of Pinehurst said her First Amendment rights were recently denied by the village of Pinehurst. Village leaders recently enacted a new policy that limits the amount of time the public may speak and restricts the content of topics.

“At no time have the county commissioners ever restricted anybody from speaking and that is why I’m concerned about Pinehurst...I implore you to keep free speech open, to not restrict speakers, and not put a time limit on this.”

A great idea. These documents were prominently displayed in the lobby of my high school in Decatur, Alabama in the early 70s. We recited the preamble to the Constitution every morning in the 5th grade - and we knew what it meant.

There’s a difference between “free speech” and forcing everyone at a meeting to listen to your unrelated ramblings. Stand outside the courthouse or municipal building and free speech all you want, but enough of the nonsense in public comment periods that your local government has absolutely no control over.

I was unaware public comment periods at municipal meetings were limited as to topic. Why would they be? Isn't the purpose of those comment periods to provide the public an opportunity to inform public officials on matters important to them?

" enough of the nonsense in public comment periods that your local government has absolutely no control over."

I'm reminded of a friend of mine who, while running for District Court judge, was asked if he'd rule that President Obama wasn't born in the U.S. and was thus ineligible to be President. Needless to say this is something far beyond the jurisdiction of the NC District Court.

I think this is an excellent idea...and I also think anyone holding elected office should have to read each of these documents out loud and in public before they're sworn in.

Read them, and understanding them, are not the same thing. In my humble opinion, supporters of Trump can do the former, but haven't a clue as to the latter.

Jim, have you ever given thought of becoming a contestant on Jeopardy ? With your vast knowledge on just about any subject, I would imagine you would do quite well.

I get about 2/3 right when I watch. But that doesn't mean I would beat someone else who was able to buzz-in before me or that I would avoid the occasional wrong answer and lose money. But thanks for the suggestion, I know you meant it warm heartedly.

Actually, I did mean what I commented, I don't particularly agree with many of your opinions, but I do recognize intellectual input, and you for the most part do contribute that.

Actually,the Moore County Board of Commissioner's public comment period is officially limited to 30 minutes with 3 minutes per speaker although I have witnessed the Commissioner's extend that period on one occasion.