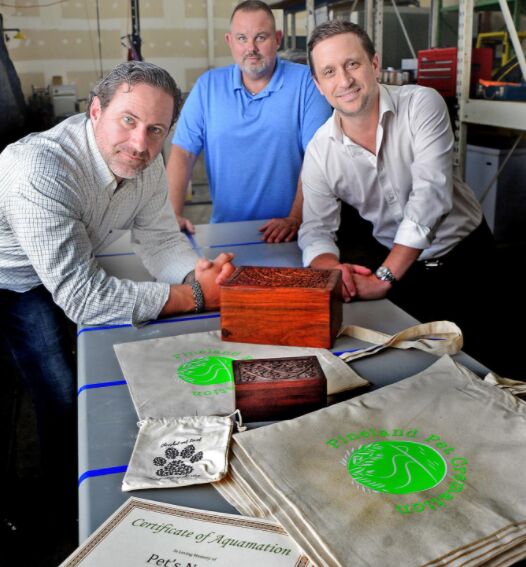 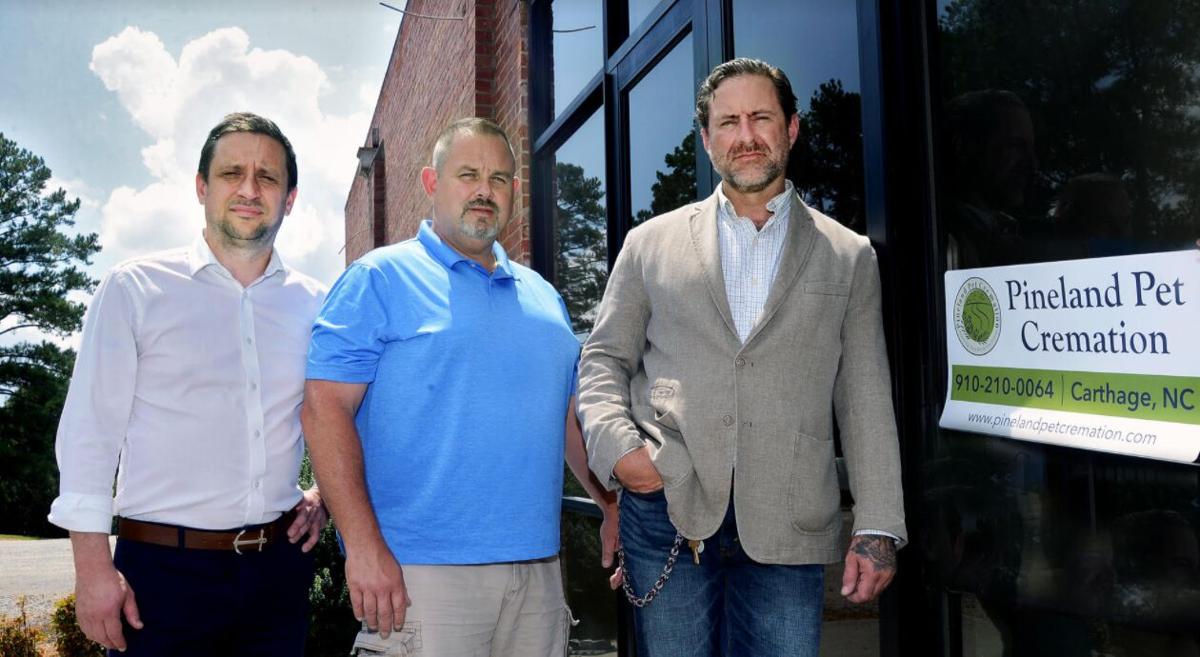 Losing a pet is hard. Dogs and cats, especially, are often considered full-fledged members of a family and included in everything from backyard barbeques to formal portraits.

When Dan Tranel’s 8-year old puggle and bulldog cross, Jasmine, was diagnosed with stomach cancer earlier this year, he and his family opted to put the dog to sleep.

“It was the humane choice. Anyone who has lost a pet understands how difficult it is to make that decision,” Tranel said.

Jasmine’s remains were one of the first to be processed by Pineland Pet Cremation, a new veteran-owned business founded by Mason MacDonald, Troy Puchalski and Tranel.

Based in Carthage, the start-up provides “aquamation” services — colloquially known as water cremation and scientifically as alkaline hydrolysis — as an alternative to pet burial or traditional flame cremation.

“The process mimics natural decomposition, but speeds it up,” MacDonald said. “It is also a completely contained process that is more environmentally friendly and costs less.”

A resident of Southern Pines, he retired after a 20-year career as an Army ranger-qualified pilot. He and his wife, Bethanie, also run Impact Junkie Military, a support network for entrepreneurs, with a focus on former military personnel.

MacDonald said he was inspired to develop Pineland Pet Cremation by a servicemember friend’s wife who operates a similar business; however, he and his partners have a broader long-range plan to also serve the agricultural industry.

“We recognize this is a sensitive subject. All three of us in this business are pet owners,” he said. “But we consider this to be a socially conscious and respectful alternative.”

Alkaline hydrolysis was patented in the U.S. in 1888 but has only been viewed more favorably and risen in popularity over the last decade or so. North Carolina legalized the process for final disposition of human remains in October 2018.

Pineland’s aquamation process involves submerging the deceased pet in a solution of mostly water and 5 percent alkali — basically, lye — made of sodium hydroxide and potassium hydroxide.

“These are the same chemicals used in soap and candle making,” MacDonald said.

Using a specialized machine with individual chambers for each pet, the solution is heated to approximately 200 degrees and circulates around the animal for about 18 hours. The bones that remain are dried, pulverized to ash, then carefully placed in a cloth bag and wooden urn to be returned to the pet owner.

The other byproduct of the process is the effluent water solution that MacDonald said they are storing for now. The liquid, composed of amino acids, peptides, sugars and salts, can be reused — with some additives — as a natural fertilizer product.

“We can control how acidic or alkaline the material is so the fertilizer can be developed crop-specific or soil-specific. It is also organically certified,” Puchalski said.

Pineland has primarily marketed its pet cremation services through word-of-mouth and local veterinary clinics. In the future, the partners hope to expand the business to include a mobile aquamation unit that can respond to disaster clean-up efforts involving livestock.

“Right now we are focused on education. We want people to understand that when their animal passes, this is a dignified and affordable option,” added Puchalski. “But we also are working with this green process with fertilizer that is cleaner and has the potential to create a full circle of life. It just makes significantly more sense.”