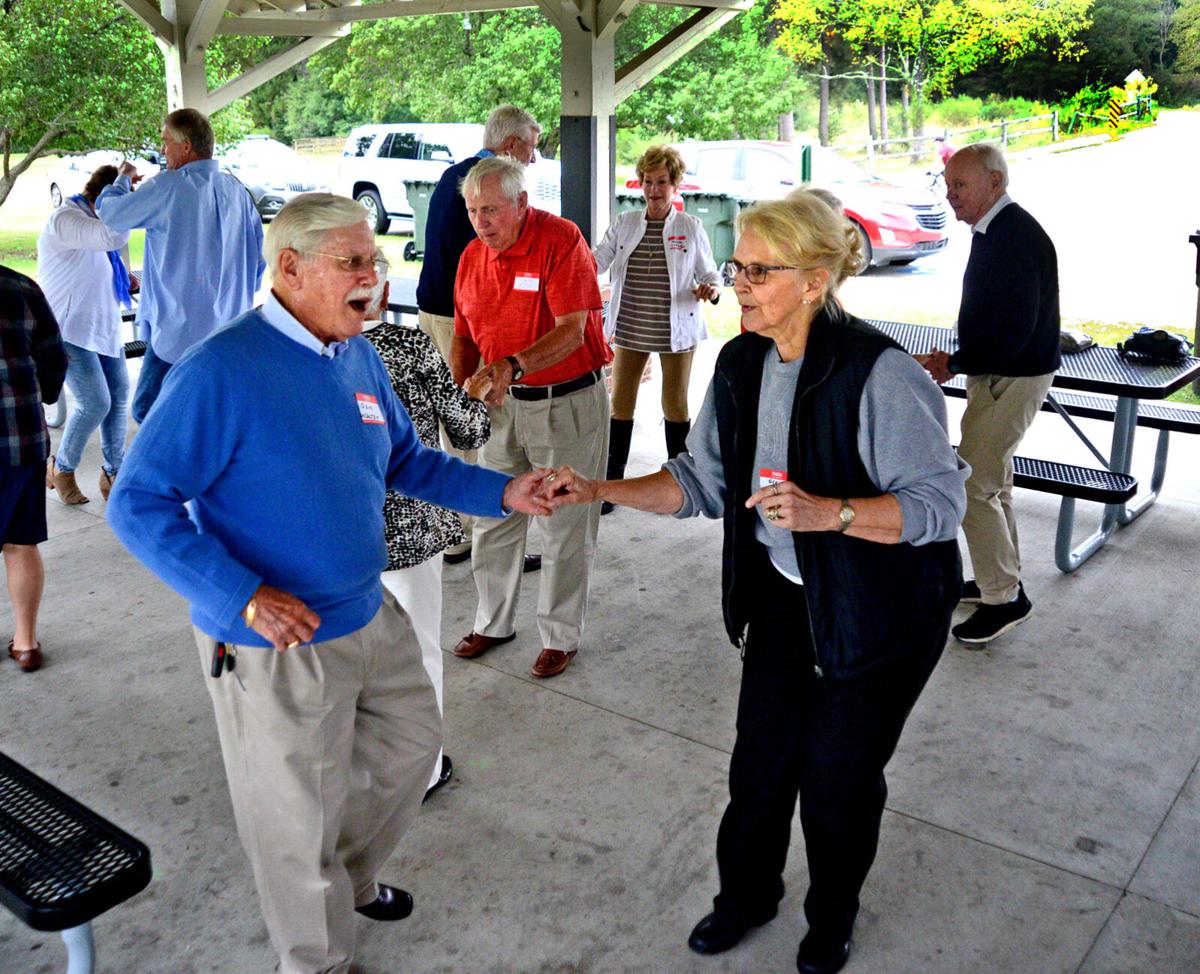 Don and GiGi Walter get into the groove. 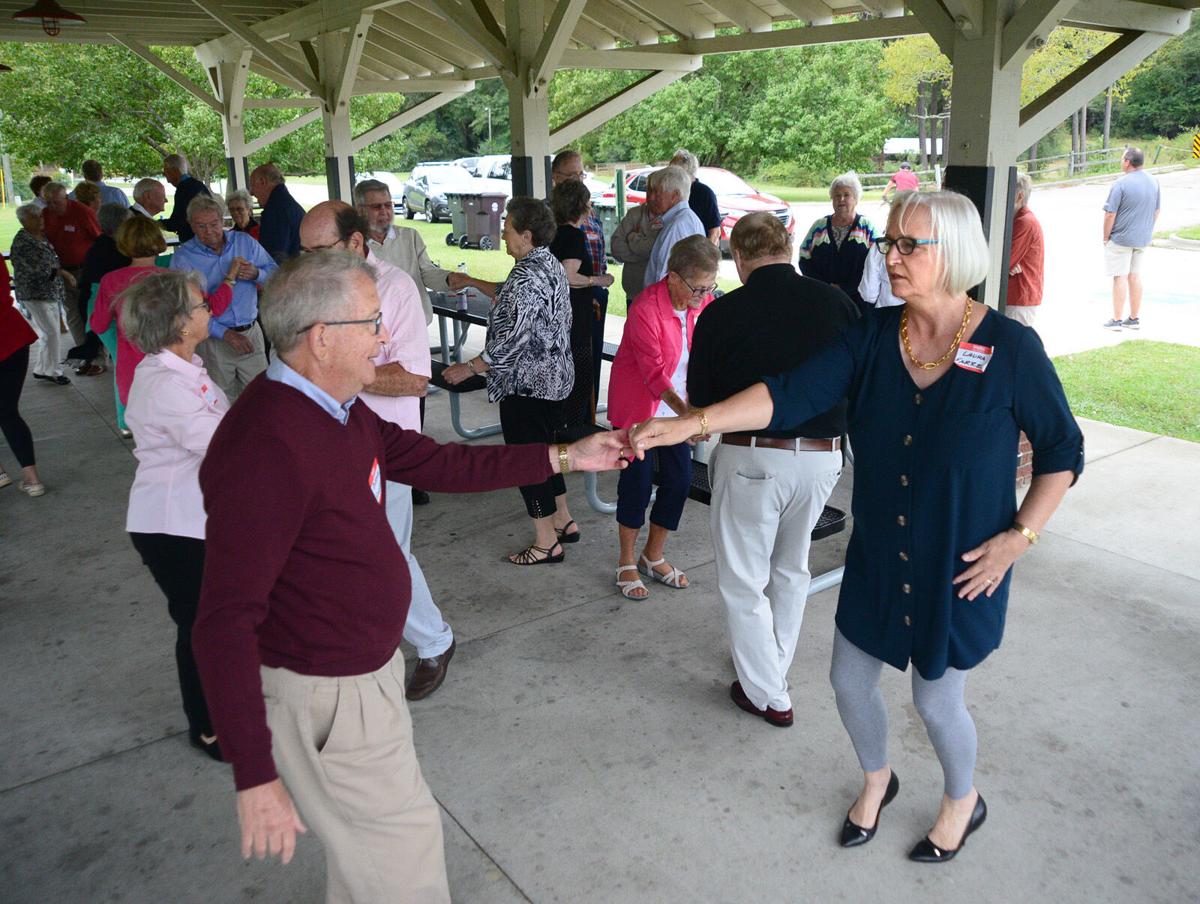 Laura and Robbie Farrell share the dance floor with other shag dancers. 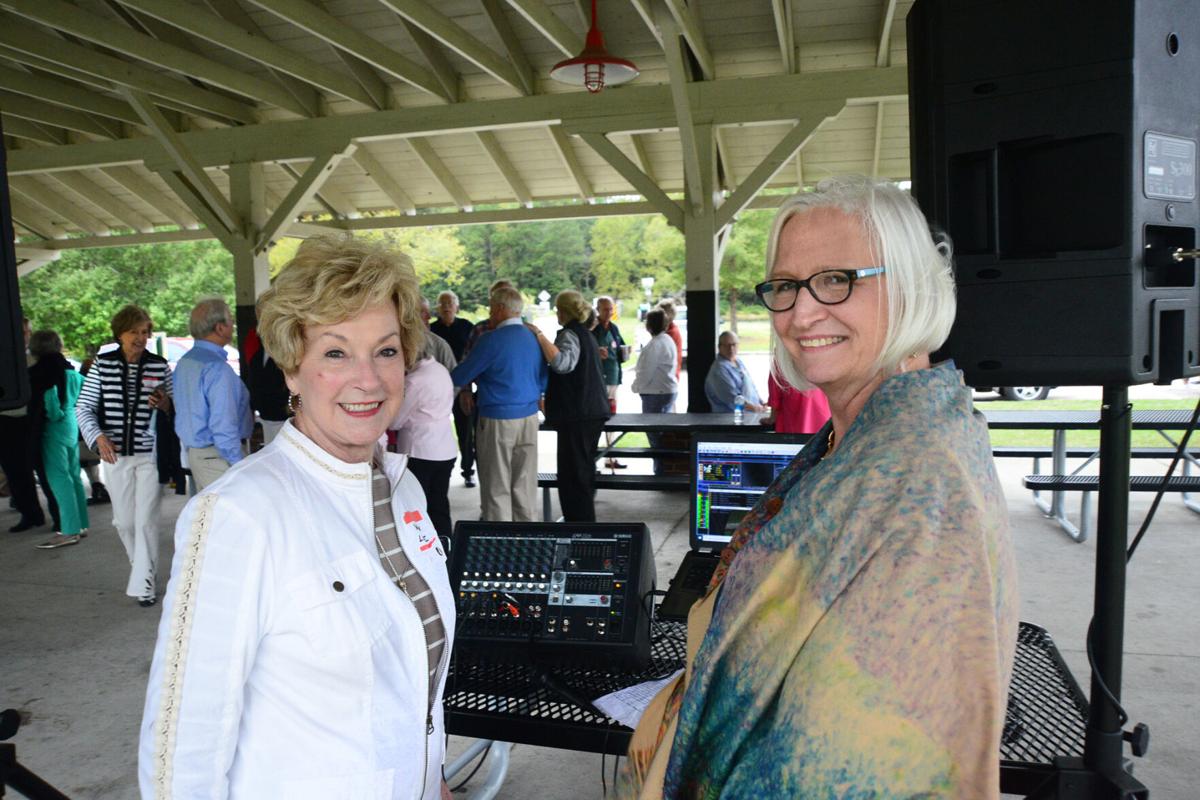 Wanda Little and Laura Farrell at the Aberdeen Shag get together. The two helped DJ the dance. 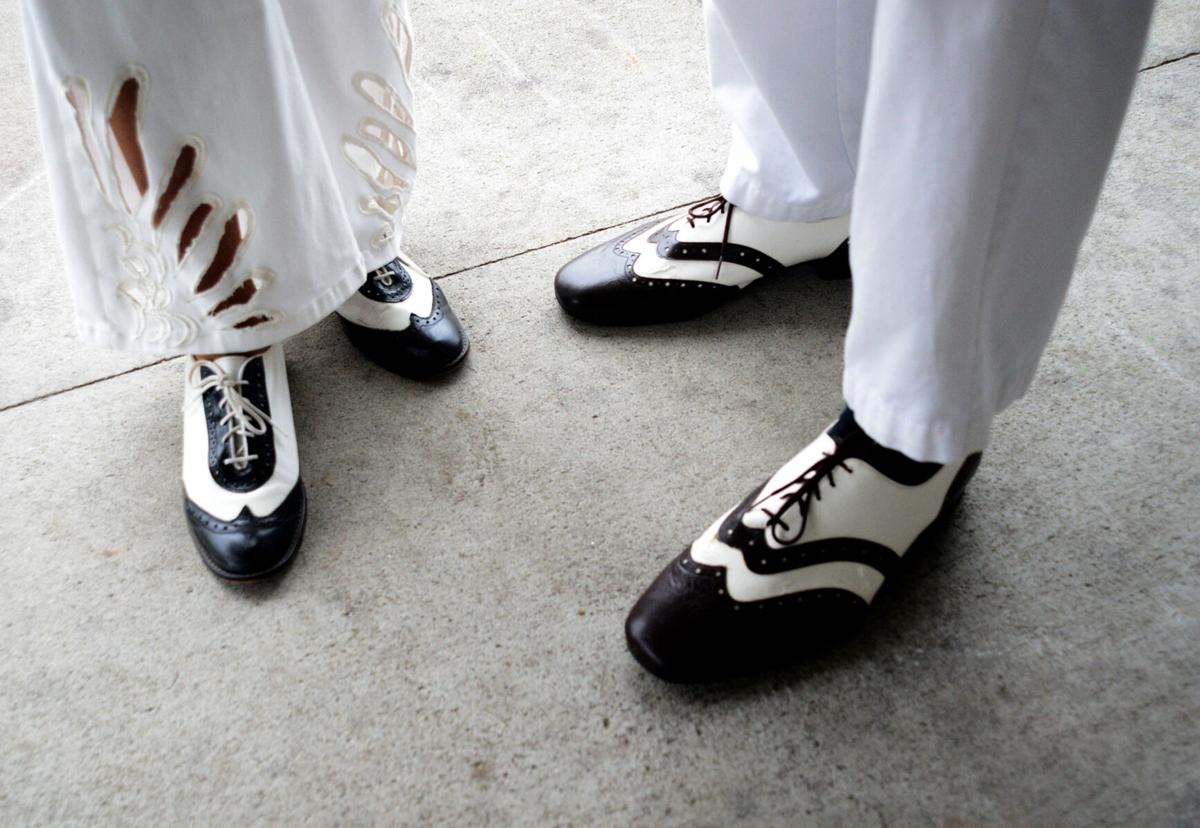 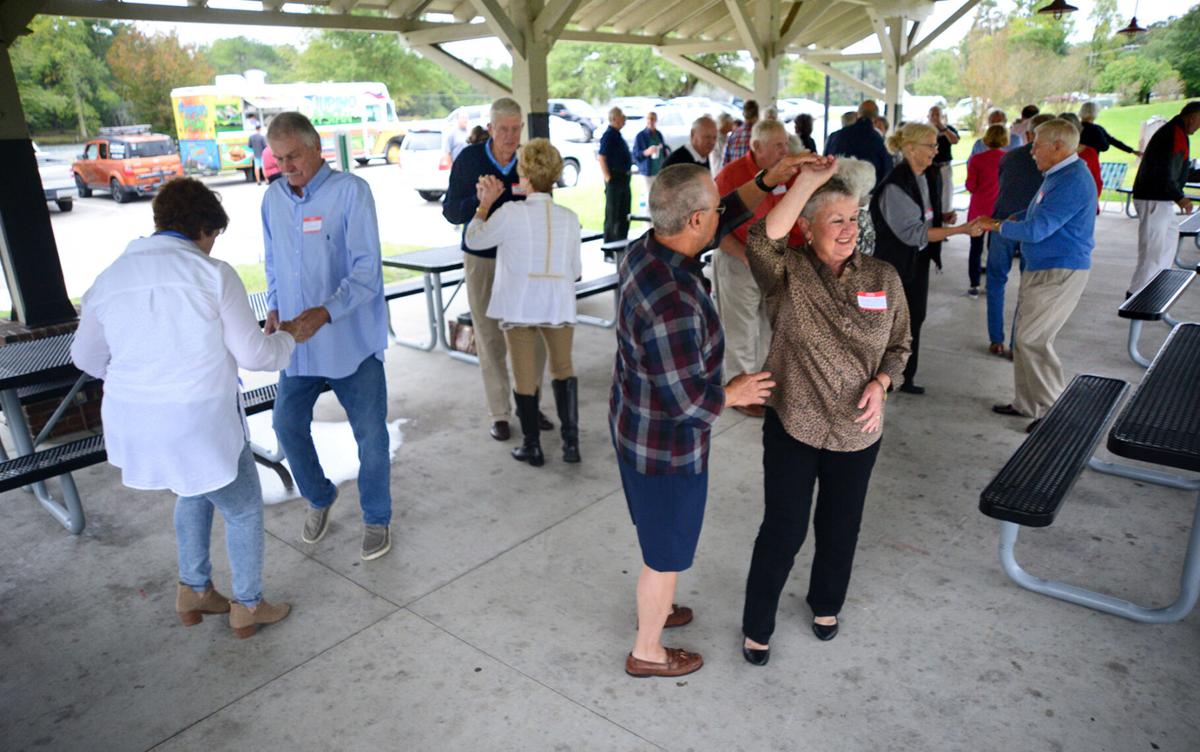 Dancers fill the floor under the pavilion

Don and GiGi Walter get into the groove.

Laura and Robbie Farrell share the dance floor with other shag dancers.

Wanda Little and Laura Farrell at the Aberdeen Shag get together. The two helped DJ the dance.

Dancers fill the floor under the pavilion

Sore knees and achy backs faded into the rhythms of a simpler youth, when a quarter bought five tunes on the juke box, when girls wore skirts and teenage romance blossomed beside Aberdeen Lake.

This was the Fab Fifties and Sixties — the pre-Beatles Drifters, Bobby Darin, Fats Domino. The music, called “beach.” The Mecca: Ocean Drive, S.C. The dance: The shag, which Shirley Ward remembers as “Southern calm for jitterbugging.”

She should know: “My husband and I met through a shag club.”

On Oct. 9 about 50 of that gang who grew up in half a dozen Moore County towns descended on the pavilion at Aberdeen Lake for a shagfest reunion. Deejay (and Aberdeen mayor) Robbie Farrell played all the right tunes while couples resurrected, gingerly, the old steps.

“Robbie and I got together with the idea two years ago,” Ward said. “This was going to be THE event.” COVID-19 spoiled the initial timing, but last fall Jim Whitlock ran into Ward with the idea of rounding up the gang again. They met for lunch every couple weeks, put together a mailing list, sent out a Save the Date notice and cleaned off their white bucks. Mayor Farrell – a pretty sharp shagger himself, promised to collate the right music.

Saturday afternoon was cool and rainy but the music unleashed some steamy memories: The guys, a few with newly minted drivers’ licenses, would descend on the park in the afternoon, rent lockers, swim, get dressed, grab a Coke and chips and look for a pretty girl.

Unabashedly, more than one grandpa mentioned, with a wicked grin, the “pretty girl” thing.

Of course shagging didn’t come easy to every guy. George Little may be chairman of Sandhills Community College Board of Trustees now, but back in the 50s before hitting the floor at Aberdeen Lake he got the jitterbug right at Arthur Murray Dance Studios.

“Now, it’s an entirely different world,” Little noted. “Back then, our parents knew where we were and where to come get us. Besides, they just don’t make music like this today.”

Gigi Walker adds: “Those were the times when people looked after each other.”

Farrell shared some relevant musicology: “After World War II, the Big Bands died out. Patti Page and Perry Como didn’t cut it with the Carolina kids who went to the beach in the 1950s. Back then, music was segregated into Black and white radio stations.”

Pretty soon, shag-hungry white teens started listening to Black groups and the songs they wrote. Up with Motown, down with crooners.

Farrell chose only music written and/or performed by Black groups for the event.

Shag may have been the main attraction, but slow dancin’ wasn’t forgotten. A squeal went up from the ladies when Farrell spun “Hold Me, Thrill Me, Kiss Me,” a steamy 1952 hit revived by Mel Carter in the early 1960s.

Name tags were provided since more than one attendee confessed to remembering a face but not the name. Lots of catching up, lots of grandchildren’s photos shared on cell phones.

“This is doing exactly what we intended,” Whitlock said. “No speeches, not if we can help it. Just having a good time.”

Truly, a sight for sore eyes. Better yet, a view of the past, through rose-colored bifocals.