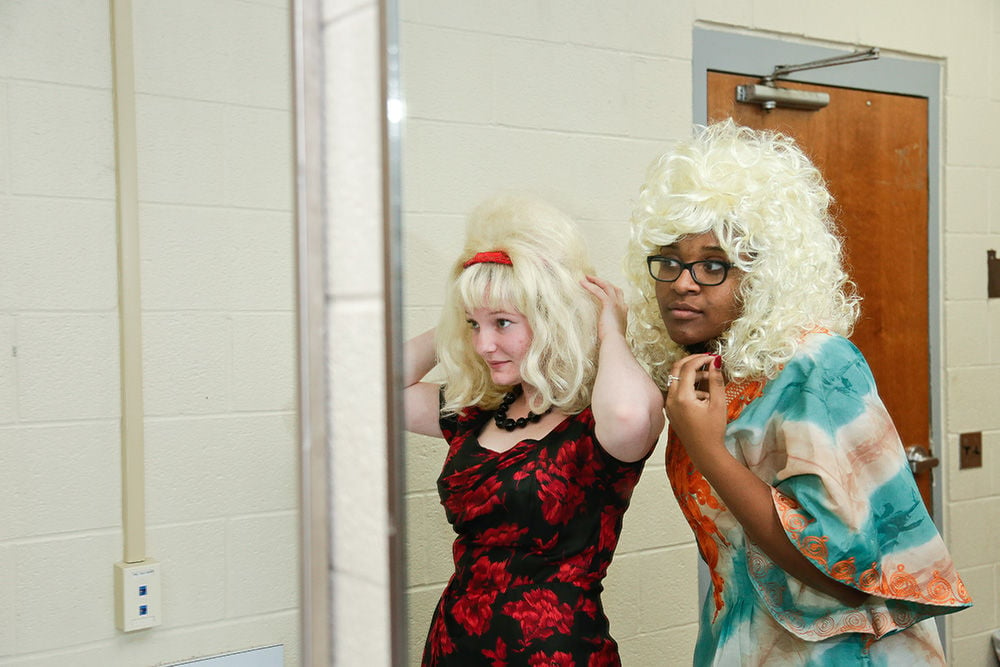 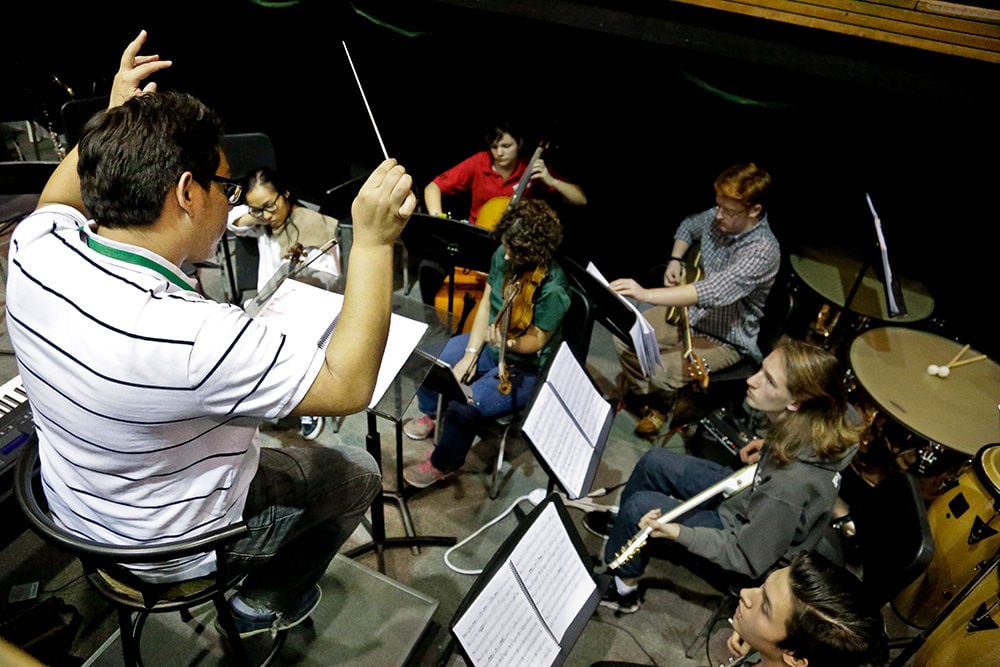 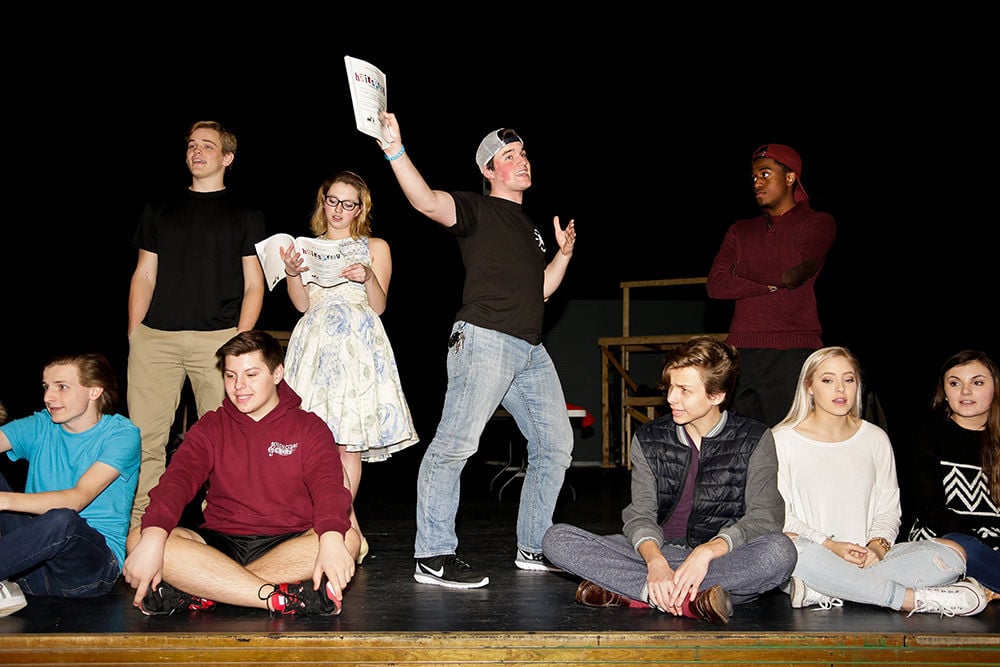 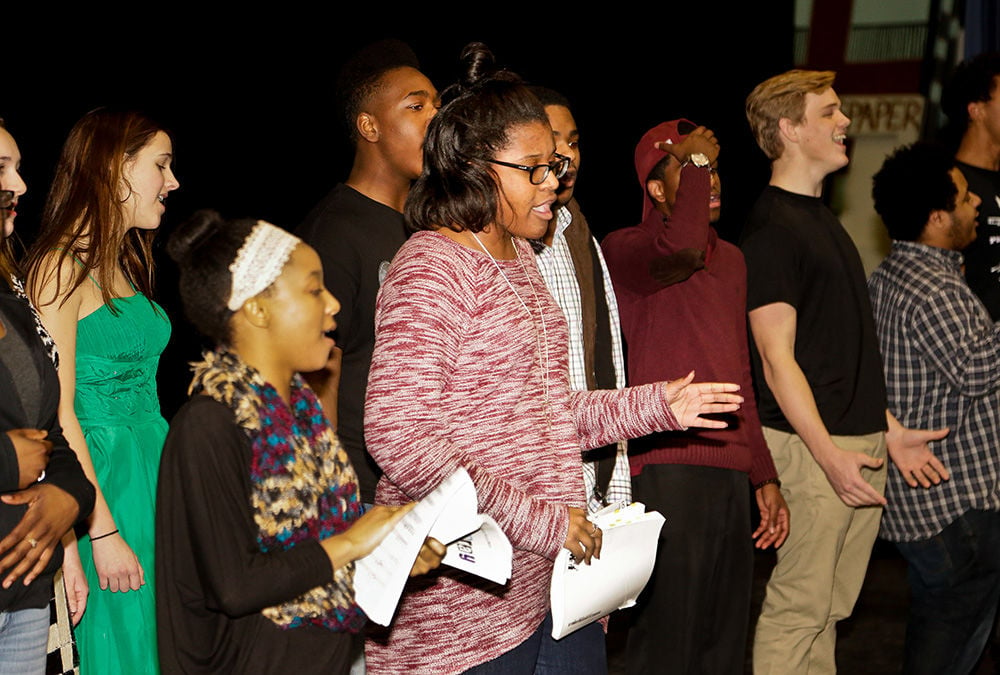 You can’t stop the beat and neither can the cast of the 2016 Pinecrest High School musical, “Hairspray.”

The musical will be held Friday, March 4, and Saturday, March 5, at 7 p.m. and Sunday, March 6, at 2 p.m. Tickets are $10 and will be available to purchase at the door. Seating is first come, first served.

Directed by Pinecrest Theater Department head Adam Faw, “Hairspray” takes place in Baltimore, Md., in 1962 where main character, Tracy Turnblad’s dream is to dance on “The Corny Collins Show.” When Tracy wins a role on the show, she becomes a celebrity and launches a campaign to integrate the show, highlighting the injustices of American society in the 1960s.

“I’ve kind of had the idea to do this musical in my back pocket for a while,” Faw says. “This just seemed like the right year to do it. I looked at the group we had and the level of choreography the play required and knew we could do it.”

The musical is based on the 1984 film of the same name. The amateur rights for high schools to put on the musical only became available four years ago.

“People will always want to compare the musical to something, whether it is alumni of the theater program that want to stack it up to previous musicals or those who have seen the musical before and want to see our interpretation of it. There is motivation in that,” Faw says. “We try very much to do our own show. Its not trying to recreate what Broadway did or what the movie did, it is making something of our own. I just want to make it better than we can possibly make it.”

This year is special for Pinecrest, as it will feature one of Faw’s biggest musical ensembles ever, with 66 students on stage throughout the musical. More than 100 students auditioned for the musical this year, which is the largest number of students to have auditioned in the history of Faw’s tenure.

“I would say we have amazingly talented people in the musical,” Faw says. “Looking at the entire show, this is one of our most talented groups across the board with the ensemble, singers and dancers.”

This is the first time that the orchestra pit will be filled with mainly students. All three heads of the performing arts department — chorus, orchestra and band are coming together and working with Faw on the musical. Chorus teacher Erin Slenk is in charge of the singing, orchestra teacher Matthew Holt is conducting the orchestra, and band teacher Eugene Cottrell will be playing trumpet for the musical. Former Pinecrest student Elizabeth Fowle is in charge of the choreography.

“This is the second year that we have all worked together in this way and it is wonderful. It is something that I have been striving for for a long time,” Faw says.

Faw believes the community should come out to support the arts in schools but also see a “damn good show.”

“I think people should always come out to support the arts and education, specifically live theater, but also arts. They’re vital for education,” Faw says. “Some of these students find a home and a reason to come to school because of theater and band and choir and orchestra, and I think that alone is a reason to come out and support it.

“On a sheerly personal level, we have some great talent, on stage, backstage, the adults working on this, the musical directors and the choreographer. I think people, if they have not come out to see a show here will be absolutely blown away by how much fun they have, by how good the show is, and by how much they enjoy it.”

For Faw, his favorite part of the musical isn’t any extravagant dance number or costumes, though he promises those will be just as good. For him, its the end of the musical.

“My favorite part is on opening night when the show has just finished and all of the actors are out in the lobby and I stand up on the balcony and I don’t get involved in it,” Faw says. “I just stand and watch all of their congratulations and all of the excitement and hugs that the cast gets and just the massive energy of tears and emotions and pride of what they have done. Being able to watch them do that is one of my favorite parts without a doubt every year.”