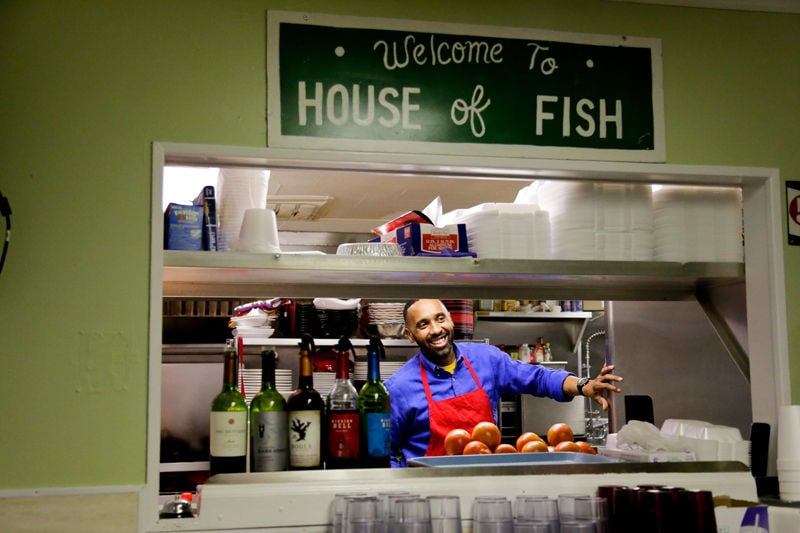 Danny Hayes checks on diners from the open kitchen of his Aberdeen seafood restaurant, the House of Fish. 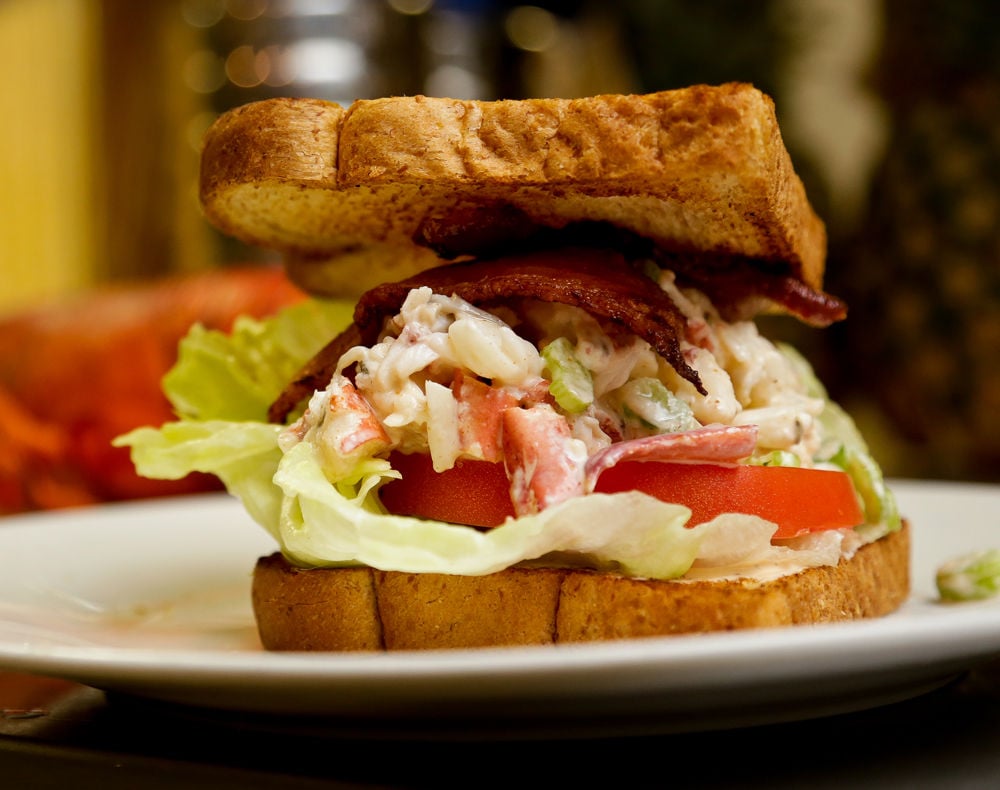 Danny Hayes checks on diners from the open kitchen of his Aberdeen seafood restaurant, the House of Fish.

Life, so far, has for Danny Hayes been a list of cliches:

A leap of faith.

Every cloud has a silver lining.

Been there, done that.

Presently, Danny’s holding forth at House of Fish — an Aberdeen roadhouse with a checkered past, a cliche aptly describing the transformation of a marginally successful address into a crowded parking lot, like when Eva flipped her fabulous burgers there.

Miracle of miracles, not only is Danny’s seafood (except whiting and cod) fresh, not frozen, but the music is Motown and the clientele broad-spectrum: black, white, suits, plaid flannel shirts, uniforms and five equestrienne lunch buddies consuming, with gusto, soft-shell crab sandwiches, catfish chowder and barbecued prawns.

Janet Fowler: “It’s worth the drive.”

Since H-of-F opened in June, the friends have eaten their way through the menu.

Yet location — Richmond County, to be exact — played a pivotal part in bringing a family-style, non-chain seafood restaurant to an iffy stretch of N.C. 211.

The 42-year-old entrepreneur wore many hats before the multi-colored knitted cap.

Growing up in Hamlet, “I never knew what I wanted to do.”

By age 9, Danny was selling seafood out of a truck driven by Mr. Wilson, who owned a fish market in Rockingham. The boy had developed a taste for locally caught ­(sometimes by him) croaker, spots and ­mullets — preferably breaded in cornmeal and fried in an iron skillet by his mother.

“I grew up on fish and grits,” he confesses, wistfully.

Anxious to explore other lifestyles, Danny studied accounting here and there, landing in New York, where he worked for an ­architectural design company owned by Caroline Kennedy’s husband, Ed Schlossberg. His digs: top floor of a brownstone, where he entertained eclectic pals with exotic fresh fish purchased in Chinatown.

Then came 9/11, which burst many bubbles. During Barack Obama’s presidential run-up, Danny relocated to Washington.

“As a young black man, the times resonated with me,” Danny says. “I wanted to be part of it,” which he was until 2009, when his mother called with bad news. She had colon cancer.

“I’m the baby,” Danny says. “I never asked my mother for anything she didn’t give me.”

He came home the very next day to serve as her caregiver during surgery and chemotherapy.

His mother is now cancer-free. Her ­homemade velvety sour cream pound cake sits on the counter.

During his mother’s illness, Danny tested this cliche.

He recalled visiting a fish joint in South Carolina, the kind with picnic tables, trout and French fries. “It was good,” he thought — the idea, the food, the niche. When he noticed a barbecue shack in Rockingham that had folded, “I had a light-bulb moment.”

Danny’s only restaurant experience was working at Captain D’s during high school.

He took the plunge, rented the place and opened House of Fish, featuring fresh seafood, prepared to order, simply or with flair. H-of-F became a beacon for the ­landlocked.

“I built my brand, my name,” says the novice chef, who flies by instinct, trial-and-error and a charming patter.

After four years, problems with the city prompted a move, logically to a bigger pond stocked with military traffic and U.S. Open attendees.

Danny found the former Fried Green Tomatoes and UPro premises, gussied it up with piscine art and tropical fish tanks, trained an assistant chef, hired a super-friendly staff, and tweaked a menu that ­showcased his product — fried or grilled, plated or sandwiched with imagination: ­oyster burgers, shrimp po’boys and a lobster BLT made from a whole lobster cooked in the open kitchen. Specials have included ­blackened monkfish in mango salsa, croaker, bass, lobster ravioli. His plump oysters are to die for.

Fresh seafood is pricey but, somehow, Danny maintains a modest tab. A lump ­crabcake sandwich with lettuce, tomato, bacon and a side costs $7.95.

Seafood, itself, has enjoyed a checkered reputation in the South, from whatever slaves caught in rivers and streams (often their only protein) to the coastal shacks and bistros serving varieties hours out of the sea.

In the early days, transportation in a hot ­climate limited availability. The surge in seafood consumption nationwide for health benefits, which began in the 1980s, declined in 2013 for the first time in a decade, National Restaurant News reports, ­influenced by price and availability. Fried is down, grilled up.

Statistics published by the National Fisheries Institute show that, despite the ­proliferation of restaurants and cookbooks, Americans harbor boring choices: shrimp tops the list, followed by salmon and canned tuna.

And, although chains like Red Lobster and Bonefish Grill pack ’em in, the genre remains precarious for a mom-and-pop operation.

Not for Danny Hayes.

“I’m in love with this place. If I could put a ring on the finger of House of Fish and marry her, I would.”

He continues: “I struggle every day. But as an African-American business owner, my heart is overjoyed (at the diverse clientele). Amazing food in a clean environment has to bring people together.”

And, to coin a new one, you never outgrow where you grew up.

His signature “clobster cake” video has been viewed over 1,600 times. More than 1,000 have tuned in to watch Danny Hayes of The House of Fish …