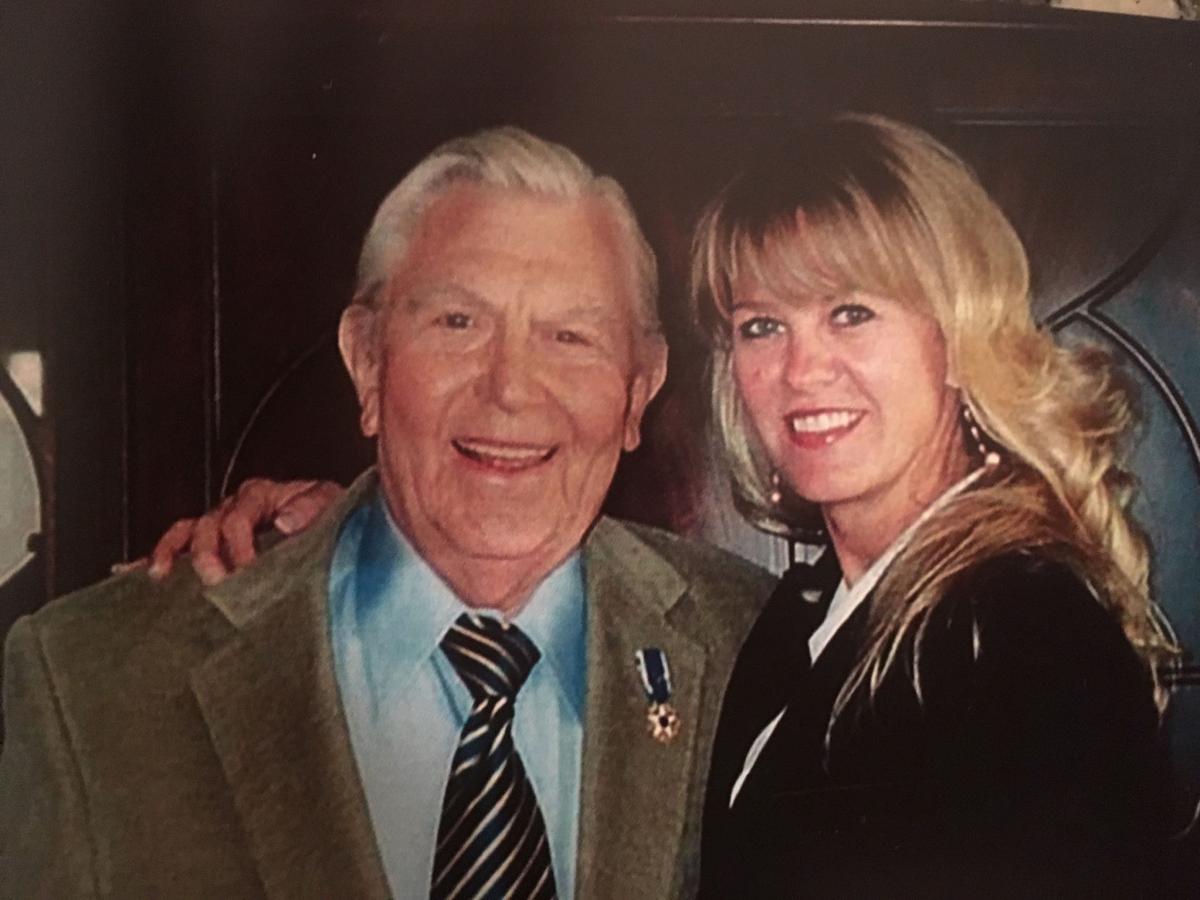 Andy Griffith was joined by his daughter, Dixie, when he received the Presidential Medal of Freedom in 2005. To Dixie, the actor was just known as “Dad.” 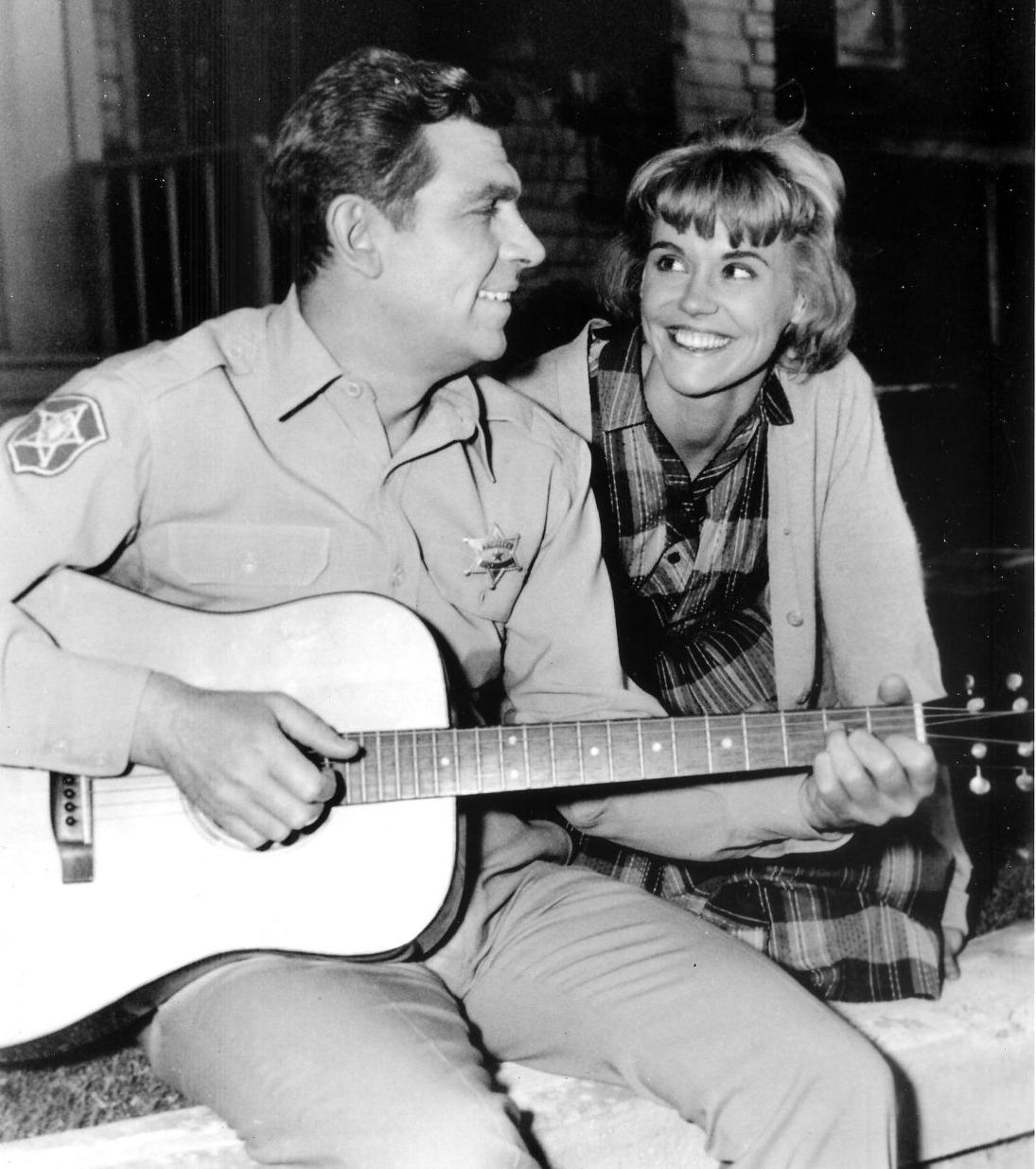 Little Charlene Darling had a huge crush on Sheriff Andy Taylor. Actress Maggie Peterson, who played the role of Charlene, in The Andy Griffith Show, still receives mail from fans around the world.

Two women who knew Andy Griffith pretty well will be appearing in Troy on Saturday, Aug. 5. One of them has strong ties to Troy.

Dixie Griffith, the late star’s daughter, and Maggie Peterson, who played the role of wide-eyed blonde Charlene Darling on “The Andy Griffith Show,” will be featured in the First Bank Concert Series show, “Mayberry Nights in Troy.”

The event will be held at the First Bank James Garner Center, located at 210 Burnett St., in Troy. Showtime is 7 p.m.

Peterson will make her 13th appearance in Troy. Her big eyes and wide smile rekindle many fond memories of lads growing up in the 1960s. For many, she was the first to steal their hearts. Even today, she still receives letters from fans around the world.

Dixie Griffith will bring another dimension to the show this year.

In a telephone interview from her Colorado home, she shared some insight about what it was like to grow up with a star father.

“I never was in awe of him as an actor. He was just my dad. He was usually gone in the morning when I woke up, but typically he would be home in the afternoon,” she recalled.

Then on Sundays, the famous sheriff turned into an adventurous cook in the kitchen, whipping up delicious concoctions, like his breakfast sandwiches and orange Julius.

“He was very meticulous in how he cut up the sausage,” she said.

When Dixie visits in August, she will be seeing her grandparents’ grave in downtown Troy. Dixie and James Edwards are buried under the flag pole.

“My dad was quite taken by my mom’s operatic soprano voice,” Dixie explained. The two met while performing in the Carolina Playmakers Repertory Theater at UNC-Chapel Hill and married in 1949.

When she was 13 years old, Dixie dipped her toe into the theatrical world by playing the role of a colonist in “The Lost Colony.” Decades later, she is donning a wig and a $10 second-hand outfit to play the role of Skippy, the giggly blonde who knocked around with the gravely-voiced Daphne. The two gal pals built a reputation around Mayberry for causing trouble for the high sheriff and his side-kick deputy.

“I’m naturally a shy introvert,” Dixie said of herself. “But when I put on that wig and dress, I can be anyone I want to be. I’m having so much fun.”

She will be joining the Mayberry Tribute Artists in some of the skits from the TV show during the Aug. 5 performance.

Organizer Jeff Branch, who plays the role of the soft-spoken, stalwart Howard Sprague, has been pulling the tribute artists together for Mayberry Nights in Troy since 2005.

The TV show, which aired from Oct. 3, 1960 to April 1, 1968, continues to be broadcast throughout the world. In Greensboro, WFMY is the only station to run the show continuously since 1960. The Darling family was included in only six segments.

Andy Griffith brought music to the show. He was known for occasionally picking up a guitar and singing. So it’s a natural that “Mayberry Nights in Troy” include the VW Boys, hailing from Bristol — Tennessee and Virginia. They have been key entertainers in Mayberry celebrations in Mount Airy, Cocoa Beach, Fla., in Danville, Ind., and on Mayberry themed cruises.

They penned the lyrics to “Whatever Happened to Mayberry” and “Hello, Thelma Lou,” a take-off from the song, “Hello, Mary Lou,” recorded by Ricky Nelson in 1961.

White is known by PBS fans as the host of “Song of the Mountain,” which is broadcast on Sundays at 6 p.m. on UNC-TV.

The VW Boys entertain crowds with a blend of bluegrass and songs from the 1950s and 1960s.

Tickets are $15 for general admission and $20 for reserved seats and $10 for children ages 6-12. Refreshments will be provided by the West Montgomery Lions Club.