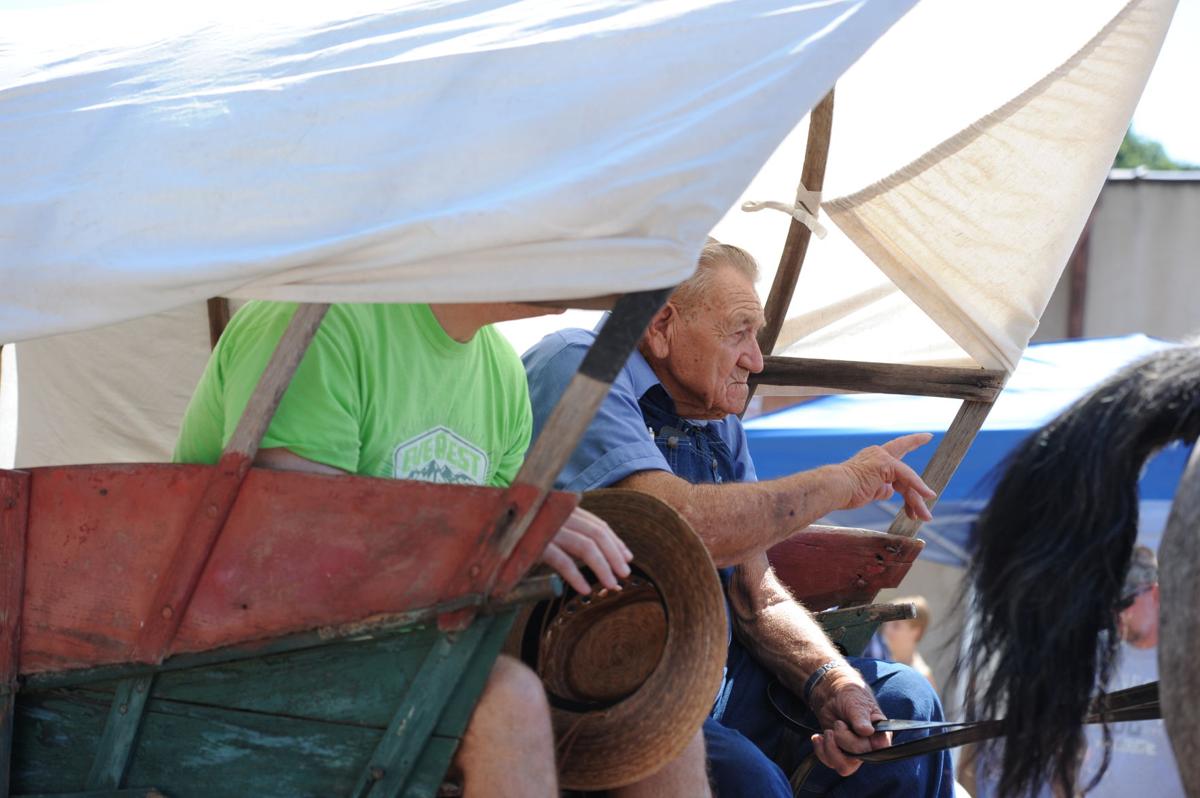 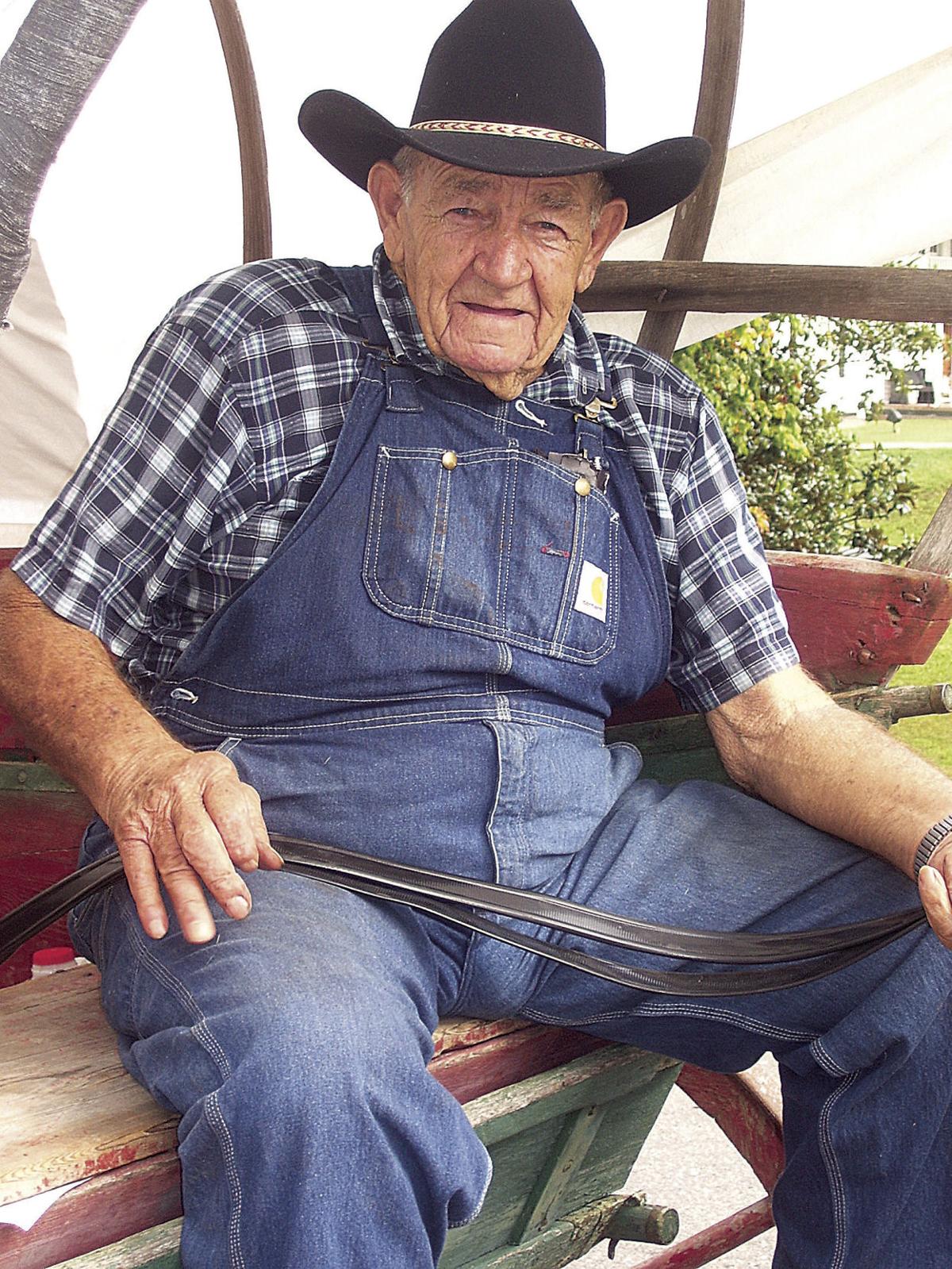 The 87-year-old Odell Hussey has been a fixture of Farmers Day since 1955, when he rode behind his father Curtis Hussey in the inaugural parade. 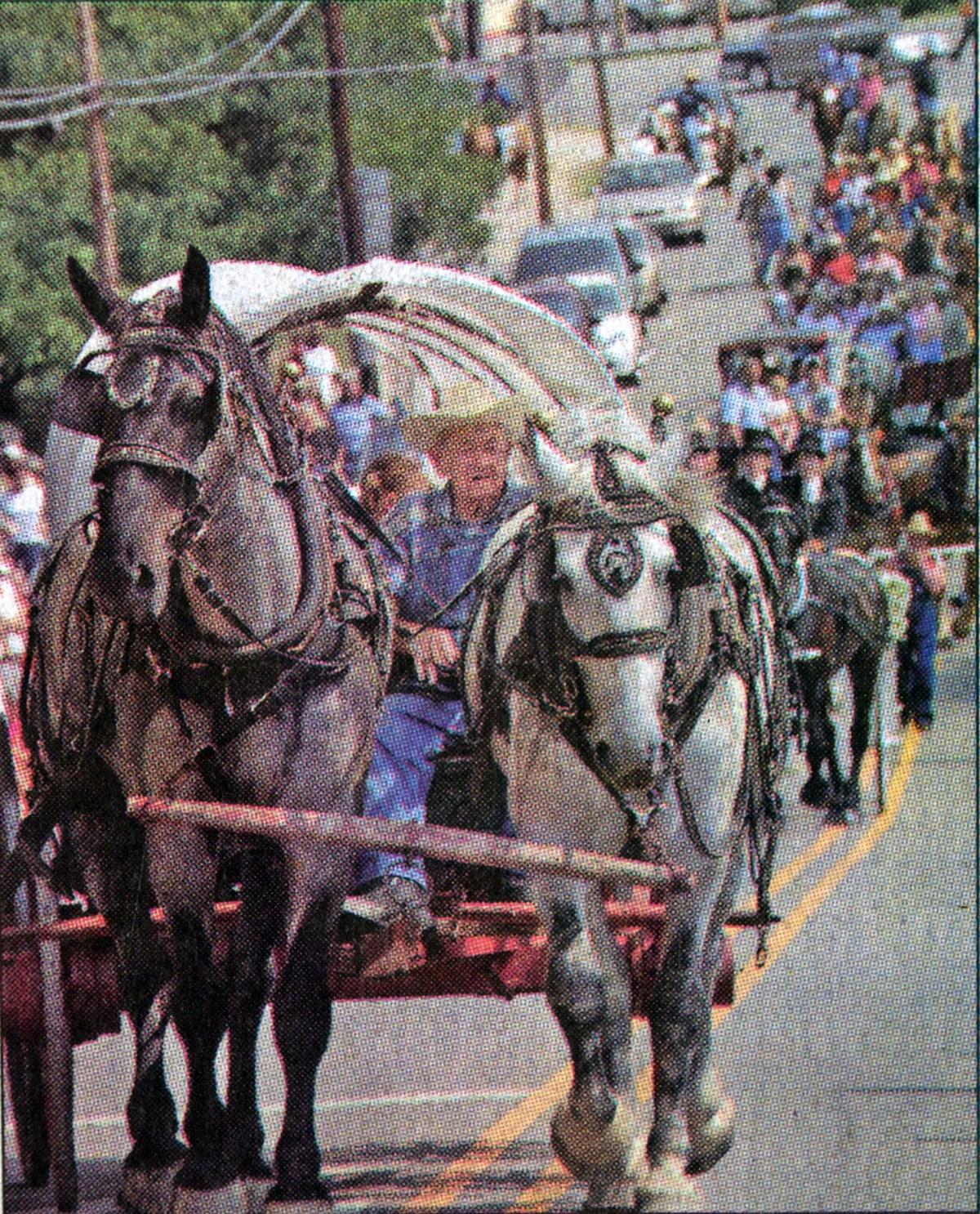 Odell Hussey leads the annual Farmers Day Parade in this Aug. 5, 2007 photo from The Pilot archive.

The 87-year-old Odell Hussey has been a fixture of Farmers Day since 1955, when he rode behind his father Curtis Hussey in the inaugural parade.

Odell Hussey leads the annual Farmers Day Parade in this Aug. 5, 2007 photo from The Pilot archive.

After 24 years at the head of Robbins’ annual Farmers Day Parade, Odell Hussey is handing over the reins.

Hussey, the event’s longtime “wagon master,” will lead the cavalcade of horse-drawn carriages for the last time on Saturday.

“Mr. Odell and his family have been very dedicated to the event,” said Jarius Garner, chairman of the Farmers Day Parade Committee. “He’s a great fellow and a wonderful historian. We wish him well as he is finishing up his tenure.”

The 87-year-old has been a fixture of Farmers Day since 1955, when he rode behind his father Curtis Hussey in the inaugural parade.

Curtis Hussey led the parade for 36 years before passing the torch to his son. It’s a tradition that will continue during next year’s event, when Robert Hussey is expected to succeed his father as wagon master.

As the first face in a sea of cowboys and dignitaries, the wagon master helps set the tone for the parade. The merry procession loops around Middleton Street and typically features more than 400 entries, according to Garner.

Much has changed since Curtis Hussey first steered a covered buggy through Robbins. He created the event with his cousins, Branson and Graham Hussey, after receiving permission from Mayor Wayland Kennedy to hold a small parade of horse-drawn carriages.

“They came down to show people what they had,” Odell Hussey told The Pilot in 2010. “I reckon they had pretty mules at that day and time. It showed the public how they’d taken care of them and how they made a living with them. I think they had a little bit of a pride in it.”

Now a three-day festival, the Farmers Day Parade draws about 30,000 people to Robbins each year. The Southeastern Tourism Society has repeatedly  named it one of the region’s top events.

In addition to its signature horse parade, once touted as the largest of its kind on the East Coast, the event offers a mix of concerts, contests and other activities.

“I think we have a good array of entertainment that will entertain the vast majority of people,” Garner recently told The Pilot.

But for many attendees, Odell Hussey will always be synonymous with the celebration. He has missed only one parade, taking a justifiable leave the year his wife received an operation in Raleigh.

“I think a lot of people are going to be happy for him, but there’s going to be mixed emotions,” Garner said. “He feels like this is the time to transfer his duty to his son and I think that’s a good move for him. He’s still going to be involved with it as long as he can.”

His contributions have not gone unnoticed by the town. In 2015, the Robbins Fire Department presented Odell Hussey with a plaque commemorating his 60th anniversary.

“We definitely appreciate all that he has done for us,” Garner said.

This year’s parade will kick off at 11 a.m. Saturday. Trophies will be awarded in 21 categories, ranging from Oddest Rig and Best Team of Little Mules.

A recognition ceremony for Odell Hussey will be held at 2 p.m. on the old Railroad Stage. For a complete schedule of events, visit robbinsfarmersday.com.

I love the Farmer's Day Parade and recommend attending it, especially to families with children who would enjoy seeing the spectacle of a LONG procession of horses and mules. Well worth the trip to the northern part of our county. The gospel performers are a particularly nice treat. Hope they have a great turn-out and hope to see y'all there!!