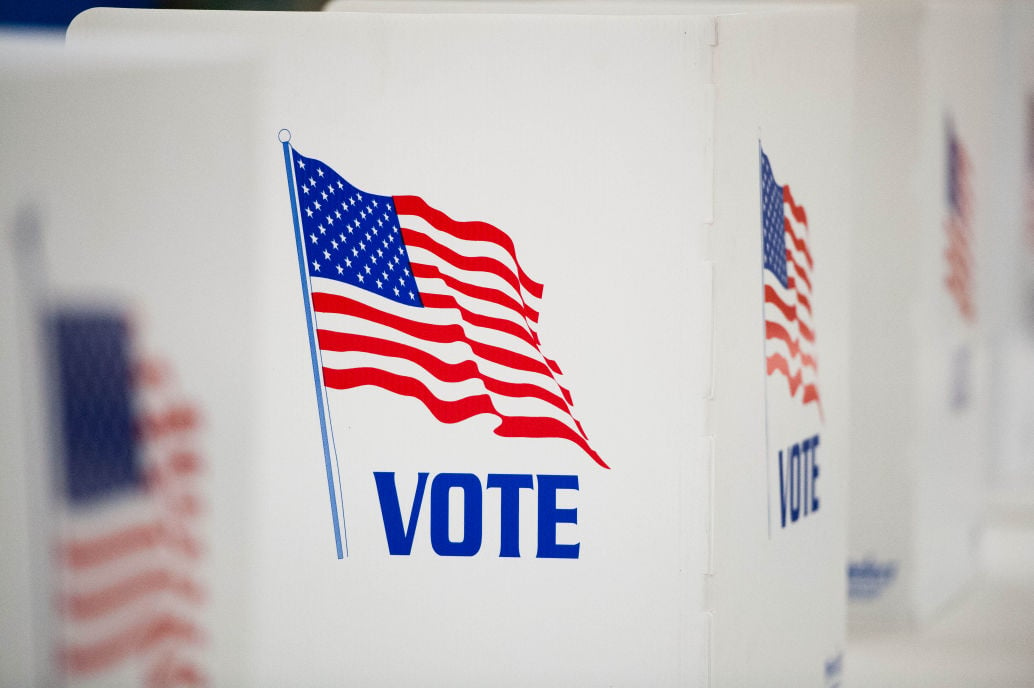 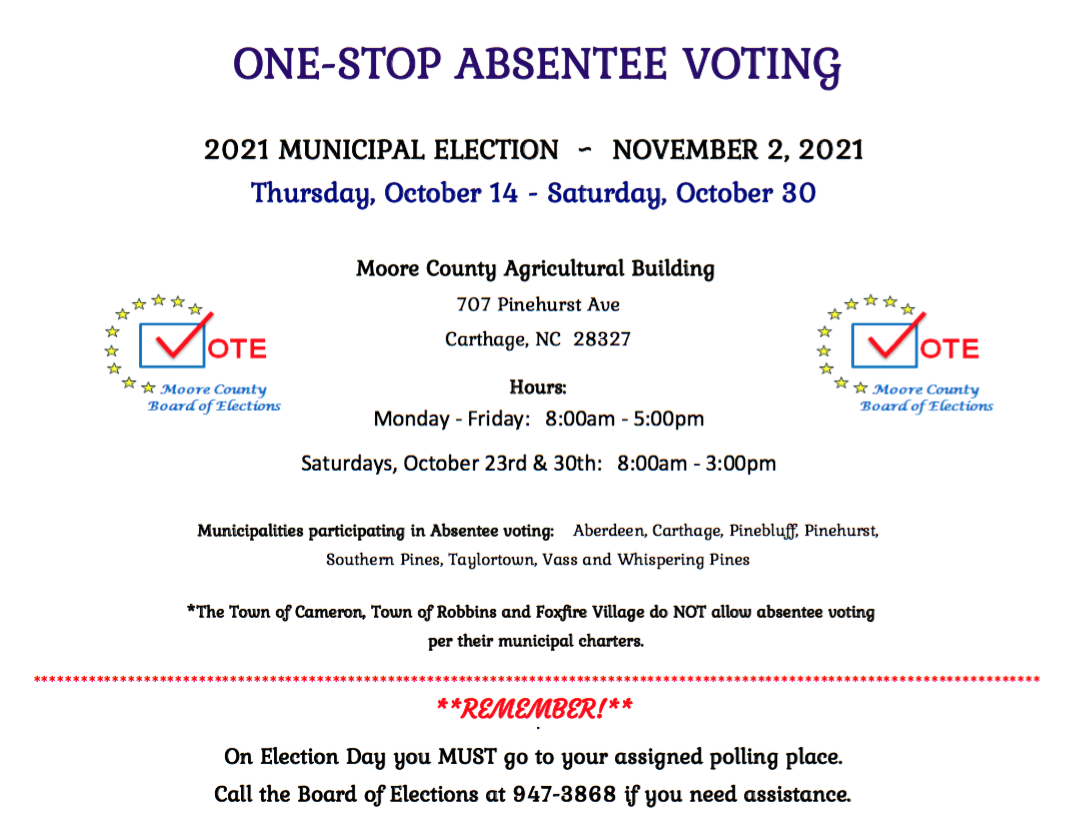 One stop voting for the municipal election is set to begin Thursday and runs through Oct. 30, for voters in Aberdeen, Carthage, Pinebluff, Pinehurst, Southern Pines, Taylortown, Vass and Whispering Pines. Town charters governing Cameron, Foxfire Village and Robbins do not allow absentee voting.

On Election Day, Nov. 2, registered voters must go to their assigned polling place. Call the Board of Elections office at (910) 947-3868 if you need assistance.

In North Carolina, absentee voting is broadly divided into three categories: absentee-by-mail voting, military and overseas citizens voting, and absentee one-stop voting. These processes are all considered absentee, because the voting takes place away from the traditional Election Day precincts.

There are 37 municipal seats up for election in November. Sample ballots are available online at www.moorecountync.gov/board-of-elections:

* Aberdeen: Mayor Robbie Farrell is running for re-election for a four-year term in the mayoral seat. He is unopposed. Also on the ballot, Daniel Behnke, Timothy Helms, Wilma Laney and Tim Marcham are seeking one of two open commissioner seats. The seats have four-year terms.

Is this for the 2022 mid terms? Can I vote without stopping...just pitching out my unfilled ballot to a community organizer? Perhaps one could come to my home to help me fill it out...done all the time these days.

In my humble opinion, 2 WEEKS of early voting is far to much.