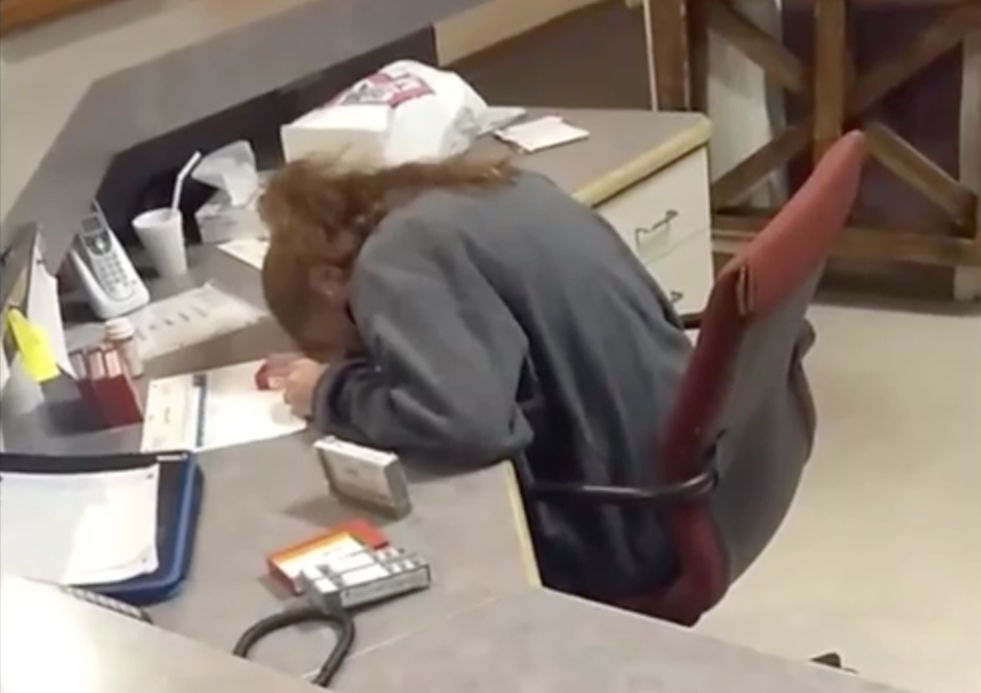 Still from a video that shows a seemingly unconscious employee at Tara Plantation of Carthage. (Contributed Photograph/Stephanie Alston)

Excerpt from a letter sent to Kathy Huffman, owner of Tara Plantation, by Mark Benton, deputy secretary of the state Department of Health and Human Services. (Photo Illustration/The Pilot) 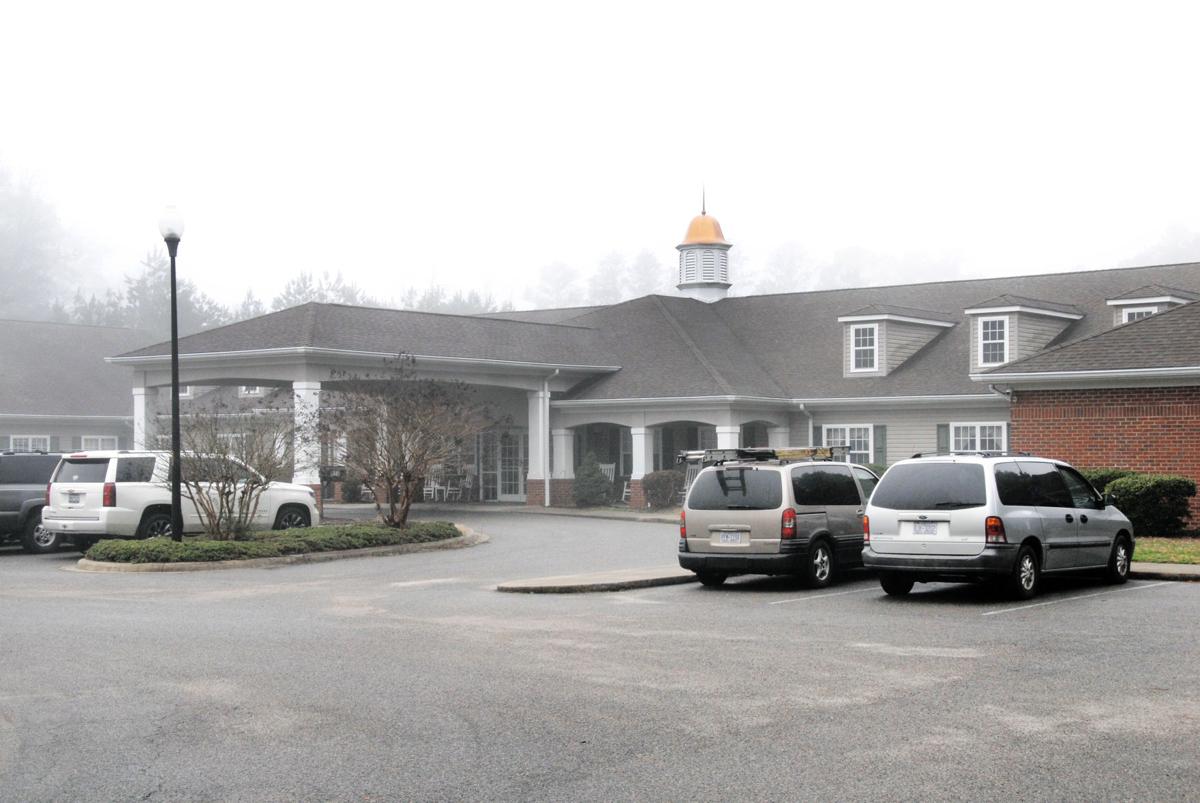 Most residents at Tara Plantation, an 80-bed assisted living center in Carthage, suffer from dementia or Alzheimer’s disease. (Photograph by Glenn Sides/The Pilot)

Documents released by the state Division of Health Service Regulation show multiple incidents of neglect and possible exploitation of elderly residents at Tara Plantation in Carthage.

The state on Tuesday suspended admissions to Tara Plantation, an 80-bed assisted living center that serves patients suffering from dementia and Alzheimer’s disease. Mark Benton, deputy secretary of the state Department of Health and Human Services, says Tara Plantation’s license could be revoked if “demonstrative and lasting improvements” are not made at the facility.

A 114-page report released by the division lists several drug-related violations, including two separate incidents where a resident required emergency treatment for “possible drug overdose after medications were left in her room.” Both incidents happened during the same week in January, the report said.

The report describes a separate incident where Tara Plantation’s staff failed to properly administer Clonazepam, an anxiety medication, to a resident with dementia. Two employees filled out logs stating the medicine had been given to the man, but lab tests showed no traces of the drug in his bloodstream.

“If (he) had received Clonazepam every day, the medication would have been positive in his bloodstream when the lab was drawn because there had not been enough time for the medication to be cleared from his bloodstream,” the report said. “The facility’s failure to assure (the) resident received Clonazepam as ordered placed the resident at substantial risk for neglect and exploitation.”

According to the report, the facility’s administration did not notify the state Health Care Personnel Registry of allegations involving drug diversion after 15 doses of oxycodone, a narcotic opioid that had been prescribed to a resident in the special care unit, went missing in October. The administration ordered drug screenings for staff members after the disappearance of the oxycodone, the report said, but an employee who refused to be tested continued working at the facility until she left her job later that month.

“Allowing (the employee) to continue to work in the facility until she electively quit (…) exposed the residents in the SCU, who were cognitively impaired, to potential subsequent and/or continued drug diversion and exploitation by (the employee),” the report said.

The report said drug diversion was also suspected in a separate incident involving a container of Ambien, a controlled substance, that was returned to the pharmacy with 10 doses missing.

In addition to the drug-related violations, the report says Tara Plantation's management failed to “assure the facility was free of obstructions and hazards” to residents.

“Ensuring the safety and care provided to individuals in licensed health care facilities is the top priority of this department,” Benton wrote in a letter to Kathy Huffman, owner of the facility. “I ask that you and your staff act with a sense of urgency to bring Tara Plantation back into compliance.”

The division’s findings are consistent with allegations made by multiple ex-employees of Tara Plantation. In recent interviews with The Pilot, the former staff members said they were ignored or instructed to keep quiet when they attempted to share their concerns with the administration.

But Stephanie Alston, a former member of the center’s housekeeping staff, was not so easily silenced. The state’s investigation was prompted by a widely seen video that Alston shared on social media.

In the nearly three-minute video, a female Tara Plantation employee who appears to be sleeping or heavily sedated is slumped over in a swivel chair with her head between her knees.

The woman, a medical technician who is no longer employed at the facility, is seated behind a counter, on which an unattended pharmacy bag is visible, in the facility’s Alzheimer’s unit. Near the end of the video, the woman can be seen grasping for a nearby crate containing what appears to be a tube-shaped container and a ballpoint pen.

According to Alston, the video was sent to the Moore County Department of Social Services on Feb. 13. Alston claims she and her co-worker Rachel Hough, who is heard talking to Alston in the video, were fired the next morning for filming the incident.

“We (were) wrongfully terminated from my job today because I wanted to protect the residents that were in danger,” Alston wrote in caption for the video, which she posted to Facebook shortly after she was fired. “I’m leaking this to the world to show everyone what your family could be dealing with on a regular basis.”

Alston also shared photographs from inside Tara Plantation showing stained furniture, wastebaskets overflowing with trash and crushed-up medication left in disposable cups. One of the photographs shows a visibly soaked adult diaper lying on the floor. 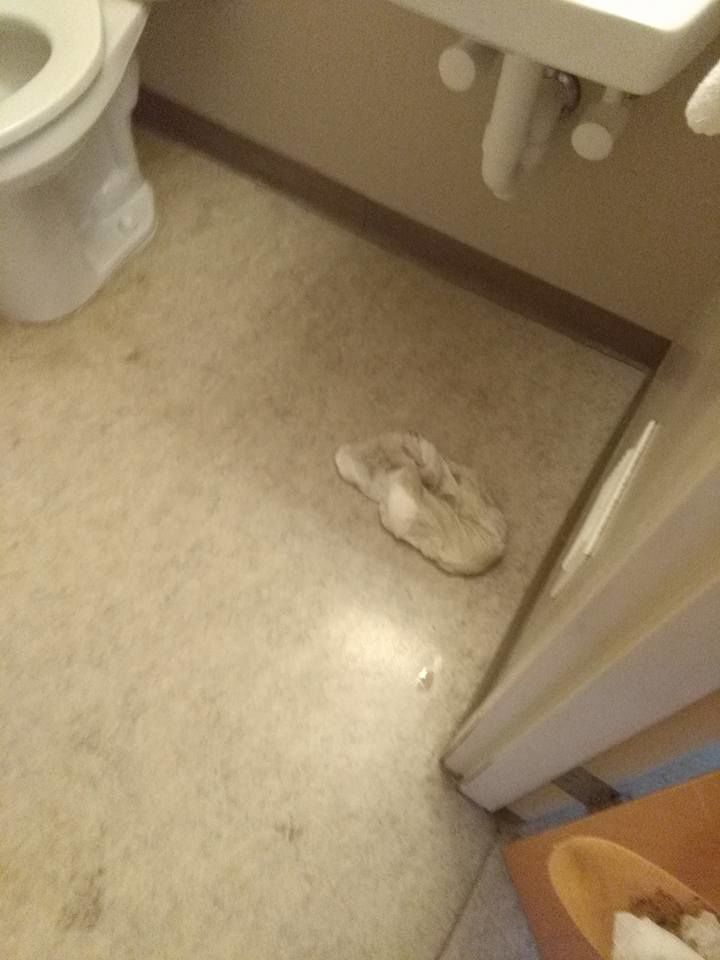 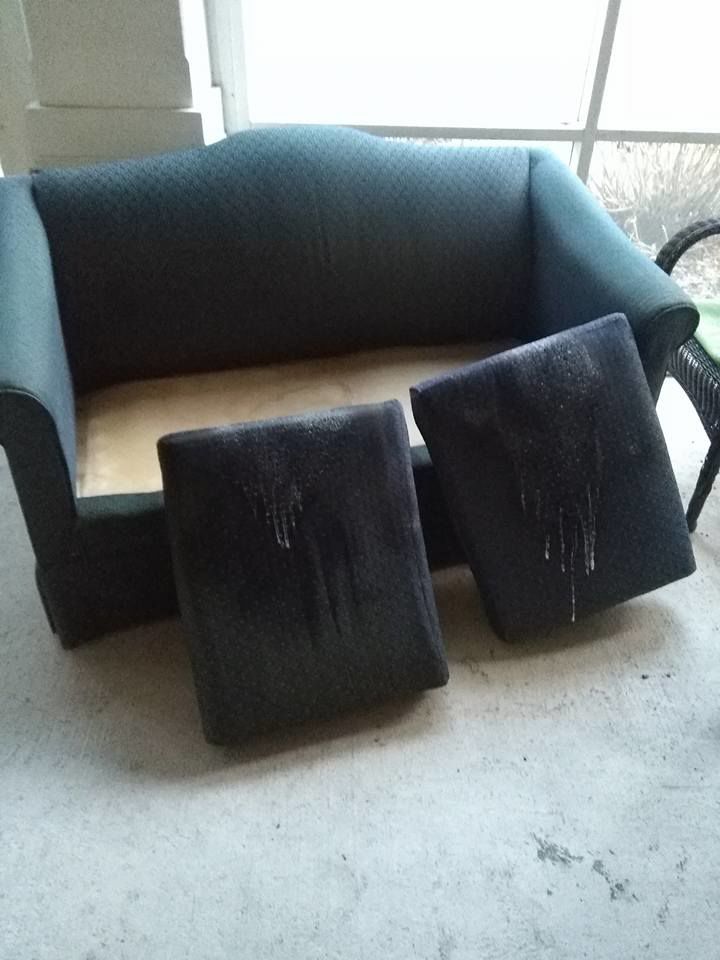 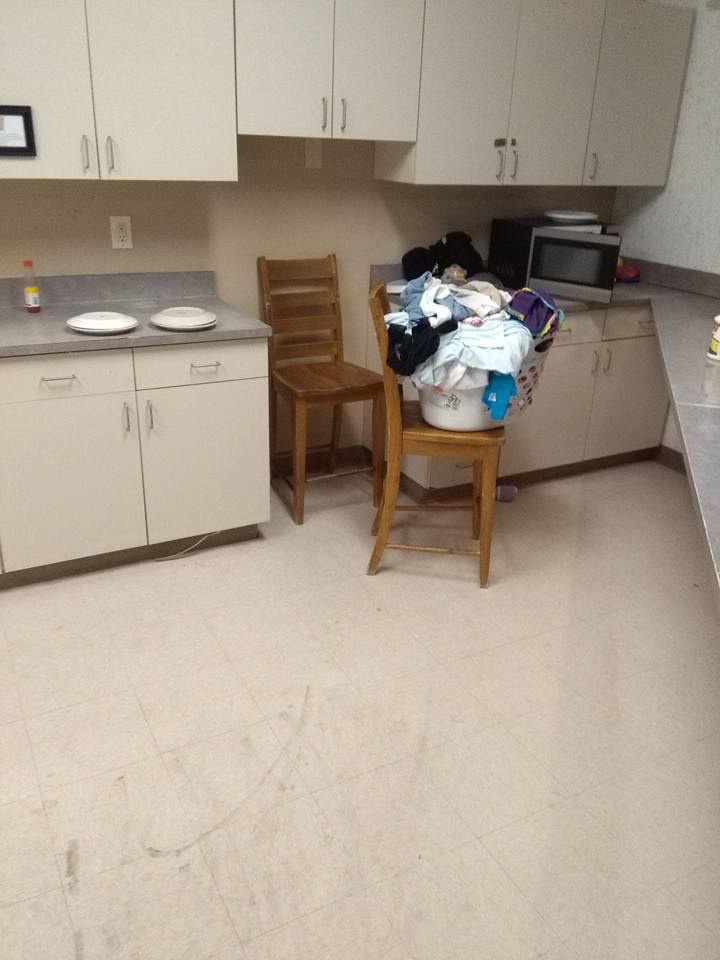 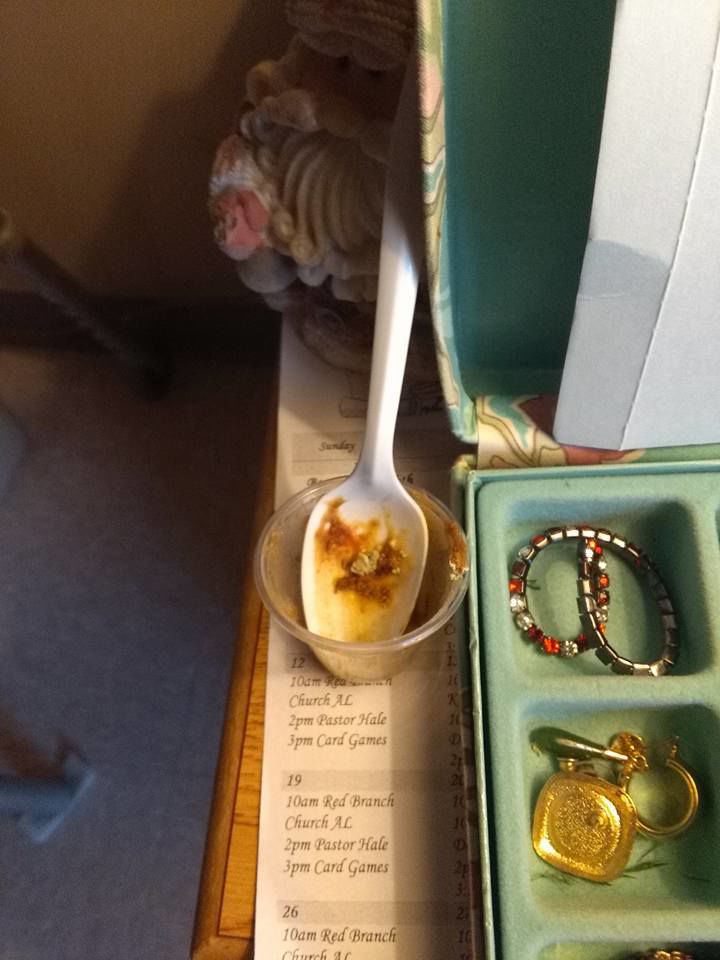 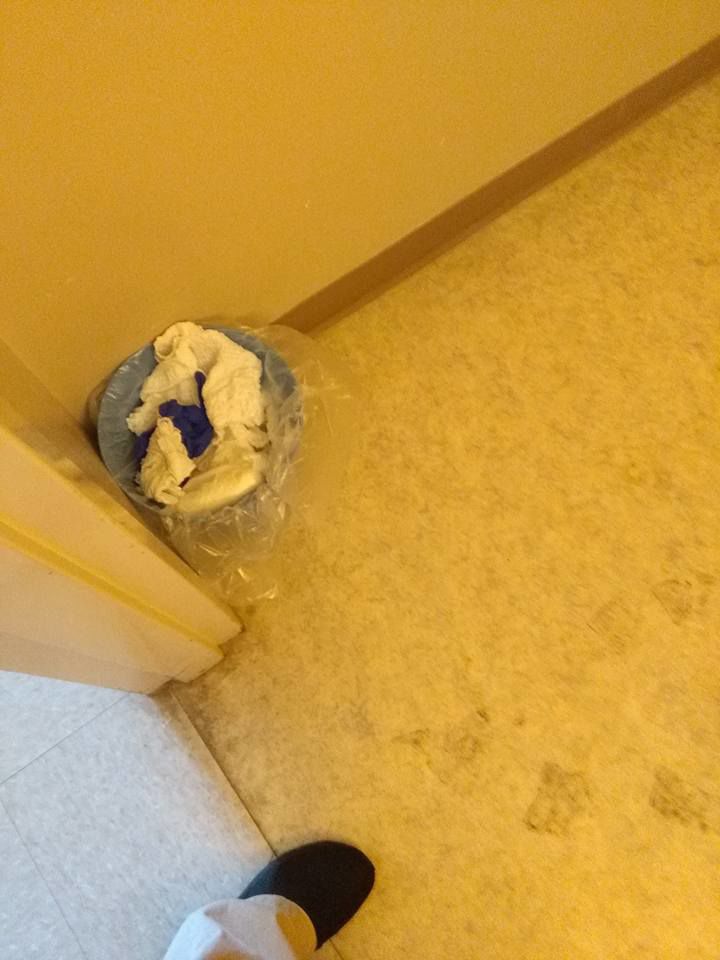 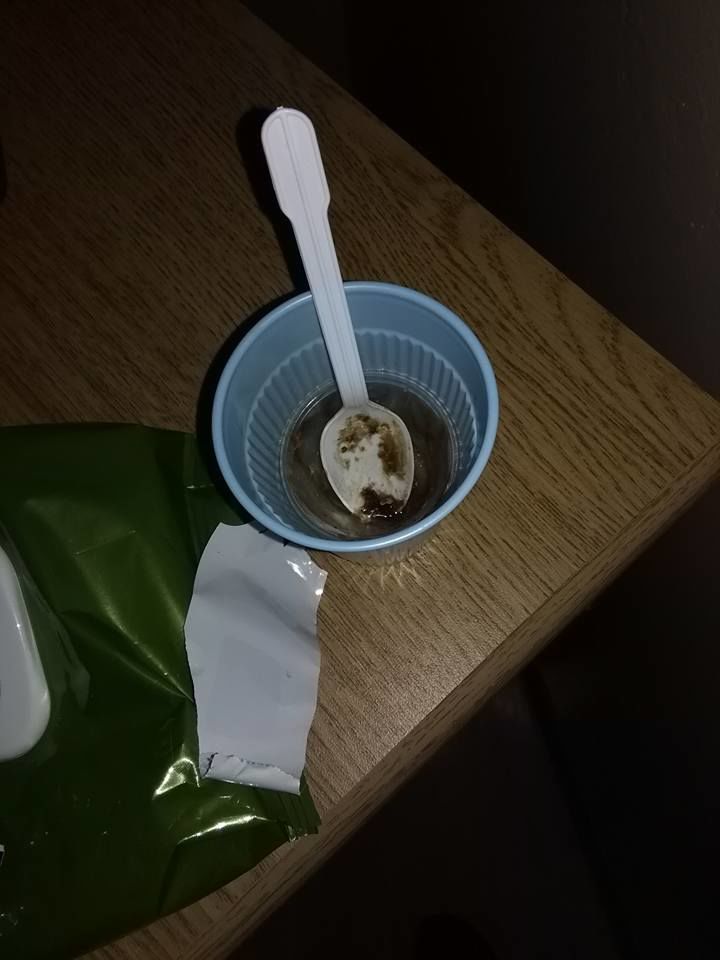 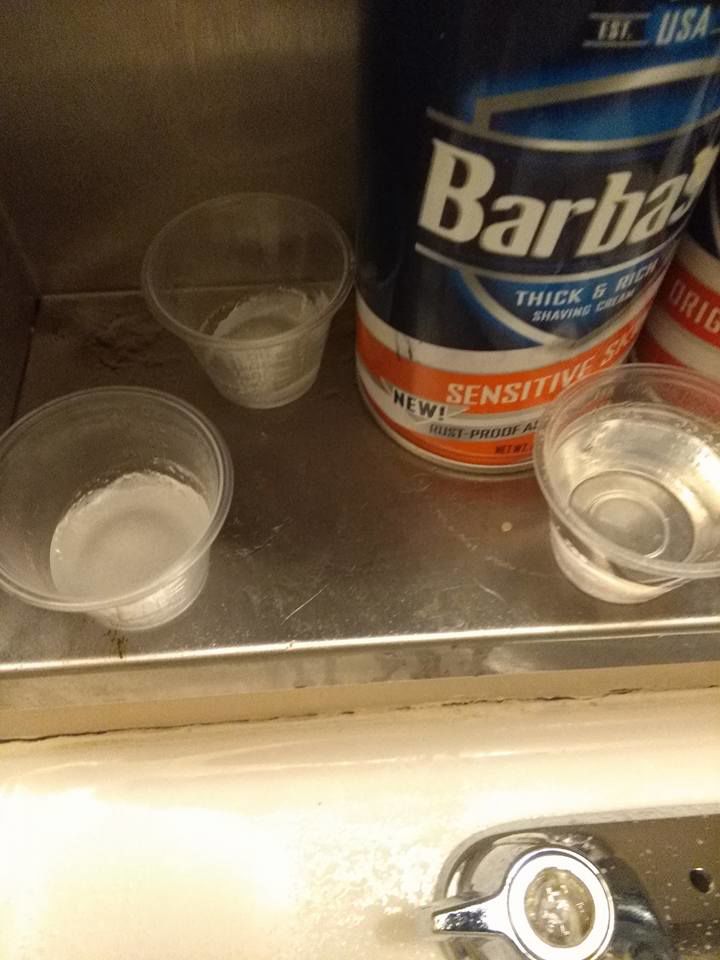 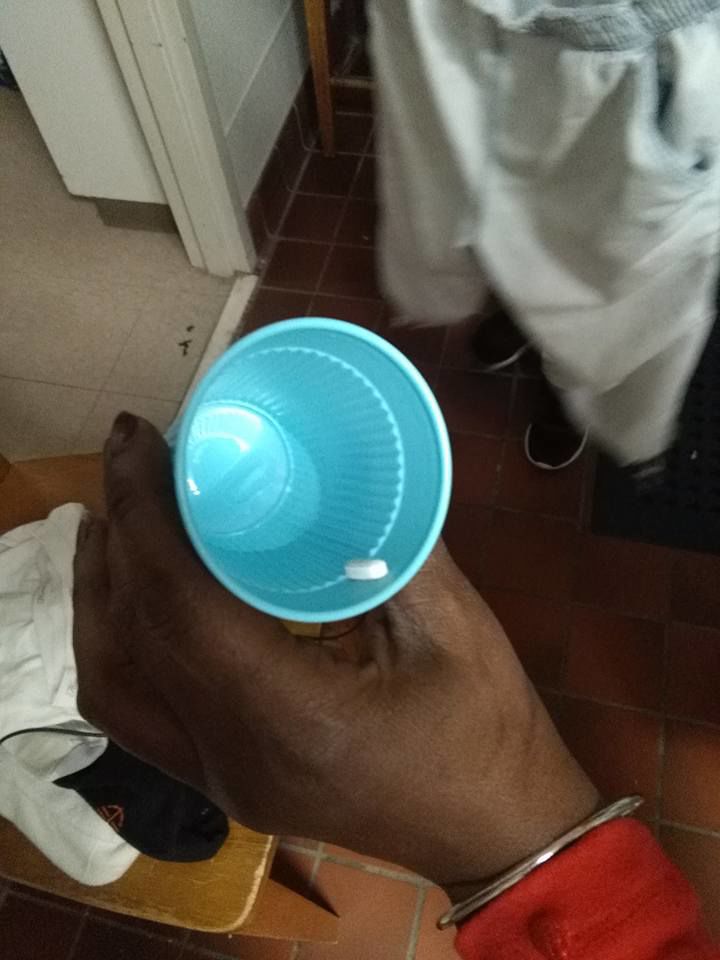 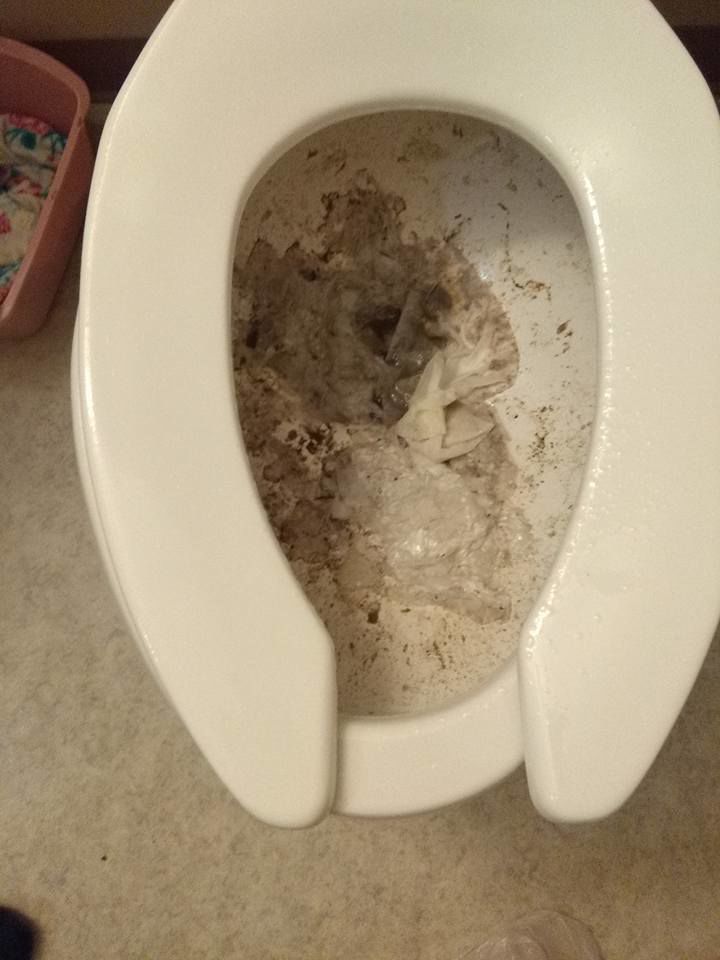 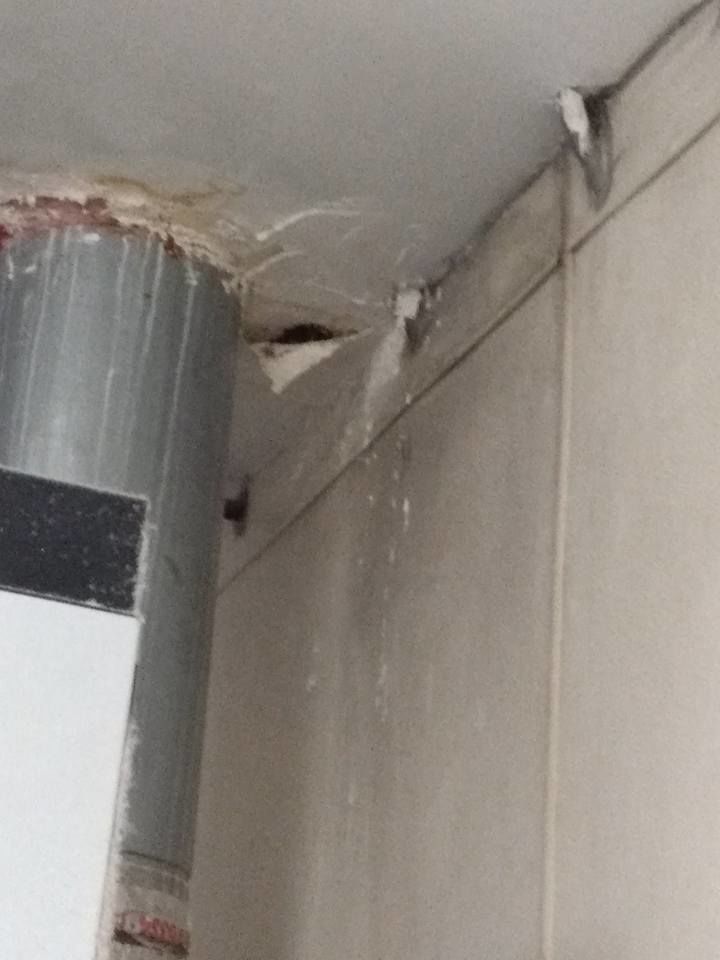 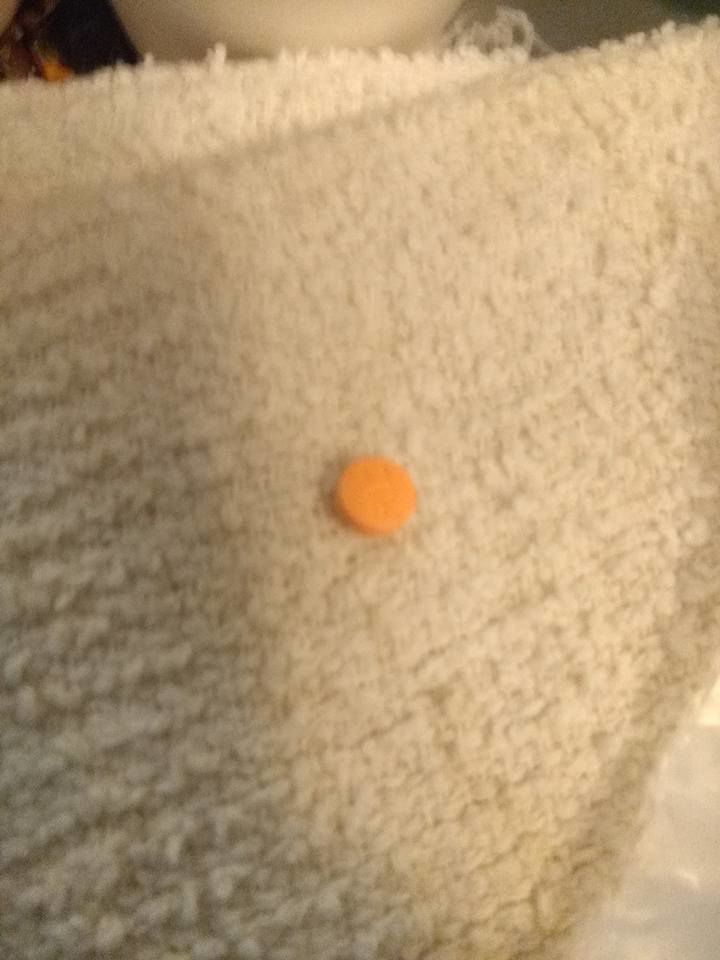 Stephanie Alston's photographs from inside the assisted living facility.

In a recent interview with The Pilot, Alston said her former employer cited “irresponsible and unprofessional” behavior as the official reason for her dismissal.

“I just want justice for the residents that deserve better,” Alston said. “I don’t feel sad about losing my job over this.”

'Deal With it or Cut Ties'

Stacy Self, a Carthage resident who briefly worked at Tara Plantation in 2013, was among the nearly 60,000 people who watched Alston’s video on Facebook. Self said she observed similar issues during her time at the facility.

“From the beginning, I noticed a lot from misuse of meds to physical abuse,” she said.

While working in the center’s dementia unit, Self said she witnessed a co-worker “smacking” a resident whose clothes needed to be changed.

“I immediately told (the co-worker) to stop and leave the room,” Self said.

When she complained to the facility’s administrator about the incident, Self said she was told to “deal with it or cut ties.” She said she then quit her job at Tara Plantation and reported the abuse to the Moore County Department of Social Services.

“Another co-worker told me DSS said they would be there in a few days,” Self said. “(The administrator) told them if anyone wanted to keep their job, they better keep their mouth shut. Nothing ever was handled or fixed.”

Another woman who worked at Tara Plantation alleged that staff members regularly neglected residents when she was employed there during the mid-2000s.

The woman, who requested that her name not be published because she has an elderly relative who lives at the facility, said she would return from 12-hour shifts to find residents wearing the same diapers they had on when her previous shift ended, “while staff members were in front of the TV asleep.”

“Some of the residents that needed help to eat wouldn’t get it,” she said. “The staff would eat their food as long as it wasn’t puréed.”

The woman said she was fired after sharing her concerns with the administration.

Issues Documented Over the Years

Tara Plantation LLC was created in 1997 and shares a mailing address with Dunmore Plantation, another assisted living facility owned by Huffman, in Surry County.

In 2008, the state Division of Health Service Regulation levied a $14,000 fine against Tara Plantation for failing “to ensure health care referral and follow-up for two residents: one who was administered the wrong medication; the other experiencing a skin breakdown.” The company paid $4,000 as part of a 2010 settlement that required Tara Plantation to provide training to its employees.

During the same year, the company received a $3.7 million loan from the Small Business Administration. The agency says loans like the one provided to Tara Plantation are designed to assist "small businesses that are unable to obtain financing in the private credit marketplace."

More fines were issued in 2012 when a resident with dementia was allegedly left unsupervised in the facility’s courtyard, and in 2013, when the company was accused of failing to implement new policies after a resident suffered “multiple falls which resulted in injuries and bruises.” Both cases were successfully appealed by Tara Plantation, according to information from the Division of Health Service Regulation.

A 2014 inspection by the division rated Tara Plantation as a three-star facility, with six demerits based on citations for “noncompliance with the rules related to resident care and services.”

The poor physical conditions at Tara Plantation have been documented in visitation reports from the Moore County Nursing and Adult Care Home Community Advisory Committee. The committee is made up of volunteers and does not have regulatory  power.

In the quarterly report for July, visiting committee members wrote that “several (residents) were unkempt and looked dirty” and there were “odors throughout the entire facility.” The report described the building’s carpet as “frayed, torn and could be a hazard for walkers” and “badly stained, with several new areas of urine stains.”

In October, a committee member observed an “unpleasant odor” in the facility’s memory unit and described the carpet as “dirty and buckling.” The building’s roof was leaking, fruit was not being offered to residents and employees were not wearing name tags, the report said.

The division’s report marks the second time Tara Plantation has been roiled by allegations of drug diversion. In 2007, the Carthage Police Department charged five employees, including the then-director and three supervisors, with various drug-related offenses after controlled substances went missing from the facility.

The charges against the employees were later dismissed, according to information from the Moore County Clerk of Court’s Office.

In response to the most recent drug-related findings, the state has ordered all employees with access to medication at Tara Plantation to be tested for controlled substances. The assisted living center has until Monday to send the test results to the state.