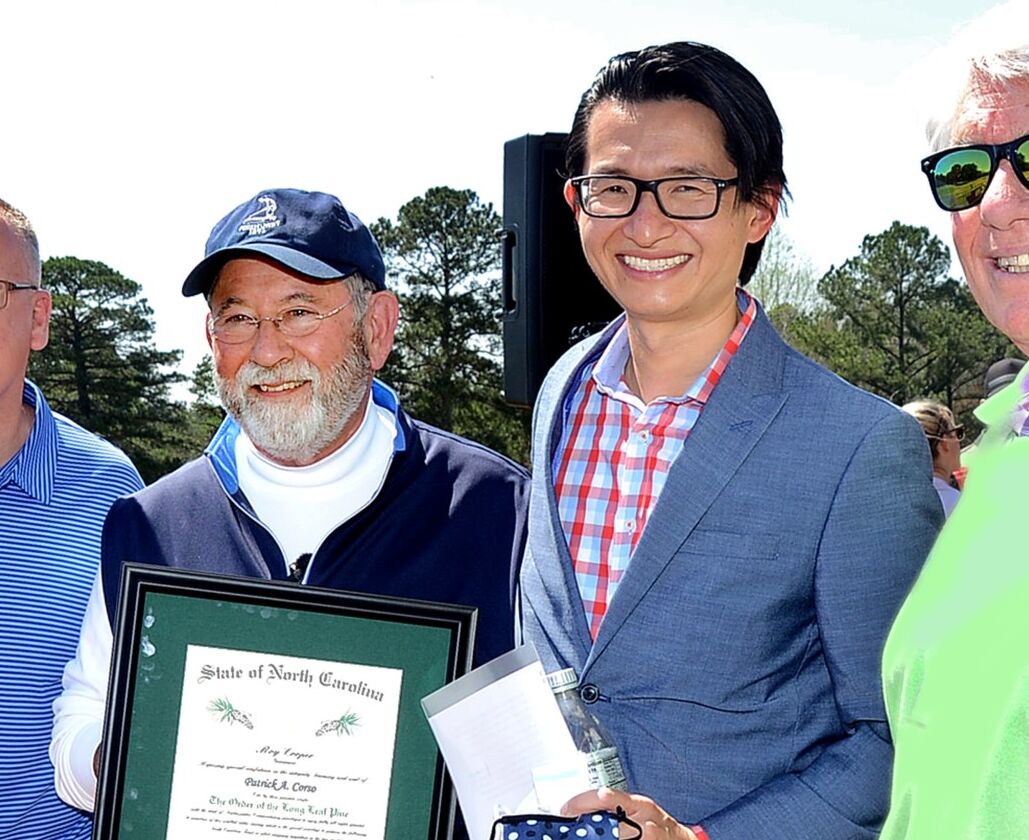 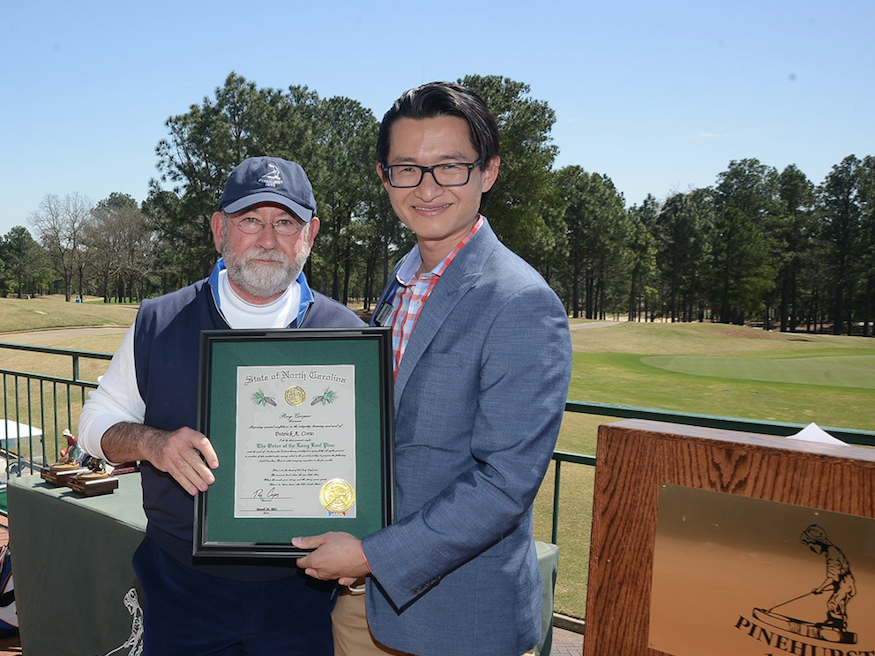 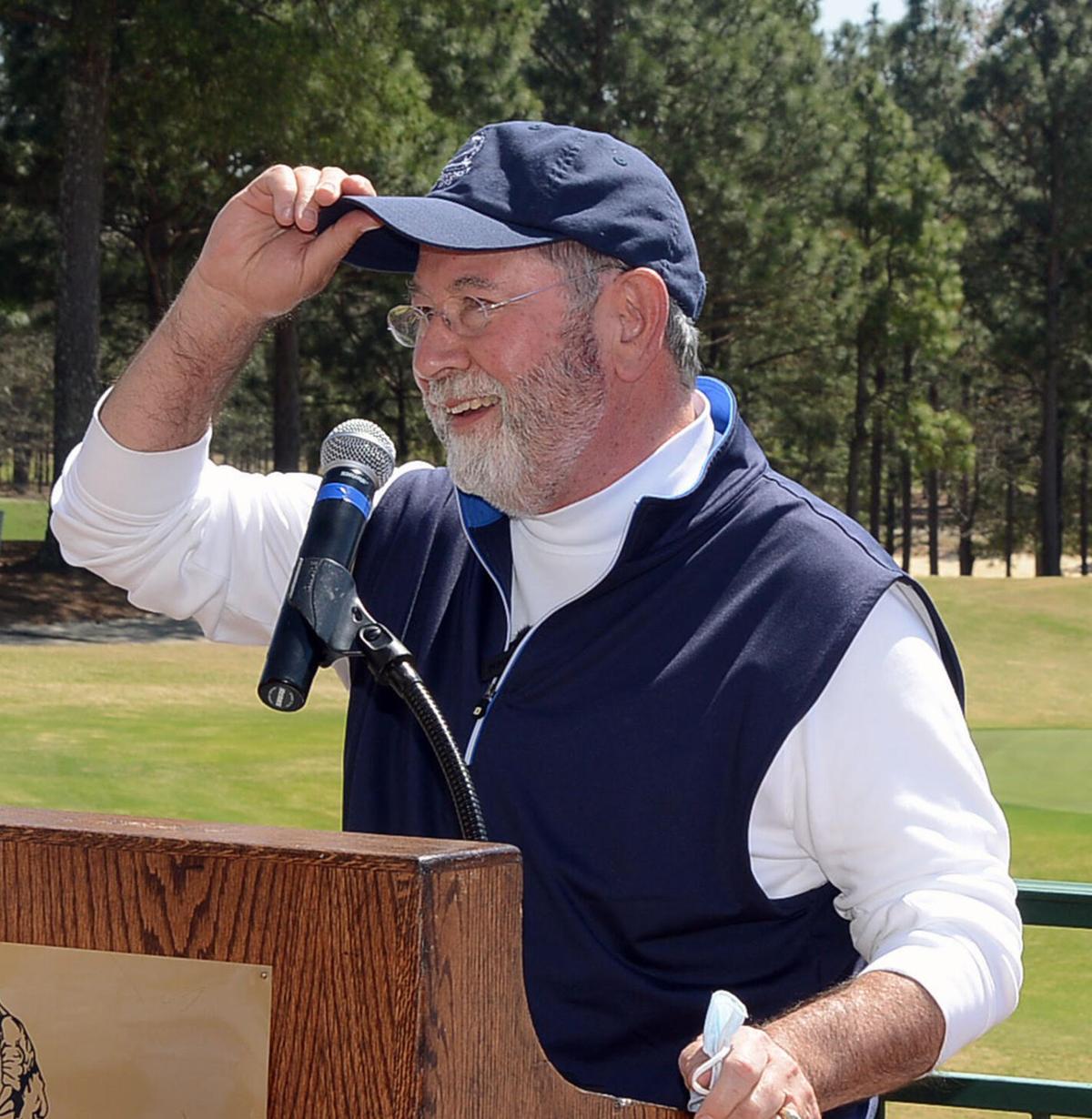 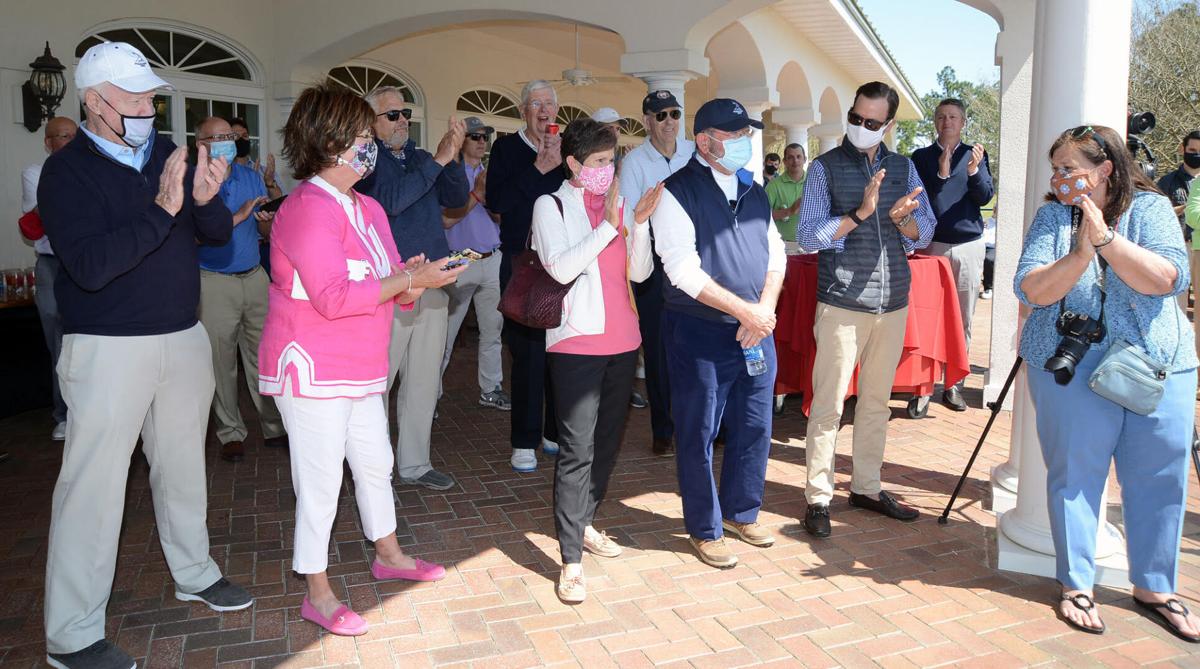 Pat Corso's family, elected officials and business leaders offer a round of applause at the surprise presentation on Tuesday. Corso was awarded the Order of the Long Leaf Pine, the most prestigious awards presented by the Governor of North Carolina. Ted Fitzgerald/The Pilot 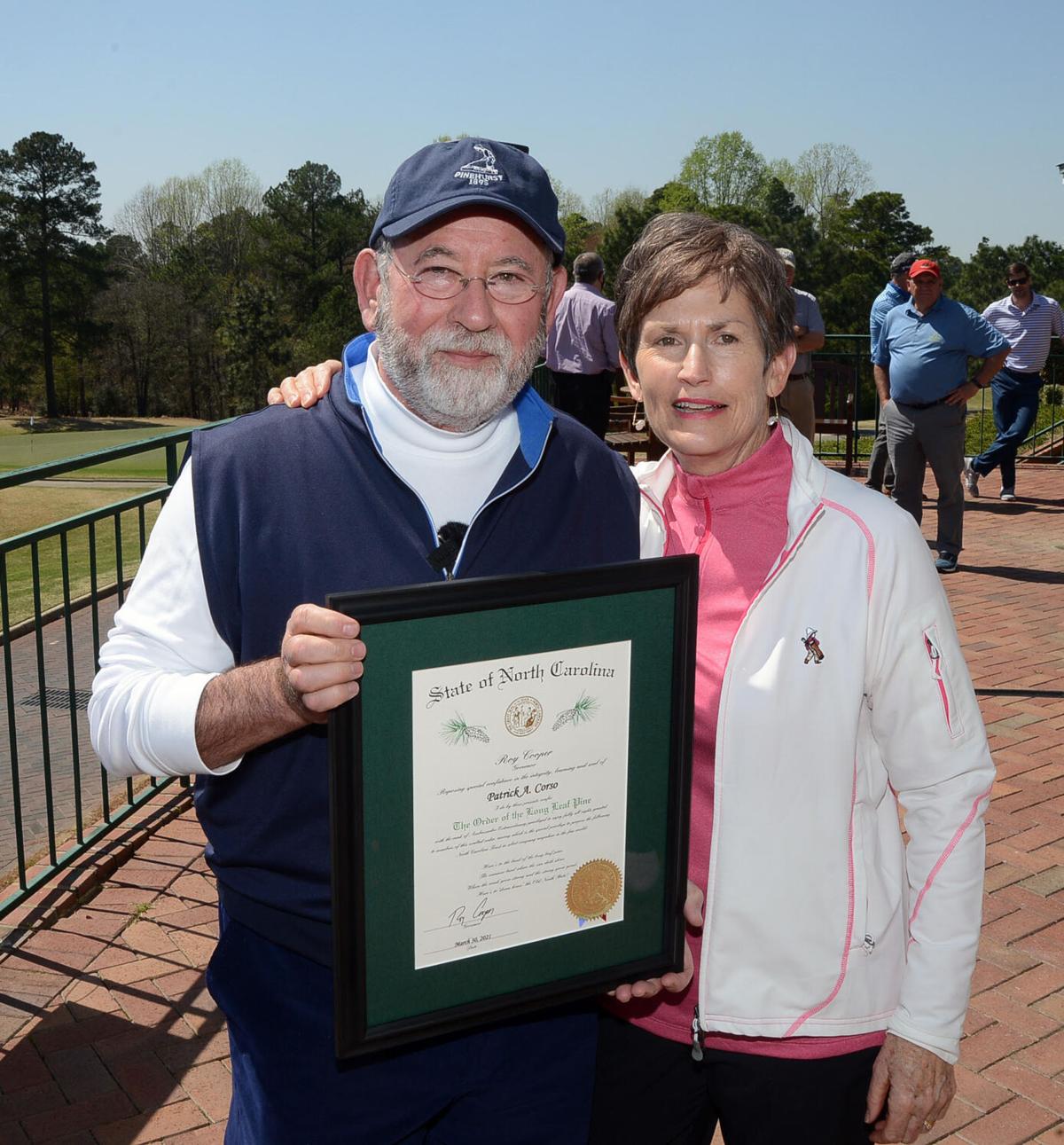 Pat Corso, one of the most prominent leaders in Moore County’s business community for almost 40 years, was awarded the state’s most prestigious honor Tuesday.

Corso was presented with the Order of the Long Leaf Pine, conferred by the Governor of North Carolina, on Tuesday afternoon. The honor recognized his service and accomplishments to the state and the Sandhills for the last 35 years.

Chung described Corso as a "true public servant. A person who, as he approaches his pending retirement, makes us all realize what it takes to lead a community to greatness."

Corso arrived in Pinehurst in 1986 and served as the general manager of the Holly Inn. For 17 years, he guided the renaissance of the Pinehurst Resort to its return to glory, including the world and state rankings of Pinehurst’s “crown jewel” No. 2 as the top-rated golf course in North Carolina.

Corso respected the “creed of amateur golf” born in Pinehurst and pinned by Richard Tufts, but was also the leading advocate of the return of professional golf tournaments and championships to the fairways of Pinehurst. His well-respected relationships with international golf industry leaders led to Pinehurst hosting more individual golf championships than any golf course in the world. Corso was also a leading catalyst behind the unprecedented affiliation with New Jersey-based United States Golf Association (USGA).

The budding relationship between Pinehurst Resort and the USGA resulted in millions of dollars in economic impact for the community and the state of North Carolina.

“Pat was dedicated to preserving the history and traditions that make Pinehurst so special,“ said Pinehurst President Tom Pashley. “He used the term ‘historicity’ often when he would speak about the Resort and community, living our history each and every day. His passion, determination and drive were, and still to this day are, second to none.”

Corso, along with the late Robert Dedman Sr., was responsible for the creation of the Boys & Girls Club of the Sandhills, benefitting thousands of area kids since its inception. He was responsible, in partnership with the Moore County Board of Commissioners, for the organization of the area Convention & Visitors Bureau and has also been a champion for Moore County Schools for many years.

In 2011, Corso was named Executive Director for Moore County Economic Development/Partners in Progress, extending his passion for the community at large.

His focus was to drive new business to Moore County and to North Carolina. He influenced the location of the world headquarters for Golf Pride and the U.S. Kids Golf Foundation and their thriving World Championships program. Along with the newly announced satellite headquarters for the USGA, many local economic success stories can be credited to Corso because of his determined efforts on behalf of the community he has grown to love.

Chung said USGA's Golf House Pinehurst and the organization's decision to plant such important roots in the community that epitomizes American Golf was an outcome "in large part owed to Pat's decade of work to help shape and grow the local economy."

He added that Corso never for a moment rested on his accolades or laurels.

"He has been a successful small business owner himself, and he understands the continuous improvement necessary to do well -- and do good -- in today's ever-changing business environment," said Chung.

Earlier this year, Corso announced that he would be retiring at the end of May.

“Pat is well-known throughout the state of North Carolina and is highly respected for his vision and the vigor with which he pursues his vision,” said attorney John May, Board Chair for Partners in Progress. “His professional accomplishments are significant. I know of no other person residing in Moore County that has done more for the community, the Sandhills and the State than Pat.”

Upon being named to The Order of the Long Leaf Pine, the honoree receives a certificate signed by the governor.

“I am truly humbled and honored to receive the Order of the Long Leaf Pine award from Governor Cooper,” remarked Corso. “It has been a privilege to be part of this wonderful community in North Carolina and I take great pride in calling Pinehurst, my home. Moments like these remind me why it is and always will be a beautiful day in Pinehurst.”