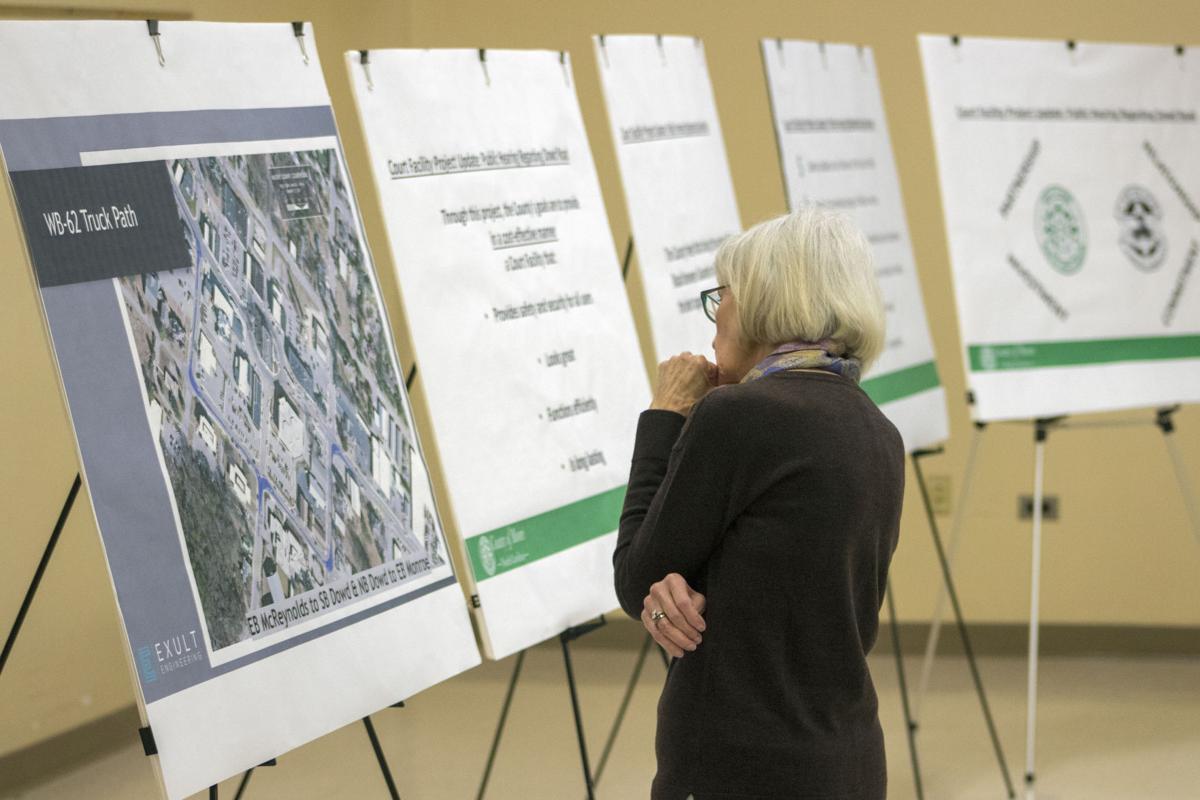 A woman views plans for a proposed expansion of the county courthouse during a public hearing in Carthage on Feb. 11, 2020. 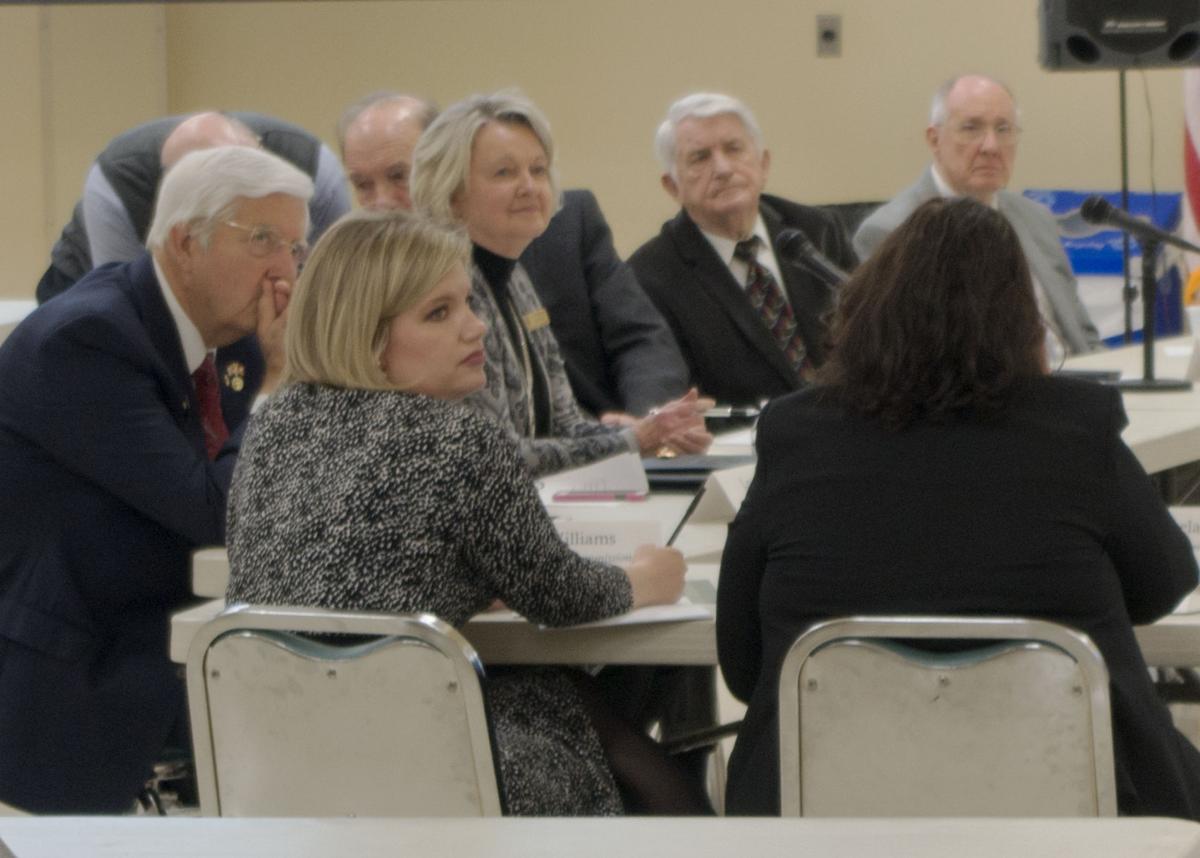 County commissioners listen to comments from a resident during a public hearing in Carthage on Feb. 11, 2020.

The Carthage Board of Commissioners is expected to vote Monday on a proposal to close a block of Dowd Road, clearing the way for a planned expansion of the Moore County Courthouse.

Town leaders joined the Moore County Board of Commissioners on Tuesday for a public hearing about the project. When the closure was first presented to the town for approval last year, several Carthage commissioners worried that shuttering a section of Dowd Road would lead to increased traffic congestion, among other issues.

But Wayne Vest, the county manager, said findings from a traffic study indicate the closure will have “minimal impact” on congestion in downtown Carthage. Additionally, he said, closing the section of Dowd Road would eliminate a so-called “vehicle-pedestrian conflict point,” potentially improving safety for people walking to and from the courts facility.

While town commissioners now appear to support the proposal, some residents are unconvinced. Addressing the town and county boards during the public hearing, Bert Patrick said she has received multiple phone calls from fellow residents who are "concerned about the county building yet another monstrosity in this small historic town."

"We have not felt very loved by Moore County government,” said Patrick, a member of the Carthage Historical Committee and a longtime resident of Sunset Drive. “We have felt used, we have felt abused, we have felt no consideration was made as to what was good for the town.”

Roland Gilliam, owner of Gilliam-McConnell Airfield, said he worries the influx of construction vehicles will cause traffic issues while the project is underway. The expansion is expected to take about two years to complete.

Other residents voiced concerns about the project contributing to the current scarcity of parking in downtown Carthage. Vest said the county hopes to address that issue by demolishing the nearby Fred’s building, which would free up land to create “50-something spaces.”

"We anticipate gaining more parking spaces than we would lose," Vest said.

Jamie Davis, who lives across the street from the Rick Rhyne Public Safety Center, voiced support for the closure.

"I'll be honest, I'm for it,” he said. “It's going to cut down on the possibility of accidents. I was in an accident a couple years ago, so I can speak to that from experience."

The Moore County courthouse opened in 1979 to replace the old courts facility, which still sits in the middle of downtown Carthage. For the past few years, the county has been under increasing pressure from the state judicial system to replace or expand the current facility.

But county commissioners have said they do not wish to move forward without the town’s blessing. Following the public hearing, Carthage manager Tom Robinson said he expects the commissioners to give an official decision during Monday’s board meeting, which begins 6:30 p.m. at the McDonald Building on McReynolds Street.

A few hours before town leaders convene, the Moore County Board of Commissioners will hold a specially called meeting to discuss the project’s traffic pattern.

The town board can give blessings to NOT taking the road and STILL have the courthouse. Come on people. Don't cave to this. Save some big money and it still gets built.