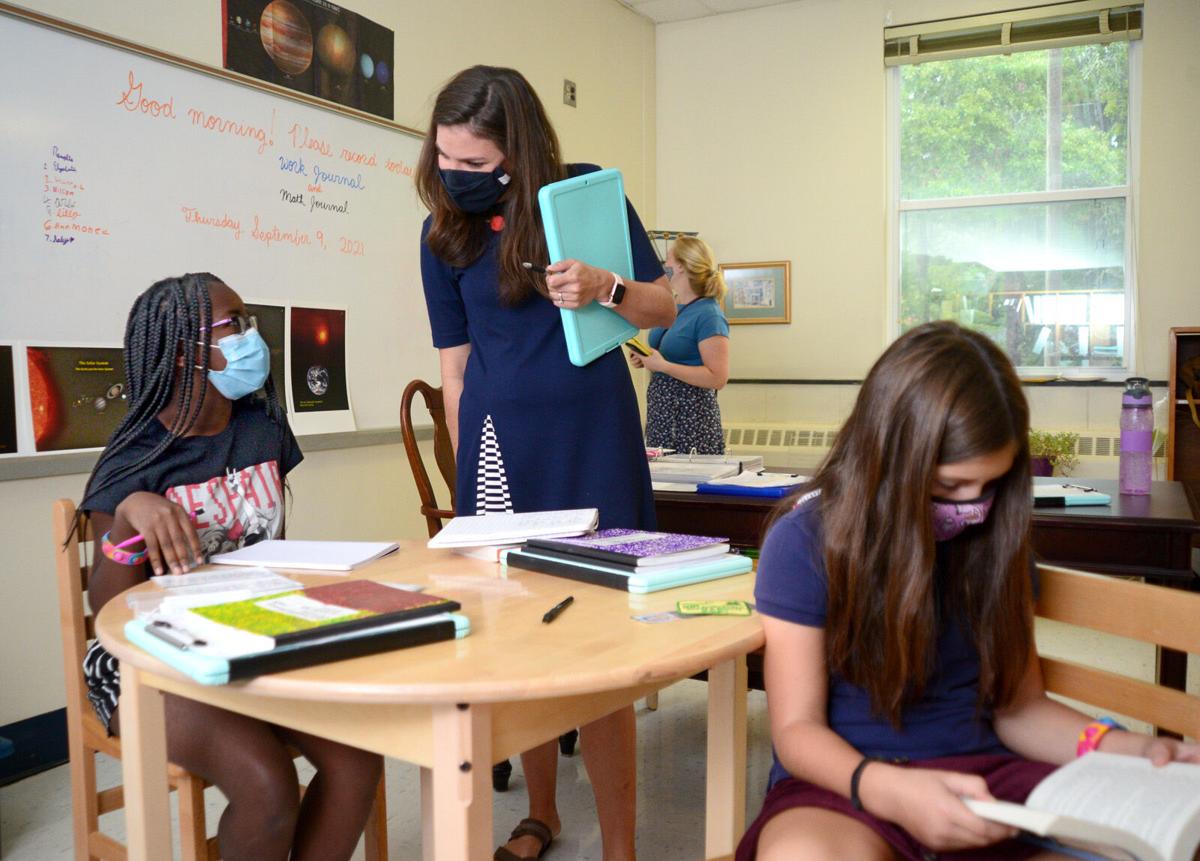 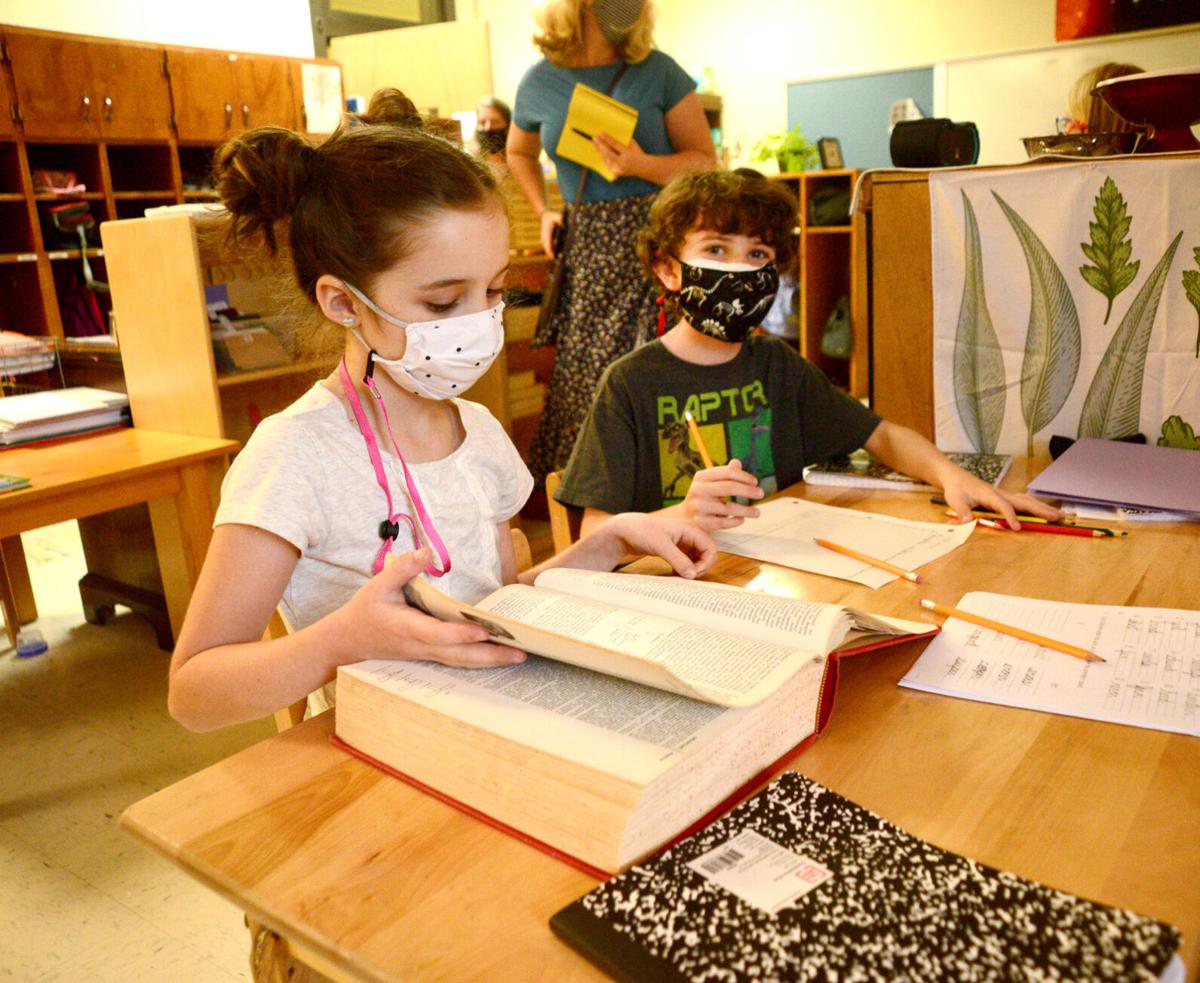 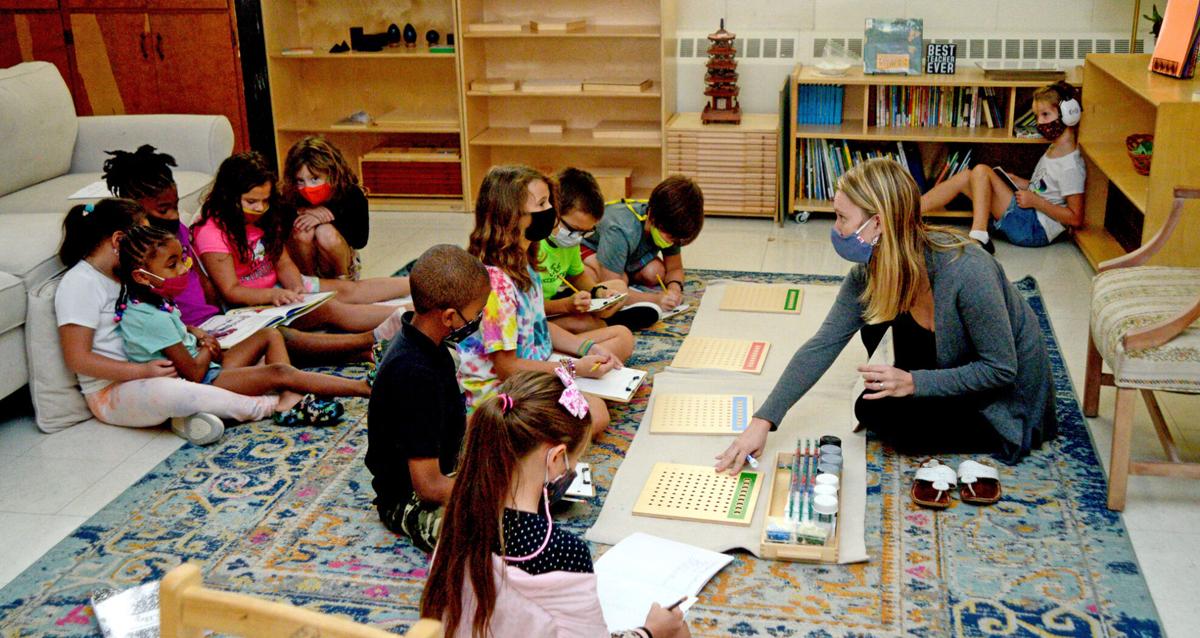 After a move across town to the former Southern Pines Elementary campus, the school known as Moore Montessori Community School is settling into a fuller embrace of the third word in its name.

School founder and Head of School Katherine Rucker and her staff built a community of families and teachers right off the mark when they first welcomed students in the fall of 2018. Micro-communities of learning soon formed in each classroom, with each student following individual paths of discovery in the Montessori style of cooperation and collaboration with their classmates.

Now, among May Street churches and the stately homes of Weymouth Heights, Moore Montessori — the newest public charter school in the county — is growing into a physical sense of community as well.

“Never in my wildest dreams did I think that we would be on this campus. I think it is the most beautiful campus in the county. I really do,” Rucker said.

“It has distinctive architectural features, it has incredible bones, it has a really thoughtful layout. We’re working with different experts in the state and we are finding out more and more about the architects who originally built this space.”

If that sounds like an effusive description for a property that the Moore County Board of Education declared surplus in favor of an entirely new campus on Carlisle Street, compare it to the place Moore Montessori started.

The school was first established in leased premises on West Pennsylvania Avenue. That facility offered about 10 classrooms and 25 parking spaces’ worth of blacktop that served for a playground, basketball court and picnic area.

Rucker attended the old Southern Pines school, as did several members of Moore Montessori’s staff, in grades four through eight. So in April 2020, a few months after the school board voted to move toward selling the campus, Moore Montessori offered to buy it.

A year of negotiations later, the charter school had a new home — complete with two historic classroom buildings, an auditorium, gymnasium and athletic field — for the price of $1.6 million. That isn’t to say that the buildings don’t need work. Renovations on the L-shaped classroom building to the rear of the campus will get underway this fall with restoration of the slate roof.

Moore Montessori, as a charter school, qualified as a government entity to buy the old campus in a noncompetitive process. The school board ultimately agreed to that sale instead of allowing the school to potentially be sold for residential development to the highest bidder.

“When we started, the first step was to open a public Montessori school. As soon as we got in, the board said ‘okay we’re in, we can only be in this building for three years, we need to find a permanent campus.’ That aligned beautifully the surplus sale of the four campuses,” Rucker said.

“Once everyone saw that it was a win-win for everyone we got incredible support from the community.”

Getting the school’s materials and furniture across town took another community effort: accomplished between teachers, families, volunteers and borrowed horse trailers.

In the main building, the school found large classrooms already well-suited for the multiple learning activities that take place in them — usually all at the same time.

One goal of Montessori education in early childhood is to develop students’ intrinsic motivation to learn. Cultivating and following individual interests rarely looks the same from child to child, so a classroom of 25 students or so can appear chaotic at first glance. But so can accessing the world of knowledge and making sense of it, as students are encouraged to do on their own terms.

A lead teacher, referred to in the Montessori world as a guide, might be helping four or five children to deconstruct a long division problem using math beads that model units of tens, hundreds and thousands. At the same time, under the loose supervision of an assistant teacher, another student will be pinning national flags into an unlabeled map of Africa or Asia or feeding the class pet while three other children discuss a book on marine life.

“The children are doing something different, there’s not a teacher standing in front of the class teaching one thing,” said Markisha Young, Moore Montessori’s assistant head of school.

“Everyone is focused on their own learning, and I think there are opportunities for the community to bring what they want here and for us to build something special and really incredible.”

Classes are organized in three-year age groups, with 3-year-old preschoolers in the same room as kindergarten students and first grade through third comprising a Lower Elementary class. That structure offers students the continuity of keeping the same teacher for three years, assuming there isn’t much staff turnover. So far, Rucker says there hasn’t been.

Instead, Montessori-trained educators with connections to Southern Pines have come out of the woodwork to take on teaching roles at Moore Montessori. Rucker said that 80 percent of her lead teachers relocated to work there.

“What is so thrilling is that we have families and students who love our school and we are also able to recruit, nationally, Montessori teacher talent,” she said. “ We’ve had two people move from overseas to return home. They were U.S. citizens but they came from Saipan and Mexico to Southern Pines to help open the school.”

Currently the school has approval from the state to teach through sixth grade, which it will add next year. The board is now considering applying to extend that to eighth grade.

This year Moore Montessori enrolls 185 students in kindergarten through fifth grade, along with 30 paying preschool students.

It’s now working toward several partnerships with community organizations for the use of its “new” facilities beyond immediate school activities. Reintroducing residents to the old school ties in with the early stages of a planned capital campaign to fund campus-wide renovations.

More education choice for parents and educators is good. A rising tide raises all ships.