Log In Sign Up
You are the owner of this article.
Edit Article Add New Article
You have permission to edit this article.
Edit
Home
Subscribe!
News
Pets
Opinion
Obituaries
e-Edition
Classifieds
Directories
Jobs
TicketMeSandhills
The Country Bookshop
Newsletters
Contests
1 of 3 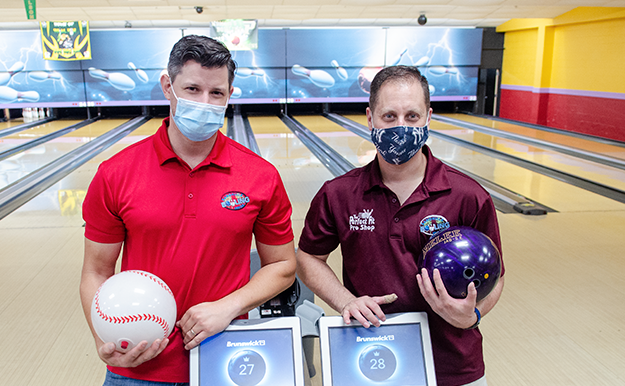 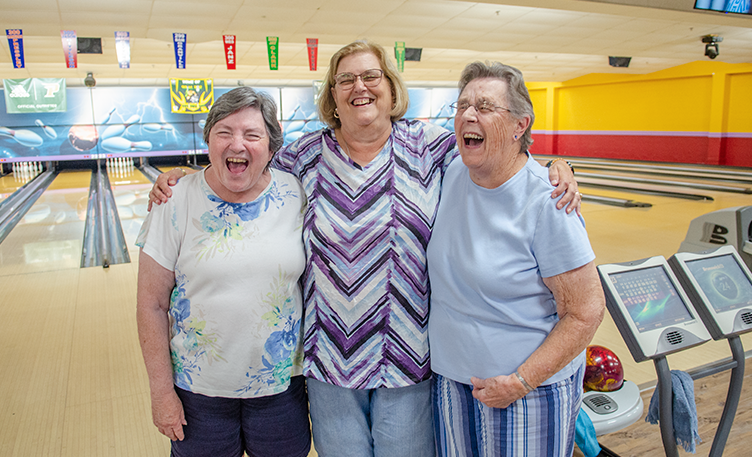 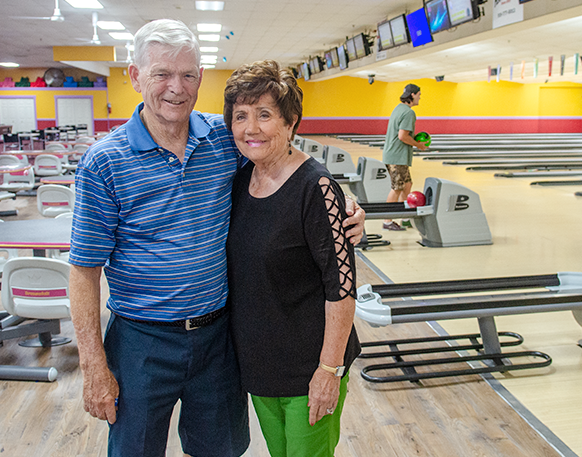 Gene and Venetia B. Day visited Sandhills Bowling Center on Thursday, July 9, during the one week the facility was able to open since mid-March. Abbi Overfelt/The Pilot

One week after a Superior Court ruling allowed Sandhills Bowling Center in Aberdeen to reopen, the facility was shuttered again.

“It is back to the grind. We will see if the business can survive being closed for six months,” said Sandhills Bowling Center co-owner Bill DeCicco, noting the court hearing is tentatively scheduled Aug. 29.

“Business had been slow this week but that is better than zero. And everyone coming in was wonderful and were following the rules. We had not heard a single complaint about cleanliness or social distancing.”

"Now we are in the danger zone."

Bowling alleys were shuttered along with indoor dining in mid-March as part of a statewide effort to slow the spread of COVID-19.

Sandhills Bowling Center and other members of the Bowling Proprietors Association of the Carolinas and Georgia mounted a legal challenge following the modified reopening plan announced under Phase 2.

Judge Gale’s ruling allowed members of the bowling association to reopen under strict guidelines that limited total capacity, every other lane was closed off, and everyone over the age of two was required to wear a mask, except when bowlers were at their own lane.

When players were finished, they would simple leave everything in the lane.

“Staff will go out with a cleaning trolley and clean the rental shoes, balls and every single point of contact that people may have touched," DeCicco said.

The center’s operating hours are also running on a modified schedule, a decision he said had more to do with staffing woes than cleaning needs.

“We were closed 115 days and because of the timing of all of this, we lost the last six to eight weeks of league play too,” DeCicco said, noting he was forced to furlough 21 of his mostly part-time employees.

“That hurt, big time. It was a lot of lost revenue,”

DeCicco comes from a bowling dynasty of sorts. Originally from Long Island, his family owned four bowling centers and operated six before they sold their interests and moved to North Carolina.

The two lifelong friends purchased the Sandhills Bowling Center four years ago and took on what could best be described as a 28,000 square foot fixer-upper.

The interior has been repainted, new flooring, ceiling fans and furniture installed, light fixtures were upgraded to 100 percent LED, they’ve put down new bowling lanes and gutters, and replaced every single bowling pin — more than 1,000 of them.

When they announced the initial reopening, DeCicco and Krauss said they received only positive feedback.

“We understand some people aren’t ready or willing to go bowling. We completely understand and respect that,” DeCicco said. “But when they are ready to come out, we want them to know we are ready, we are clean, and we are safe.”

“Before this, we were doing great,” he said. “This community has done nothing but support us. We genuinely appreciate that support. Everyone has been amazing to us and our families. That has motivated us to do better.”

Really, promoting anarchy on The Pilot? It's because of you we won't get the country to re-open. You demand the country to reopen without being willing to do the work that's needed to make that happen. I hope you won't be as remorseful as that kid who thought this was all a hoax, went to a party, contracted the virus, ended up in the hospital and his last words to the nurse were "I think I made a mistake" before he died. Your ignorance and stupidity are beyond comprehension.

Read Shutdown’s edict: social distancing OR masks. Not AND. Masks are for sick people. I’m healthy. But I don’t mind if people wear masks in my presence if it gives them a sense of security. They can carry a teddy bear if they want to. From what I see, the Anti Mask League is large and full of happy people.

Sally, you've asked Kent the rhetorical question: "Do you actually think these national news sources are somehow collaborating to give you news you don't agree with?"

Yes Sally, he does. He's told us, for example, that "Climate Change" is a fiction. Created by China for the sole purpose of destroying the U.S. economy. Somehow China has convinced several thousand scientists from all over the world to participate in this "hoax", to paraphrase Trump. If you believe this is true, then believing that "mainstream media", bureaucrats, the Deep State, and liberals, are all coordinating their activities from moment to moment all to really annoy Kent, and his radical libertarian, fundamentalist christian, Southern chauvinist, white supremacist, and QAnon, buddies. It's sad, but there it is, "white resentment" all wrapped up neatly in the body of Kent Misegades.

It feels like the more Kent spews fake news the more frantic he's becoming realizing his cult leader is starting to tumble. He insists his extreme undocumented ideas are true but never backs them up. Too bad the Pilot doesn't require links for factual statements.

The Pilot also told him that his racist posts would be deleted, i.e. "Wuhan Flu" but they've backed down to him. Shame on them too.

Where is the link so we can all see it?

Kent can rage all he wants. Figure after figure after figure regarding Covid-19 and the steps governments have at the Federal, State, and Local level. There is one figure he NEVER mentions. The deaths attributed to Covid-19, nearly 140,000 to date and it is almost certain to increase to more than 200,000 within a few months, if not sooner. He's fond of telling us that Covid-19 is really not much different from the annual flu. He's wrong, and he knows it. Here are some facts, Kent loves to tell us his rants are truthful (which they are not):

"While the impact of flu varies, it places a substantial burden on the health of people in the United States each year. CDC estimates that influenza has resulted in between 9 million – 45 million illnesses, between 140,000 – 810,000 hospitalizations and between 12,000 – 61,000 deaths annually since 2010."

But there is one critical bottom line regarding Kent's priorities, he doesn't care how many people die, which he demonstrates every time he mingles with other people and refuses to wear a mask because doing so reduces his "freedom." And his "freedom" in this regard is much more important than other people's lives What a great Christian is our Kent.

I was sorry to see that they had to close again after all the work they did to make it a place that conformed to directives, and actually gave folks a chance to do something. I guess they'd have to take the roof off the place and be outside for it. I'm not echoing Kent M's sentiment, I just think that from some of the stores I have been in in my once a week journey out to get supplies, that what they created at the bowling alley is a lot safer than most big stores. I suspect they intended to fully require masking for everything except when in own lane and you can easily drop the mask to bowl, then put it back up to sit. I don't think it's going to turn into a late night bar (which some open restaurants do) ...just a place for a little family fun, or a chance for folks who have enjoyed bowling together before to see each other again if they feel it is safe to do so.

No masks + no social distancing + crowds + reopening too soon + "won't do" people like Kent spreading misinformation = rampant increase in Covid-19 & a lot of sick people.

"Not misinformation but facts. You won’t find them through on CNN ABC CNS MSNBC PBS etc"

Kent, you must be going off the deep end. Do you actually think these national news sources are somehow collaborating to give you news you don't agree with?