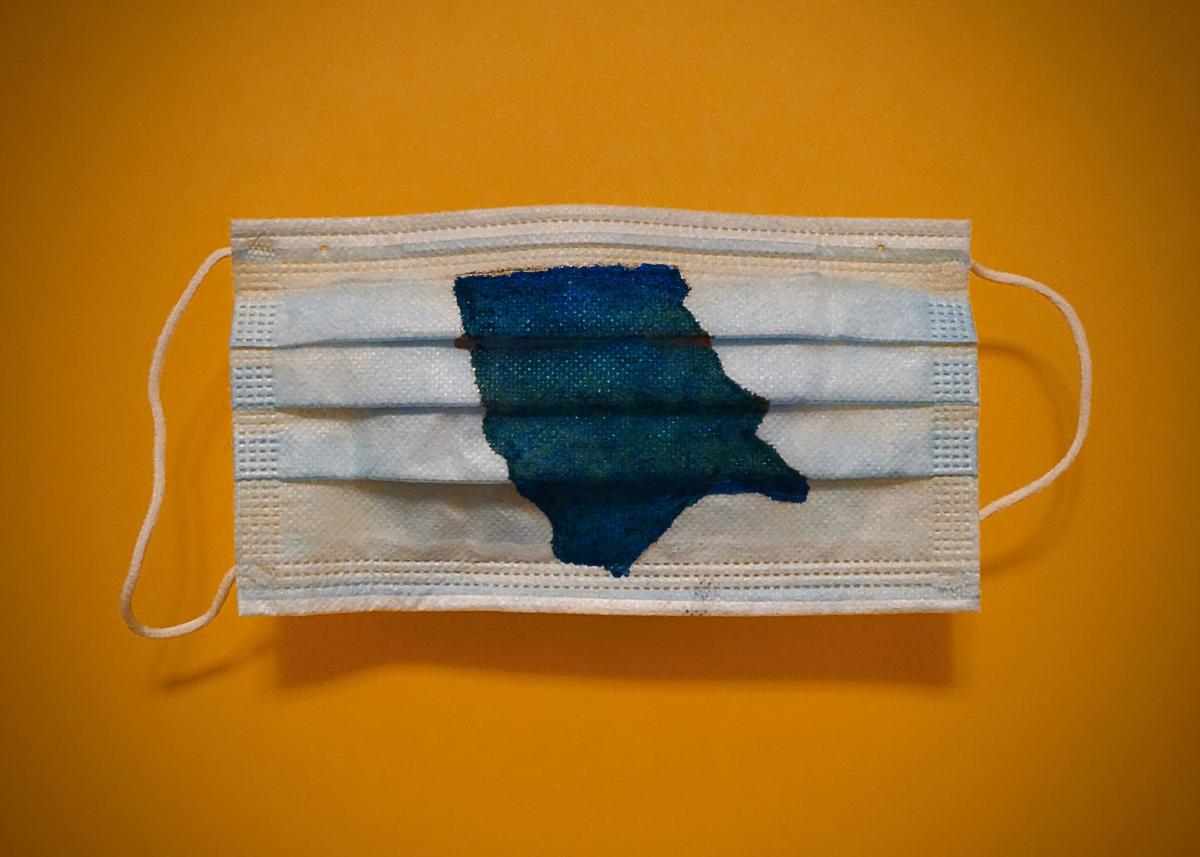 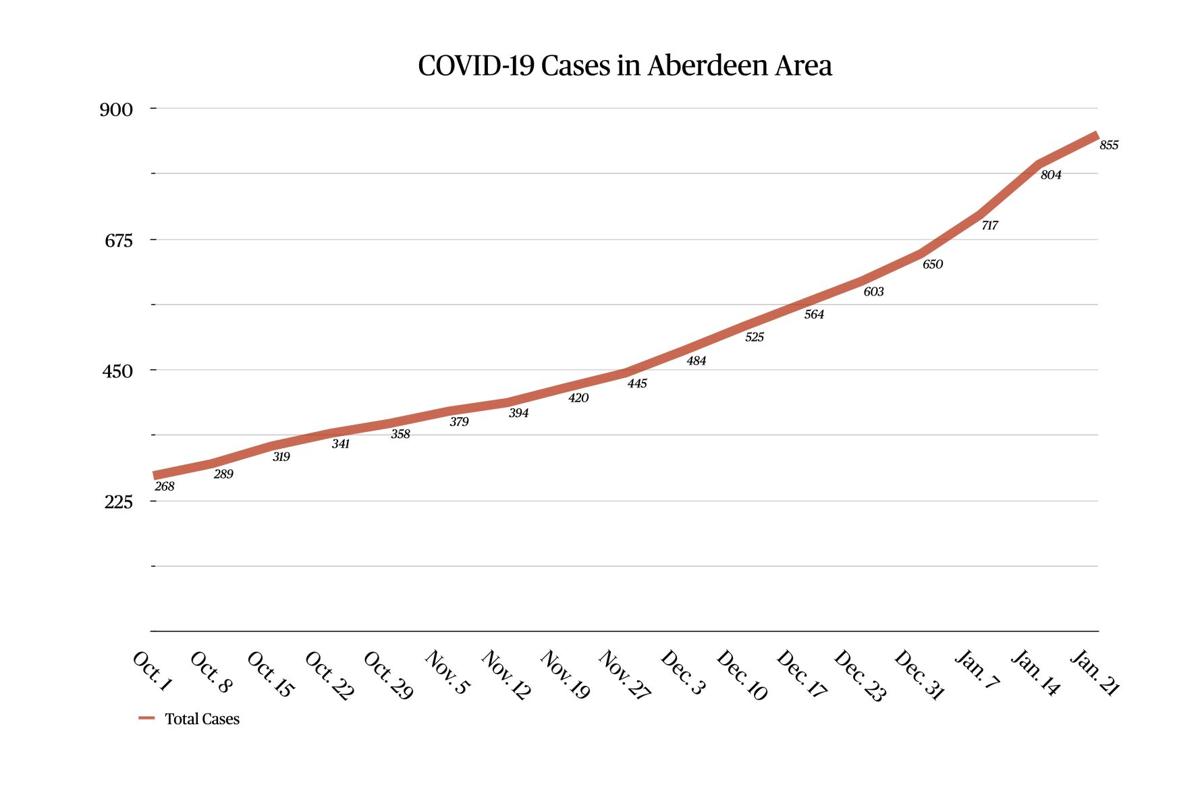 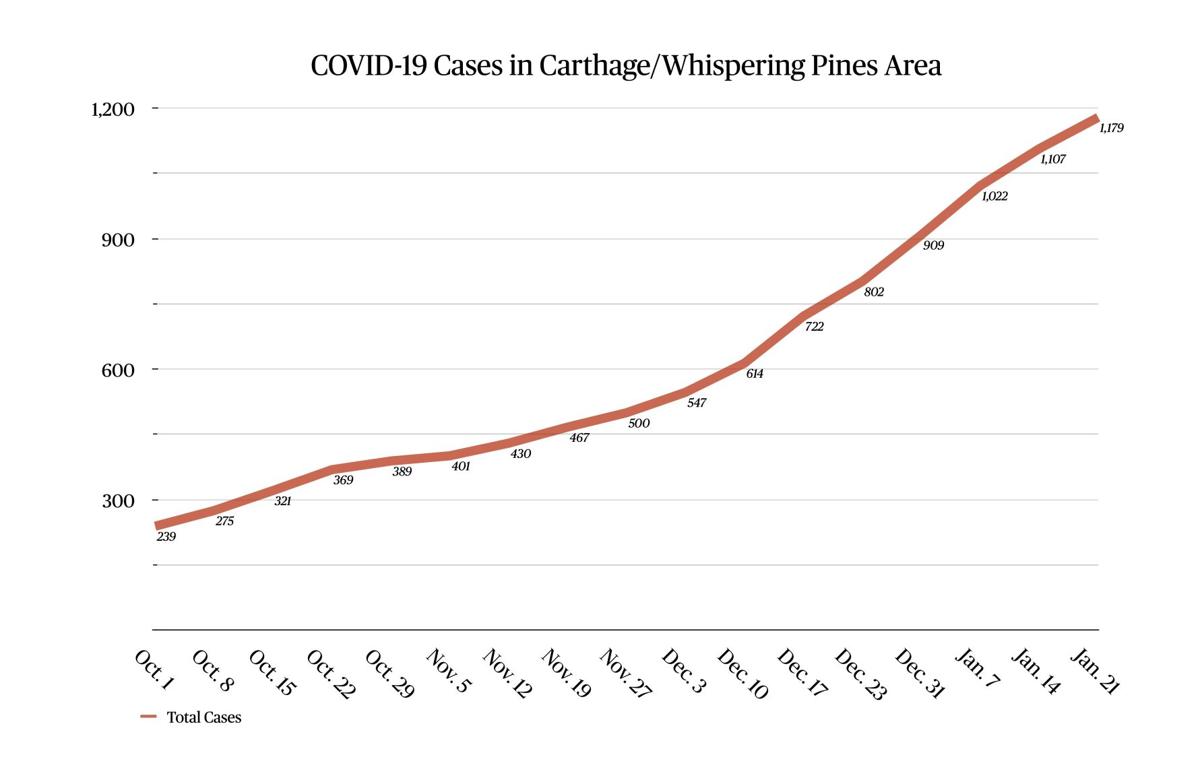 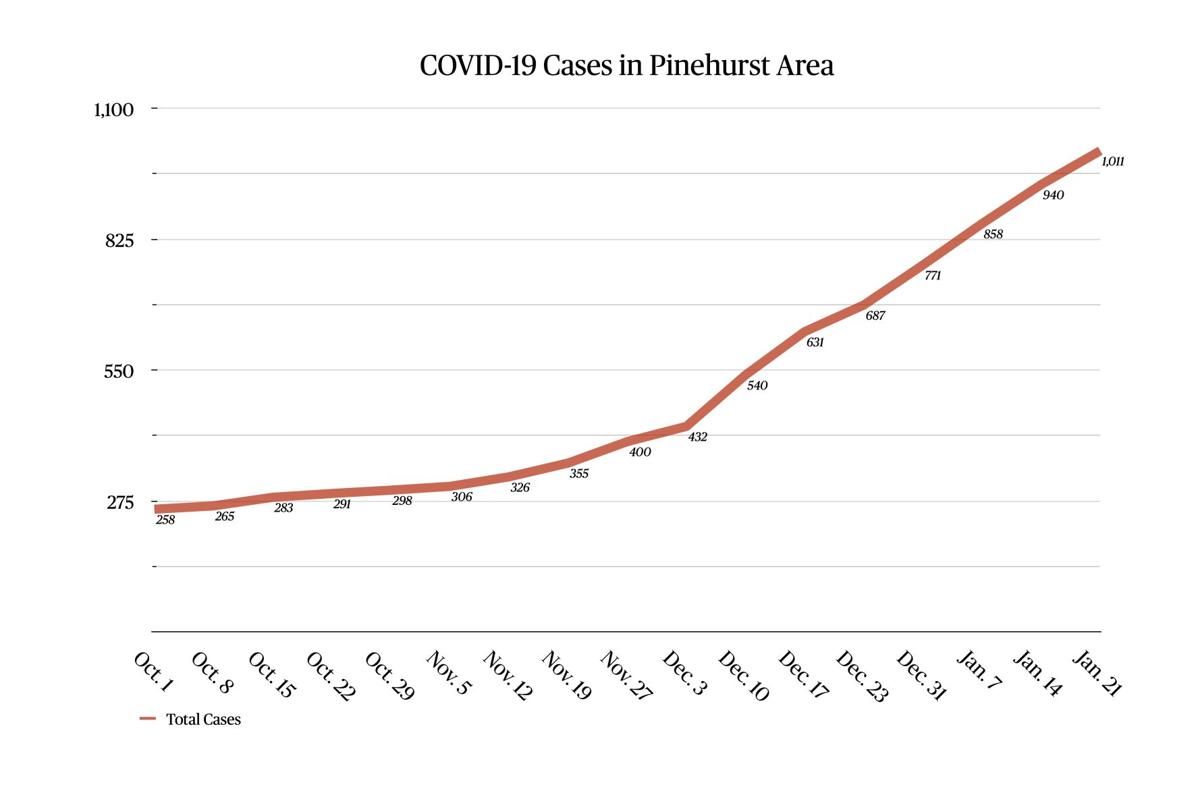 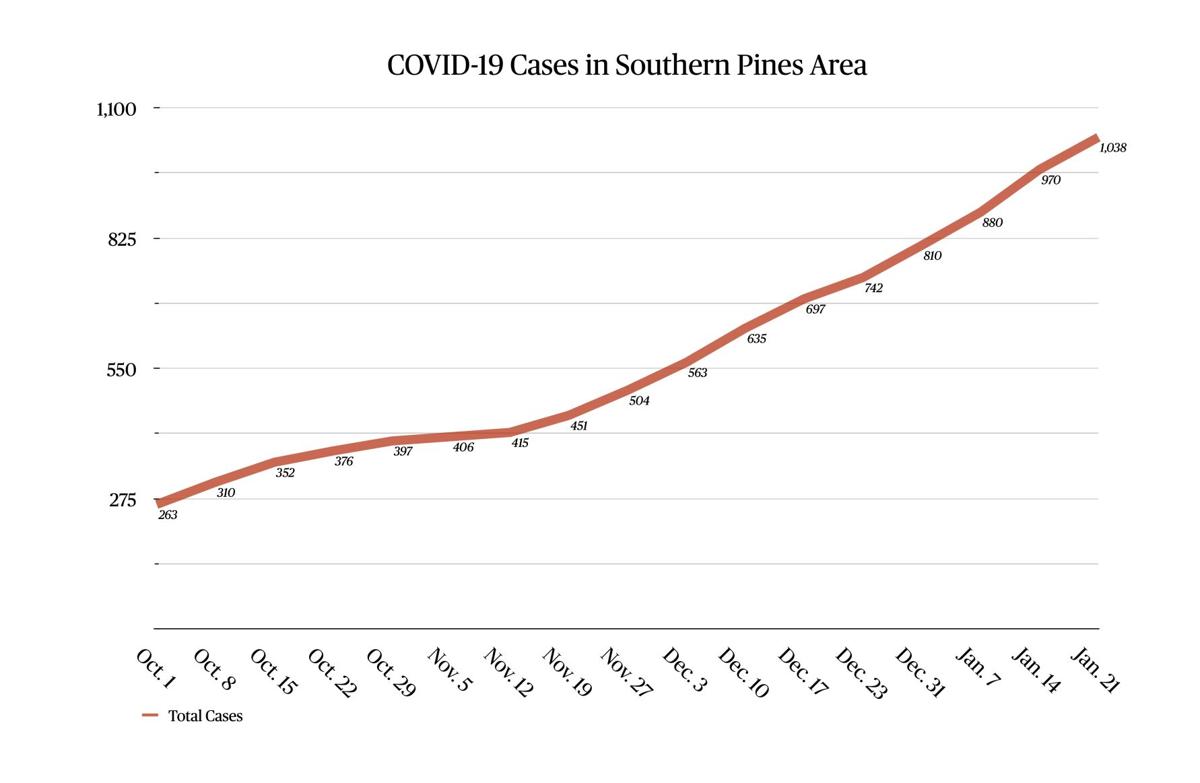 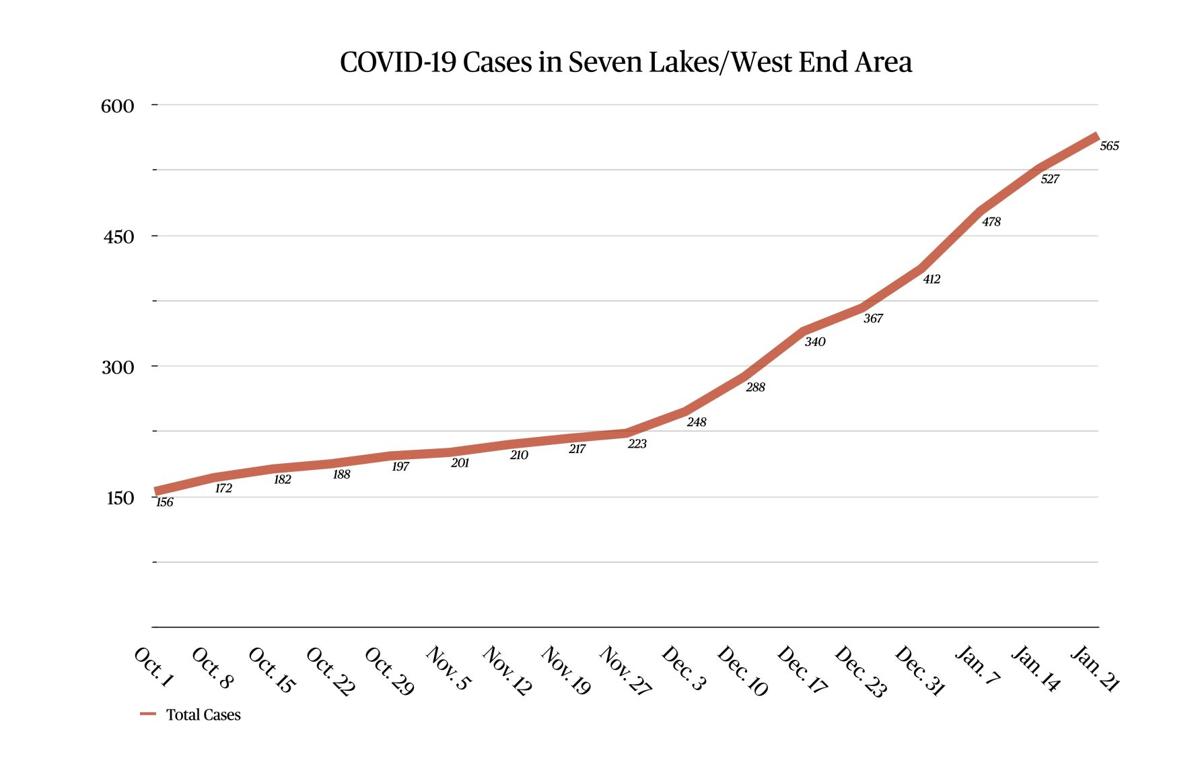 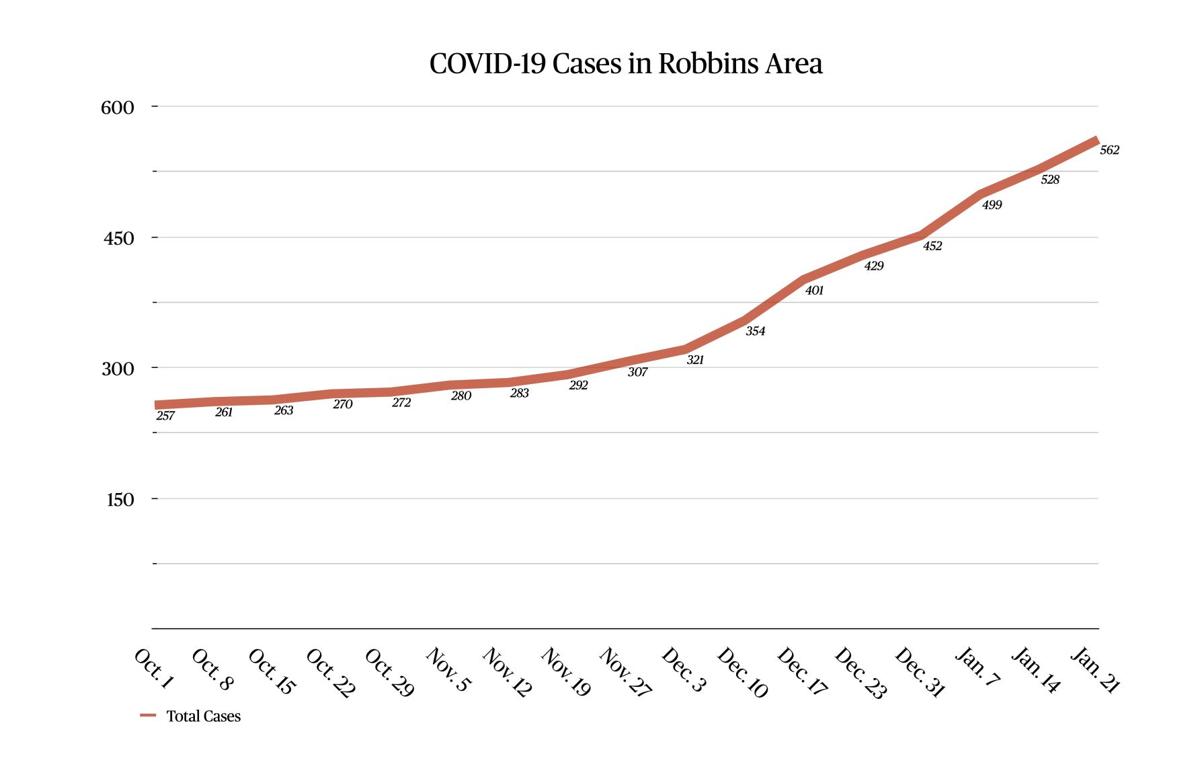 With the coronavirus continuing to spread at an elevated rate in Moore County, the local health department is ramping up its efforts to inoculate older adults.

On Wednesday, the agency expanded vaccinations to all adults aged 65 and older, a group that accounts for nearly a quarter of the county’s population. Matt Garner, public information officer for the health department, said it could take weeks to vaccinate all of the newly eligible residents.

“Our county makeup is very largely the 65-plus population,” Garner told county commissioners on Tuesday. “As a matter of fact, almost one in four of our residents is 65 years or older, so we’ve got our work cut out for us in addressing that population.”

To quicken the process, the health department is now offering shots at the Moore County Agricultural Center in Carthage. The center, which joins the health department’s neighboring office as a vaccination site, is expected to almost double the amount of vaccine administered during the agency’s four weekly clinics.

Addressing the commissioners, Robert Wittmann, director of the health department, said both facilities are equipped with backup generators, a feature that will prevent the vaccine from spoiling in the event of a power outage. The two sites, he said, are also climate-controlled.

“Because of the population we’re vaccinating, we would like to keep it in climate-controlled (buildings) so people aren’t waiting outside in the cold,” Wittmann said, referring to older adults. “I prefer keeping people in a safe and comfortable environment.”

Shots are available by appointment to eligible residents at both sites on Tuesdays, Wednesdays, Thursdays and Saturdays. This will continue “indefinitely,” according to Wittmann.

In order to receive an appointment, individuals must pre-register online at moorecountync.gov/shot. Pre-registration can also be completed by calling (910) 947-7468.

Commissioner Otis Ritter, 80, said he and his wife recently received the first dose of the two-shot vaccine at the health department. The experience, he said, went “so smoothly I couldn’t believe it.”

“I was a little bit apprehensive going there because I thought it was going to be chaotic and hectic, but I was wrong,” Ritter said. “I was walking out of there before I realized I was there to get vaccinated.”

Vaccinations are also underway at the Fair Barn in Pinehurst, where FirstHealth of the Carolinas is running clinics on Tuesdays and Wednesdays. Appointments are scheduled differently for these clinics, which are reserved for eligible residents whose primary care providers are based in Moore County.

Instead of pre-registering through a hotline or website, patients are being contacted directly by their providers to set up a time and date to be vaccinated. Garner said that FirstHealth plans to begin vaccinating individuals in the 65-to-74 age range after working through its list of older patients.

If people do not wish to wait for a call from their provider, they are free to pre-register with the health department. Eligible individuals whose primary care providers are located in other counties and older residents without health insurance must go through the health department for the time being.

Both vaccines currently authorized for emergency use by the Food and Drug Administration require two shots, administered weeks apart, to be fully effective. The state decides how many doses should be sent each week to local health departments, hospitals and other providers based on their “ability to reach prioritized populations,” according to DHHS.

“Our goal for vaccine providers is to use every first dose they have before the next shipment arrives each and every week,” Dr. Mandy Cohen, secretary of DHHS, said during a news conference on Thursday. “We will always have a supply of second doses on hand to ensure everyone gets both shots, but those first doses need to get off the shelf and given to people each and every week.”

DHHS said 7,130 people in Moore County had received the first shot as of Thursday, while the second dose had been administered to 959 residents.

A third vaccine candidate developed by Johnson & Johnson would require only one dose and would not need to be kept at ultra-cold temperatures like the currently available vaccines from Pfizer and Moderna. Clinical trial results for that vaccine are expected to be released later this month.

While local coronavirus trends have improved in recent days, the county’s metrics remain among the worst recorded since the start of the pandemic.

The health department reported a seven-day rolling average of about 62 new infections on Thursday. The positivity rate for coronavirus testing in the county stood at 15.6 percent, more than three times the goal set by DHHS.

Over 6,400 cases of COVID-19, the disease caused by the virus, have been confirmed in Moore County since March 18, when a Southern Pines gynecologist became the first resident to test positive. About 1,530 of those cases, or 23 percent, were reported in the first three weeks of January alone.

“Early January wasn’t too kind when it came to COVID,” Garner said, adding that the county saw a “glut of cases early on this month.”

Garner said that the health department’s running estimate of so-called active infections peaked at 961 on Jan. 14. That milestone meant “roughly 1 percent of our population was under an isolation order,” he said.

Another record was set the following day, when DHHS reported outbreaks in 12 of the county’s nursing homes and assisted living communities. An outbreak is defined by the state at two or more active infections in a long-term care setting, though many of the local outbreaks have surpassed 100 cases.

During Tuesday’s meeting of the county commissioners, Wittmann warned of a burgeoning variant of the virus.

“There is a more easily spread strain of this virus that’s in our country now,” he said. “It has not appeared in North Carolina yet, but I imagine it’s just a matter of time.”

Wittmann said that while the new strain is more infectious, it does not appear to be more dangerous.

“The good news is the vaccines that we have, both the Moderna and the Pfizer, recognize (the new strain) and will produce antibodies to fight it,” he said.

Under the state’s rollout plan, the groups currently eligible for vaccination include health care workers, older adults and residents and staff members of long-term care facilities.

Next in line are frontline essential workers, a group that includes people working in schools, grocery stores, pharmacies, local governments and public safety.

After that, shots will be available to anyone age 16 to 64 with “high-risk medical conditions that increase risk of severe disease from COVID-19,” according to DHHS. Also included in this phase are inmates, people in “close group living settings” and essential workers who have yet to be vaccinated.

Citing guidance from the Centers for Disease Control and Prevention, DHHS defines essential workers as people in “transportation and logistics, water and wastewater, food service, shelter and housing (e.g., construction), finance (e.g., bank tellers), information technology and communications, energy, legal, media, public safety (e.g., engineers) and public health workers.” Following vaccination of these individuals, eligibility will be expanded to anyone else who wants to be vaccinated.

“The limited supply of vaccine means that many folks will have to wait before a vaccine is available for them,” Cohen said. “While vaccines will be the best way to stop this pandemic, it’ll still be several months until most people will have a chance to be vaccinated.”

Residents should avoid scams promising a faster path to vaccination, according to the local health department. Writing in a news release, the agency said that scammers are “taking advantage and using the vaccine rollout to swindle money and information from unsuspecting victims.”

“If someone claims they can get you a special vaccine deal, move you up a priority list or get you the vaccine under the table, it’s a scam,” Wittmann said in the release. “Representatives from the health department and other Moore County health care providers are indeed making calls to schedule vaccine clinic appointments but if someone calls you and they ask you for money, any account information, your Social Security number or to click on a link, be wary as these are sure signs of a scam.”

The Post-Holiday Surge, At a Glance

The following charts show how infections spiked in some of Moore County's key municipalities following Thanksgiving and Christmas.

If the state and the county are doing such a great job why are local doctors sending patients to Hoke and Cumberland county to get vaccine. I asked James Boles to comment on that very question...no answer. Surprised?

The county has moved from giving shots by age group in descending order to the date you signed up. Expanding the shots to 65 year olds was a very dumb move when the older age groups had not yet been inoculated. It creates anxiety and with no vaccine available as is the issue with Pinehurst Medical...anger and chaos.

None of this sounds like a great job to me.

There is one wale of a back log and Moore County seams to be crowing about the job they are doing. what am i wissing here.