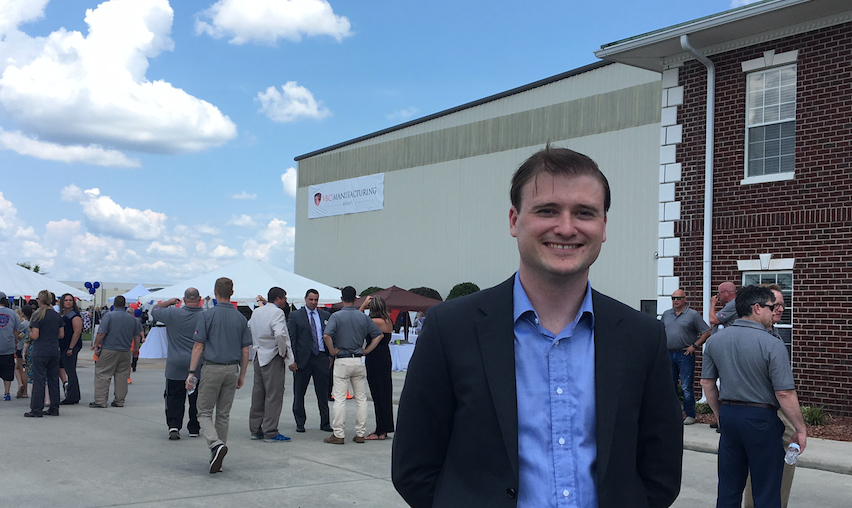 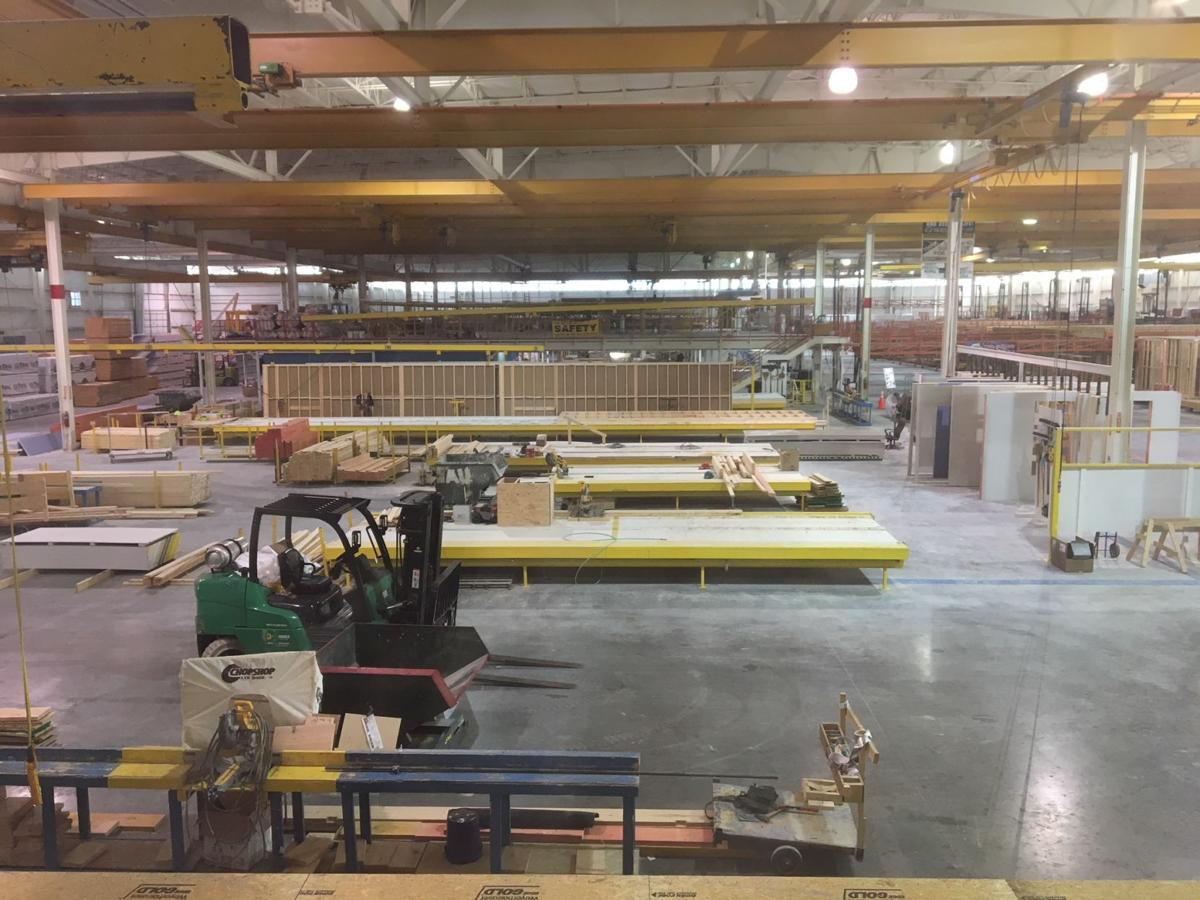 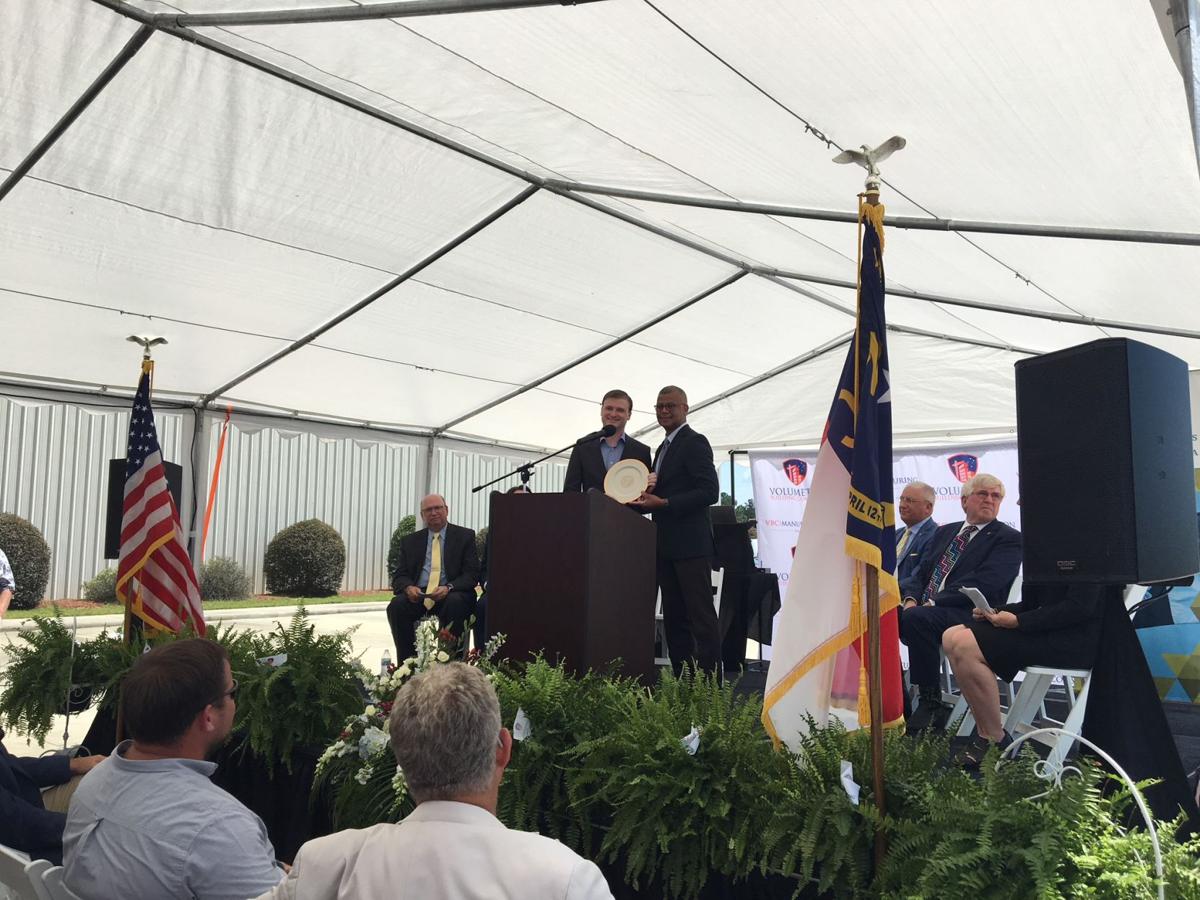 The future of volumetric modular construction is on the near horizon, at the former Ritz-Craft Homes facility in Hamlet.

This past week, Gov. Roy Cooper announced VBC Manufacturing will create 130 new jobs, and retaining 70 existing jobs, with plans to invest more than $12 million at the Richmond County plant within the next three years.

Vaughan Buckley Construction (VBC) is a producer of pre-fabricated building components for the construction industry. In recognition of its expanded operations, the Philadelphia-based parent corporation adopted the new name, Volumetric Building Companies.

“Growing businesses know they can rely on North Carolina’s excellent workforce to ensure they have the right workers for the job,” Gov. Cooper said. “Today’s announcement helps North Carolina’s reputation as a leader in modern manufacturing.”

The VBC project in Richmond County will be helped, in part, by a Job Development Investment Grant (JDIG) approved by the state’s Economic Investment Committee. The grant was formally awarded to JB Hamlet, LLC, a corporation owned by Vaughan Buckley and other investors which will operate using the company name VBC | Manufacturing – Hamlet.

Over the course of the 12-year term of this grant, the project will grow the state’s economy by an estimated $252 million. Using a formula that takes into account the new tax revenues generated by the new jobs, the JDIG agreement authorizes the potential reimbursement to the company of up to $2,179,000, spread over 12 years.

VBC’s JDIG agreement calls for the company to invest $12,750,000 in the project and also ensures that 70 existing jobs from the prior operation are retained, Cooper said.

“Getting the opportunity to grow with an existing group of dedicated workers, to create the factory of the future together, is an amazing opportunity,” said Vaughan Buckley, VBC’s owner and president. “Having these resources in place allows our company to simultaneously focus on its core values, while also looking towards the future of this factory and the industry as a whole.”

The new plant will produce ‘volumes,’ a term used to describe modular units used for high density residential construction. VBC plans to enhance the plant’s current capabilities with investments in the plant building, its workforce, and new technology.

While Ritz-Craft had primarily focused on single-family housing modular construction, VBC specializes in the manufacturing of multi-family housing units for hotels and apartments.

“What this represents is good quality jobs and job stability,” said Kenneth Robinette, chairman of the Richmond County Board of Commissioners.

The massive manufacturing facility is located in the Richmond County Industrial Park (RCIP), which is currently also home to Big Rock Sports, RSI, Home Products, and Laticrete. The county-owned property is bisected by Interstate 73/74

Initially established as part of a controversial $3 million bond project to purchase the site, Robinette said he was pleased to continue to see positive results from that investment.

VBC’s site location decision creates new opportunities for production personnel, logistics handlers, and office staff. Although wages will vary by position, the average salary for all the new positions will reach $39,270. The current average wage in Richmond County is $34,008.

“They took a bold chance and purchased the property we are on, and surrounded by, to develop an industrial park owned by the county for this exact purpose: to attract quality businesses to Richmond County,” Butler said.

Kenny Flowers, who serves as the Assistant Secretary for Rural Economic Development, was one of many local and state dignitaries to attend a grand opening celebration held at the VBC facility on Monday.

“This an opportunity to celebrate innovation and new ideas and the state’s leadership in manufacturing,” Flowers said. “This is a perfect example of how our state attracts the very best companies in manufacturing as we work with business leaders to develop new opportunities.”

“We celebrate this announcement (today) as a win for the state, for the county, and for Hamlet,” he added.

“We are going to attack one of the greatest problems in America, and that is affordable housing,” he said.

McInnis said the General Assembly continues to work on legislation against rules and regulations they believe put limitations on home builders and challenge affordable housing construction.

“The backbone of our great country is construction. Without construction we have no economic prosperity,” McInnis said.

Buckley said his companies have “ramped up their business tremendously” over the past few years and thanked Ritz-Craft for allowing them to take the next step forward.

“We are able to come in and make a difference and that is not possible without those first steps,” he said, also acknowledging the dozens of plant employees on-hand. “Once this acquisition is complete, we will have acquired a whole lot of new customers. The people on the production line are our customers because they produce the value that our organization creates. They are the reason this company can run.”

Under the new name, Volumetric Building Companies, he said they will become the new standard for modular construction and manufacturing. Their intent is to revitalize the manufacturing industry and also be part of the solution that brings affordable housing to the masses.

“This is not our peak, this is a first step. It is a dawn to the future,” Buckley said.

Seems to me that the $2M grant is a good investment as it creates 130 new jobs and preserves 70 jobs. They type of manufacturing jobs that pay better in a county that could use them. I've done some consulting work in that industrial park, it is an asset worthy of expansion.

More corporate welfare. $2m will be taken from other companies to gift this one: Robbing Peter to Pay Paul. Just say no to corporate welfare - minimize regulations and taxes for all businesses, not just the chosen few.