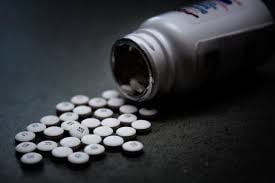 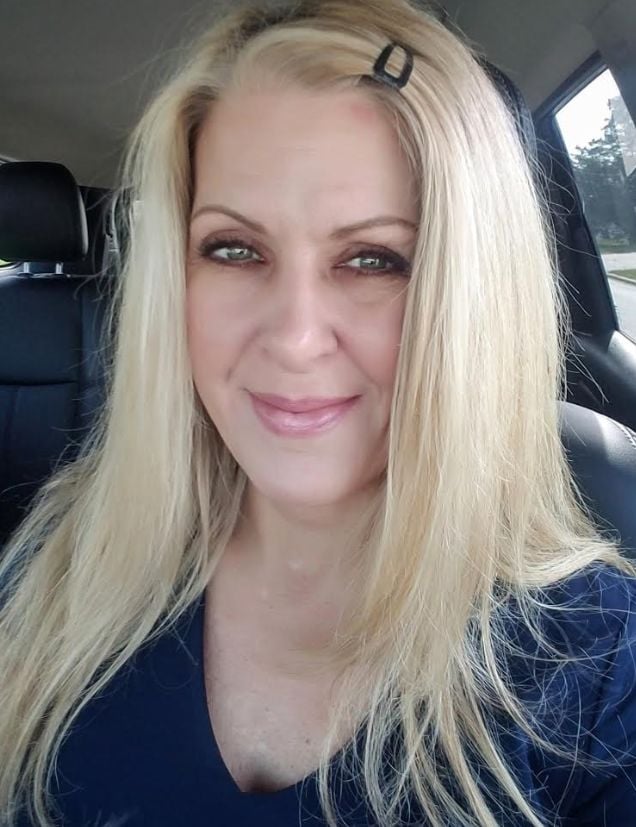 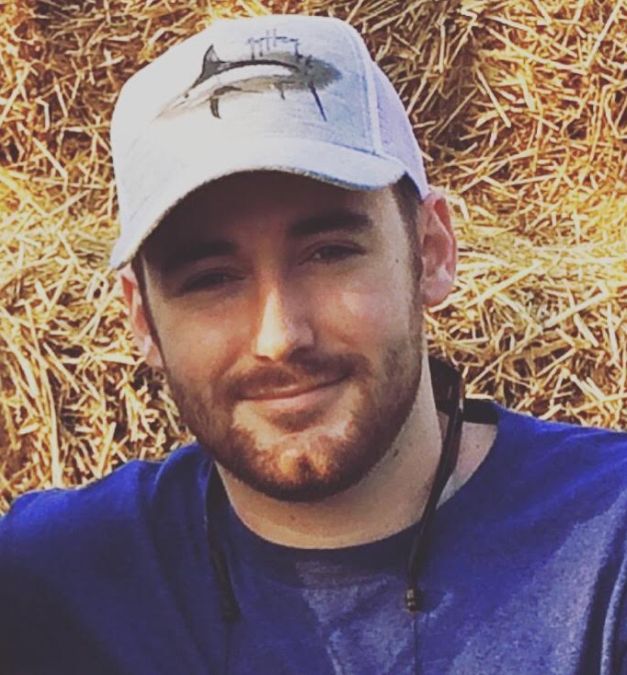 When he wasn’t in a cloud of narcotic drugs, Alex Humphrey was a typical Southern gentleman.

“He was a light in my life. He was good-looking, he was well-dressed, and everybody loved Alex,” said his mom, Stephanie Hoover. “But the drug was stronger than him.”

Humphrey began experimenting with marijuana when he was a young teen. He struggled with addiction all through high school, Hoover said. At 18 years old, he overdosed for the first time.

“It took 45 minutes to get an IV in him. The medical report when he arrived at the hospital said his condition was not sustainable for life,” she said. “As a mom, you are crushed. You want to fix it and make it better.”

Hoover convinced her son to check into a drug rehabilitation clinic, first in Raleigh then at a facility in Rockingham. When Humphrey came out, he was clean.

Six months later he was hanging out with his old crowd. He ended up living out of his car, pushed to arms length by his mother while she tried to protect her younger children from Alex’s destructive behavior.

“It broke my heart, but we kept in communication,” she said. “Then it was his choice to go back to rehab.”

The second time, he emerged clean, and he’d also fallen in love. Humphrey and his young wife moved to Dunn where they were raising their daughter. But he secretly was using again too.

In April 2017, he accidentally overdosed for a fifth time. A month later, the last time Hoover saw him alive, he was still abusing drugs.

“When I saw him on Memorial Day, I knew he was high. I told him, “I love you, and you can’t keep going on like this,” Hoover said. “On June 2nd, I received the phone call that no parent ever wants to receive.”

“It was life-changing,” his mother said, quietly.

“Addiction did not just affect Alex. Whether you knew him personally or are a friend of our family, you are affected. Those of you who know addiction...know the everyday struggle.”

Her prayer, she explained, is that his life was not in vain. And determined to change the outcome for other families, Hoover said she made a promise to Alex to do whatever she could to help at least one person.

The Pinehurst mother of six is now one of 18 peer-to-peer support specialists working to raise awareness and educate people in Richmond and Moore counties through the Sandhills Opioid Outreach Response Consortium (SOORC).

The peer-to-peer support specialists are on the front line assisting these various organizations, working directly with impacted families.

“There are so many things I did wrong, but there are things I did right too. If there is something I can do to help one parent walk through the ugliest time, it is worth it,” Hoover said. “Getting into the nitty-gritty of how ugly it was, I will do that because I hope it can help.”

For people who are fighting their own demons, she said if you take away anything from Alex’s story, understand that recovery must come first.

The Centers for Disease Control (CDC) has proclaimed North Carolina as the second worst state in the nation for overdose deaths.

Here in the south-central region of the state, the epidemic impacts everyone in the community: people are dying, lives are disrupted, families are torn apart, and health care costs are rising.

According to data shared by FirstHealth of the Carolinas, the majority of overdose deaths are attributed to males more than females (63 percent versus 37 percent in North Carolina), and primarily Whites (85 percent) over any other race. The highest incidence occurs in individuals ages 25-44 years, followed by older adults ages 45-64 years.

In 2017, over six North Carolinians died each day from unintentional medication or drug overdose — a 28.6 percent increase compared to 2016.

This year the statistic has risen closer to eight overdose deaths a day in the state.

The South-Central Region Opioid Response Network and the Sandhills Opioid Outreach Response Consortium are committed, multidisciplinary partners dedicated to improving access to treatment and recovery, building a peer support infrastructure, and connecting individuals and partners to contribute to these efforts. The network has leveraged fiscal resources to evolve systems-level change to increase the number of people in active recovery and also reduce overdose deaths.

Some of the hardest hit areas for unintentional overdose deaths include Lee and Richmond counties, to the immediate north and south of Moore County where the rate per capita is increasing. In addition, for every opioid overdose death, there were nearly two hospitalizations and four emergency room visits due to the overdose.

The N.C. Opioid Action Plan (NC-OAP) was created with seven focus areas to reduce addiction and overdose deaths, including creating a coordinated infrastructure, reducing the oversupply of prescription opioids, increasing community awareness and prevention, and expanding treatment and recovery-oriented systems of care.

FirstHealth, through its consortium partnership, was the recipient of three federal grants distributed in quick succession last year, all geared toward opioid reduction efforts.

“The goal of the consortium is to bring everyone to the table: treatment and recovery, law enforcement, and public health,” said Roxanne Elliott, policy director with FirstHealth’s Community Health Services.

The premise is that by linking people, no matter where they are in the system, they can achieve streamlined access to the resources that are available in the community. As part of these efforts, a comprehensive webpage (FirstHealth.org/recoveryresources) will launch at the end of July.

“Whether people are looking for peer support, harm reduction information, Good Samaritan laws, or where to get a Narcan prescription, we are putting everything in one place for our region that will be as up-to-date and accurate as we can get it,” she said. “This will be a platform across every agency in the program.”

For people who are already in the process of completing a treatment and recovery plan, but may be without healthcare coverage, the grants also provide financial resources to help ensure individuals have access to replacement medication, if needed.

“Addiction is a disease. And like any chronic condition it may need to be managed with medicine,” Elliott said. “Addiction changes your brain and decision-making processes. That is part of the disease, and the replacement medication can help decrease the cravings.”

In addition, FirstHealth has engaged in a broad-scale effort to monitor prescriptions and standardize pain medications orders for hospital and clinic patients throughout its 15-county service area.

“We’ve seen a decline in our (narcotic) prescriptions. Our providers are prescribing less, no doubt,” Cowell said. “FirstHealth has taken a proactive stance on ensuring responsible use of opioids and appropriate follow-up and referral.”

FirstHealth has also invested a significant portion of the grant funds to create the peer-to-peer support specialist program. The participants are all individuals who have “opioid-lived” firsthand experience as a caregiver, like Hoover, or they are former addicts with at least two years of active recovery.

Once trained, the peer-to-peer specialists are embedded with various agencies and locations across the five-county area served by the consortium, including rapid response teams.

“They are absolutely powerful and are essential in this endeavor,” Elliott said. “We have made sure to put them in places where they will encounter people who are struggling.”

The stigma that surrounds addiction can be a huge hurdle. Having conversations with someone who has lived through this experience is particularly important, and the peer-to-peer specialists can present programs to any community group interested in the program.

“We want to teach people that this is about support, about hope and getting rid of the stigma that is part of this,” Elliott said. “We can bring data and also information on ways that different resources can be used.”

A Troubled Past, A Fresh Start

“I had two parents and a good upbringing,” said Kirk, now 48 years old and a peer-to-peer support specialist embedded with the Richmond County Department of Social Services. “But I was kind of wild.”

As a teenager she went on a month-long cocaine binge. After that, whenever her life would get rocky, she’d go back to abusing drugs.

“It was my coping mechanism,” she said.

While living in South Florida, she was arrested for “doctor shopping,” a felony conviction, and sent to jail.

“I looked around jail and thought, I do not belong here. I was surrounded by heroin addicts and prostitutes.”

She thought she hit rock bottom several times, but it wasn’t until she moved away that she was able to turn her life around.

“I think it is so important to change your people, your places and your things,” Kirk said. “I had been through multiple types of therapy, but what I really needed was to change my thinking.”

The best part of her role as a peer-to-peer support specialist is getting to see that kind of change happening every day.

“People know they can let their guard down and talk about what is going on. It is that commonality we share that allows them to be honest and start to make real changes,” she said.

Kirk said she gets it, and understands how people can get stuck. Her job is to get them going again by helping them connect to resources and work around the obstacles that are preventing them from getting their lives back on track.

While some addicts are successful using an abstinence method, she said others — like herself — fare better using a replacement medicine, or Medication-Assisted Therapy (MAT).

“A big component for me was MAT. It saved my life,” she said. “It is what allowed me to stop obsessing and craving and just look at my life.”

Kirk sees her role now as setting a good example by being someone who has done it, “I want people to know that recovery is possible. If I can do it, you can do it.”

Editor’s Note: This is the second in a two-part series looking at how medical providers are handling the opioid crisis locally.