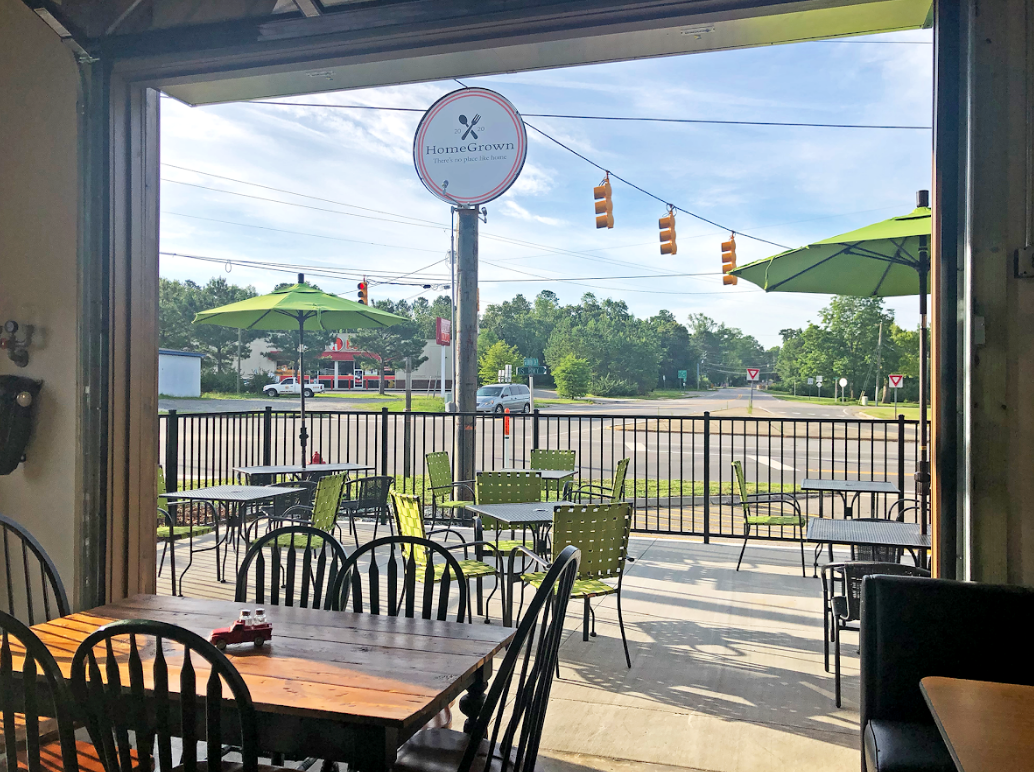 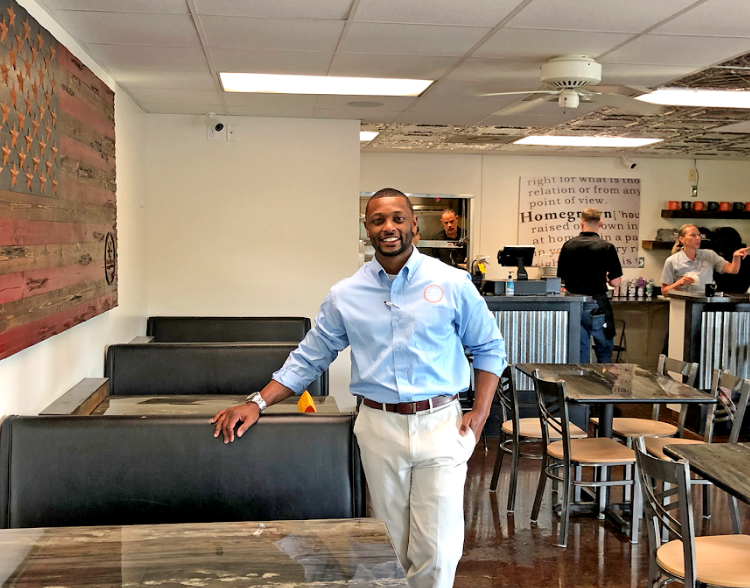 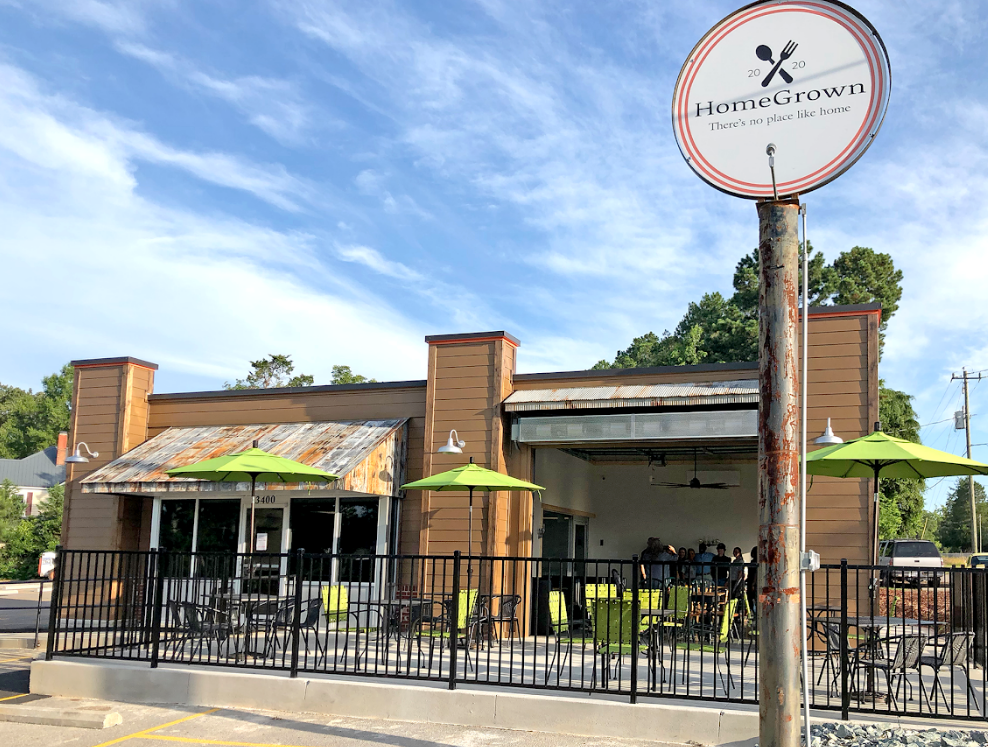 The former home of Miller’s Family Restaurant and, most recently, Santo Dios Mexican Cuisine, has new life — and a new look — thanks to HomeGrown, a venture by longtime Vass resident and new restaurateur Darrell Yates. The restaurant has been highly anticipated since making its debut on social media months ago.

“When this was Miller’s Family Restaurant, it was not only a place to eat, but a place to come and reconnect with family and friends,” Yates says. “There’s been no real place to sit down and eat a homestyle breakfast in Vass, and I’m excited to bring that back to the community.”

Now open at 3400 US 1 (the corner of U.S. 1 Business and Main Street), the interior has been streamlined, and space has been expanded with a room addition that leads onto a patio via an oversized, roll-up garage door. Weathered accents both inside and out lend a rustic and, well, homegrown vibe.

“I’ve always been interested in the style of a restaurant,” he says. “I didn’t want to be known as a mom and pop diner. People come to, and want to come back to, a place that has a comfortable and cool feeling to it.” For those of you for whom that means wi-fi, you should know he has it.

Military service brought Yates to Vass 12 years ago. A self-described people person, he fell in love with the “hustle and bustle” of restaurant life when he picked up a side gig as a waiter at Valenti’s. After leaving the military to spend more time with his four kids, Yates earned a degree at Sandhills Community College and managed Coach’s Neighborhood Grill locations in Sanford, Albemarle, and Martinsville.

He’s brought on 14 staff members, led by head chef Chavez Foxx, formerly the kitchen manager of Coach’s in Sanford; and front-of-the-house manager Jill Vanderbleek, a lifelong friend of his mother with extensive restaurant experience who will serve as the “face of the restaurant.”

The breakfast-and-lunch menu was developed with the community in mind, featuring familiar items like the HomeGrown Handful and Pimento Burger, below — along with items like fried green tomatoes and black bean chowder.

“You might find a few items on the menu that wow you, but most of it is simple food. Simple food, done correctly.”

Booths line the walls, while small tables make up the interior. A farmhouse table sits in the new addition.

“This was the perfect opportunity for me — because of the location and the legacy of the beloved Miller’s Family Restaurant,” Yates says. “I’m aware that I’m a size 6 stepping into a size 12 shoe, but we’re gonna grow into it one day at a time. The community has been really accepting and we can’t wait to serve them.”

Seems that you are well qualified and this venture will be a successful one.