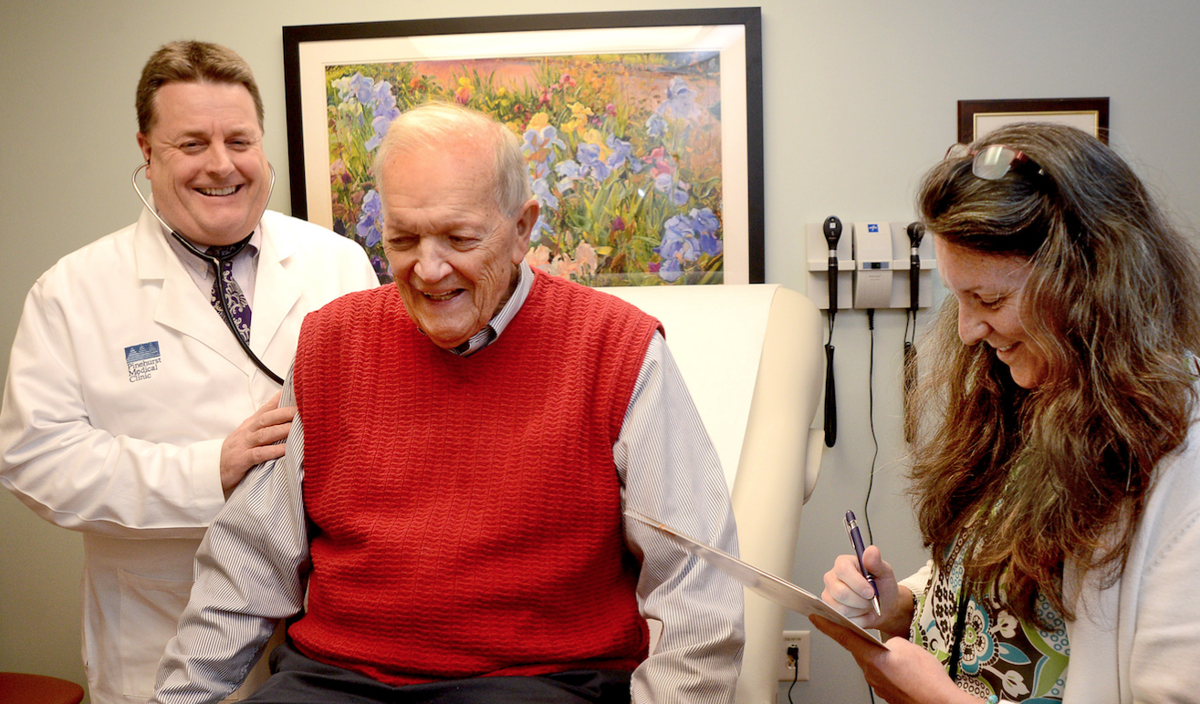 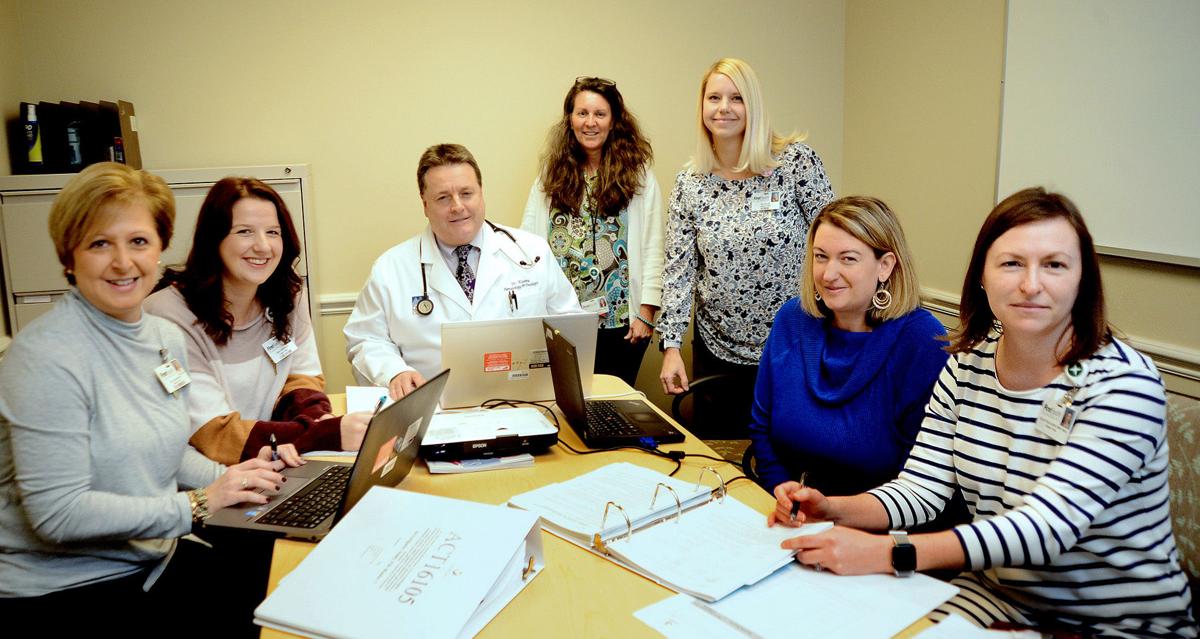 As the institutional principal investigator of clinical trials for FirstHealth of the Carolinas, he spends his days collaborating with numerous doctors and four department coordinators who manage up to 30 active clinical trial studies involving hundreds of patients.

“The advanced medical treatments that we enjoy today are thanks in part to medical research,” Kuzma said. “Patients elect to participate in a research study that not only could improve their health or condition, but also could improve health care in the future for many others.”

In 2019, FirstHealth made history twice: enrolling the first patient into a worldwide trial testing the efficacy and safety of immune therapies designed to battle cervical cancer, and as the first health care system in the nation to participate in a clinical study with Intuitive Surgical’s ion endoluminal system, a catheter-based, robotic-assisted technology.

“Everything we do with patient care is based on another patient going before them in the treatment.”

FirstHealth initiated its clinical trials program in the early 1990s with one doctor and one coordinator. But interest had waned prior to Kuzma’s arrival.

A medical oncologist/hematologist and U.S. Navy veteran, he was recruited by FirstHealth in 2009 to help reinvigorate the program. At the time, there were only three patients actively enrolled.

One of his earliest goals was to bring FirstHealth into the Southeast Cancer Consortium, a community network of private practices and public hospitals involved in cancer clinical research.

“There is strength in numbers,” Kuzma said, noting it can be challenging for a single institution to recruit enough patients for a study.

The National Cancer Institute (NCI) sponsors most of the clinical trials at FirstHealth Moore Regional Hospital. Pharmaceutical or drug companies also sponsor clinical trials, while others may be sponsored by cancer research facilities at UNC-Chapel Hill and Duke University.

“You don’t make money with this. What you do is advance the science and outcome of your patients,” Kuzma said. “But we also have a responsibility to the hospital to not be a money loser. It’s not about making money, but we try not to lose too much.”

Currently, there are 22 clinical trials underway at FirstHealth dedicated to cancer research, while the hospital as a whole is conducting approximately 10 non-oncology trials for other medical conditions.

Patients include folks like Pinehurst resident Ken Hill, who discovered he has chronic lymphocytic leukemia (CLL) in 2012, when he was being treated for skin cancer.

When a routine blood scan three years later revealed a saturation of cancer cells, Kuzma recommended Hill for a clinical trial of a drug that could be added to his infusion regimen. The sponsor of the trial, Alliance for Clinical Trials in Oncology, funded the cost of the treatment.

Within a few months, bone marrow scans began tracking a remarkable reduction in the cancer cell saturation in Hill’s blood.

Those positive outcomes have continued as part of Hill’s ongoing treatment in the clinical trials program. In addition, he and his wife, Betty, now serve on a peer support advocacy group sponsored by the Southeast Clinical Oncology Research Consortium.

One of the horrible things about cancer is it paints you in a corner,” said Kuzma. “This program gives patients another opportunity to improve.”

Importantly, patients in a clinical trial are all volunteers and they can expect to receive the current standard of care or a new treatment that the study sponsors believe is as good as or better than the standard of care.

Kuzma added that having a robust clinical trials program is also in the best interests of FirstHealth.

“Each clinical trial takes you farther down the road. For example, breast cancer treatment is so different now than in years past because some patients were selfless in their approach.”

Clinical trials are conducted in stages that are ranked within four progressive phases -- from early investigative work to continuing research into long-term use and side effects.

A patient’s eligibility for a clinical trial is determined by a participating physician and research nurse, but the final decision whether or not to participate is made by the patient themselves.

“Every trial has different eligibility criteria. And patients who go into a trial are generally healthier and a bit more motivated,” Kuzma said.

But it can be a scary process for patients because the selection is randomized to eliminate bias.

“There is an equal chance for the patient to be on either side of the treatment question. The patient doesn’t have a say and the hospital does not have a say,” he said. “We encourage participation but we are not insistent on it.”

Patients and their families seeking more information about clinical trials at FirstHealth of the Carolinas can visit www.firsthealth.org/reference/clinical-trials or talk with their own physician.